Mark Jenkins creates and installs his art in the streets of Polish city, Lodz. The American artist, born in Virginia, and known for using trash to create his art, gave a good scare to by passers with  his realistic installations. END_OF_DOCUMENT_TOKEN_TO_BE_REPLACED 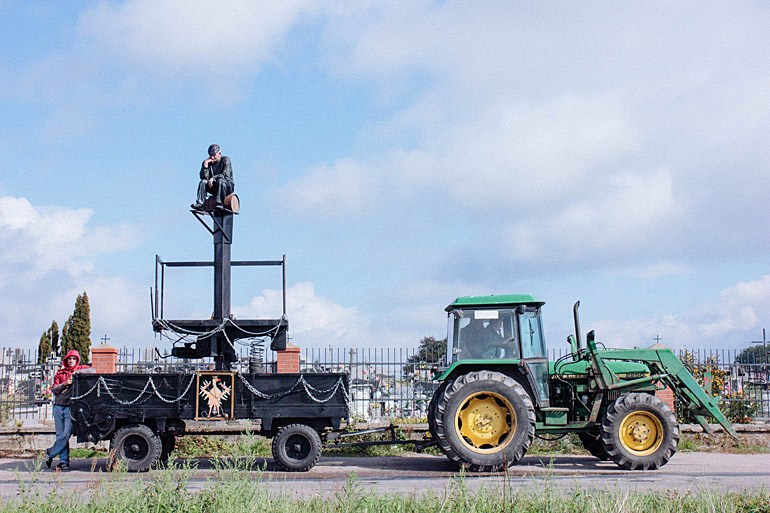 Magdalena Lazur from www.culture.pl sent this great article about Daniel Rycharski  The influences of street art is making a change that people in cities and villages look to public art nowadays. END_OF_DOCUMENT_TOKEN_TO_BE_REPLACED 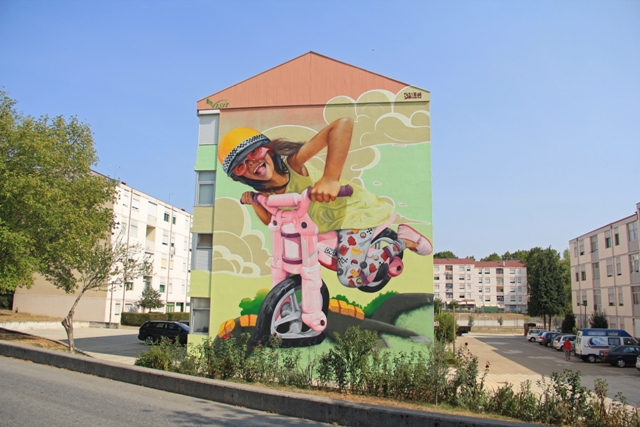 Born in Lisbon in 1985. He currently lives in Pontinha parish in Odivelas. SMILE, influenced by his mother, since very young he was interested in drawing. But it was through two cousins that his interest turned into passion. END_OF_DOCUMENT_TOKEN_TO_BE_REPLACED 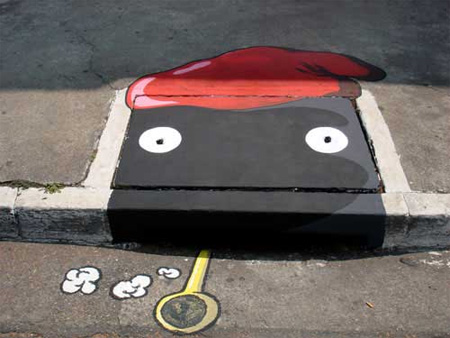 The 6emeia project by Anderson Augusto and Leonardo Delafuente was created to brighten up the streets of São Paulo, Brazil. Over the years, their painted storm drains have turned into popular tourist attractions. 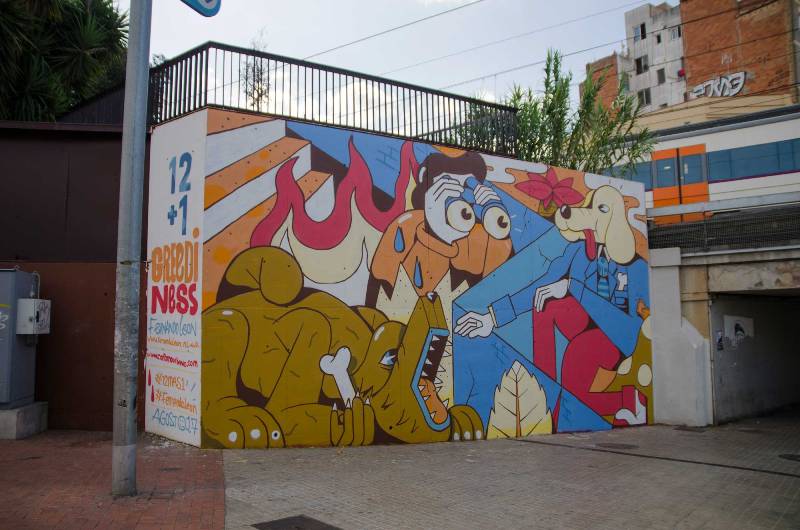 Fernando Leon is a freelance illustrator/mural artist from the Netherlands. He started with graffiti when he was a little kid and this is when he discovered that he likes to draw more than just letters. END_OF_DOCUMENT_TOKEN_TO_BE_REPLACED

Once upon a time, a loner began to draw in her/his spare time to alleviate anxiety. After walking hours and hours in Paris this loner decided to leave their drawings in public spaces, sometimes in areas where few people passed. END_OF_DOCUMENT_TOKEN_TO_BE_REPLACED 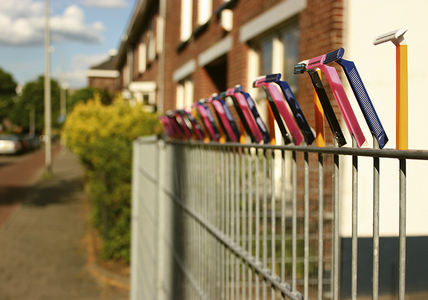 During her residency in Holland Aïda Gomez has developed a project about the real effectiveness of these limiters. “Concertina” – barbed wire in Spanish – is a fascinating and disturbing word, it sounds beautiful and musical but it represents a lethal element for those who try to pass over it. END_OF_DOCUMENT_TOKEN_TO_BE_REPLACED 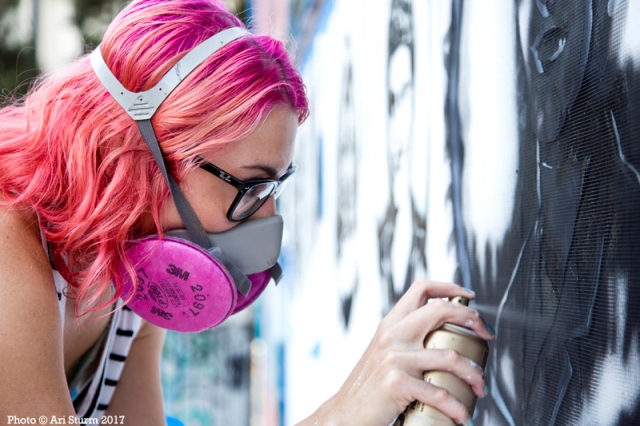 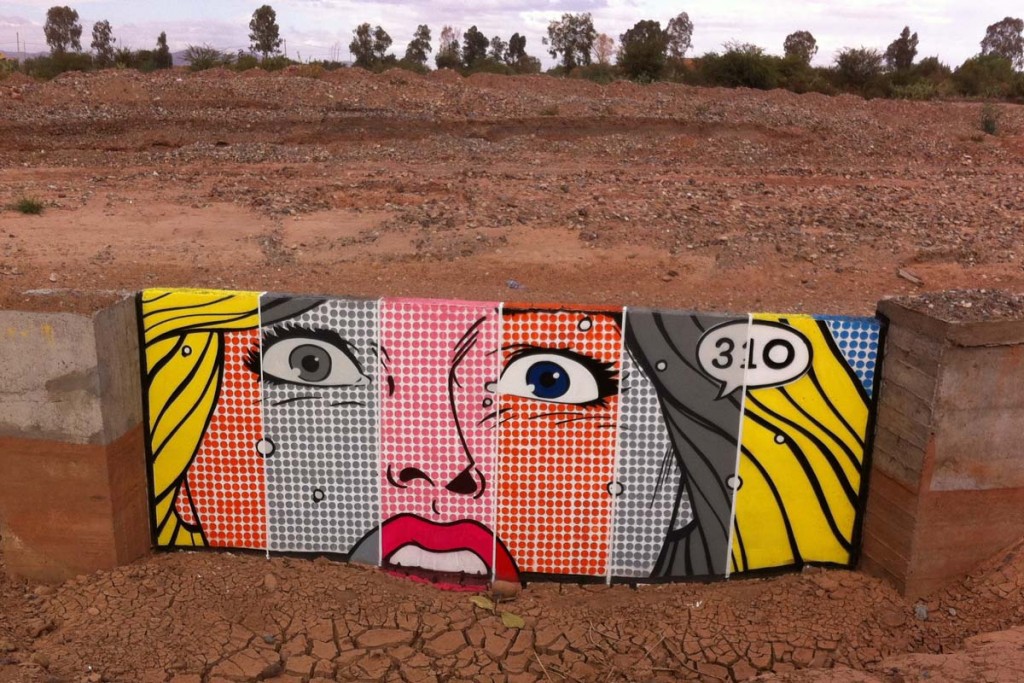 310squad – Moscow based project of artist Stepan Krasnov. Street work “310” can be found in the Russian cities (Moscow, Nizhny Novgorod, Vyksa, Magnitogorsk, Ufa, Yekaterinburg, Perm, and others.), Kazakhstan, Germany, Spain, France, and the canvases are in private and public collections in the USA, Switzerland and Russia, including the Tretyakov gallery collections. END_OF_DOCUMENT_TOKEN_TO_BE_REPLACED