It has been ten years since our effort to present to the general public a total project of frescoes from artists from all over the world began. It was the three-volume series of albums entitled MURALART: Murals on Huge Surfaces around the World—from Graffiti to Trompe l’oeil, where over 400 artists representing all the techniques and all ages were involved!

As we predicted at that time, “…the main goal was to bring together those who create the murals in public spaces, no matter if they were free or commission works, and with whatever technique or for whatever reason, discovering the common elements of our work, our dedication and the energy we invest in order to create a better and a more familiar environment…is a journey to victorious battles against the lack of public spaces, battles that redefined the use of public space…these artistic interventions demonstrate the importance of the artists’ need for expression in places where they can share their ideas with the people of the cities, communicate with them and even promote the active participation of the citizens…This interaction of needs and ideas of different people all over the world represents a unique opportunity for culture and respect for the different.” 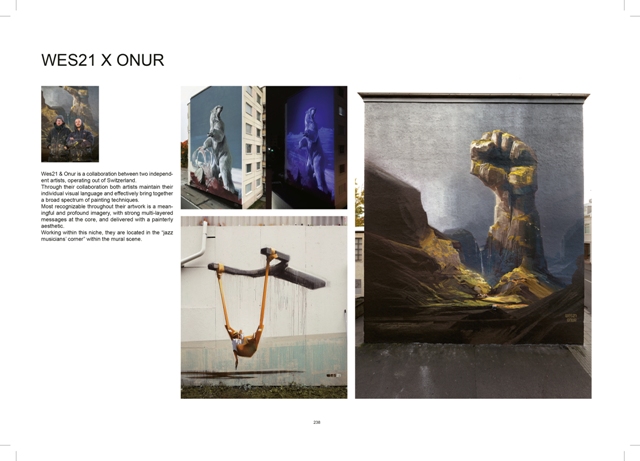 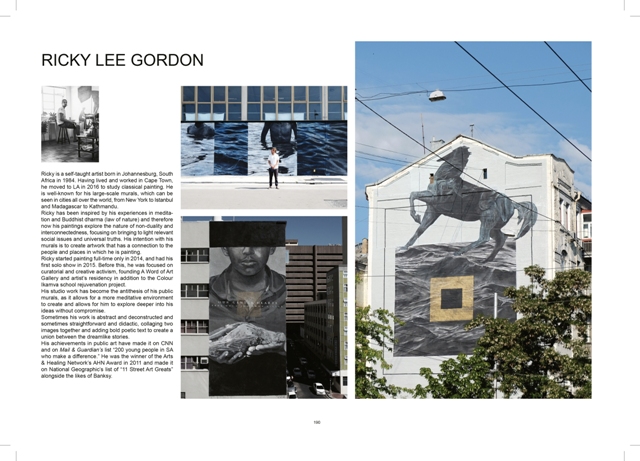 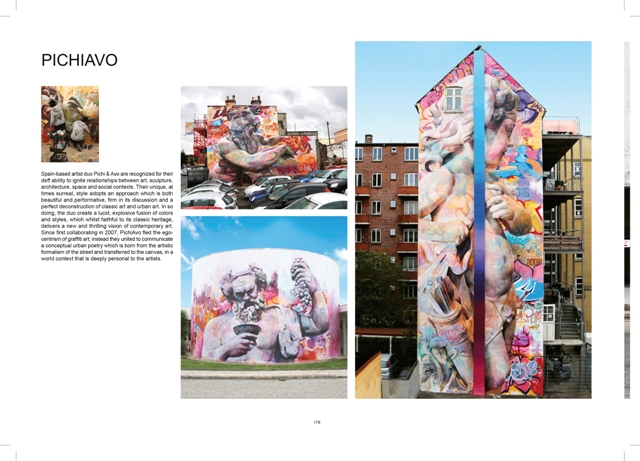 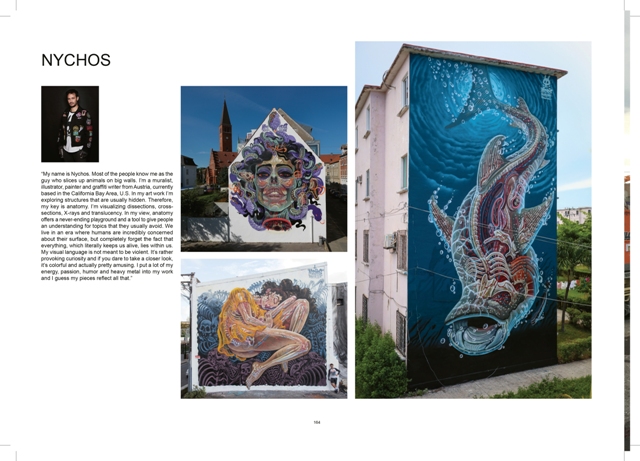 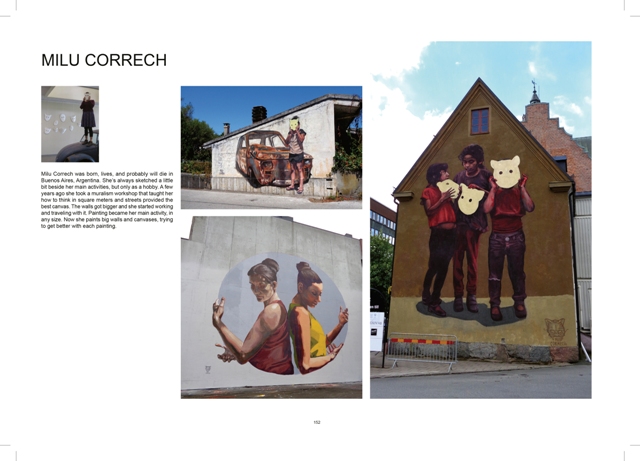 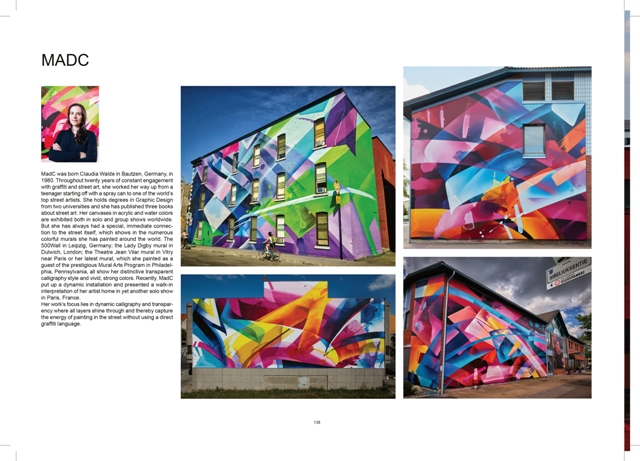 In this album, we present the level to which the art of public murals has risen today, including samples of what will follow in the future. So we present not only artists who took their first steps ten years ago, artists who developed and diversified their style, but also newly emerging artists who are taking this art form in new directions.Worldwide, dozens of festivals and urban art projects are implemented, either at the initiative of artists or by municipalities and cultural institutions, galleries, etc. These programs are unique in the field of art because they give citizens the opportunity to experience an open-air museum of outdoor art in their cities, to witness live the creation of visual works and to interact with the artists.

Artists-creators, with their colors, brushes, prints, sprays, volunteers, actors and citizens’ movements, intervene in the cities, sometimes expressing their thoughts, sometimes expressing the will of the neighborhood, sometimes legally, sometimes illegally, sometimes organized and sometimes individually. And in this way they drive the movement of the public mural in new directions: from simple decoration to political statements. They create and take part in various forms of public art, which have now acquired many labels: street art, urban art, graffiti art, public art, public mural art, community art, etc. 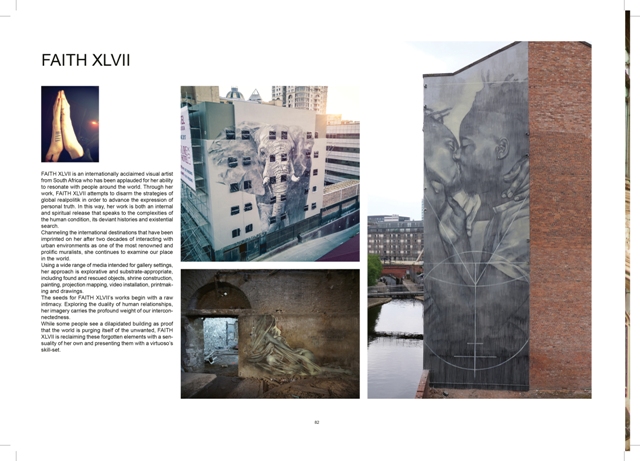 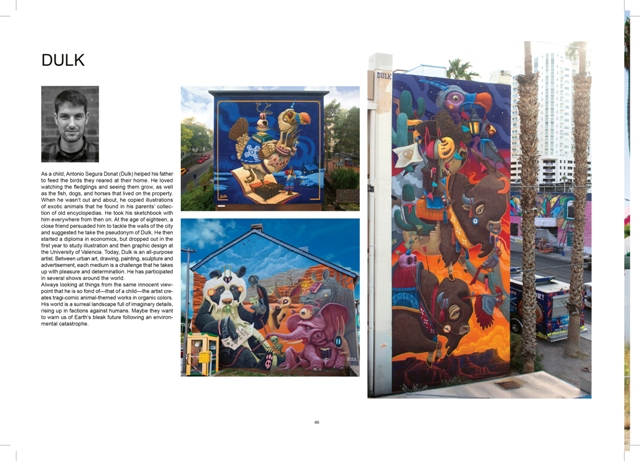 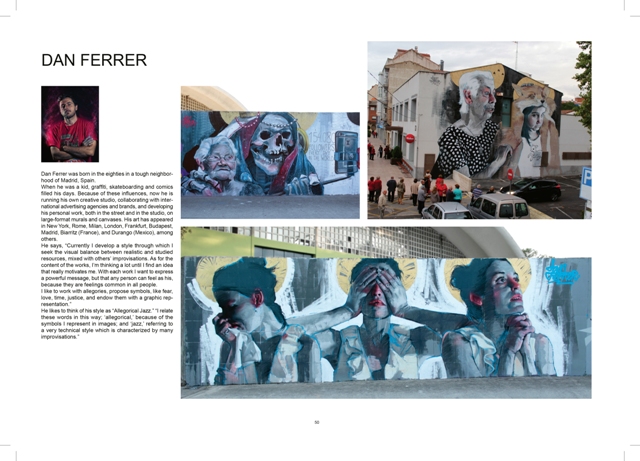 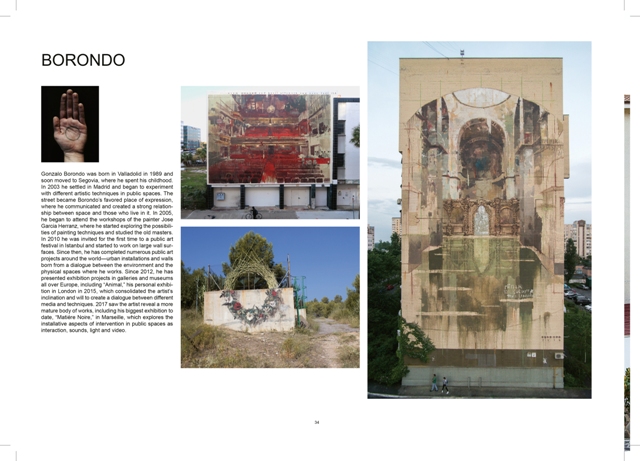 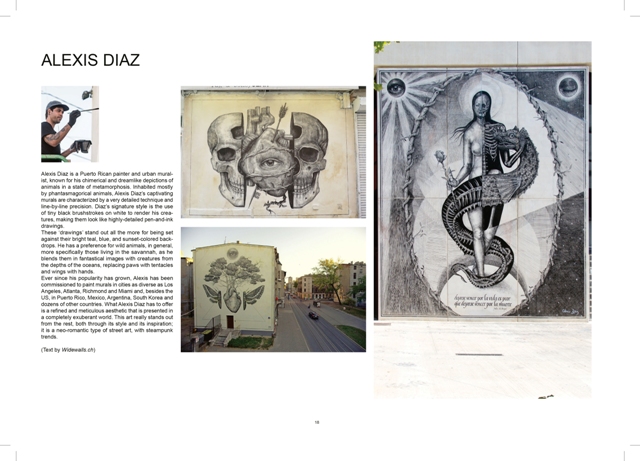 Together, from their own positions and experiences, Manos Stefanidis (Greek art critic and university lecturer), Anna Dimitrova (founder of Adda Gallery anddirector of Montana Galleryin Barcelona) and David Guinn (mural artist) testify to their reasons together.

We thank everyone who participated and supported this publication, who once again trusted us and devoted their time. Respect and love for all, and we are moving forward with the hope of taking another step further in our common struggle: for beautiful cities with creative and participatory citizens.

Get your copy here