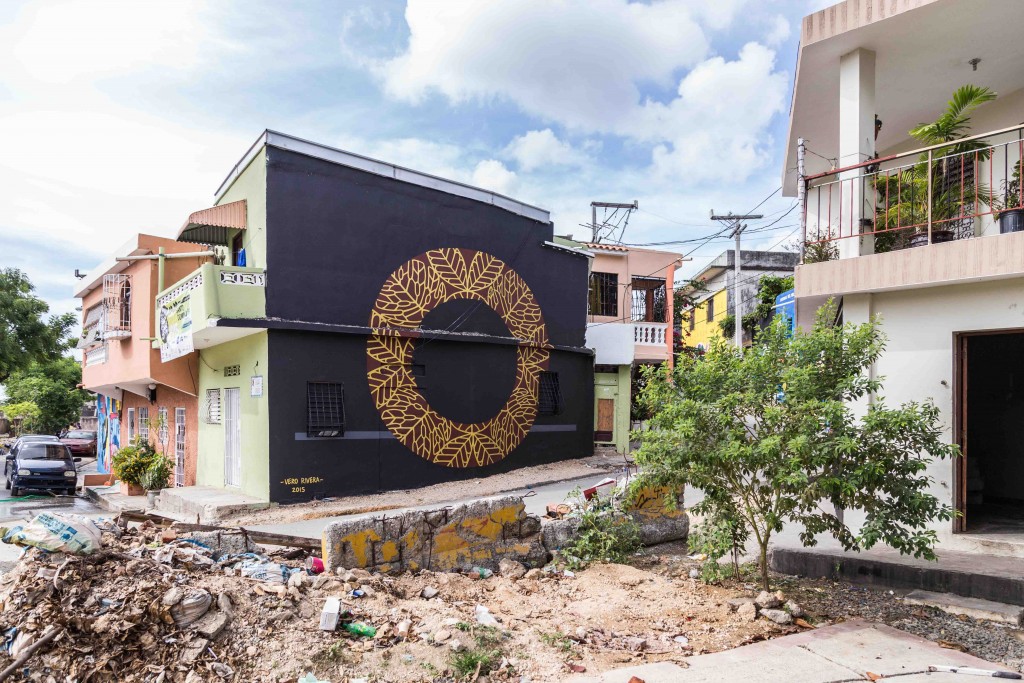 Santa Bárbara is a small town in the colonial area of Santo Domingo, the capital of Dominican Republic. It was an area where slaves were brought in and out of the city. Nowadays its a forgotten area from the rest of the Capital.

This wall has been titled “LIFE” by AXEL VOID , and is a part  of the “Mediocre” series. It was organised by the Arecibo Street Art Project by Biksimo, in Puerto Rico. An emblymatic art creation that hides more than meets the eye. Video by Tostfilms