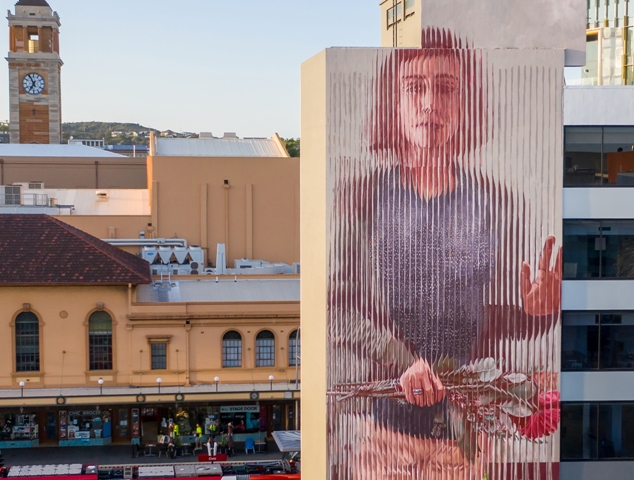 ‘Shadow’ is the title of the new work by Fintan Magee in Newcastle, Australia for Big Picture festival. This work painted alongside a statue of Australia’s first female mayor faces Civic park and the old civic train station in central Newcastle.

Last September a great festival took place in Estarreja, Portugal. It was organized by ESTAU together with Estarreja Town hall. It took place from the 10th – 18th September officially, but unoficcially, it was more than 17 days of conversations, movies, walls, workshops and tour guides.