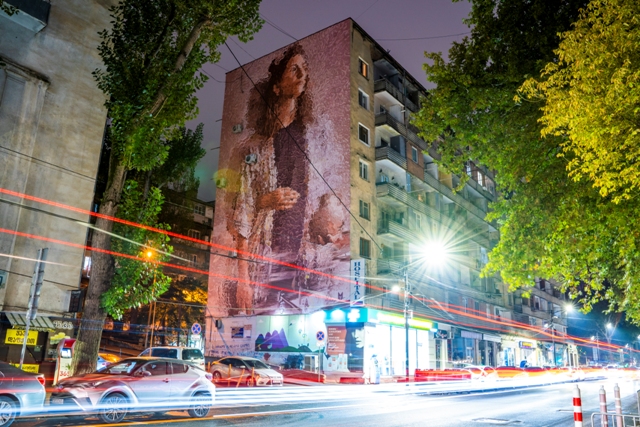 It has been four years now since Tbilisi has become the main hub of the internationally acclaimed festival—Tbilisi Mural Fest. The festival gathers widely recognizable artists from all over the world, including Georgia. With more than forty murals now in existence, the festival has transformed the appearance of the city, turning it into an open exhibition of urban art. These huge artworks have made Tbilisi into one of the best locations, as well as a popular travel destination for interested people from all over the world. 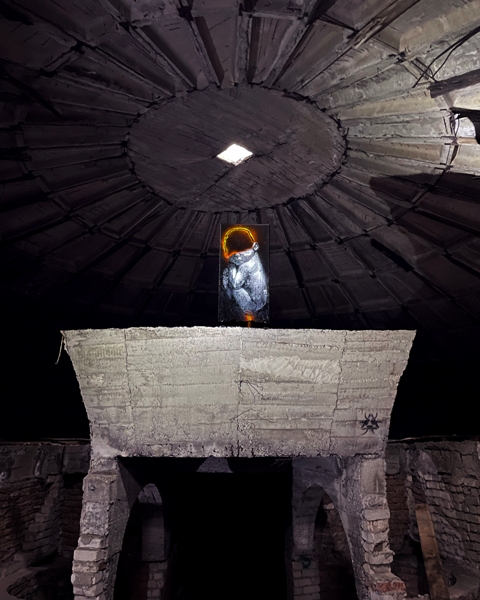 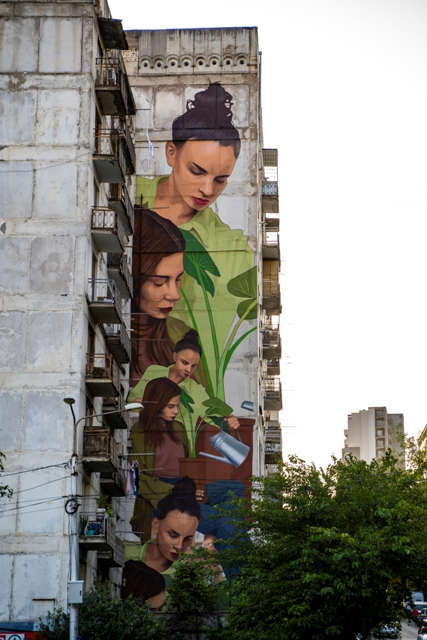 The artist line-up changes annually, and this year the Tbilisi Mural Fest welcomed Fintan Magee, VESOD , Sasha Korban, David Machavariani, Luis Gomez de Teran, ARTEZ, KERA, Mohamed l’Ghacham and Tina Chertova, who painted their murals in different locations of the city. Due to the format of the festival, the topic is never determined in advance. Although, it’s the nature of urban art to address social, environmental or any other relevant issues, the artists are free to decide what their theme is or what their murals will be like. 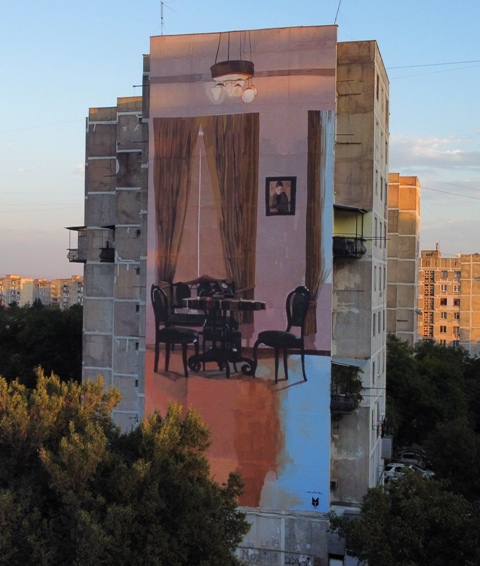 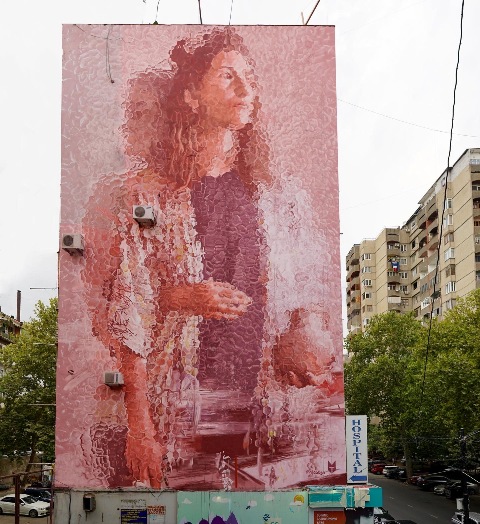 However, this was an exceptional year.

According to Besik Maziashvili, the founder of the festival, it was impossible to ignore the topic of the Russian invasion in Ukraine, especially since the Georgian people know just how it feels to be invaded by Russia. This is why he decided to focus on Ukrainian artists and give them a chance to express their feelings through their art. The well-known Ukrainian artist, Sasha Korban, who was an honourable artist this year, painted a portrait of a Ukrainian woman in traditional clothing right in front of the Embassy of Russia. Despite the terror of the war, the mural itself portrays the hope and strength of the Ukrainian people. 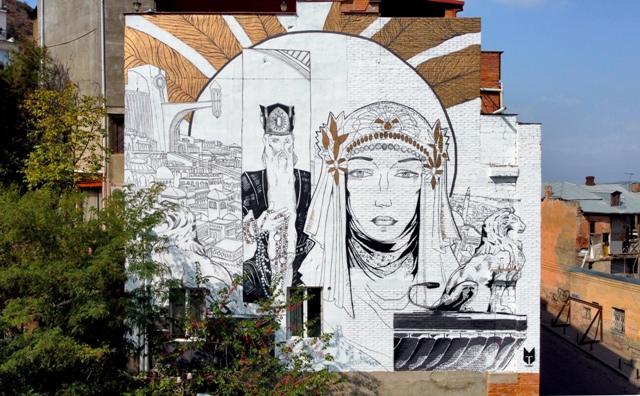 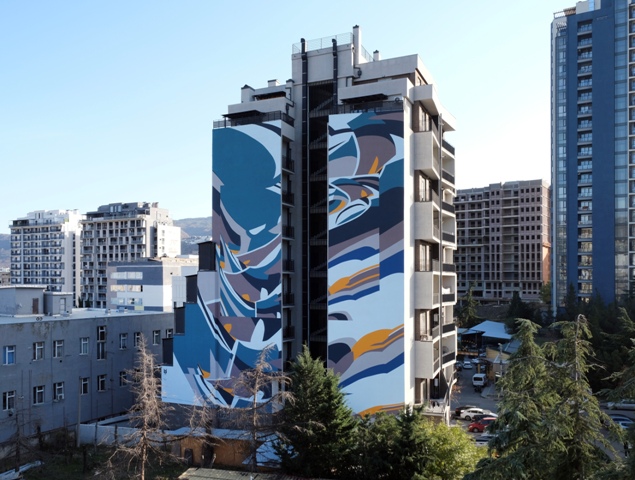 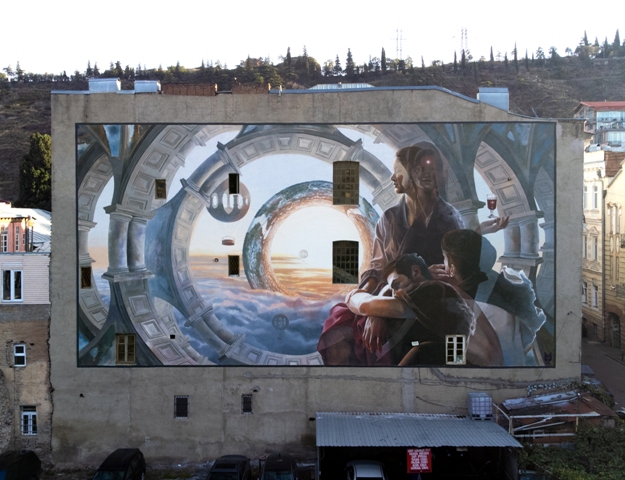 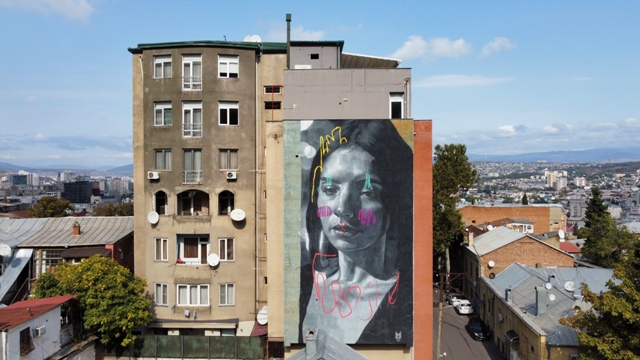 For the first time, in the frameworks of our festival one of our artists Gomez created an installation.

The Tbilisi Mural Fest continues to grow and develop, making urban art popular across the country and the whole world. Eventually, it will transform all the dull facades of the city into works of art, which will make Tbilisi even more beautiful. 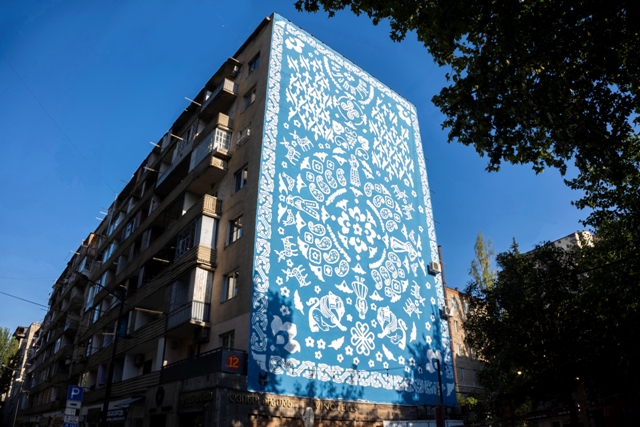 For the second year in a row, Tbilisi opened its doors to street artists from all over the world to turn the city into an open exhibition space within the framework of the Tbilisi Mural Fest. The festival was established last year with the support of Tbilisi and Berlin City Halls, creating a total of 24 large-scale murals. This year, the festival has entered university spaces. In cooperation with the newly opened Kutaisi International University, several large facades of the building complex have been painted and a new annual festival was founded in Kutaisi by the same group.