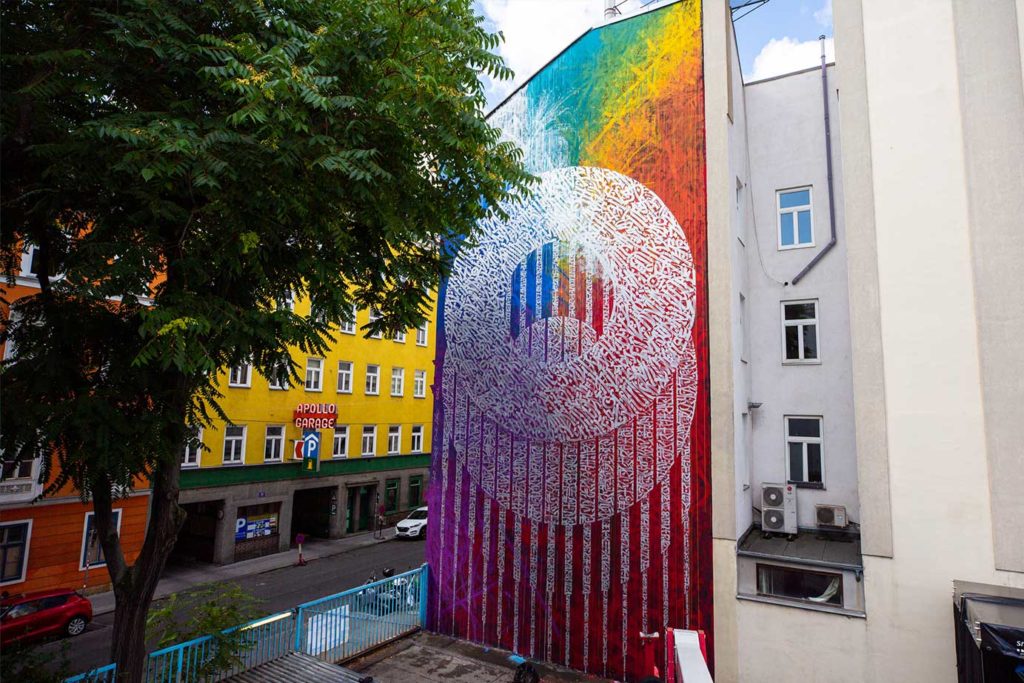 In this mural entitled Eclipse, Said Dokins refers to the multiplicity of possible definitions of a city like Vienna, asking passers-by to define or tell a story of their own experience in the place using a single word. 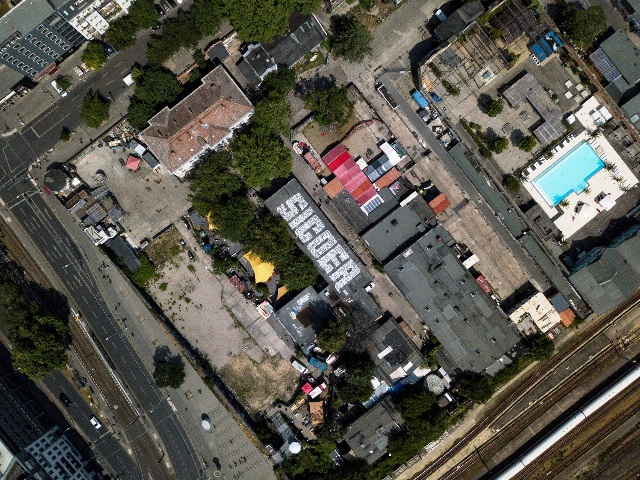 SICOER did not follow that tradition and instead ventured into painting the whole rooftop of Urban Spree Galerie on a roof surface of 700 square meters.

Said Dokins creates a mural on the ‘Panoptic‘ of an old prison in San Luis Potosí, Mexico. His new mural, ‘The witness. Stories of a word’, unveils the memory of the site. 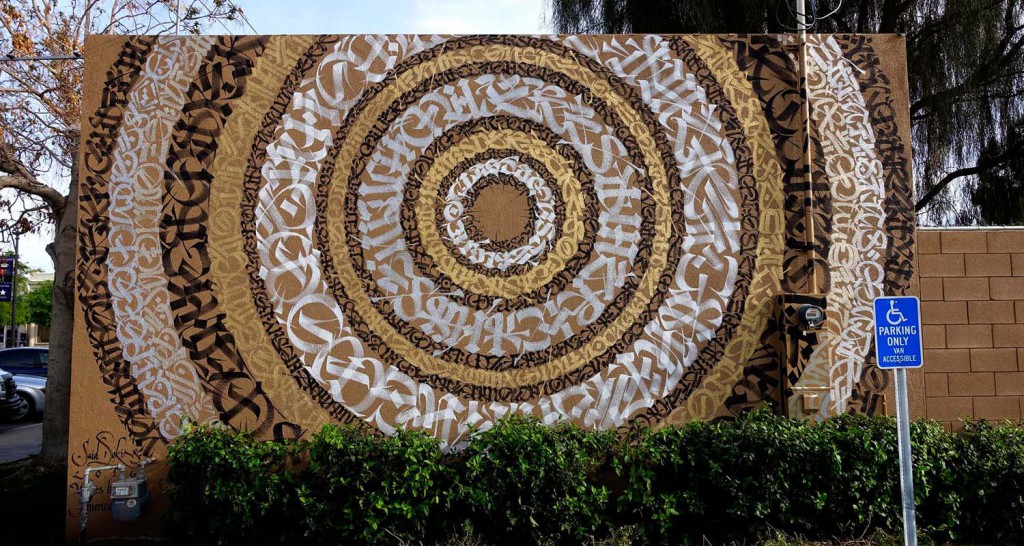 Said Dokins wall in CA for COACHELLA WALLS May 6th, 2016

Said Dokins has shared with us a mural that contributes in honoring women’s social struggle. Said made this wall in the city of Coachella, California, for the “Coachella Walls” Festival, with the support of Med Sobio (33 Third Media) & Date Farmers. 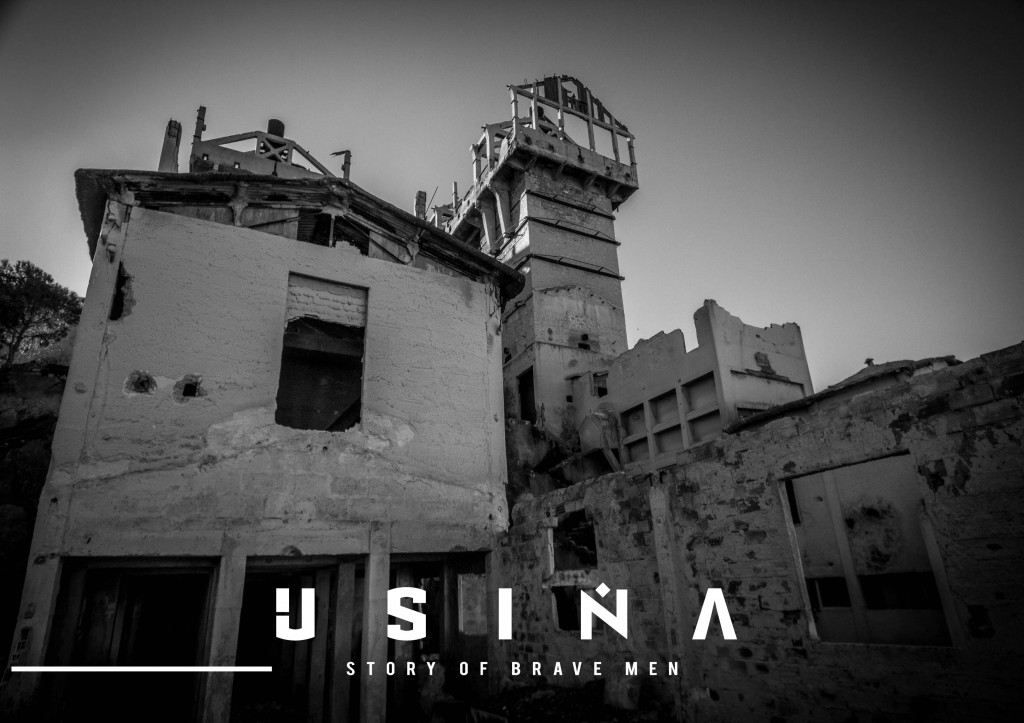 USINA means factory, before 1928 a category of workers build this factory to produce lime stones in Boukornine mountain. Calligraffiti artist, Inkman felt the need to attend to this location leaving his mark as a tribute.