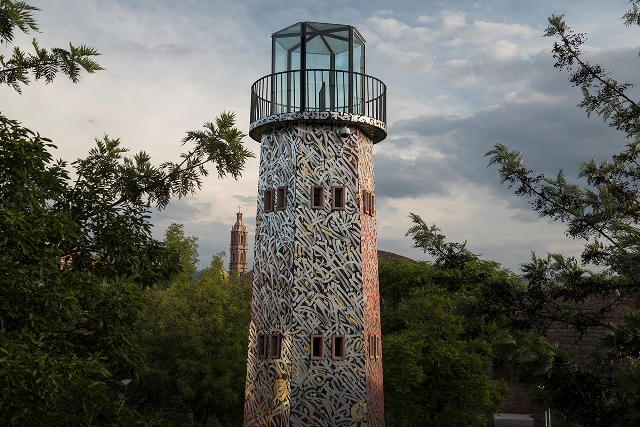 Said Dokins creates a mural on the ‘Panoptic‘ of an old prison in San Luis Potosí, Mexico. His new mural, ‘The witness. Stories of a word’, unveils the memory of the site.
The urban artist Said Dokins (Mexico, 1983), internationally recognized for his large-scale calligraphic work, has made a new mural intervention that transforms the watchtower of an old penitentiary into a jewel of Contemporary Urban Calligraphy. This creation is carried out during the celebrations of the Center of the Arts of San Luis Potosí 11th Anniversary, where the artist participates as a special guest with the exhibition ‘Runaway Writings’. 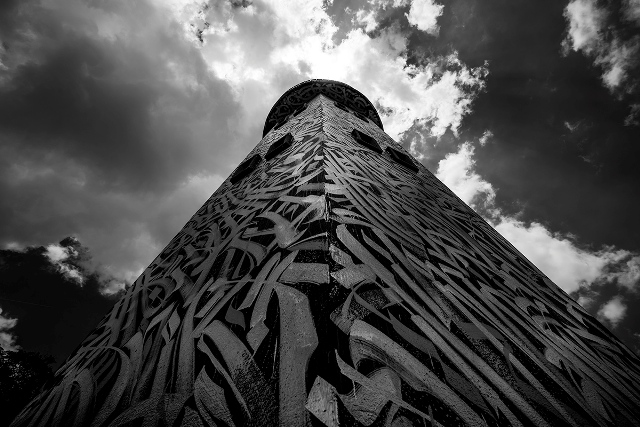 With the title ‘The witness. Stories of a word’, Dokins mural reflects on the role of the archive in the construction of cultural and historical memory, through the recordings of the testimonies of people who were involved in the place while serving as a penitentiary. Dokins intertwines the stories of prisoners, custodians, psychologists, even executives, to reinterpret them with his own style, rewriting these events and accumulating them in a multitude of strokes forming a texture that surrounds the tower. 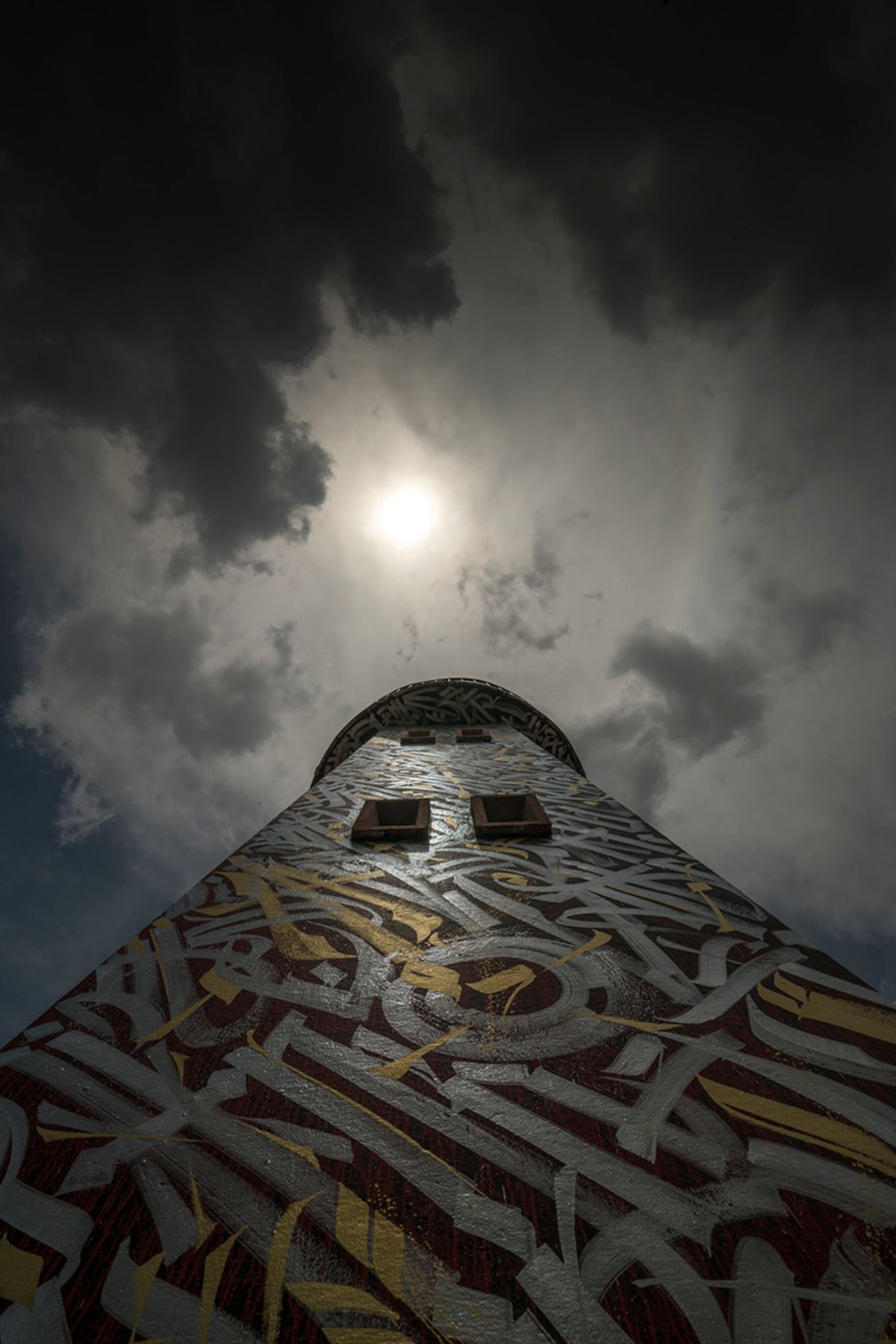 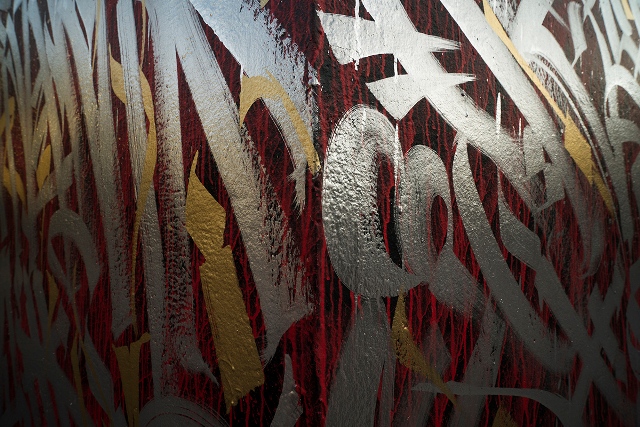 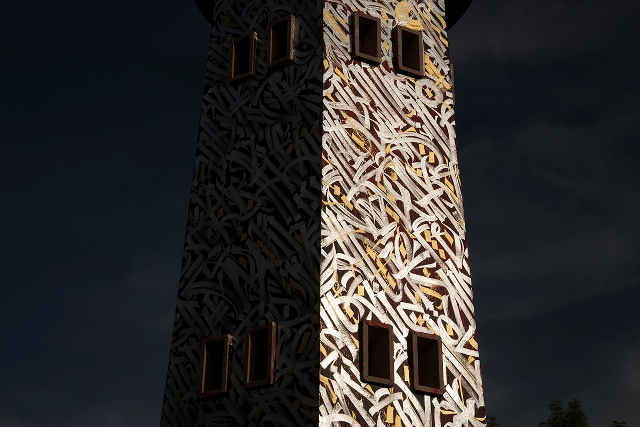 Mural on watchtower of Center of the Arts of San Luis Potosí. Mexico.
Photo courtesy by Leonardo Luna

In the words of the curator of the exhibition ‘Runaway Writings’, Claudia de la Garza, “Said Dokins follows the traces of those who inhabited this space of reclusion to intervene with their words, experiences and memories the watchtower, the exact point from which power was over the imprisoned bodies through gaze control and from where the voices of people who passed through these corridors still resonate, […] the artist weaves a network of memory, which transforms the panoptic to be no longer an eye that looks everything to repress, but in a witness that reveals everything it has seen, showing the marks of those who passed through here.” 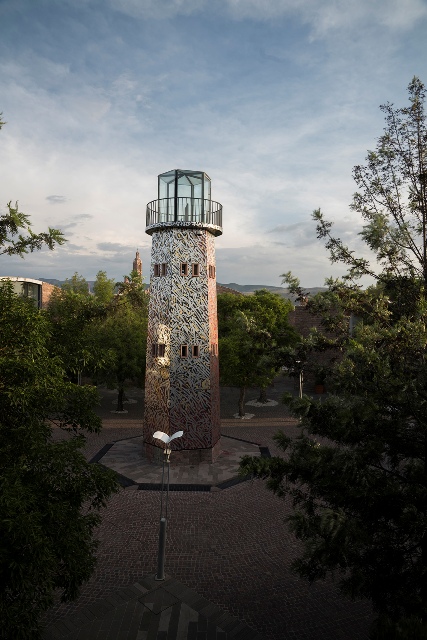