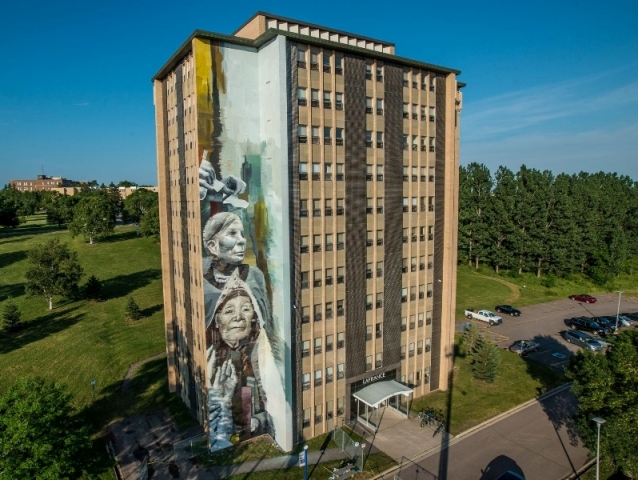 Festival Inspire striked again. Greater Moncton cityscape in Canada is now an open gallery of 31 murals by international and local artists. The third edition brought 13 exceptional new ones from July 10 to 16th. Once again, the festival brought Greater Moncton a full week of cultural activities with 70 events and out-of-the-box experiences. Here are the murals that were made and an outline of what went down! 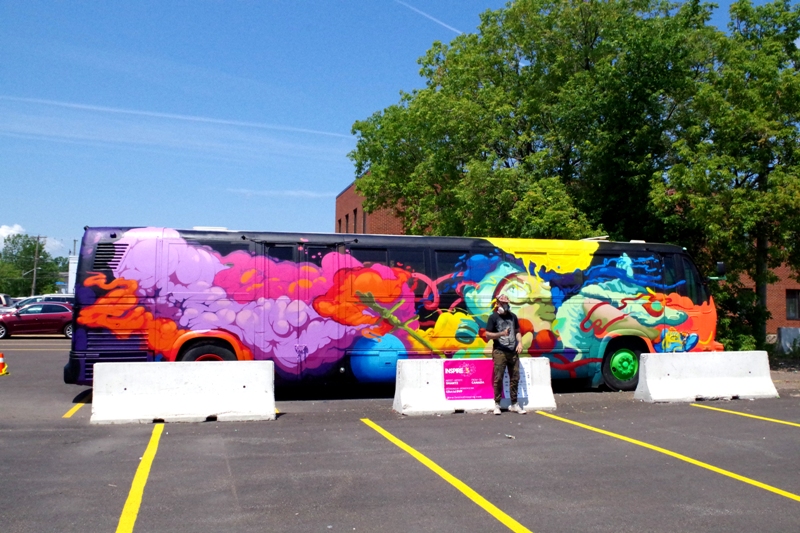 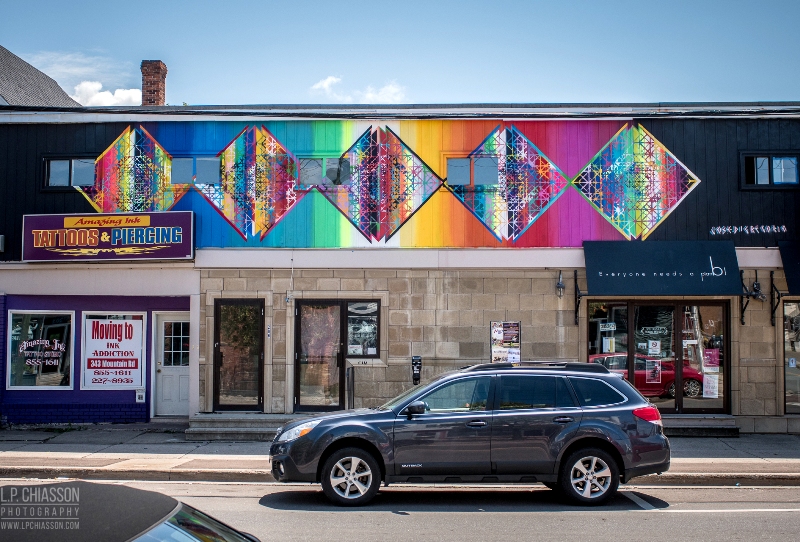 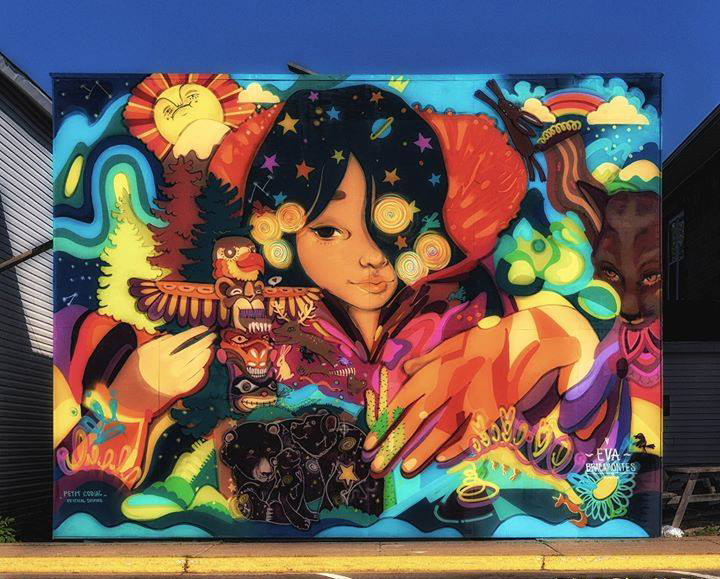 “We are getting closer to being a cultural hub every year” explained Matt Williston, Creative Director. “Our city is alive with the Creative Class, we love to be able to be part of that colorful beacon for our region”. Some of the locations have already been announced such as: La Bikery building on the riverfront downtown, 80 Assomption boulevard, and the Post Office on the corner of Archibald & St George Street. 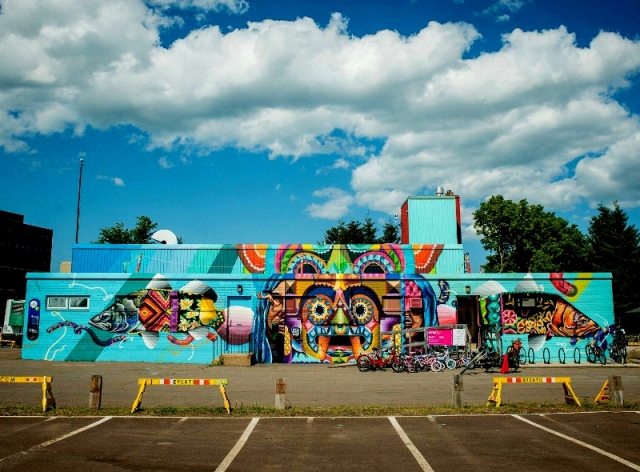 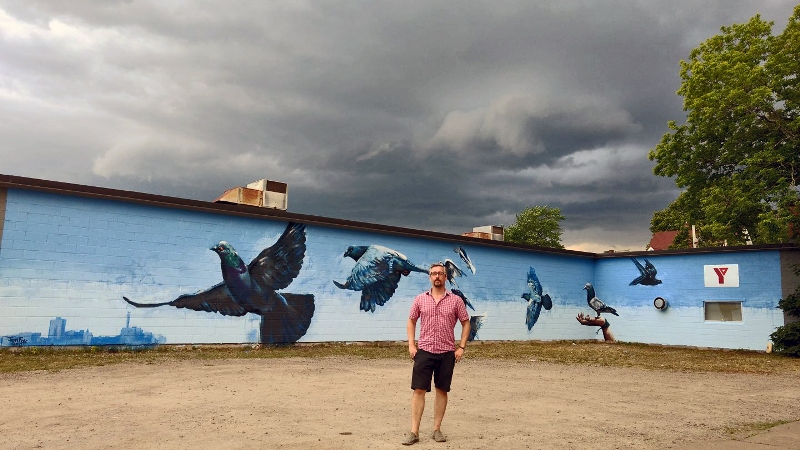 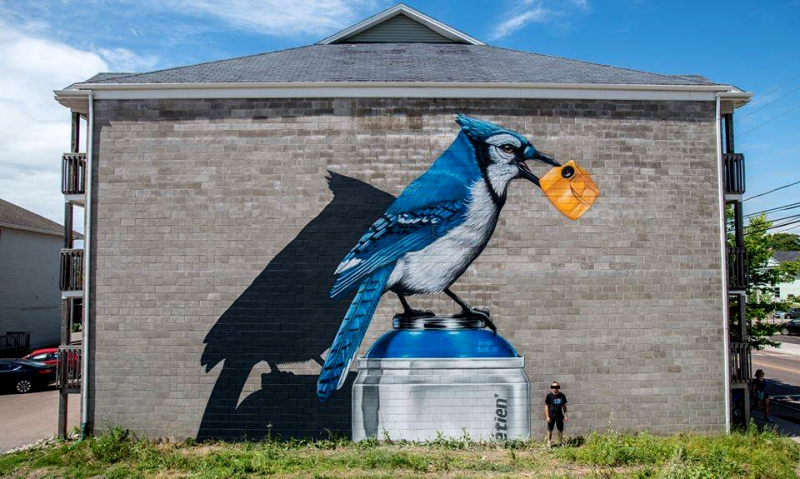 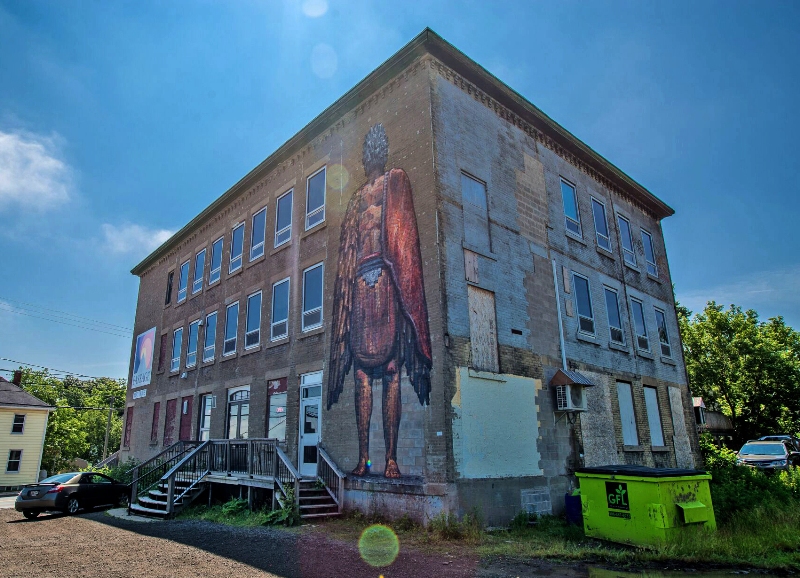 Some novelties of the 3rd edition included the University of Inspire, a week-long series of 60+ workshops, master classes, demonstrations and discussion panels designed to create space for skill and knowledge-sharing. “We figured that with so many talented people engaged for the week of the festival each year it only makes sense to have some of the knowledge passed on”.

Several documentaries were screened, and some of them premiered in Canada including the awarded “Sky’s is the limit” by French filmmaker Jérôme Thomas, as well as Water on the table, about activism for water protection, and short films made by participants of the FICFA program C’est Right Short.

The Pump House Show Crawl took 50 happy ticket holders to private houses for a series of intimate art performance and ephemeral installations. A new and improved version of the acclaimed and infamous Disco Bike Ride was organised in partnership with the local Bike Cooperative ‘La Bikery’.

The team took advantage of the festival to launch the Mural Tour, a guided tour of the town murals by foot and on the bikes especially made for the occasion. These tours will be taking place all summer long, and during the festival, participants had the added bonus of being able to meet the artists and see them at work.

The Color Party was another event, which has become a symbol of the festival. Participants were throwing colors at each other, this time at the Victoria Park, just after a giant Drum Circle. Downing street was closed to traffic during the weekend while hosting the Picaroons Craft Beer Village and it also accommodated a series of concerts, an artisan vending village, aerial fire performances, circus, artistic installations…
Live performances, parties and concerts took place all week winding up the already jam-packed days. 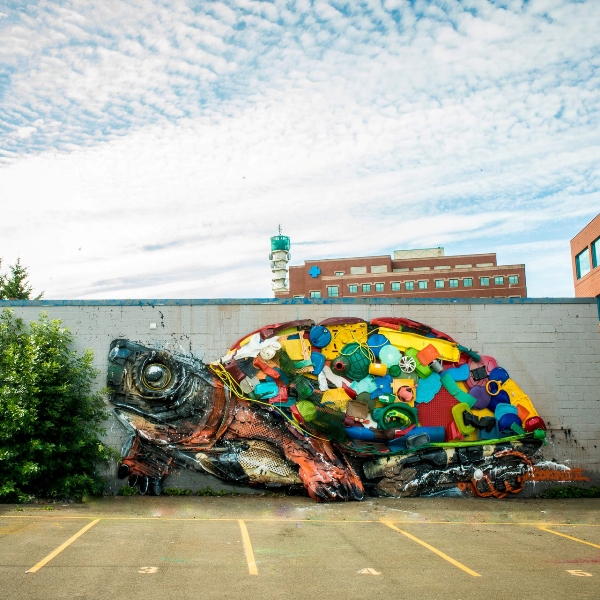 “Inspire grows every year in a wholistic way dictated by feedback from the community all year long, and the team feels that that is highlighted in this year’s programming especially. In the 3rd year we are glad to be able to bring so much life, art and culture to the heart of the city, where each one can find something interesting, thanks to all our supporters and Moncton’s beautifully inspired community of creators and doers” explain the co-founders of the Festival Inspire. 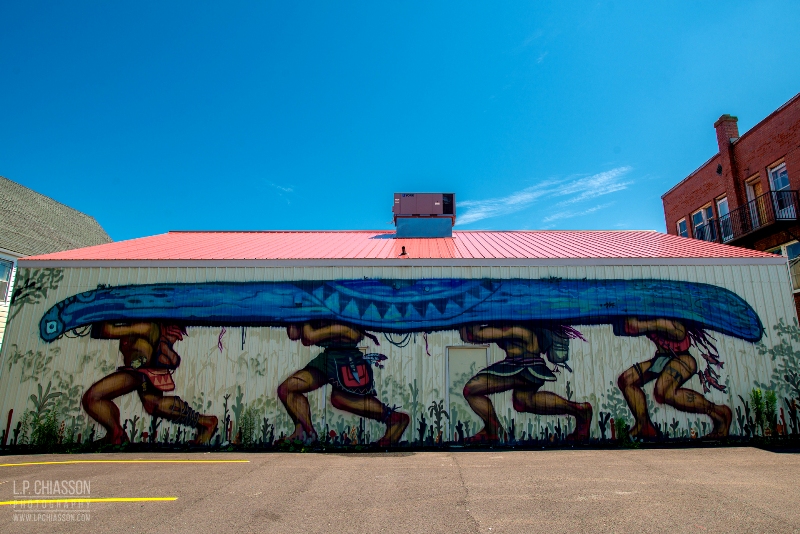 We are already looking forward to next years Inspire Festival.

‘I S S A’ has proudly supported as a Media Partner this INSPIRE(ing) Event.