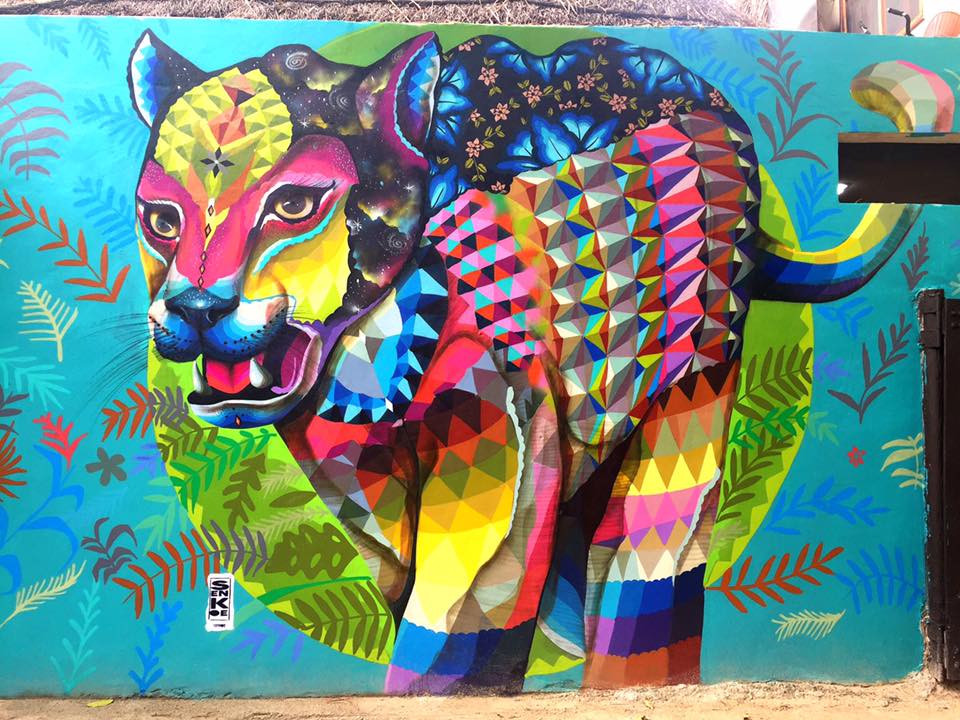 The work of Senkoe opens from two sources: pre-Hispanic art and the world of dreams, reminding us that both come from a single source, pure creation. The state of enlightenment in which everything that is spoken, drawn or painted is a major work of art. In this way, his graph reproduces the delirium of Mexico’s own textiles – its shapes and colors – and the memories of a dream world that is constantly fading.

Other sources of inspiration are found in botanical illustration, literature, comics, as well as caricatures, nature and the sea. From them, Senkoe creates anthropomorphic characters, creatures of the unconscious, animals that come to life; They fly, rest and travel along a monstrous and beautiful Mexican identity. These elements constitute what can be called a narrative graffiti that puebla the global anonymity that has permeated our streets. As a result, his work stimulates the imagination of the passer-by with a kind of animal reverie.
This artist began to paint in the streets, approximately, ten years ago.

Throughout his career he has collaborated with brands like Converse, Illegal Squad and with TV channels like Exa TV and HBO. He has also participated in urban art festivals and as a sensitizer in activities related to the teaching of graffiti to marginalized populations. Likewise, it has been part of collective exhibitions of graphics and painting throughout the country.

Senkoe studied pedagogy at the National Autonomous University of Mexico, at the same time as he enrolled in graphic design courses and art workshops at the Academy of San Carlos. At present, he works full time to perform painting interventions in the urban context as part of interdisciplinary projects in favor of the recovery of public spaces.