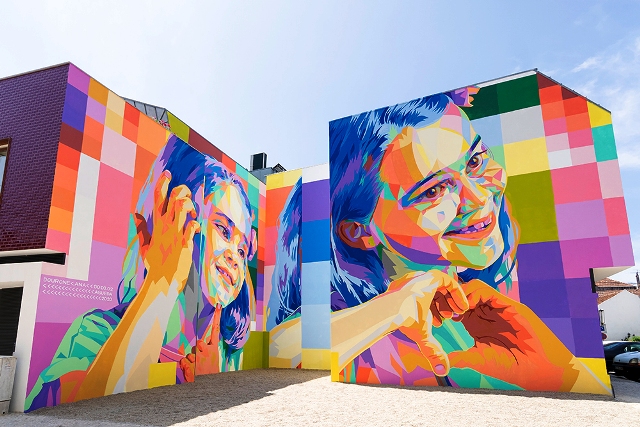 There are projects that represent a real challenge and also present a particularly successful result. This is the case of the mural project created in Agueda, Portugal ANA 00: 00.02 by Dourone.

Titled, Once upon a time, Leon Keer‘s latest anamorphic mural with the help of Massina was made during the Vibrations Urbaines Festival in Pessac, France. The 3d effect caused by this technique is only visible from one viewpoint. 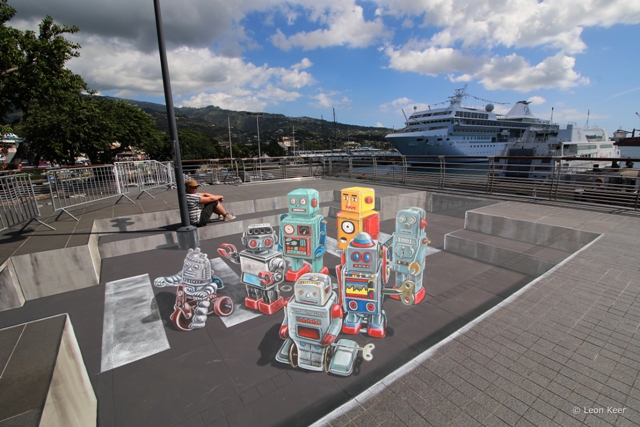 This is the latest Anamorphic art we received from Ono’u street art festival in Tahiti. The 3d streetpainting was made at the lookout of the Gare Maritime by Leon Keer, (one of our favourite artists in his style) who has been working on 3D chalk art since 2007. 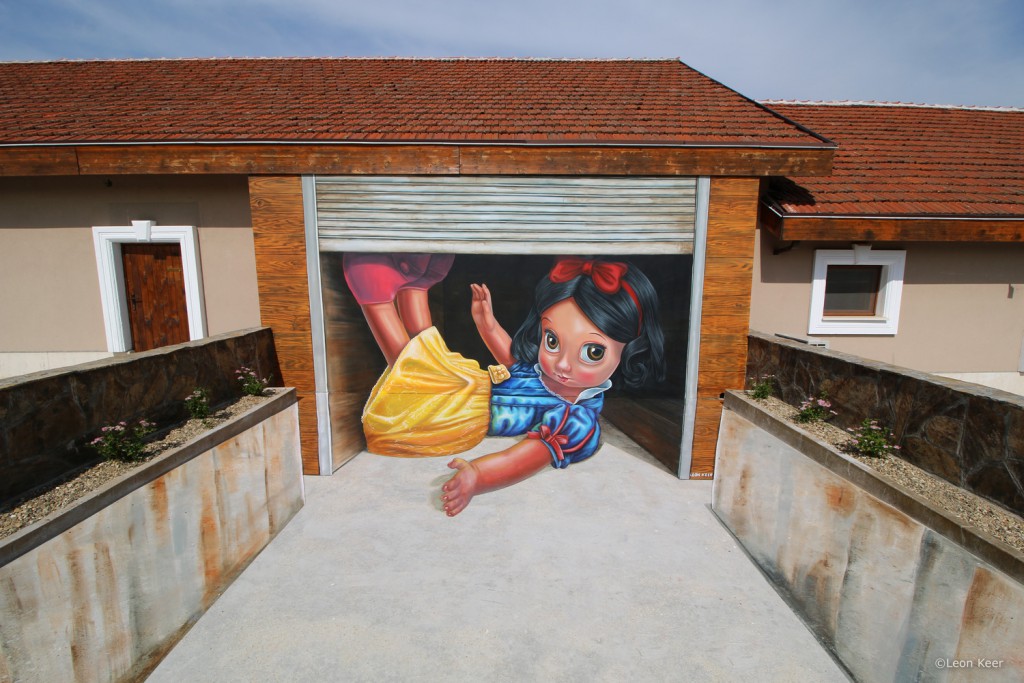 This anamorphic painting was made at the 3d streetpaintingfestival in Bulgaria this weekend by talented Leon Keer. Little Snow White is captured inside a storage room and is a metaphor for the loss of your inner child. Interaction is there to restore this lost value of life.

Truly Design team has painted a big anamorphic piece at Vans and The North Face headquarters in Switzerland last month. Located inside the company building, it is a piece of art that will blow your mind. 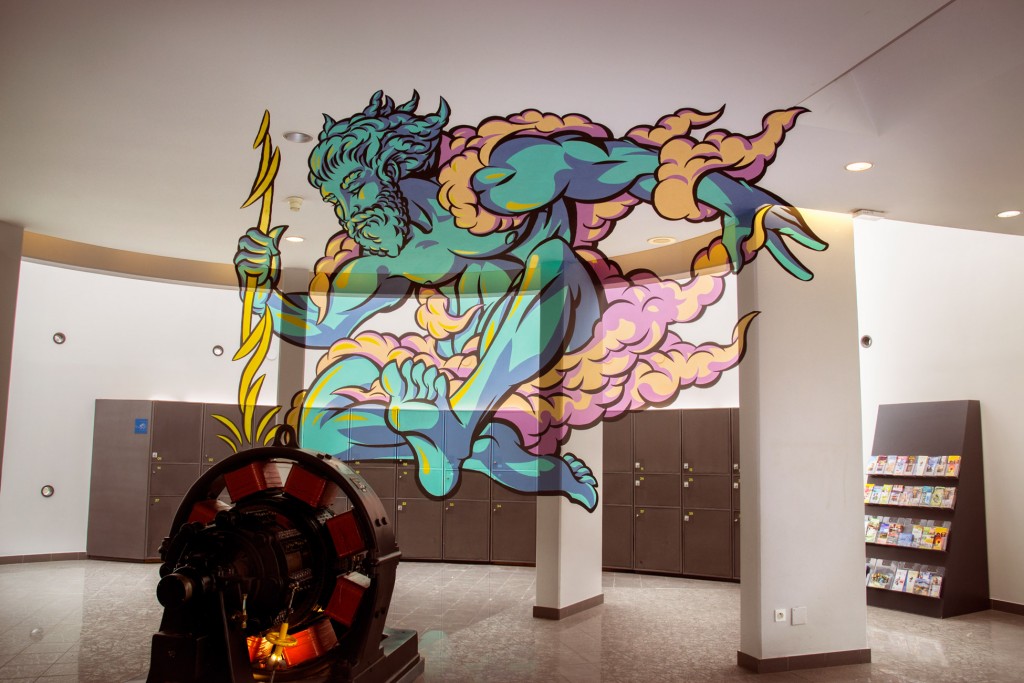 Truly Design crew, a team of extra skilled artists have just completed a new 3 dimentional artwork to blow our minds away. This time it is Zeus (Dias), the god of gods. The Streetart exhibition, organized by Spacejunk.tv, after having hosted Medusa and Pegasus in Paris, was moved to Mulhouse, at the EDF Electropolis Museum. 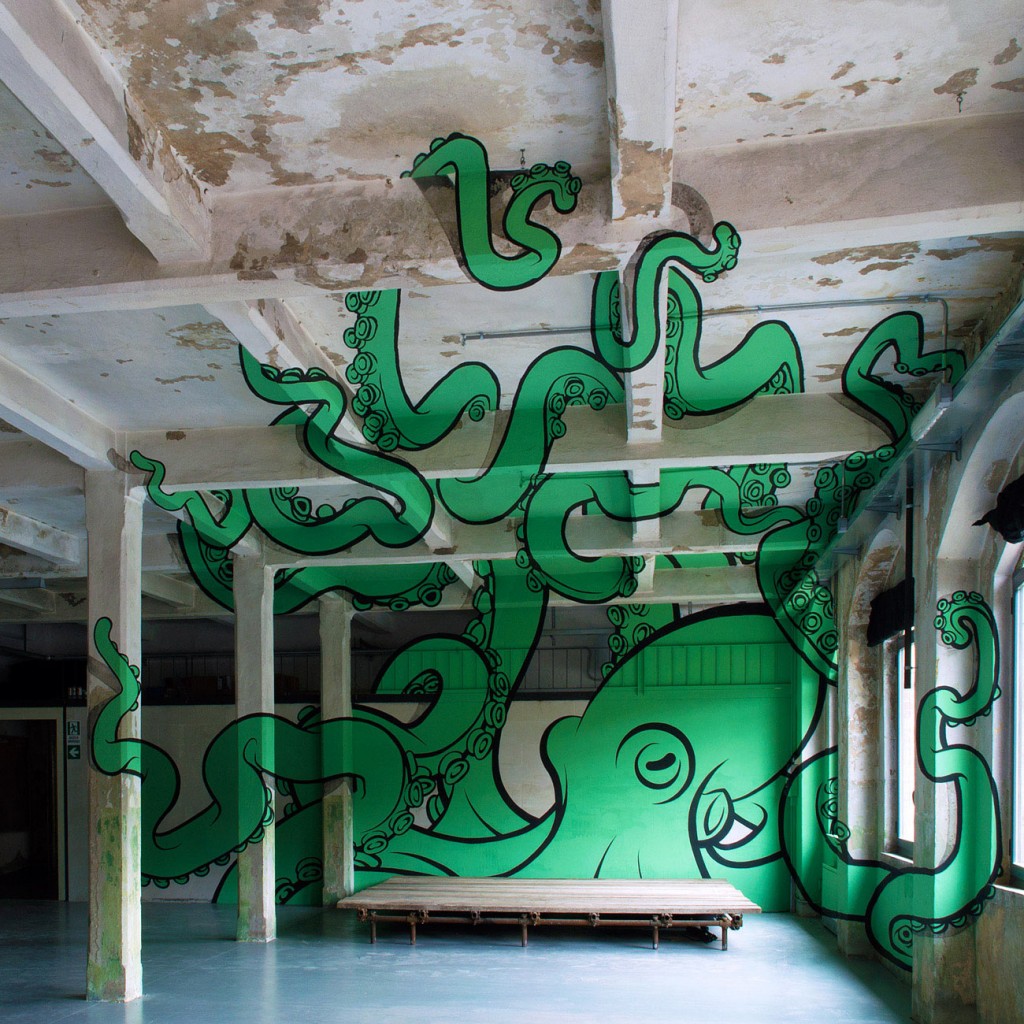