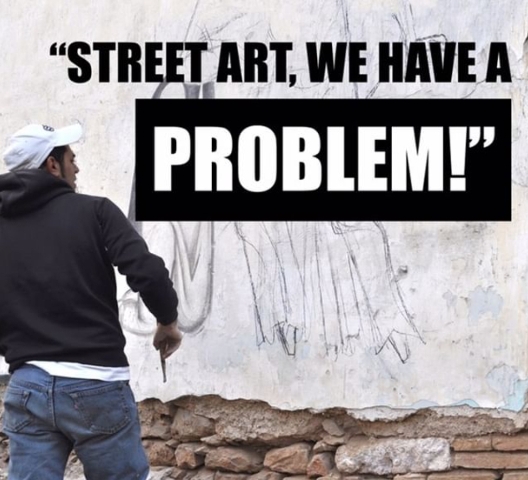 Many people in the street art scene seem to agree that Street Art globally is going through a critical phase. The scene  has become a heavy trend! Where there is fame there is commercialism! We must agree on that.We recently picked up from an Instagram post by acclaimed artist Fikos, an out-breaking statement that he hasn’t done any murals this year. Even though he has received a lot of invitations-proposals, there is still a good reason for him not proceeding with any of these!

And the reason is simple: According to Fikos, The situation on the Street Art scene sucks!

”There is an impression that street artists are living the big life, just because “they travel, they do what they love and they make money from it“. It’s not exactly like that. Even though no one is talking about it (or realizing it), Street Art is experiencing a crisis. What is going on?”

”What is going on is that Street Art became a trend. Instagram fed this trend with fame. And wherever fame is, there are people trying to take a piece of it. Each day, more and more artists, graphic designers, graffiti artists, become “muralists”. Τhe competition is huge and it’s getting bigger and bigger. In order to distinguish themselves and be able of making a living from art, street artists are willing to do literally anything, including many murals totally for free (sometimes even paying from their own money). That wouldn’t be bad in the beginning -we have all done it- but when it is happening systematically and by way too many artists, starts becoming a serious problem.” 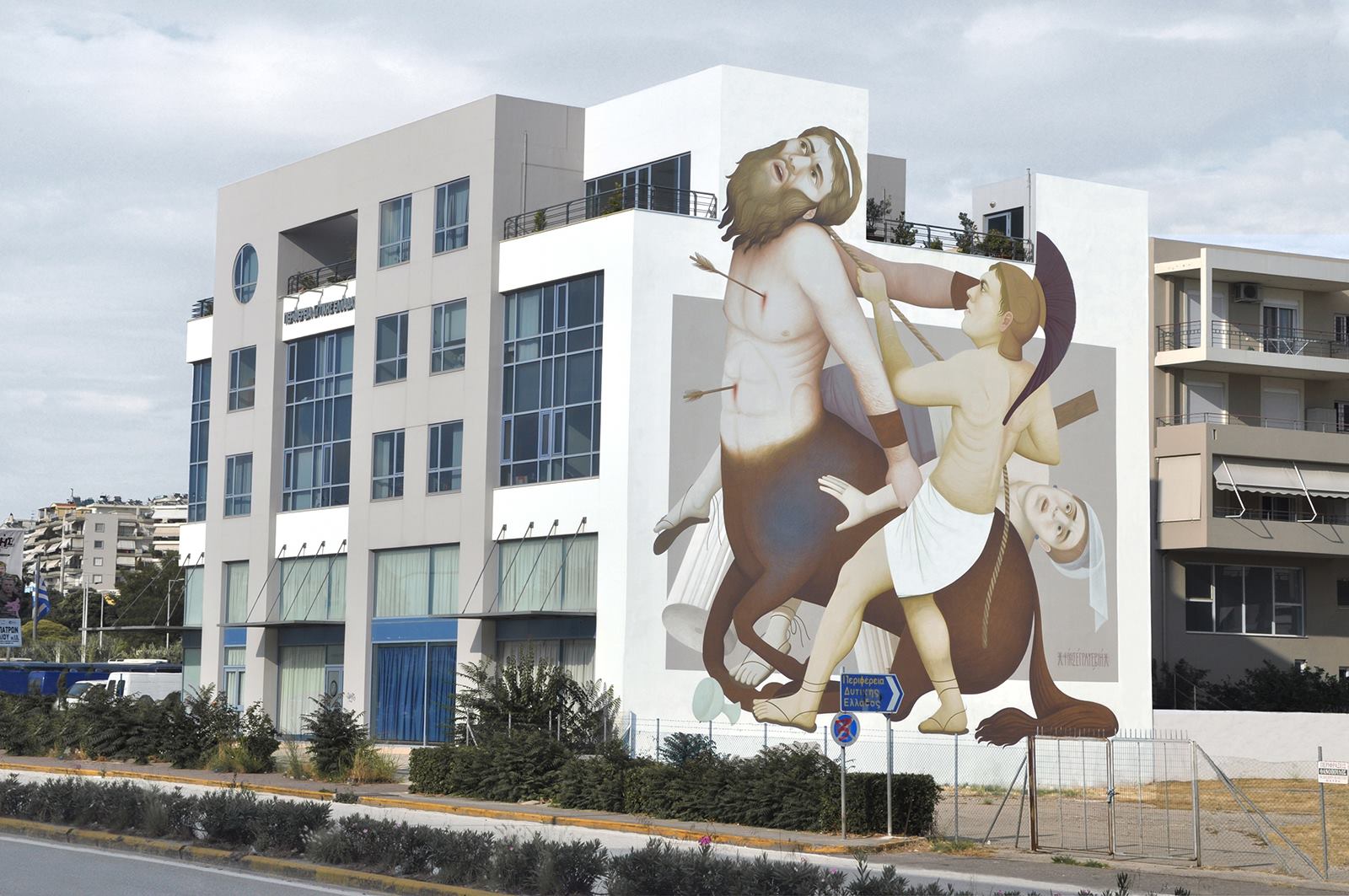 Fikos mural in the city of Patras, Greece, 2018

Fikos continues by explaining that ”It’s the law of supply and demand: More street artists means over supply and less demand. Less demand means more street artists with low requirements. More street artists with low requirements means more people who get the idea that a mural is not something that should be paid. Also means more exploitation by “curators”. (Both of them mean less fees) More space for exploitation attracts more bad curators. More bad curators means more low-quality projects. Means lower standards for the quality of murals. Means more space for new “muralists”-anyone can take a photo of a human face or a girl holding a flower, transfer it to a wall and voila, he-she becomes a muralist.”

”Last but most importantly, Street Art doesn’t have to do with an “elite” of artists and curators. It has to do with people, cities, communities, the whole world in general.”

”Our inside (Street Art) problems affect them all. A typical example is the emergence of the damaged, over-painted cities’ phenomenon. Cities with literally hundreds of murals, painted on buildings with nice architecture, buildings full of windows, columns, doors etc. Structures that never meant to be painted, become canvases for the new, thirsty wave of graffiti writers and artists who became “muralists”.
Street art is becoming a virus that infects everything.
Once, cities were bombed with graffiti, now they are just bombed with murals.

Someone might say “what’s the problem with that?”. Maybe there isn’t. Hey, I am just expressing an opinion here. I am not judging anyone. Each one acts the way he thinks the best. And of course I ‘m not saying everything is fucked up. There are many good professionals (artists and curators) and many people with good intentions who try really hard to do something for their city. Street Art is the most amazing thing that happened in last decades in contemporary art. No doubt about that. My doubts concern the way this movement is evolving during the past years, and I think it is alarming.
That’s why, personally, I prefer to abstain from this madness, focus on my studio stuff and work on selected qualitative mural projects that respect me as an artist and at the same time giving me the opportunity to actually contribute to the society, even if it’s just a small mural I ‘ll do on my own.

And something last. I have studied a lot and worked on religious murals for years, and I know that, for thousands of years, mural art was a didactic, historiographical art form that served the people, the community. Nowadays, big parts of the cities have became canvases for individual self-expressions.
Do we need that? I don’t know.”

Comments on this hot issue can be made on the artist’s post on IG Here. 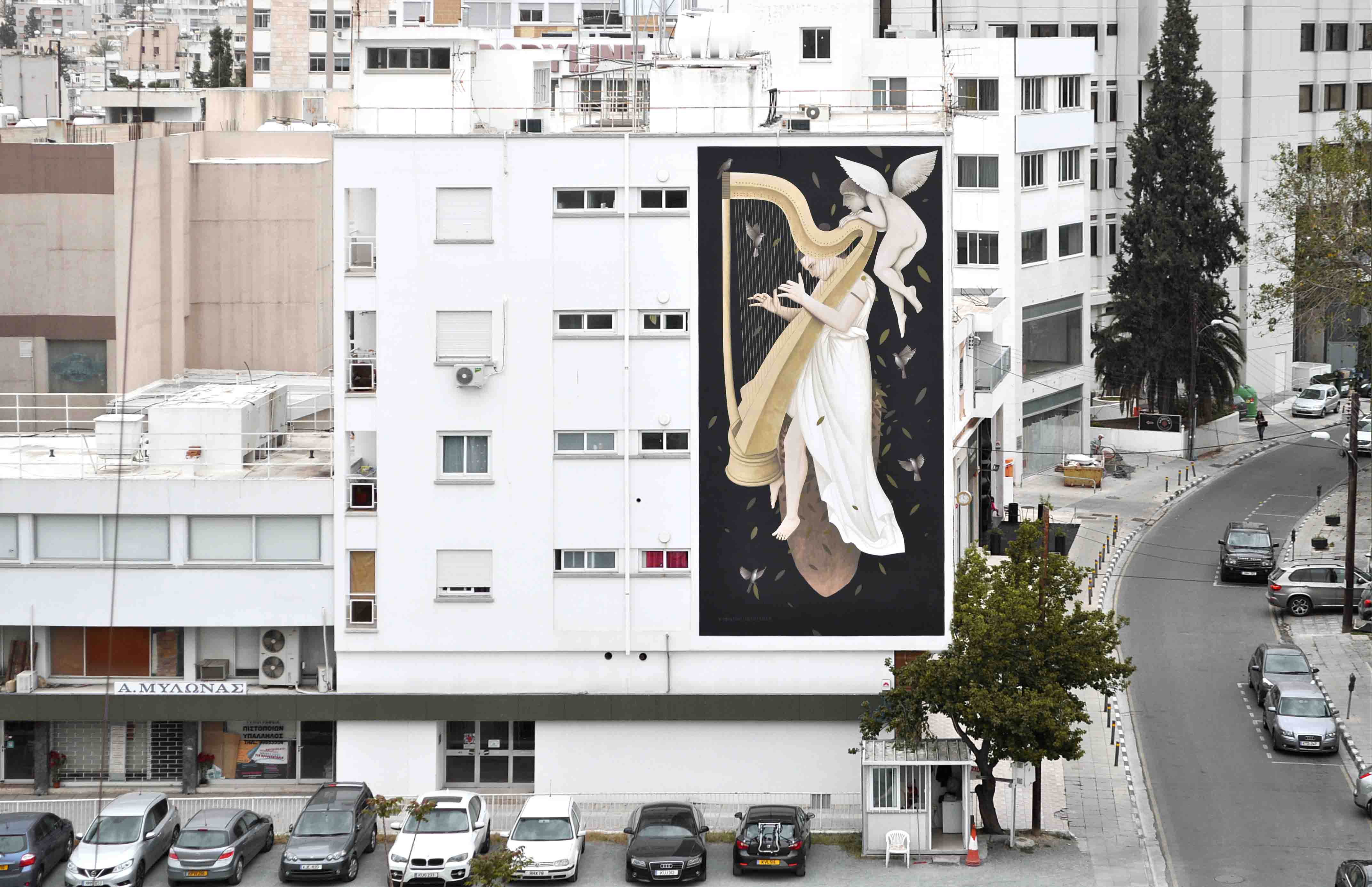 Fikos was born in 1987 in Athens, the city he still calls home. From a young age he painted whatever he saw around him – comics, landscapes, icons and more.