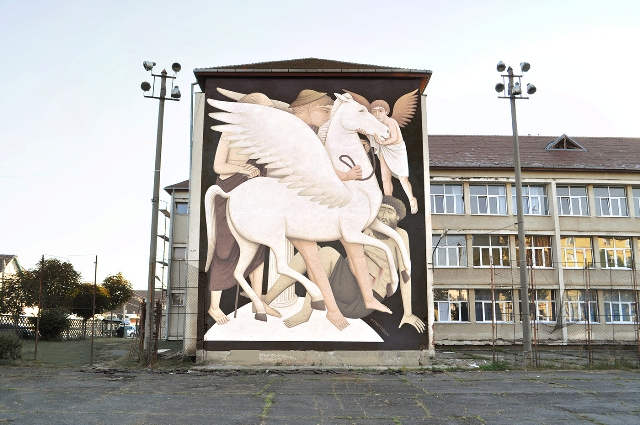 Fikos was born in 1987 in Athens, the city he still calls home. From a young age he painted whatever he saw around him – comics, landscapes, icons and more. At the age of 13 he started studying Byzantine painting under the guidance of George Kordis, with whom he later collaborated for 5 years painting murals in Orthodox churches, while at the same time developing his own personal painting style.