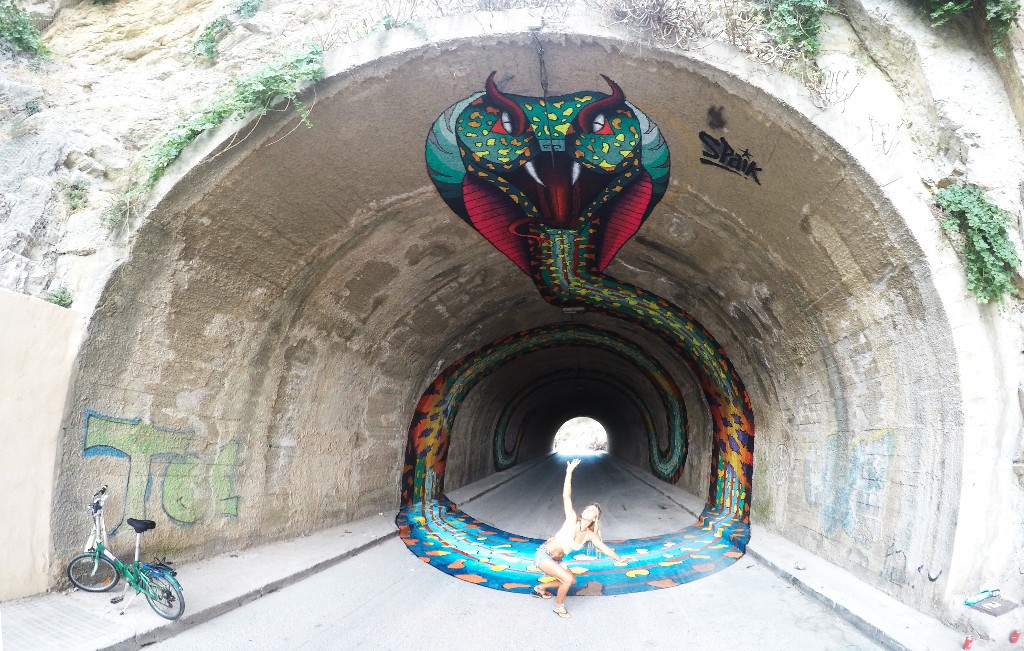 Spaik‘s latest work for the Open Gallery of this year’s BLOOP Festival in Ibiza. The revolutionary art project (as described in The Culture Trip) by Biokip Labs marries arts & people on the Mediterranean gem, Ibiza, Spain. This vast cross disciplinary celebration is running from 23rd August until 9th September, this year dedicated to the theme CHANGES. A completely independent initiative is propelled by a group of young aspirants to pass a social message through art to a universal audience. It has been gradually but surely adding a new face to the notorious party island by bringing arts & culture to a destination priorly foreign to quality tourism.

Now the BLOOP waves extends across the island sprinkling over 20 murals, expositions, children`s workshops, interactive installations, paintings, video mappings and this year DESIGN and VIRTUAL REALITY.
All activities are for free since its pilot edition as at BLOOP, “ART IS FOR EVERYBODY”. 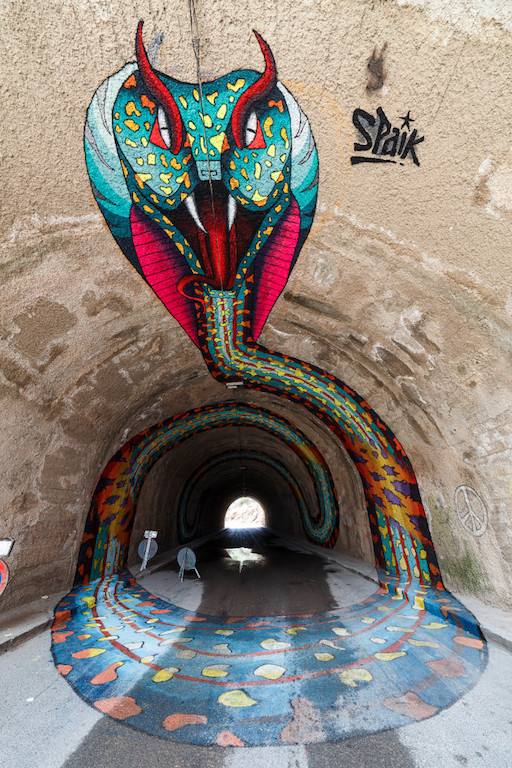 The Snake represents the problem that Ibiza suffer with the animal invasion and the Eagle was the way to fight this invasion. 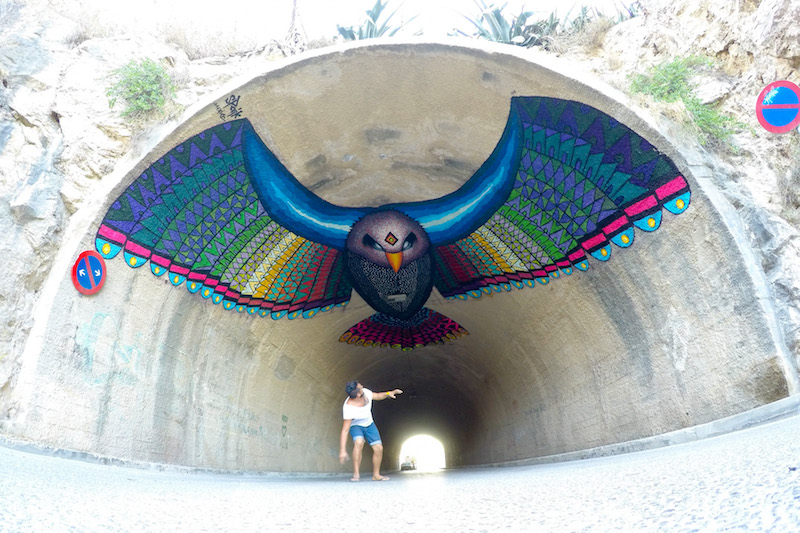 Last year, Spaik painted an eagle in a tunnel to address the Festival`s 2016 theme NO FEAR. So for this edition he illustrated a snake on the other end as this reptile was imported to Ibiza due to the arrival of the olive tress. Since then, their numbers have soared and now they are considered as a pest and a predator. But at the same time this serpent is a prey for the eagle. For this changing role, prey thus predator, the Mexican artist chose the snake for the theme CHANGES. 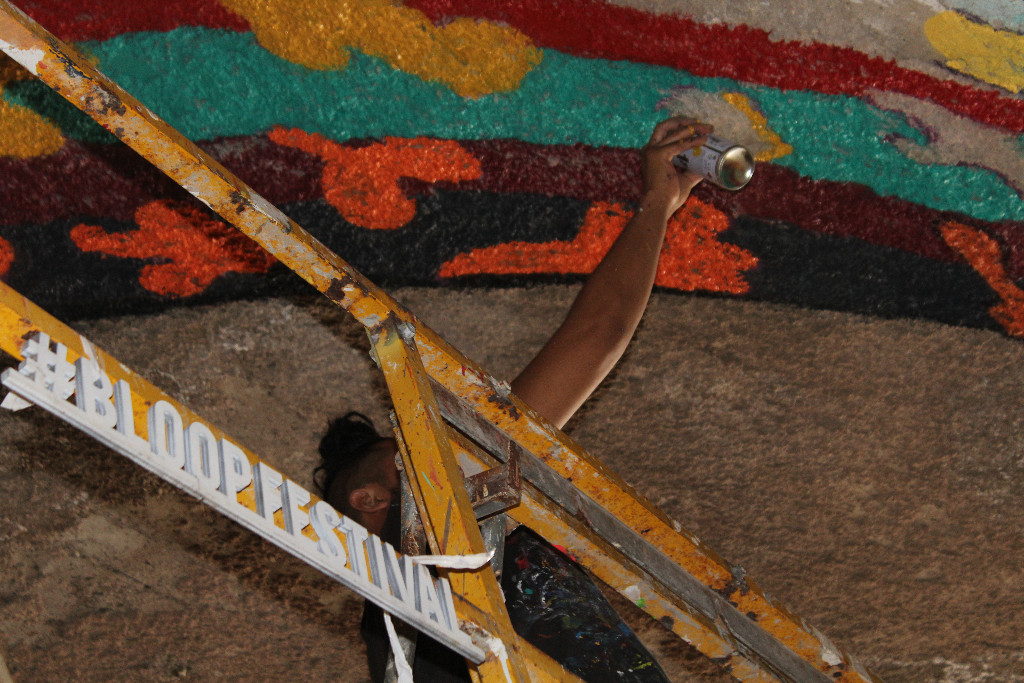 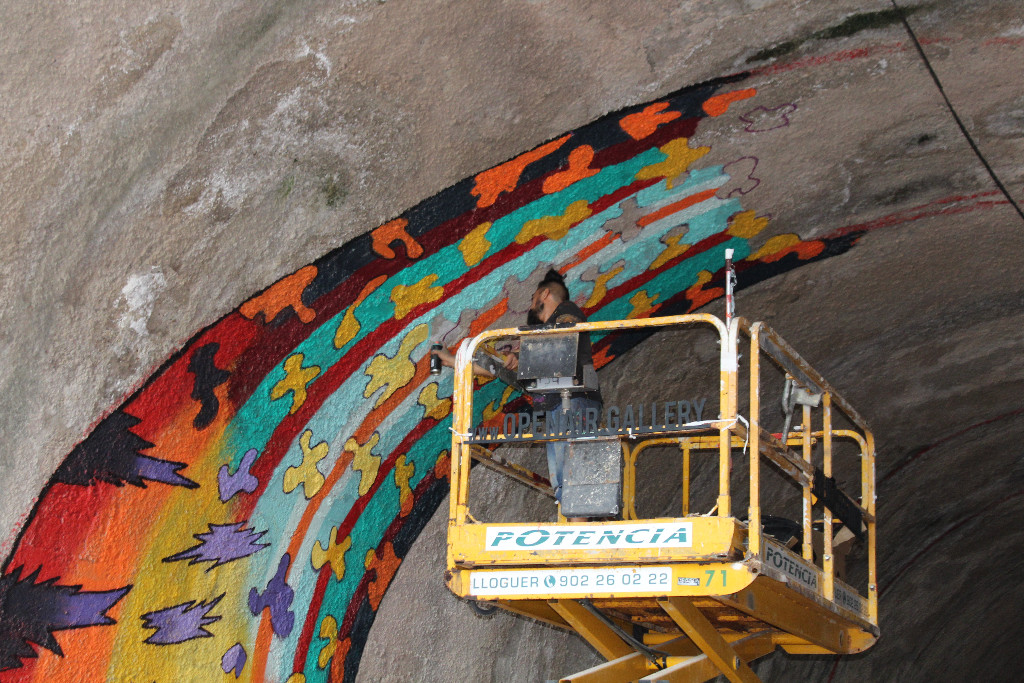 Biokip Labs that organises and produces the BLOOP Festival is a creative agency that specialises in event organisation, communication, production and development of interactive installations. In 2011 its biggest project came to life: BLOOP International Proactive Art Festival. The world`s first festival dedicated to proactive art. This independent event takes place every summer on Ibiza. Currently, BLOOP is considered as a long term re-qualification project that reveals the other side of the white isle through Arts & Culture. The event showcases: installations, street art, architecture, interactive installations, photography, parties, video mappings, and many more by talents from around the world.