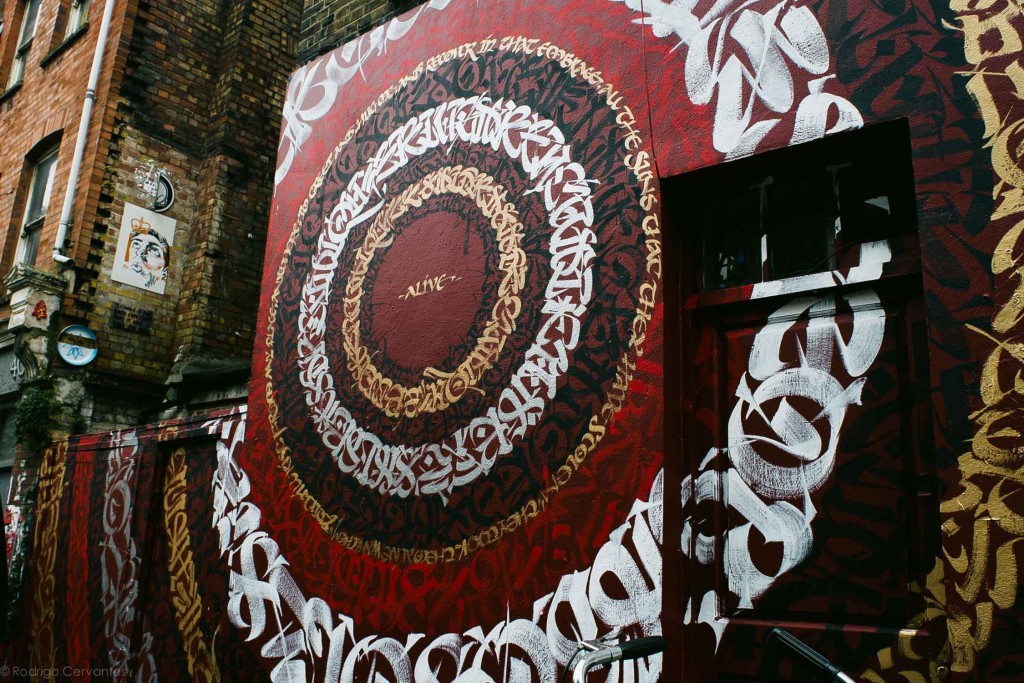 These walls in Camden and Bricklane are to commemorate the one-year anniversary of the abduction and subsequent dissappearance of 43 students from the Ayotzinapa’s Teacher College in the Mexican state of Guerrero. 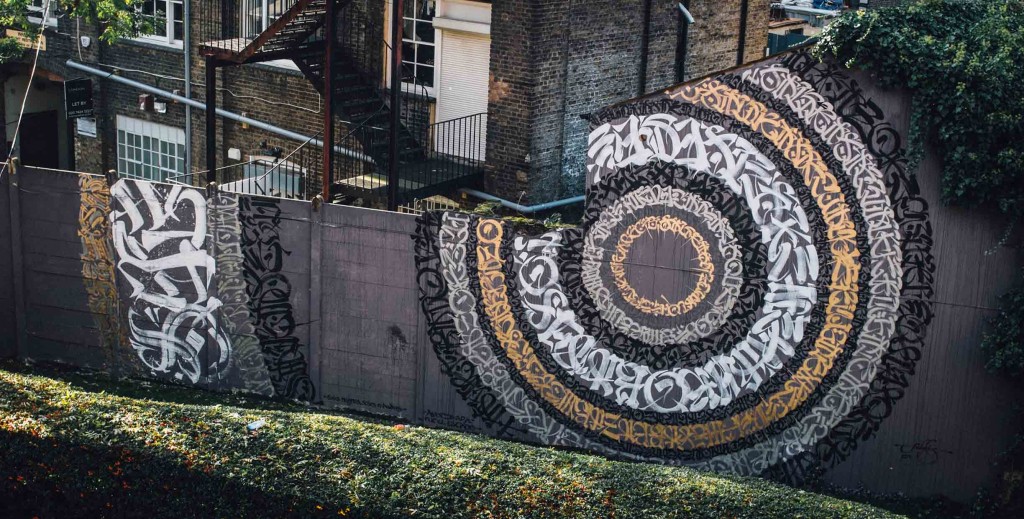 This is a series of calligrams of concrete poetry, featuring Rosario Ibarra’s words:

“You will rise from any place, anywhere, to greet and hug me, and recover in that embrace, all the suns that they have stolen from me”
“They took them alive! we want them alive!

Rosario Ibarra is a social fighter for political disappearances in Mexico since the seventies. 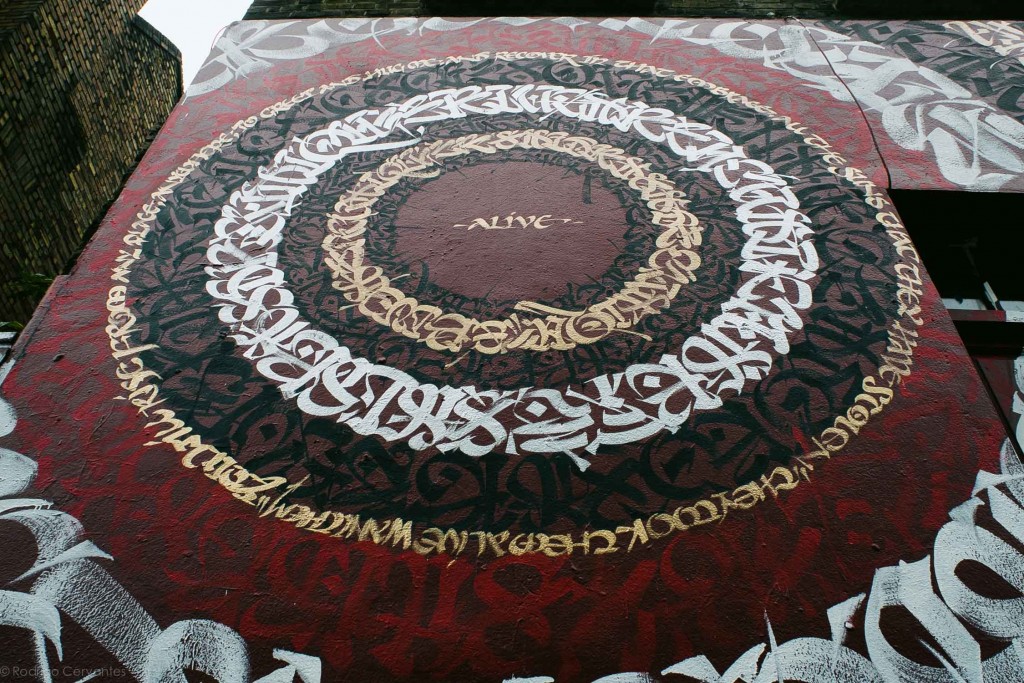 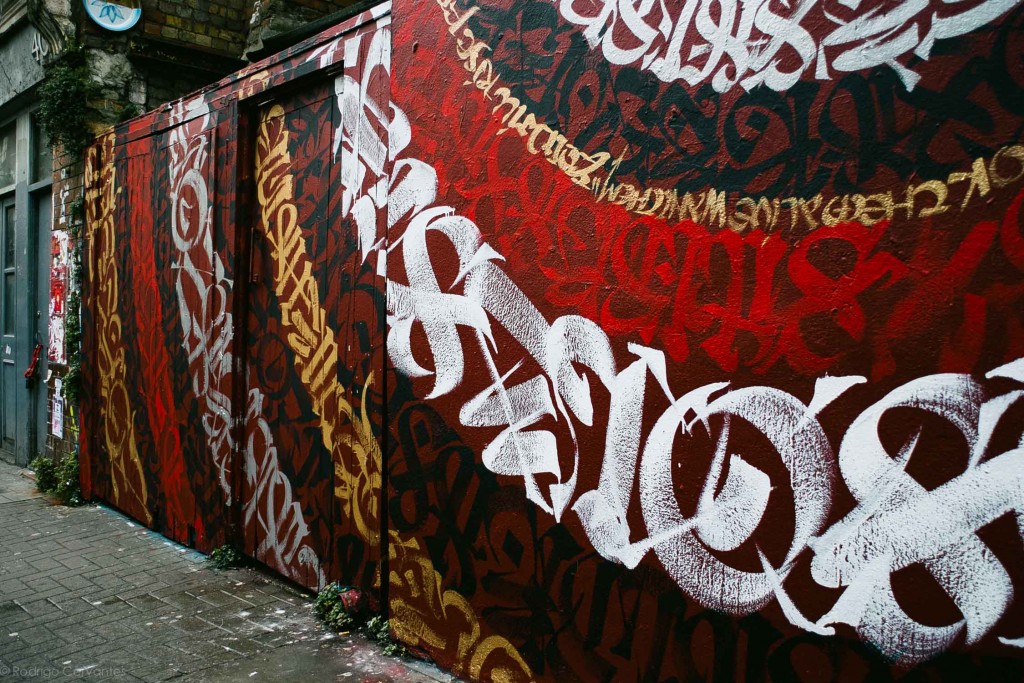 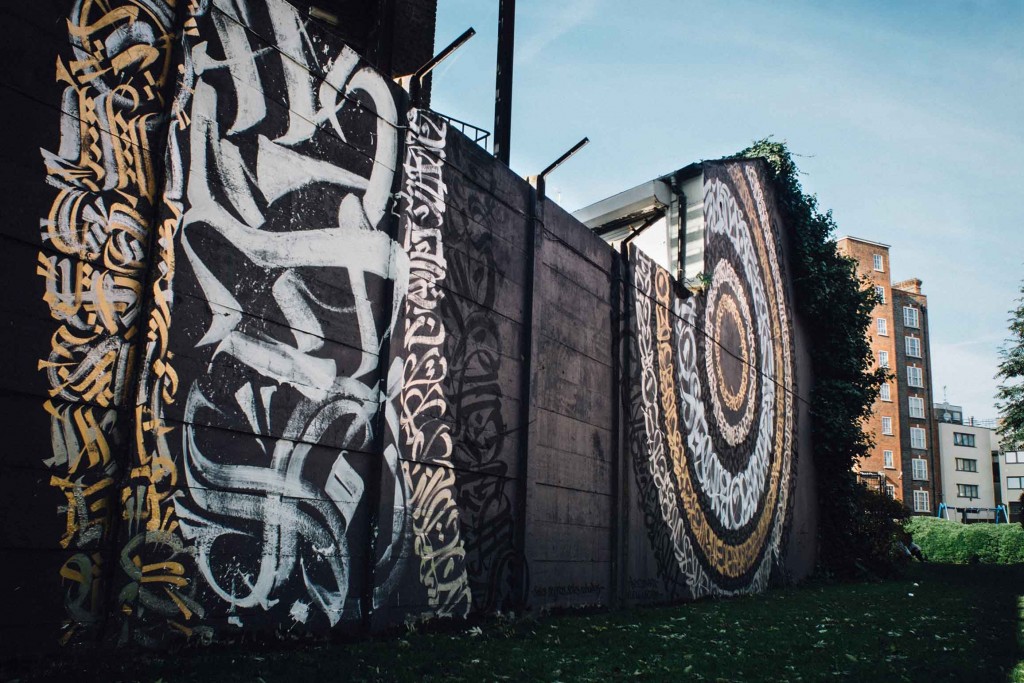