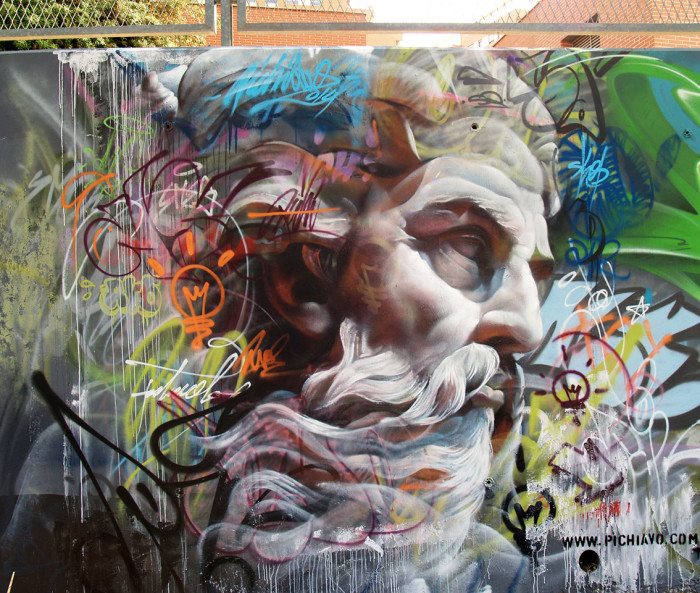 From Valencia- Spain, Pichi&Avo are one, fleeing from the self-centeredness of graffiti, united to create a single piece of work, two similar visions of the world are the result of their work, which is constantly evolving and taking them all around the world,

like UK, Norway, Greece, Portugal, EEUU… Stroke, signatures, collage… explosions of colors that invade the subconscious, precipitated by the personal rant of their artistic ideology and an aesthetic widely argued in the texts of Walter Benjamin.

– Pichi&Avo´s got a mixed style that they are unique with and really masters to perfection. The symbiosis of traditional greek imaging art combined with graffiti lettering, smashed with explosions of colours creates pieces that leaves no one untouched. During No Limit I wish I could be a little cherub in their mural watching the spectators astonished glances, says curator Shai Dahan with a smile.

– ”I don´t remember my first words when Shai showed me the pieces of Pichi&Avo as a suggestion for the 2015 festival. But! I do remember the next thing, picture googleing like crazy. They´ve done everything from canvases, traditional murals to stacked containers. After seeing their earlier work I think many look forward to see what they could accomplish in Borås”, says project manager Stina Hallhagen. 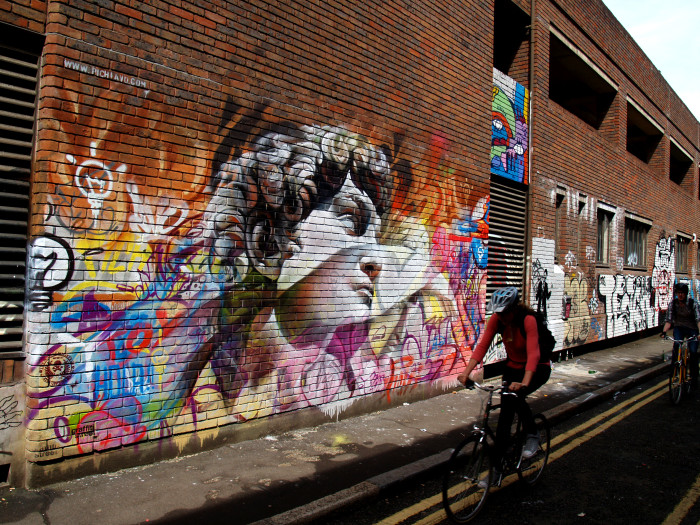 Pichi&Avo recite a conceptually urban poetry, born from the artistic formalism of the street, using any artistic inventiveness that can be applied, transferring fragments of a wall to the canvas and vice versa in a personal version, viewers can expect a heady concoction of ancient and modern that remixes classics from art’s illustrious history and rewrites the rulebook in the process.

Artists line up will be revealed continuously – stay tuned for further artists and more information. 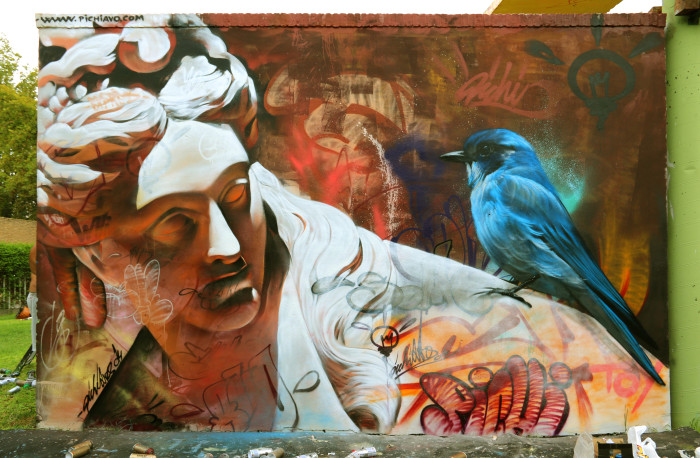