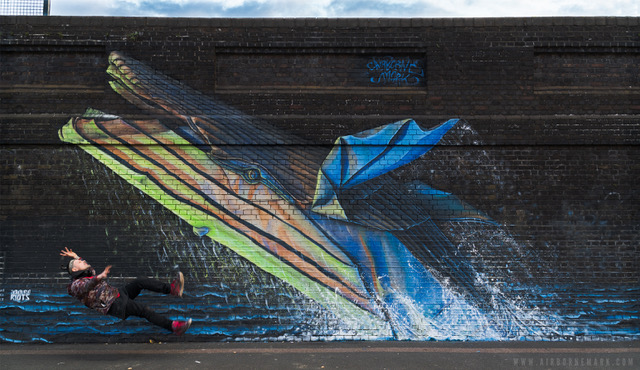 Our dear friend Airborne Mark just sent his latest piece from the London streets, a spectacular Origami Whale! It is his biggest permanent wall in London and it took him 60 hours to produce. The UK based artist uses a technique largely based on real life origami elements and figures,which can be actually folded and therefore are painted form reference. 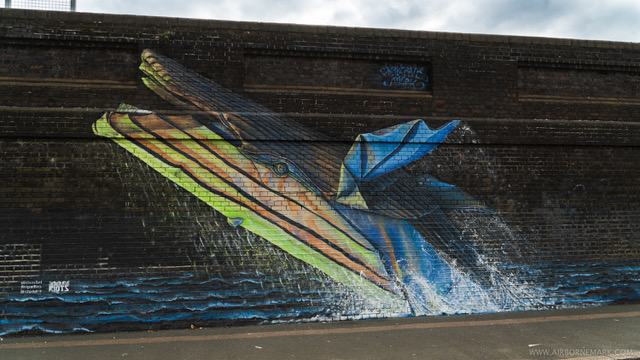 As the artist explains in his own words: “I spent more than 60 hours designing this origami blue whale. I wanted the model to be as truthful as possible so I researched the blue whales carefully and folded it in sections from the belly up. Not only is this origami whale my most advanced paper model but also my biggest permanent wall in London. As part of a new project In Selhurst as curated by www.LondonCallingBlog.Net.”

”The painting of the model took me whole 7 days starting over the Easter Weekend, partially due to the fact I had to work on ladders, which slowed me down. As opposed to work on cherry pickers or scaffolds for this size of the wall.” 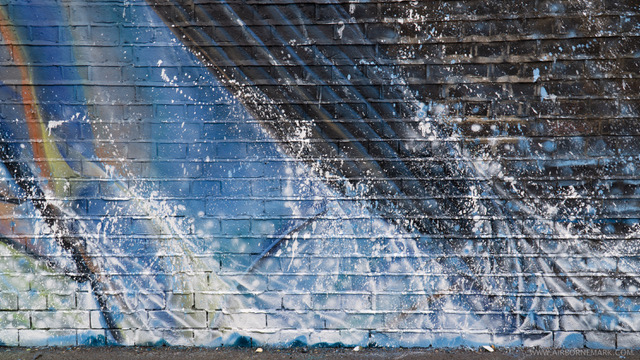 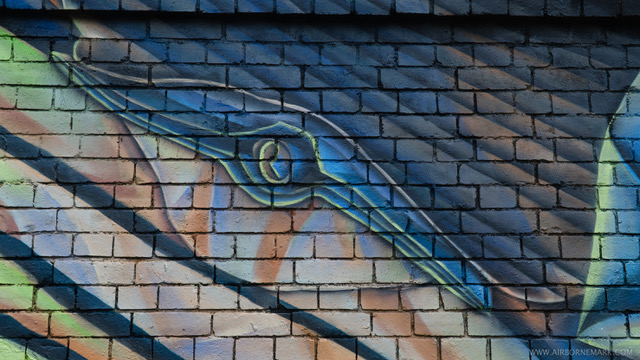 Airborne Mark further explains: ”The title of the wall is “The Breach” and it based on on the model’s capture of the whale movement. Before deciding on the final placement of the origami whale, I tried few other more obvious angles. However, It wasn’t working for me as it lacked dynamics. I did not want to solely build the mural on the life size of this powerful animal. So I studied whales movement even more, and realised the most majestic look of this gigantic animal is where it’s breaching the waters, which is believed they do so in order to create a massive sound wave to communicate with the other specimen.”

”Deciding for such carefully choice of movement and a statement, I wanted to establish my work origami practice beyond the local scene.” 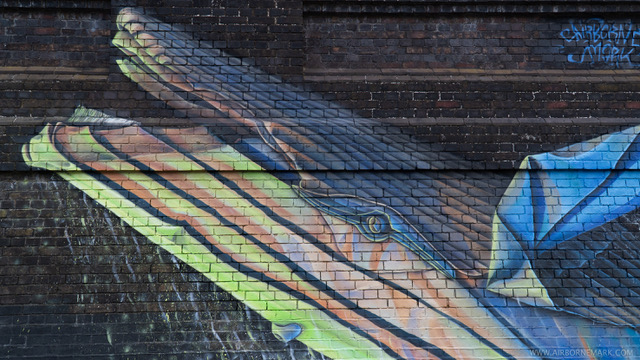