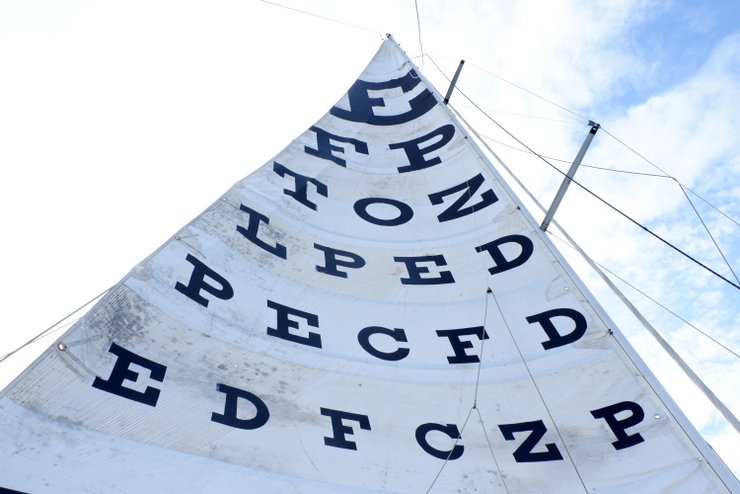 For this year’s edition of Nuart Festival, the Russian activist and interventionist Igor Ponosov brought his characteristic ‘street conceptualism’ to the sea. Titled “Too Far, Too Close”, his main piece was realized on a typical Stavanger sailboat, which was sailing the bay twice a day. On the sail, the artist realized an eye chart –like the one used by optometrists- as a symbol of the distance between public art and its audience. 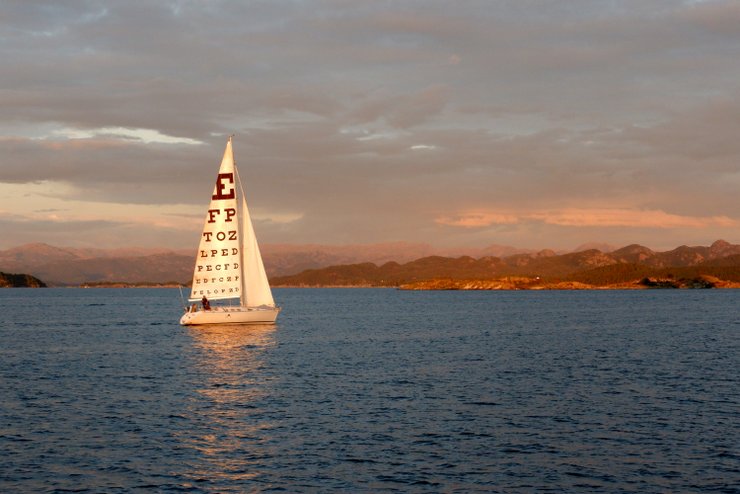 This floating artwork looked even more abstract to those who tried to decipher a ‘message’ hidden behind the letters on the sail. However, the piece looked superb at sunset, surrounded by the majestic fjords lit by the northern light. 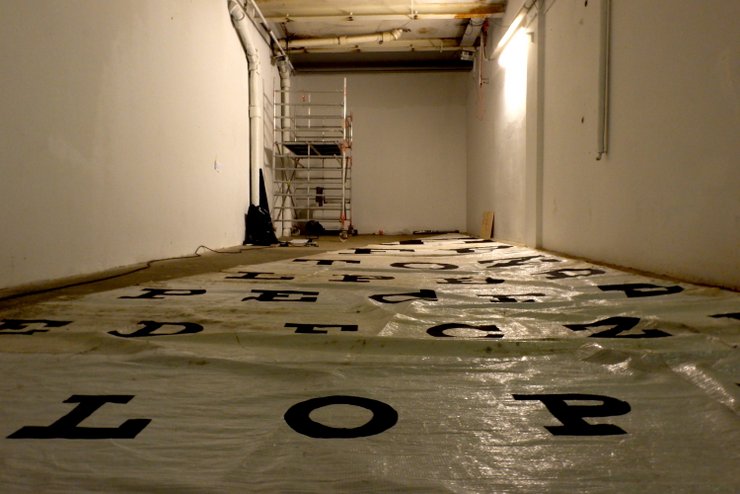 For the opening night of the festival, the performance was even more absurd thanks to the presence of an actual eye doctor, who checked the visitors as the boat sailed along the shorelines of Stavanger. 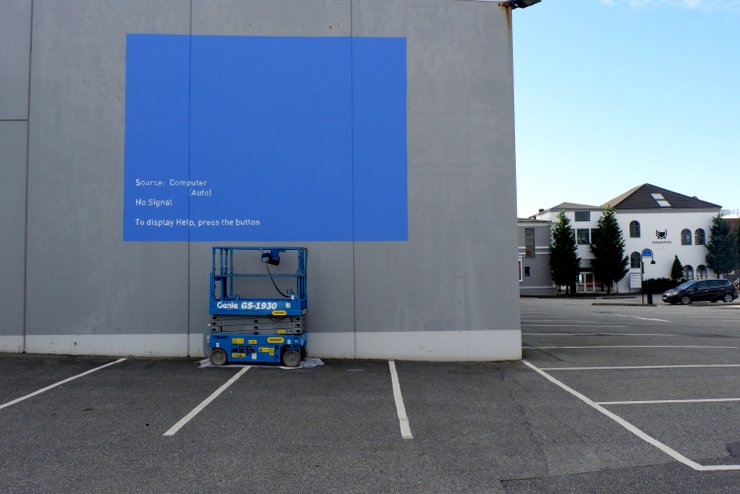 During Nuart 2017 Igor Ponosov also realized an actual mural that will stay in the city. Titled “No Signal”, the work depicts the blue screen of a projector that has no signal, as a symbol of the current situation of mural art.

Public art –in fact- not only fails to address to the everyday world but, again and again, it is conceived merely as ‘urban decoration’, which brings to the overabundance of aesthetically pleasant murals with no powerful message behind them. Moreover, too often such murals are realized using a projector, which is considered as ‘cheating’ by the street art movement.

Both works are affected by Igor Ponosov’s researches on street art: he is the author of different projects and publications relating to urban art, such as the project ‘The Wall’ at the Winzavod Centre for Contemporary Art in Moscow (2013) and several books on street art in Russia and the Ex-URSS. 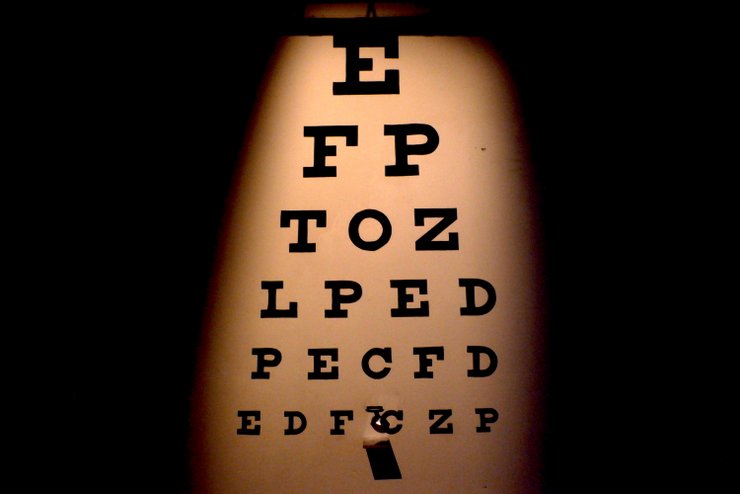 For the indoor exhibition “Rise Up!” (3 Sept. – 15 Oct. 2017) Igor Ponosov reproduced both the eye chart and the projector screen inside the ‘tunnels’ of the former brewery Tou Scene. 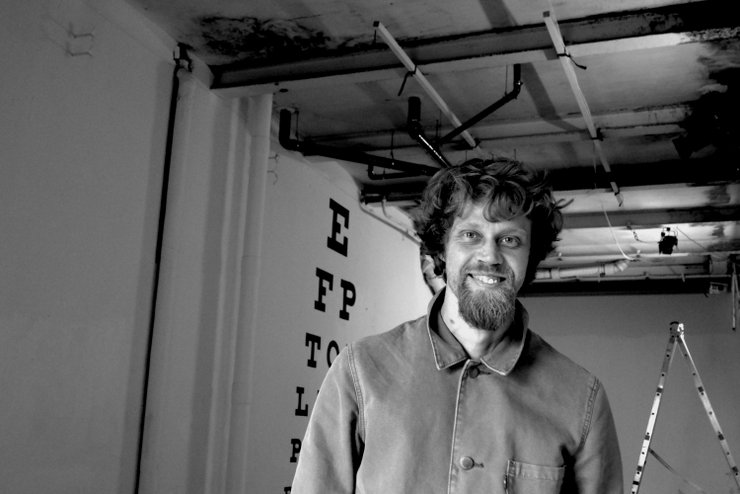