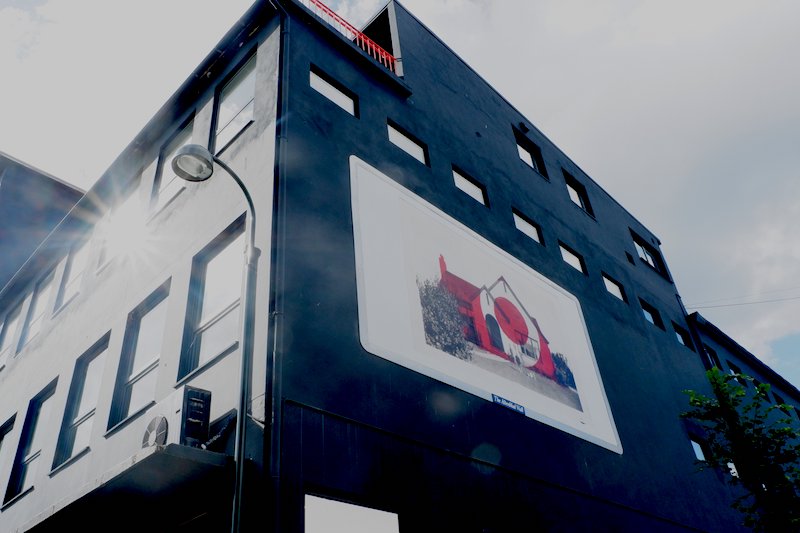 These public artworks come from his site-specific interventions on houses around the world, through which he deconstructs and manipulates suburbian facades looking at the social and emotional icons behind them. 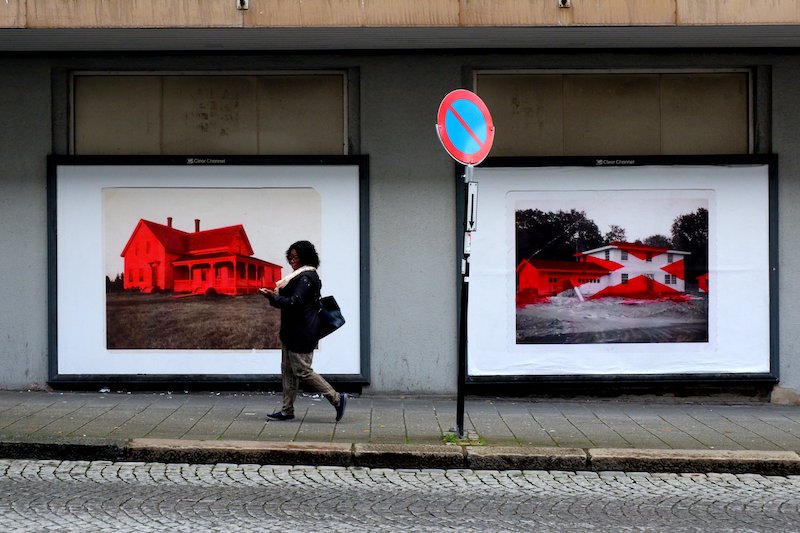 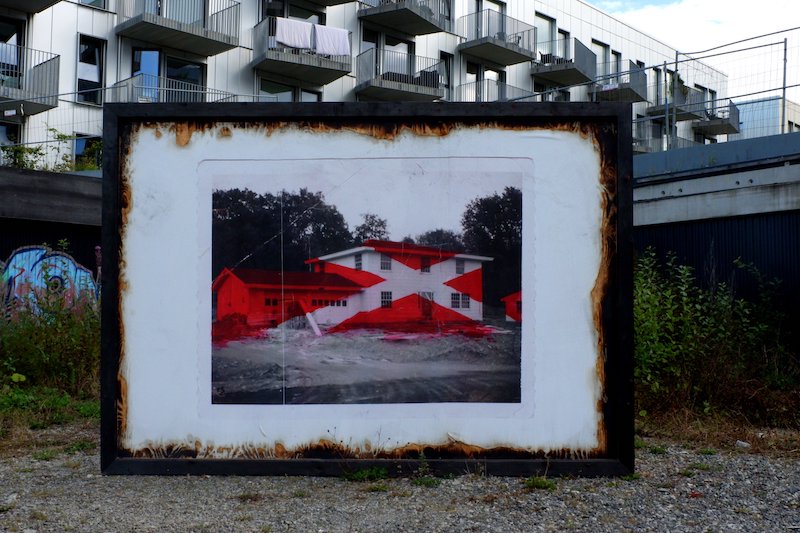 The concept of home as a universal icon is also represented at Nuart indoor exhibition ‘Rise Up!’ (3 Sept. – 15 Oct. 2017), where Ian Strange realized a large sculpture made of burnt wood and shaped as a roof of a house. 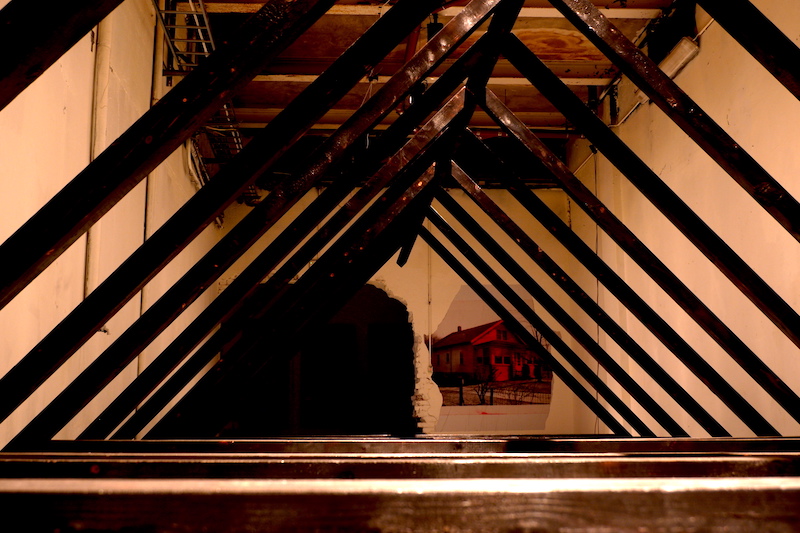 Ian Strange was also one of the speakers of Nuart Plus, the excellent series of debates characterizing Nuart Festival. During his speech, Ian recalled his artistic journey from the graffiti background (when he was known as Kid Zoom) to the transition into a contemporary artist working on large-scale projects that interrogate our idea of home as a universal symbol. 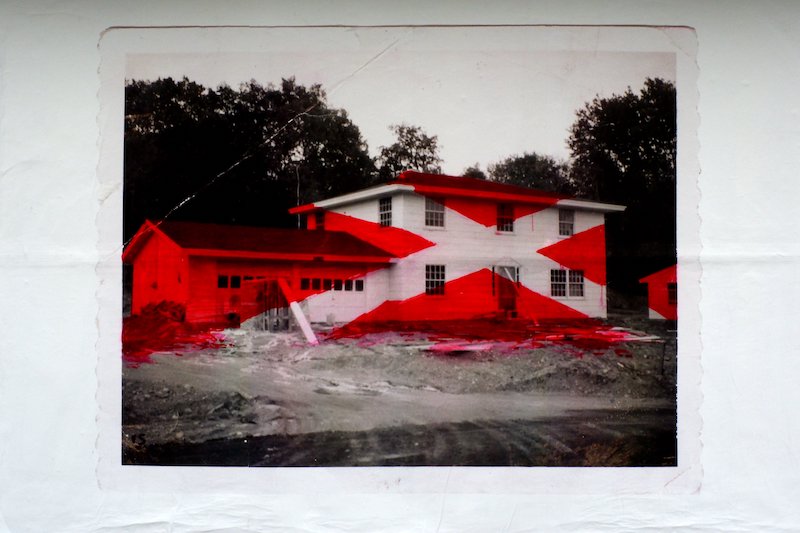 He also showed to the audience two short videos from the two main projects that he undertook as a contemporary artist: ‘Suburban’ (2011 – 2013), a photography-film-installation work documenting the process of incorporating eight suburbian houses by painting on them (realized in the USA: Ohio, Detroit, Alabama, New Jersey, New York and New Hampshire), and ‘Final Act’ (2013), yet one more project mixing photography, filming and installation to document the deconstruction of four houses in Christchurch, Australia.