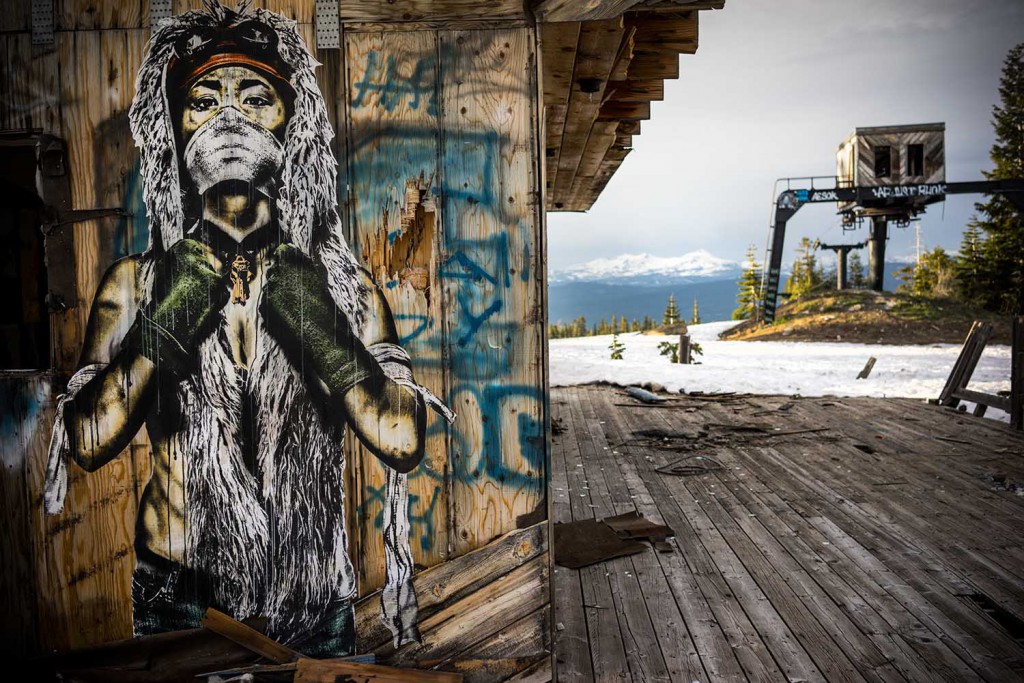 Well into Spring, Nite Owl, Eddie Colla and D Young V decided to follow the road to a place winter was still making it’s last stand. A winter that no longer is, in a place that once was; an abandoned ski resort in the Sierra Nevada mountains of California.

”Why? Maybe because East Oakland is a good place to leave sometimes. Maybe it was just to see snow again, something to break up the largely monotonous moderate Bay Area weather. At a deeper level I think some artists are drawn to abandoned places because it offers them a harsh reflection of possible outcomes.” 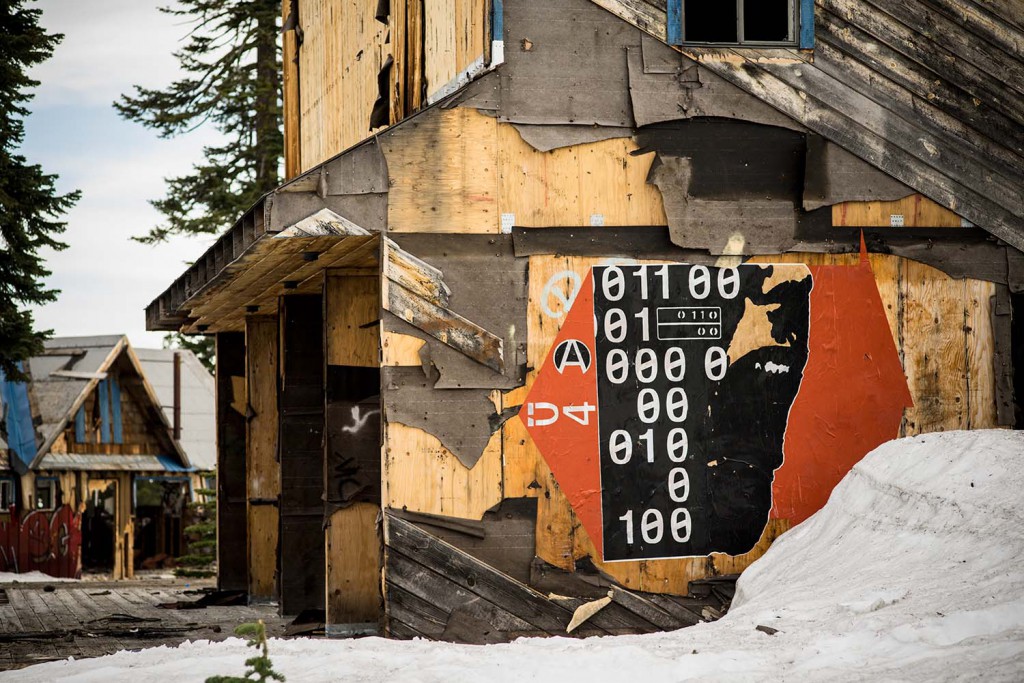 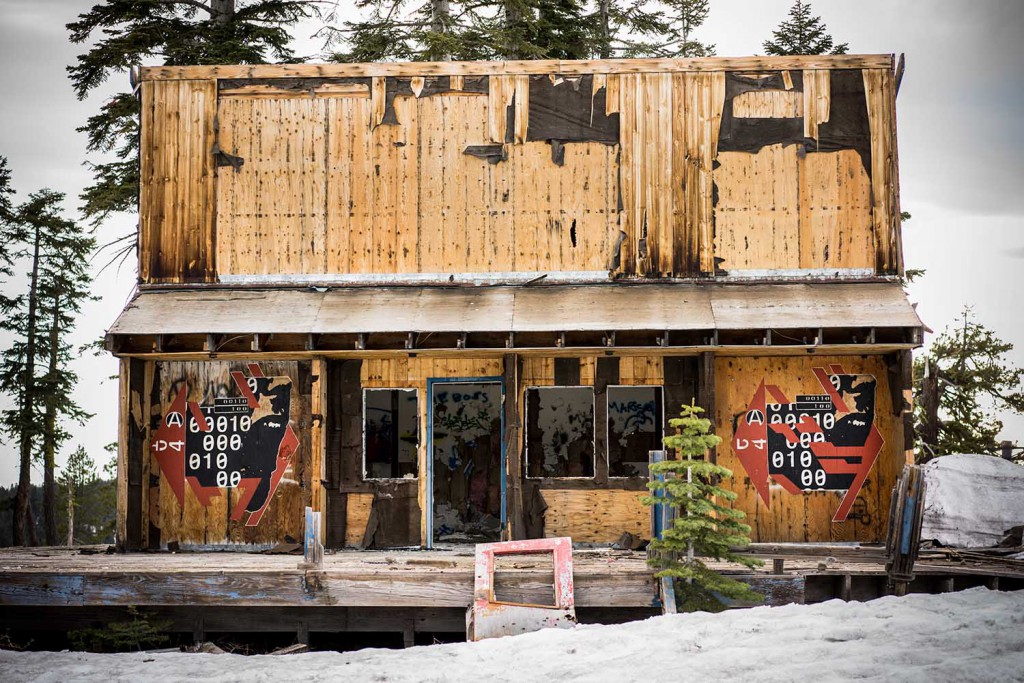 ”A face to face with how things can play out. These abandoned places were once the dreams and futures of the people who built them. Perhaps, because they were not economically viable and they were deserted. In their absence these places are romanticized, mysterious and haunting.” 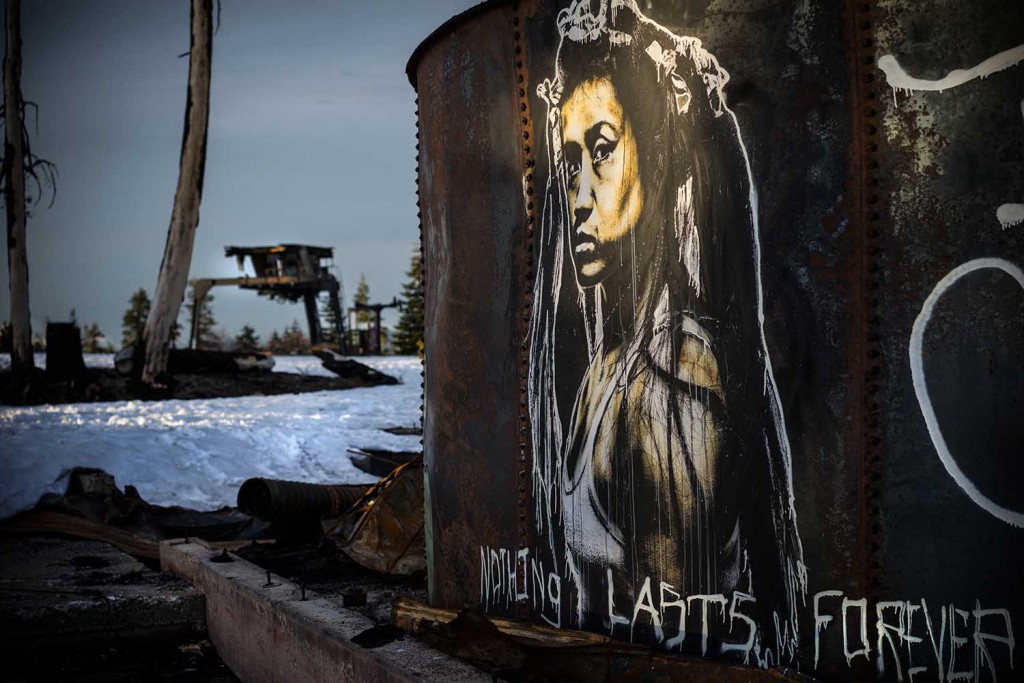 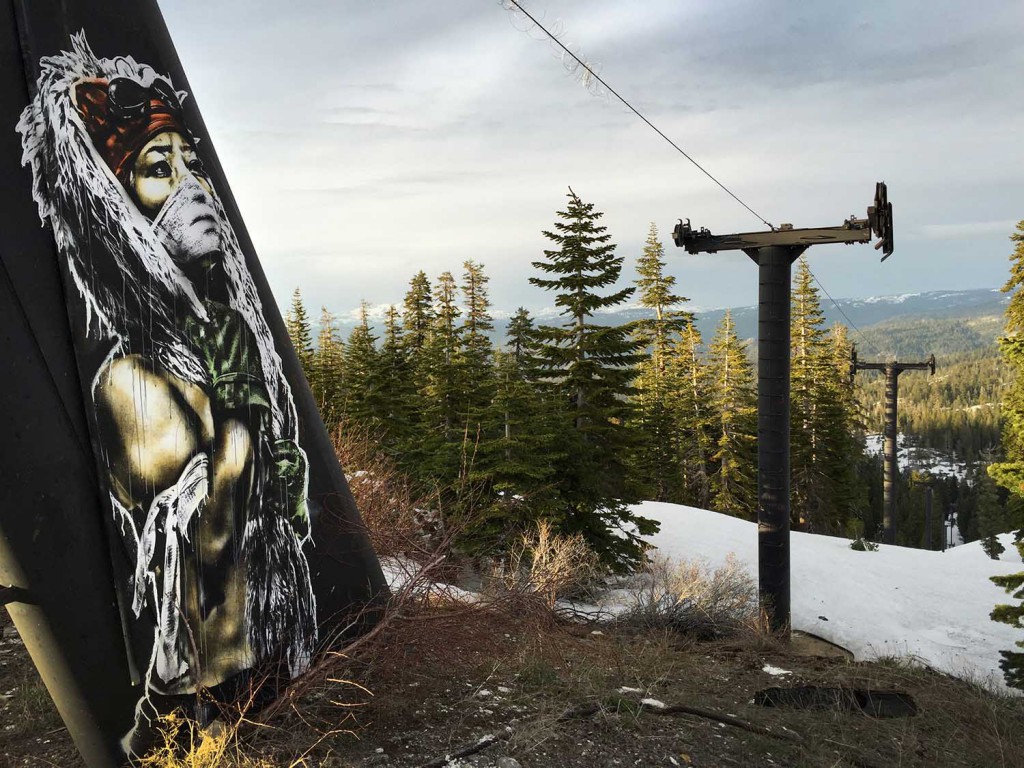 ”A story that runs parallel to the often told tale of the artist who is only appreciated after death. Although that fable is no more rooted in truth than Noah collecting 2 of each animal for his Ark, we carry these mythologies deep within us. Perhaps when they are reflected even minimally in the real world we are drawn to that reflection as proof that the fable is real. And that may be true. Or, It may have just been a Tuesday when no one had to work.” 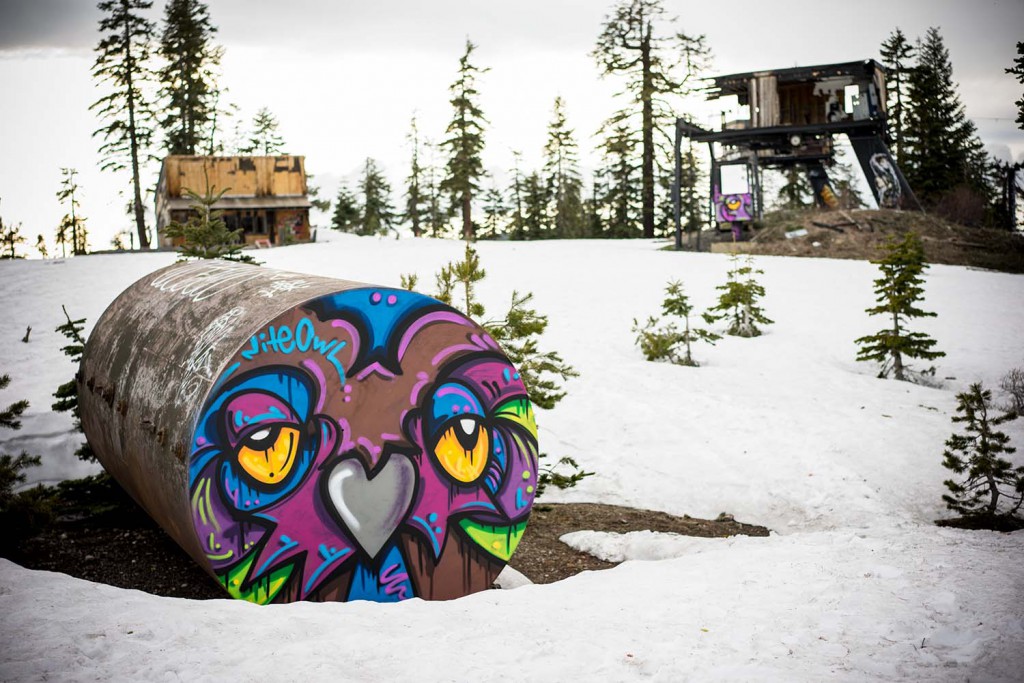 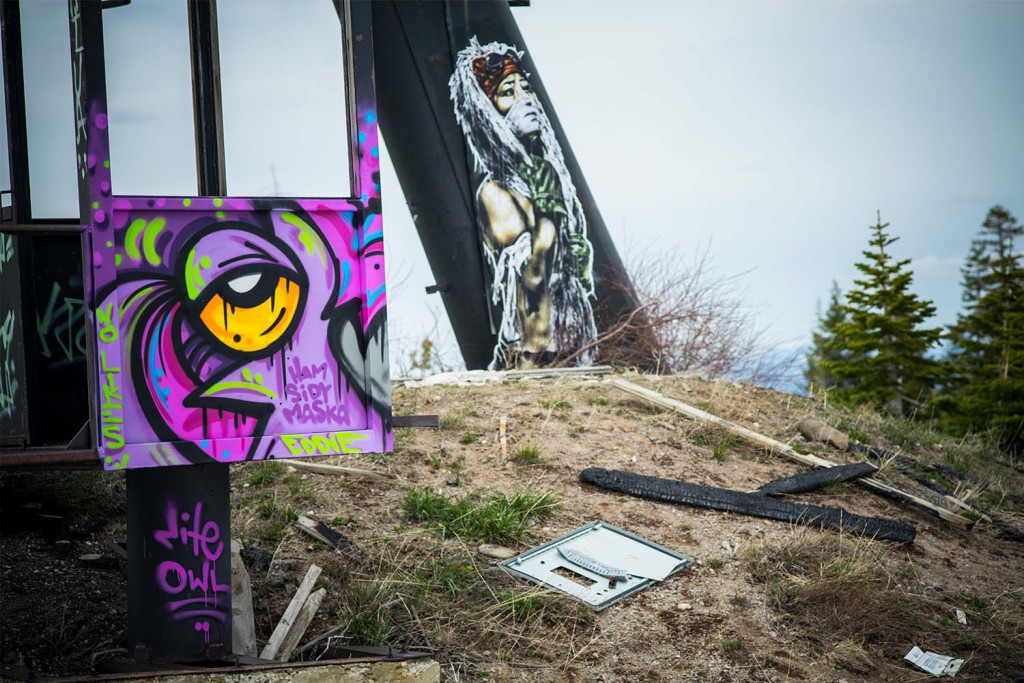 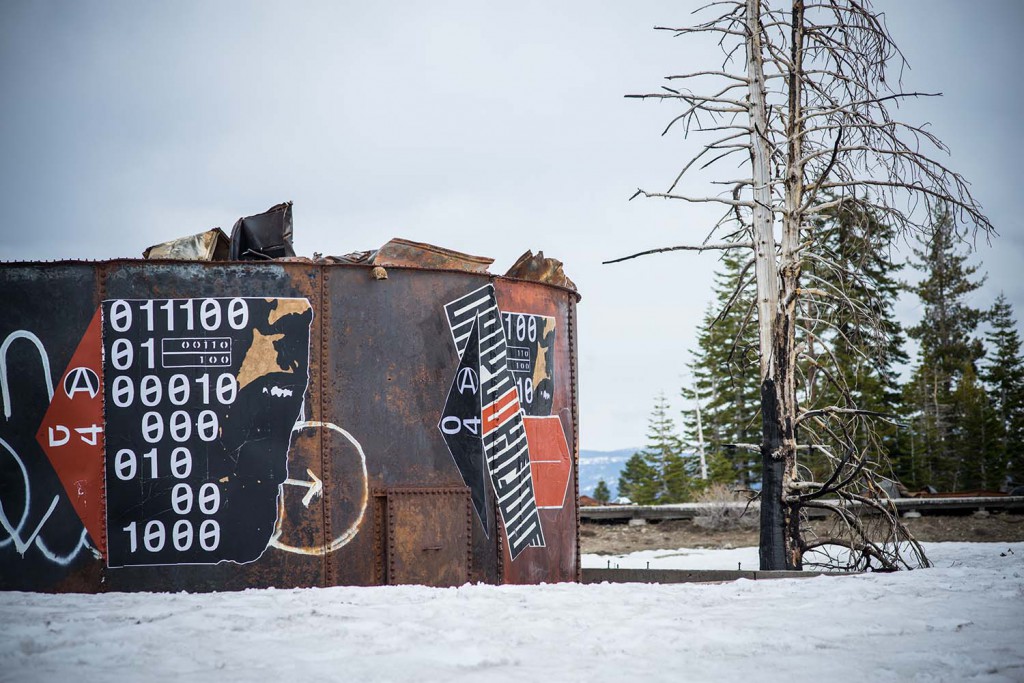 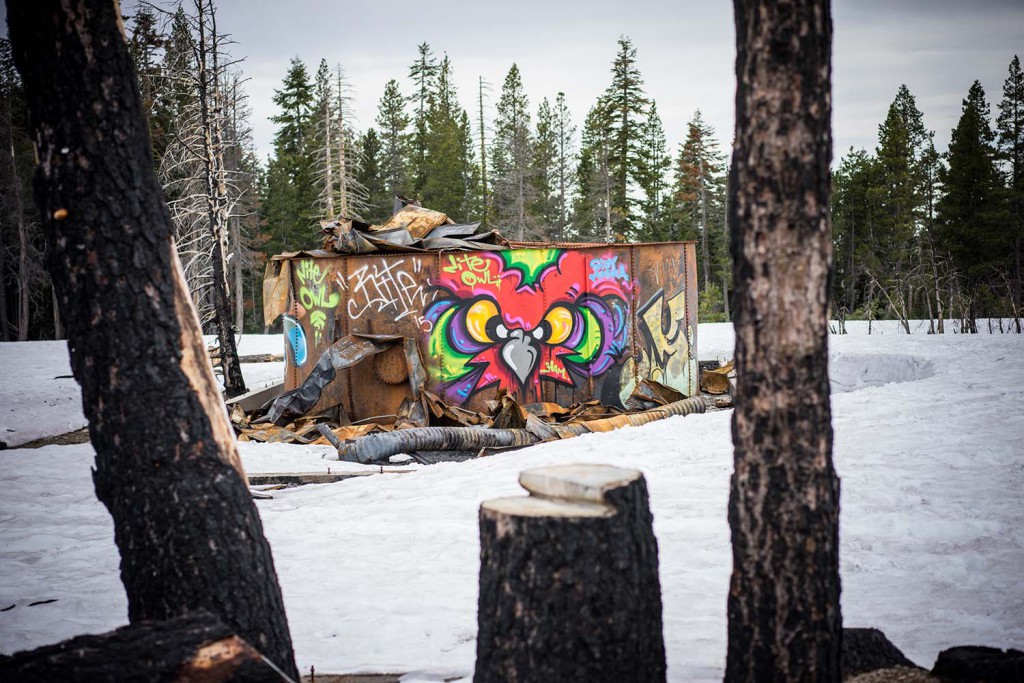 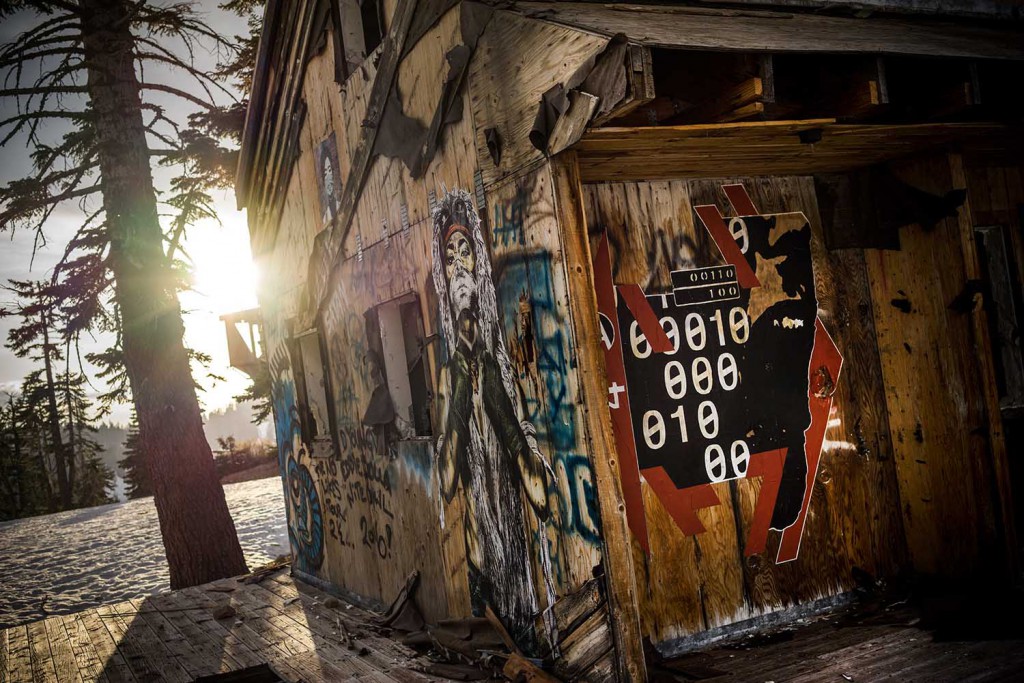 About Eddie Colla: Eddie Colla is an interdisciplinary artist and designer based in Oakland,CA. After graduating from California College of the Arts in 1991, he went on to pursue a successful career as a commercial photographer and photojournalist for the New York Times before turning his focus to his personal studio and street art practice.

About Nite Owl – Nite Owl is a prolific Oakland-based artist who considers owls to be his medium of choice — whether they appear in his large, colorful murals, stickers on news boxes, or fine art paintings on gallery walls. Preferring to paint over found objects. Often lifting discarded furniture and construction debris from curbs “I truly like the fact that my work will help keep another item out of a landfill,” said the artist. He relishes giving old objects new life.

About D Young V: D Young V is a San Francisco based artist focused on a series of multi media projects furthering his ongoing narrative of a social dystopia. He gained his MFA from the Academy of Art in San Francisco in 2006 and has since been focused both large indoor gallery installations and outdoor public projects.

or check out more :