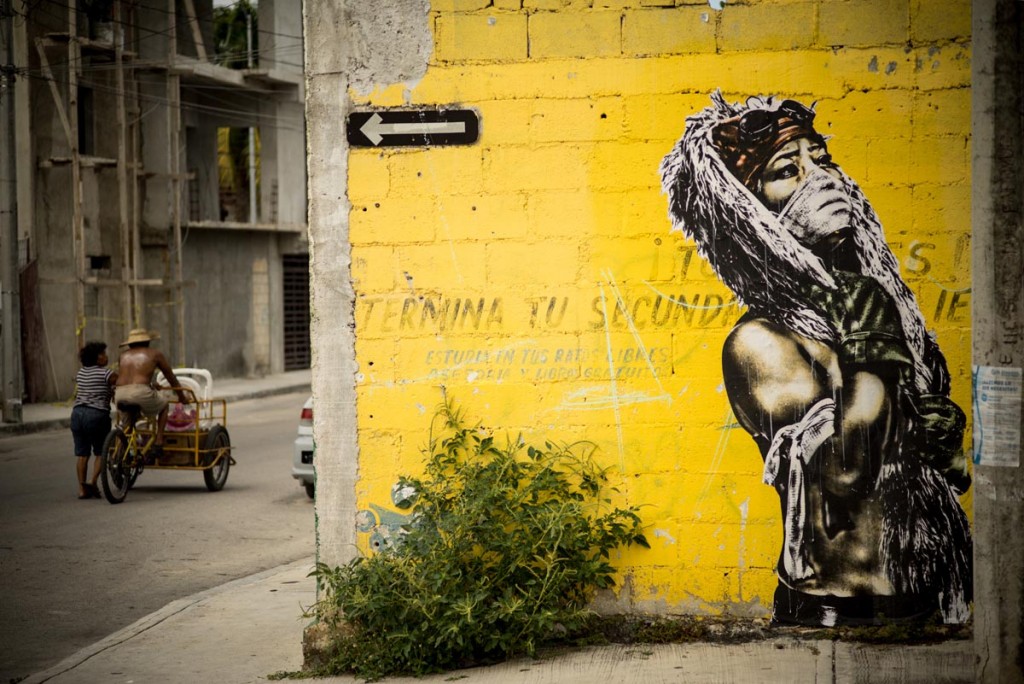 This was a different experience for Eddie and D Young V. The usual protocol is to show up somewhere and start throwing stuff up where ever they feel like it, but this was a festival, with arranged walls, accommodations, food etc. The crew at Dreamers really took care of us from beginning to end. We had 2 arranged murals to complete during the week punctuated by a handful of uncommissioned pieces around Playa del Carmen. 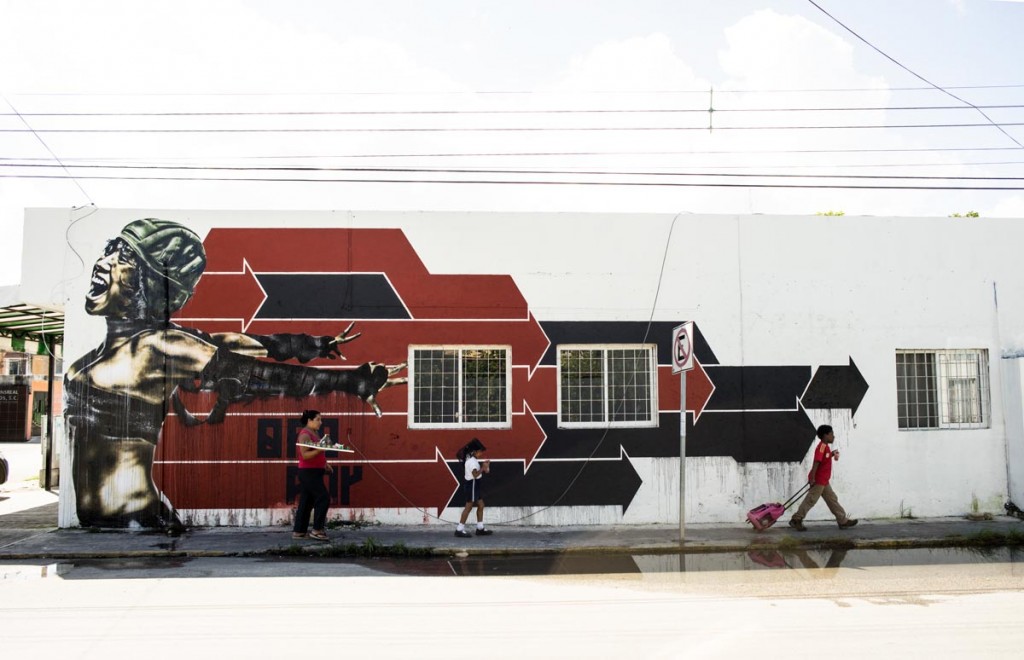 Working in Mexico was different in a lot of ways, however the thing that becomes apparent is the sense of appreciation for visual art that is deeply embedded in the community. The positive feedback from random people on the street was something that doesn’t really exist in other places. A minor example of this was the continual local business owners offering us new mural commissions daily. This coupled with the variety of locals young and old asking to take their photo with us really gave a strong sense of appreciation and respect. There is also a closely knit and growing arts community in Playa del Carmen that is very passionate about contributing to the cities cultural richness. Beyond the beaches and hotels and tourism there is a strong push to develop the art in this quickly growing city. After a week of great food and sponsored parties along with cheap panuchos, cheap Mezcal and battling with some heavy rains the festival wrapped up. Eddie and D Young V headed to Isla Mujeres to get back into the flow of just showing up somewhere and putting work wherever they feel like. This will not be the last trip either of these artist make
to this region. 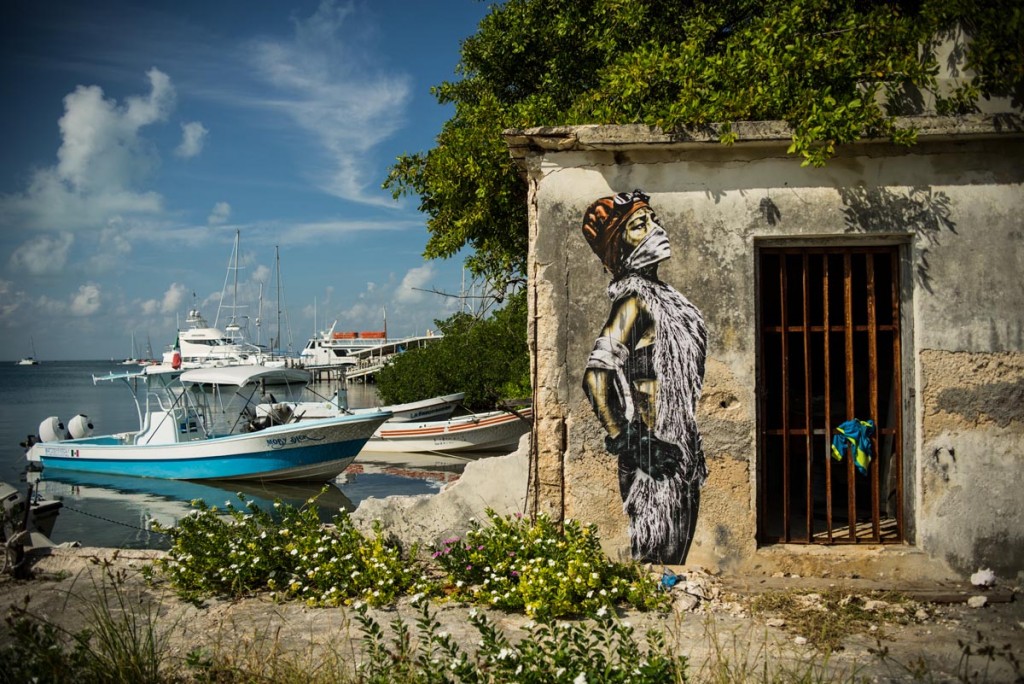 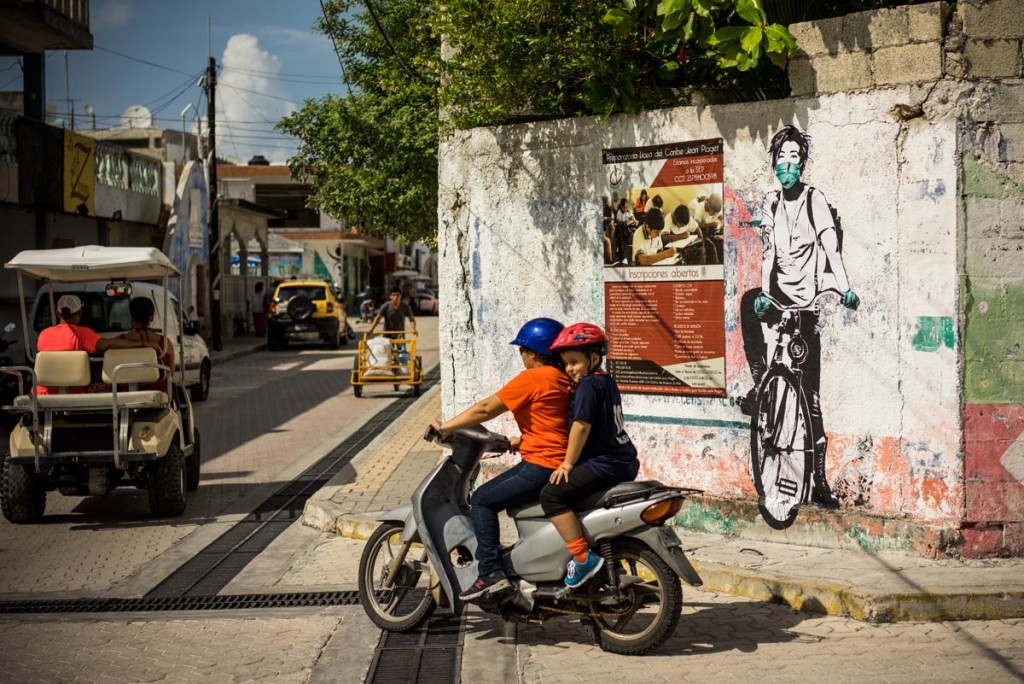 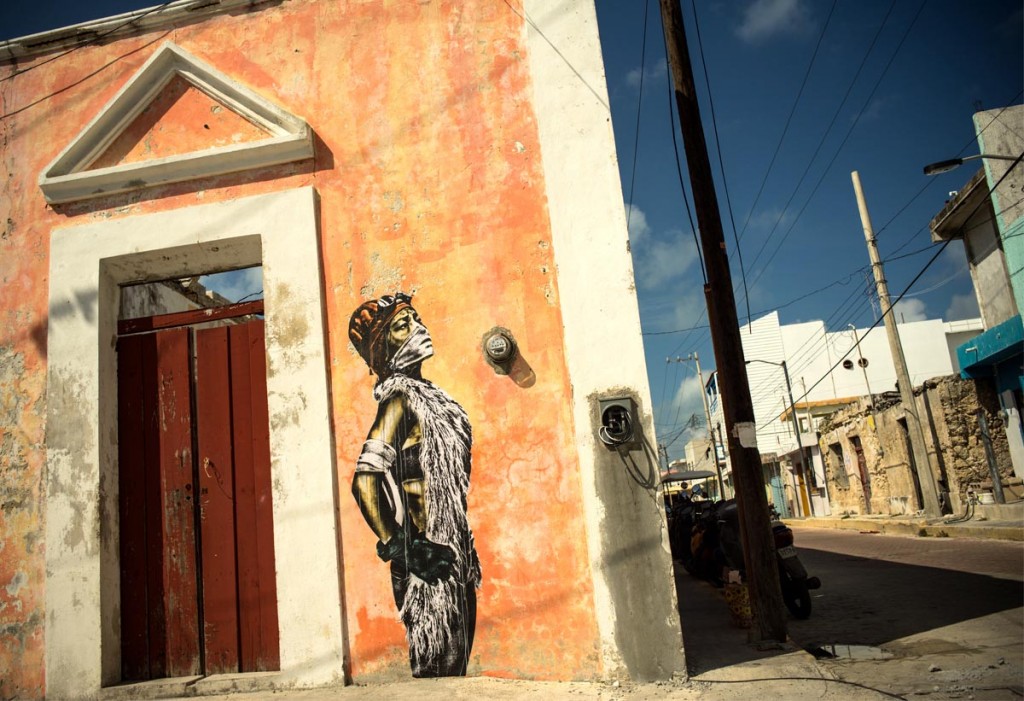 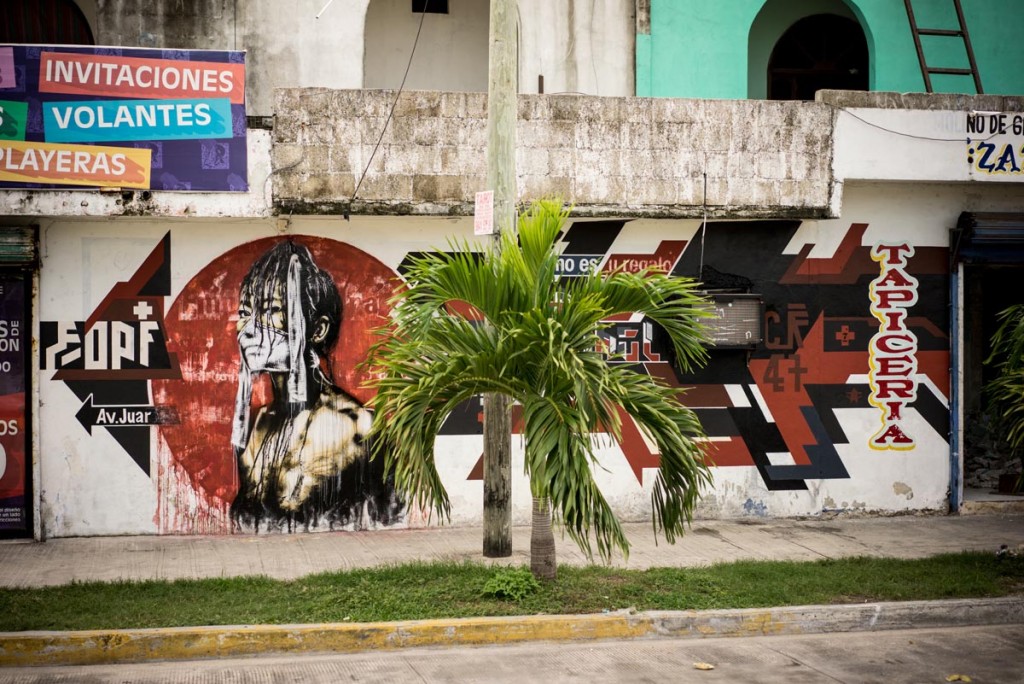 About Eddie Colla: Eddie Colla is an interdisciplinary artist and designer based in Oakland, CA. After
graduating from California College of the Arts in 1991, he went on to pursue a successful career as a commercial
photographer and photojournalist for the New York Times before turning his focus to his personal studio and street art
practice.

About D Young V: D Young V is a San Francisco based artist focused on a series of multi media projects
furthering his ongoing narrative of a social dystopia. He gained his MFA from the Academy of Art in San Francisco in
2006 and has since been focused both large indoor gallery installations and outdoor public projects.

About Dreamers Art Festival: Dreamers Art Festival 2015 is a public art event with a Caribbean flavor where
love for art is expressed between the coexistence of mural painting workshops for children and adults, screenings,
exhibitions and music. We are a group of young people who will create a new contemporary art scene in the Caribbean,
avant-garde art that knows awareness, educates and generates income and helps the local economy. Positioning a new
tourism / cultural sector in Playa del Carmen creating an alternative to the activities it offers, thanks to an artistic
movement that is unfounded, and now attracts people from around the world. Dreamers maintains a keen interest in art
therapy and support in its first edition children with autism spectrum as through Art Therapy the opportunity of
expression and nonverbal communication will be provided, on the one hand by involving conflict resolution and to
encourage self-awareness and personal development. 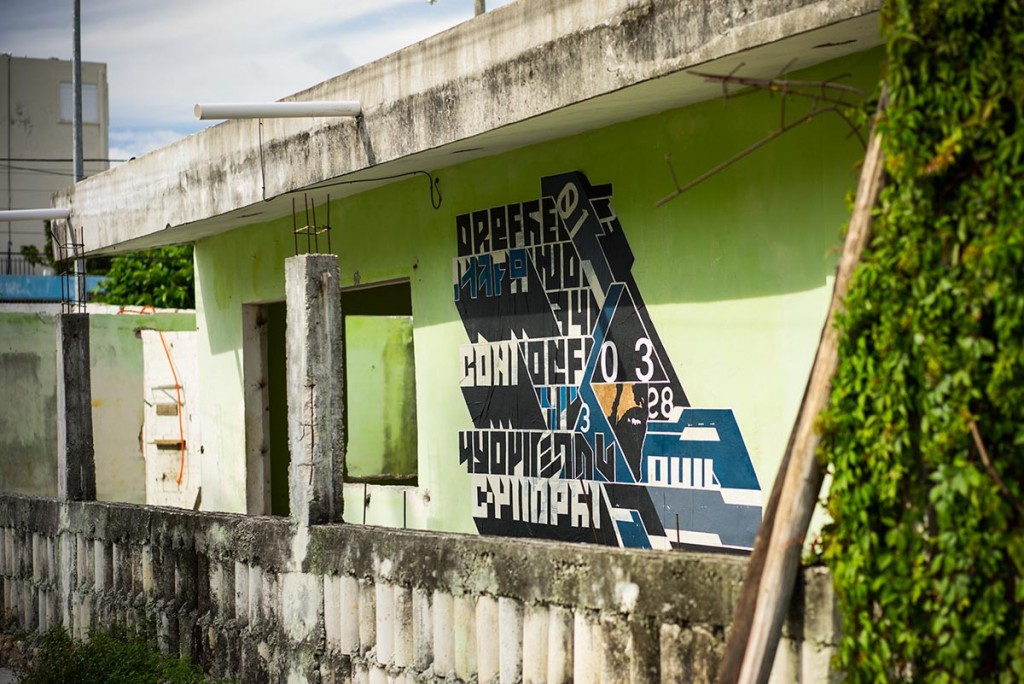 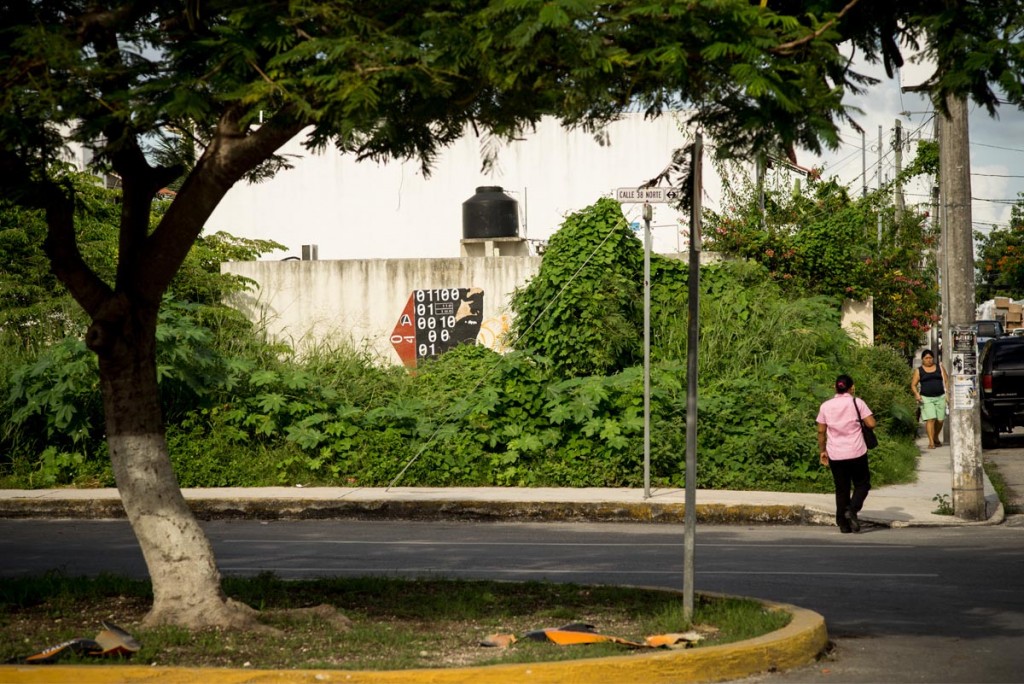 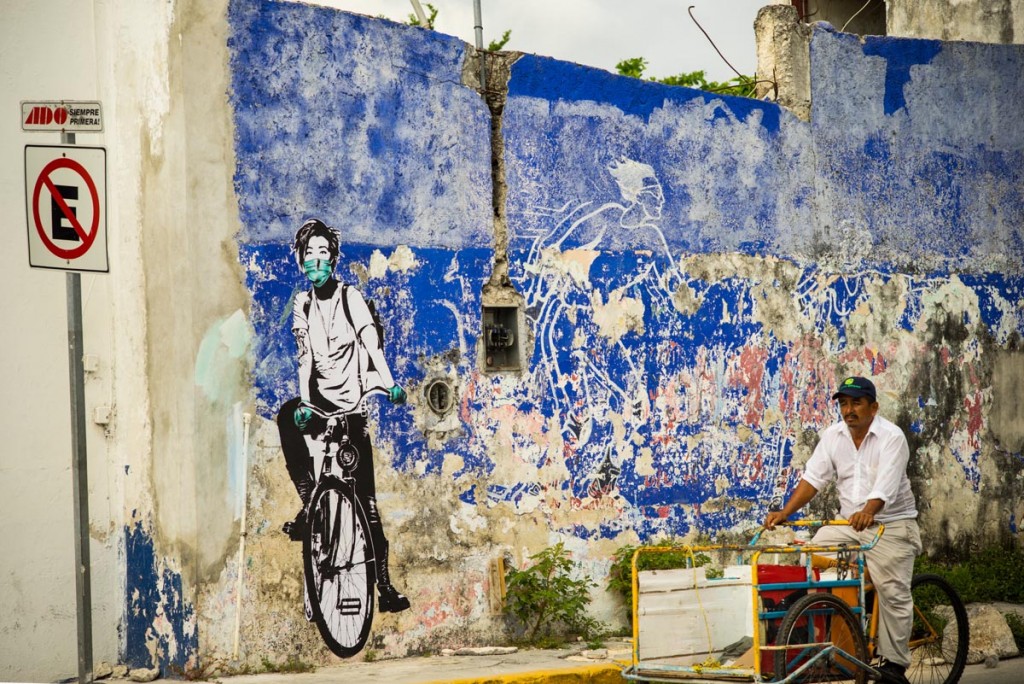 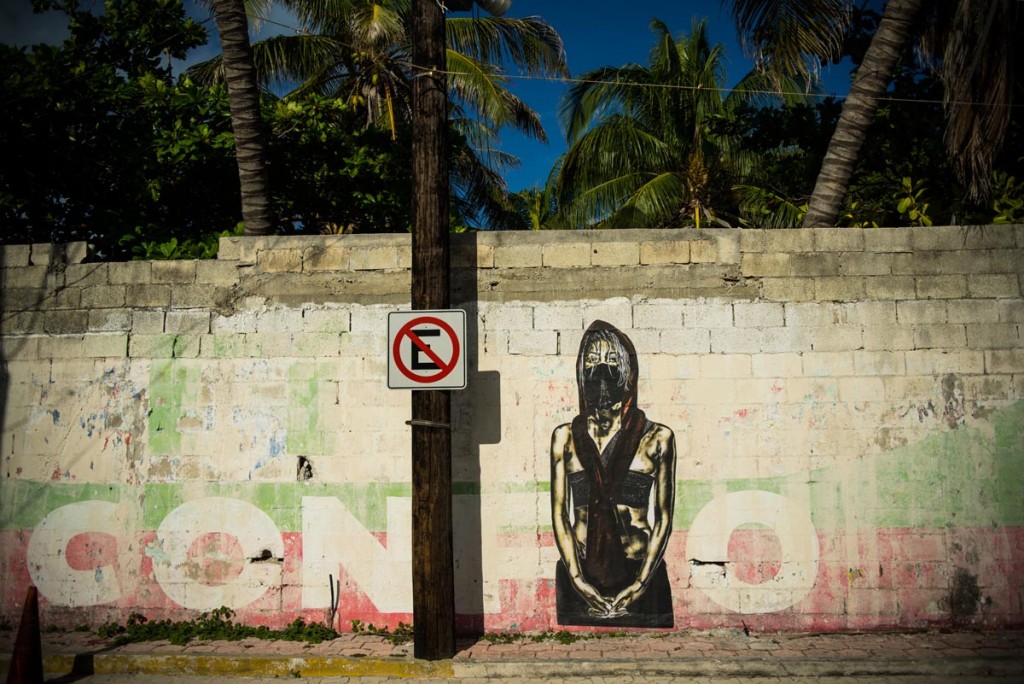 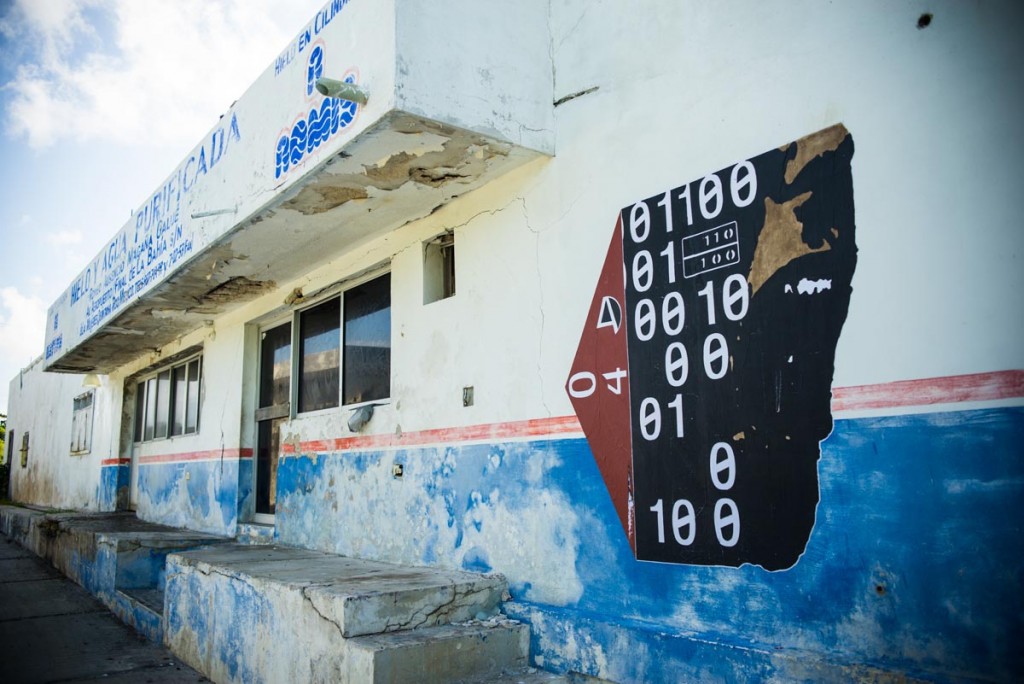 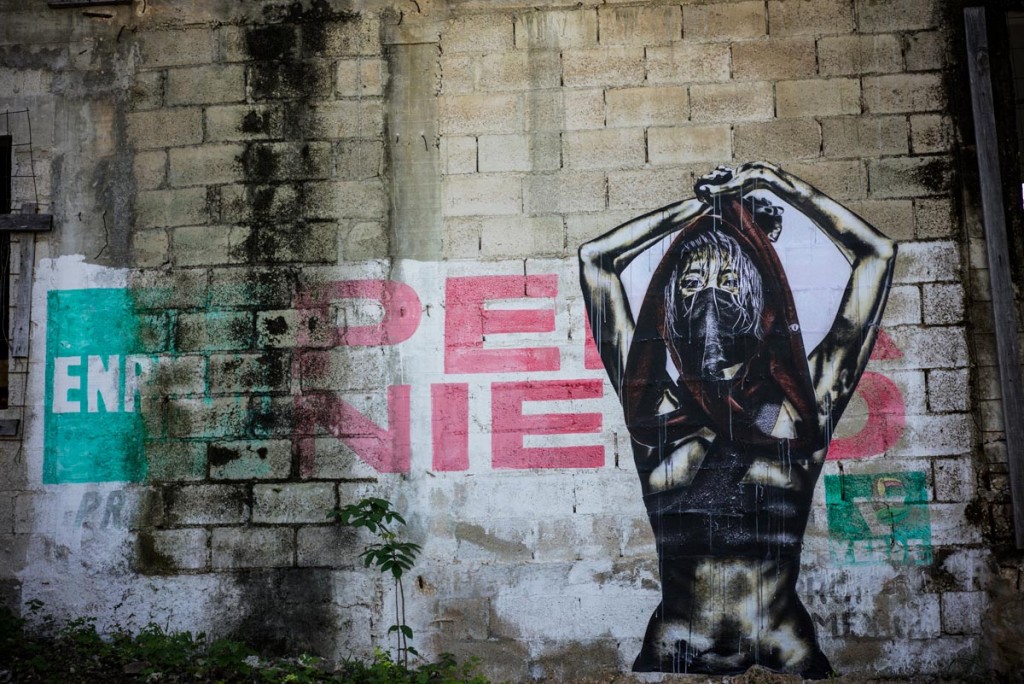