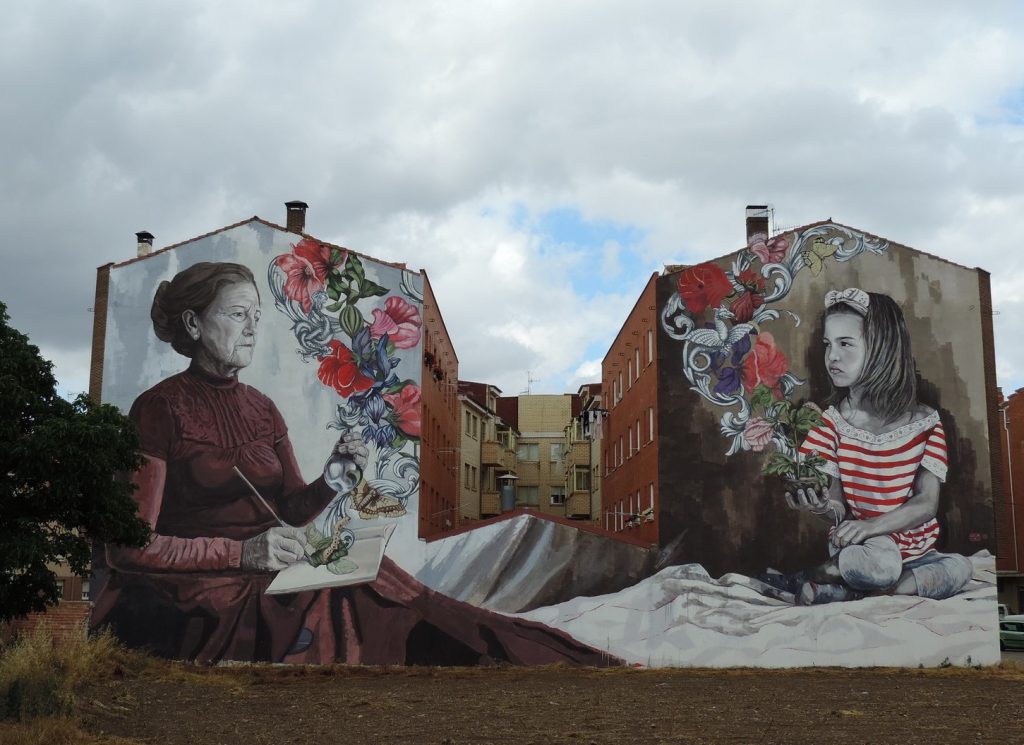 A social and artistic project based on the idea of creation and improvement of spaces took place in the village of Belorado in Spain. The strategic location of Belorado, as a part of the multiple stages of the Santiago´s Ways in Spain, is the starting point of the WALL-KING. During the month of July of this year the town has hosted the third intervention within this project. Curated by Starter Projects on this occasion, the theme and the artist is a clear tribute to the world of women.

LULA GOCE has been the artist invited to make a new intervention. She painted a wall making a reference to women as transmitters of knowledge throughout history. 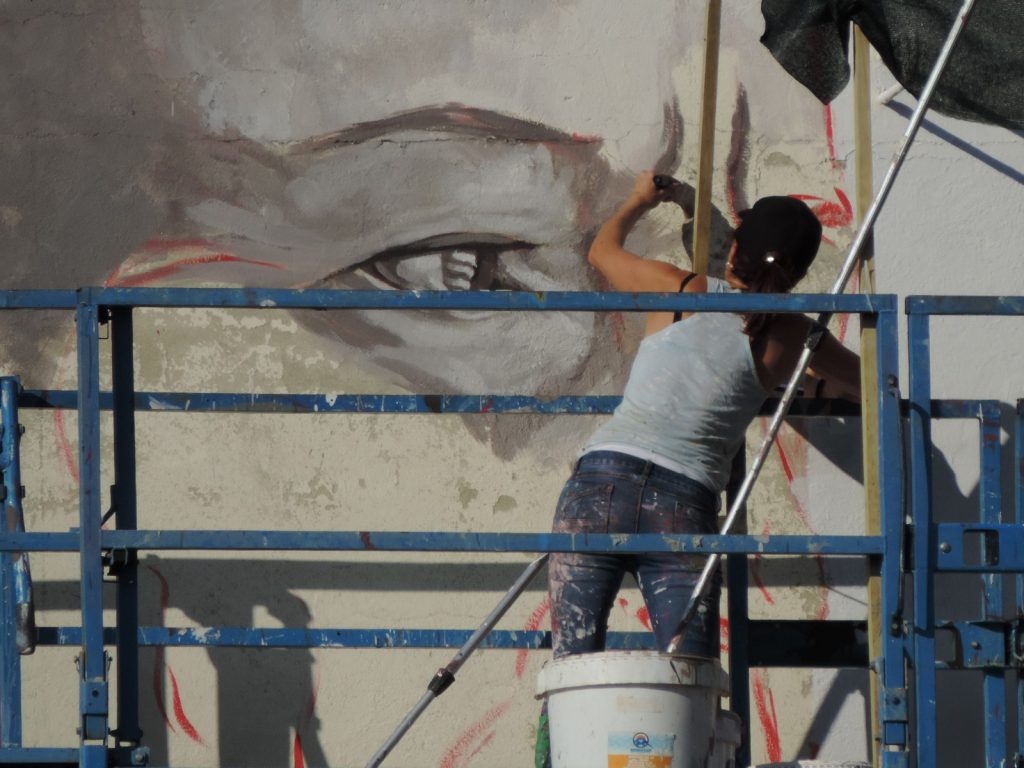 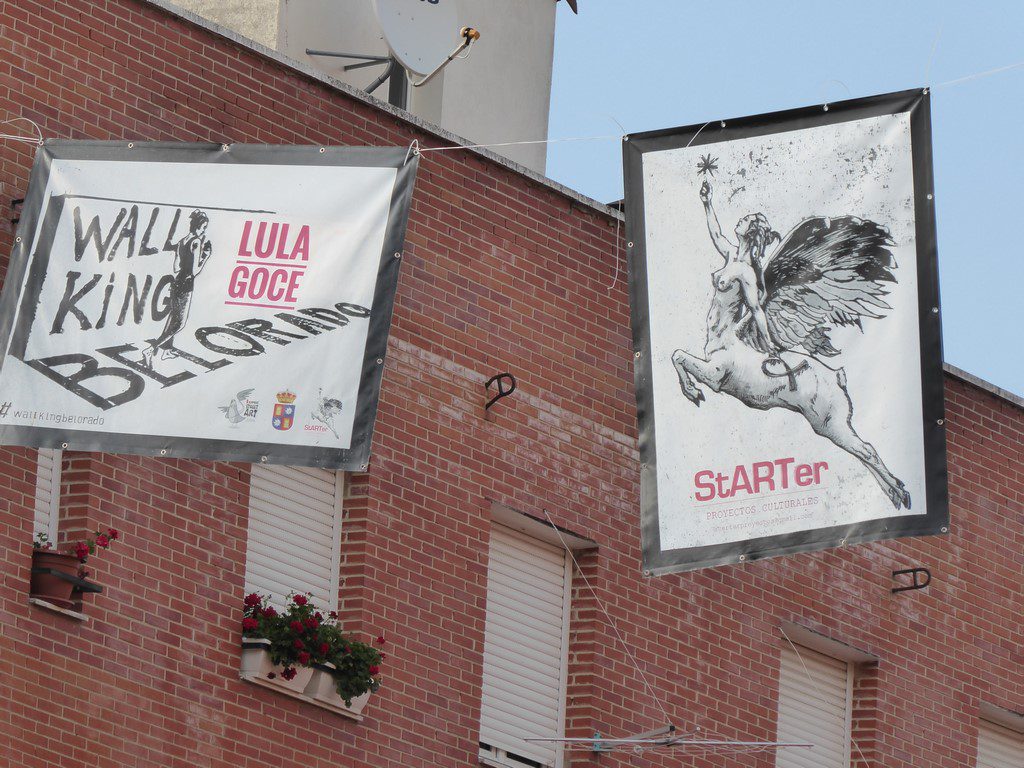 Two female figures suggest different relationships and a reflection on nature and belonging to the earth through plants and animals like worms in processes of metamorphosis in a clear symbol about the vital processes of the human being.

As a counterpoint to the tribute wall painted by Alegría del Prado last year to the botanist Hipólito Ruiz Lopez, this year it started with the figure of a scientific woman pioneer also in this field the German Maria Sibylla Merian who was the first naturalist to investigate the world of insect and later scientists will take as reference for their own studies, such as the metamorphosis of caterpillars into day and night butterflies.

The work expands its meaning by not being a portrait of Maria Sibylla but a contemporary representation of women as transmitters of knowledge. Articulated around two female figures, an old lady and a girl, the mural proposes multiple readings leaving open to the viewer the relationship between the adult woman and the girl who stars. 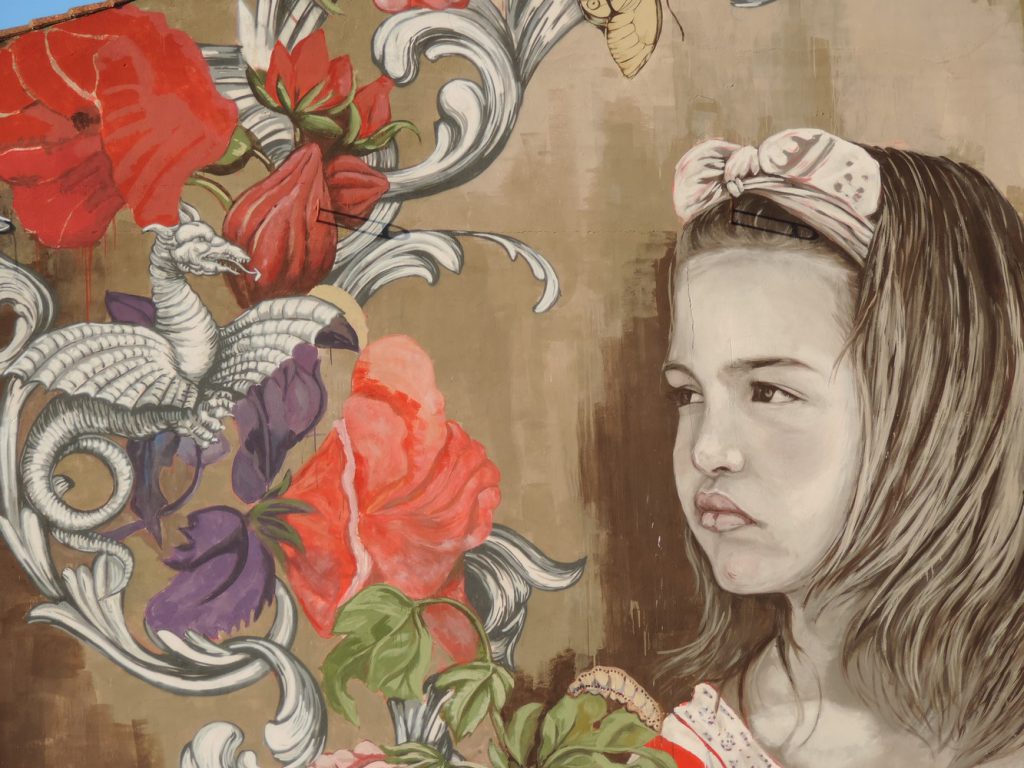 Here some images of Lula Goce´s process on the wall of more than 400 square meters in the Plaza de la Constitucion. 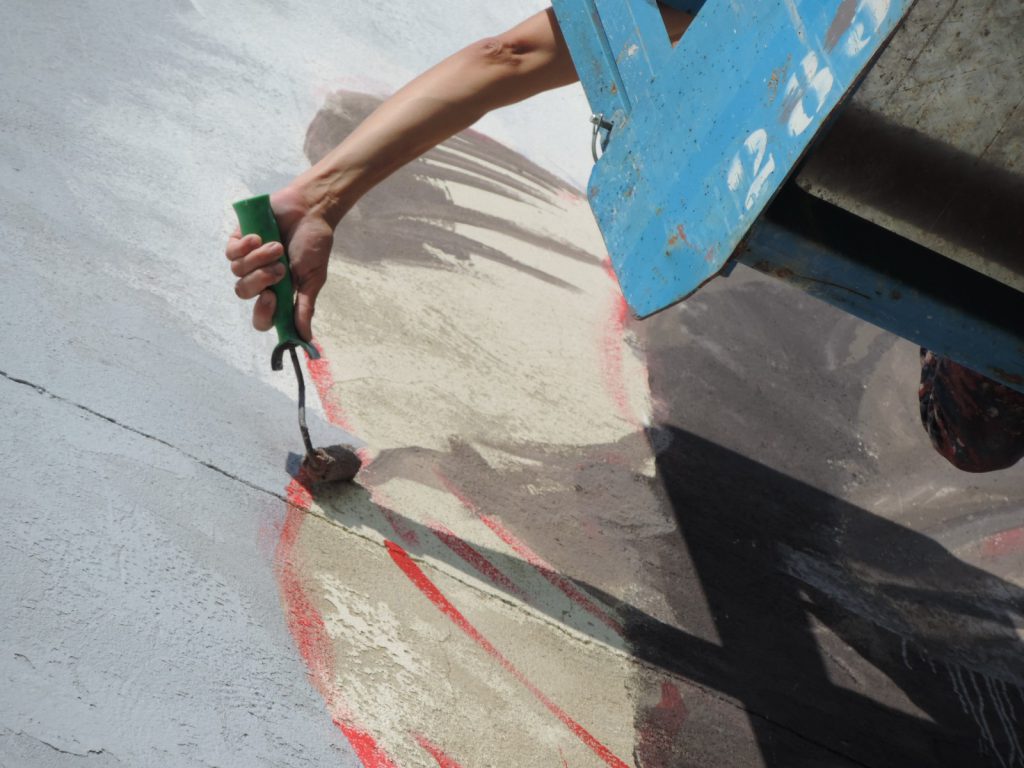 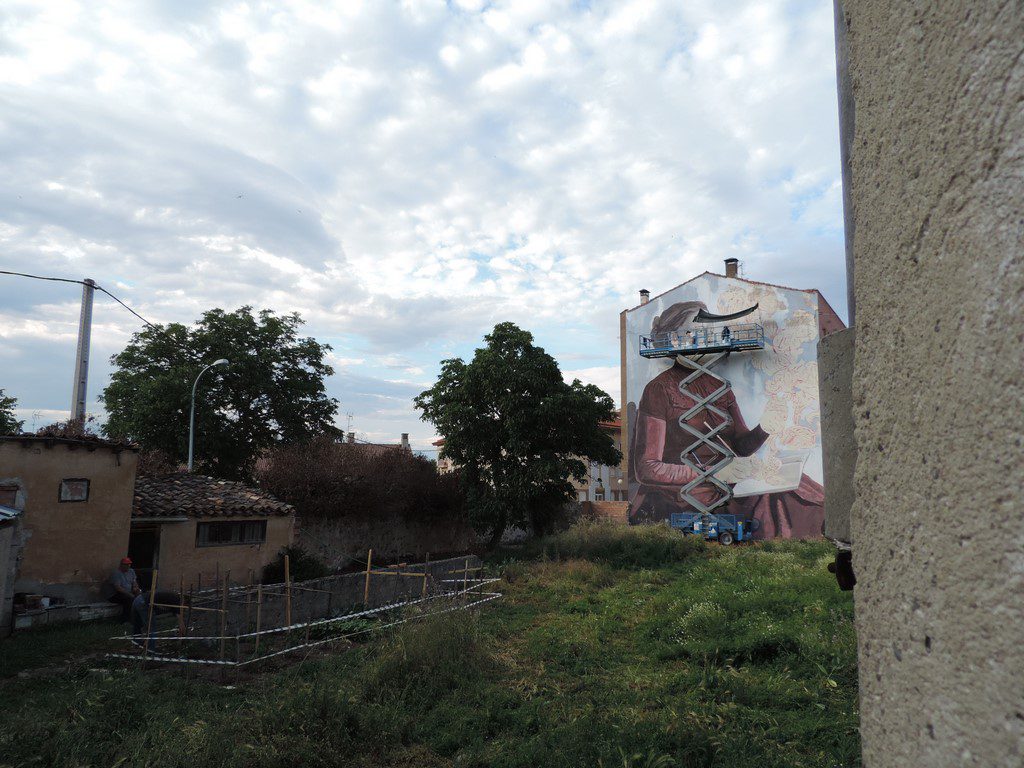 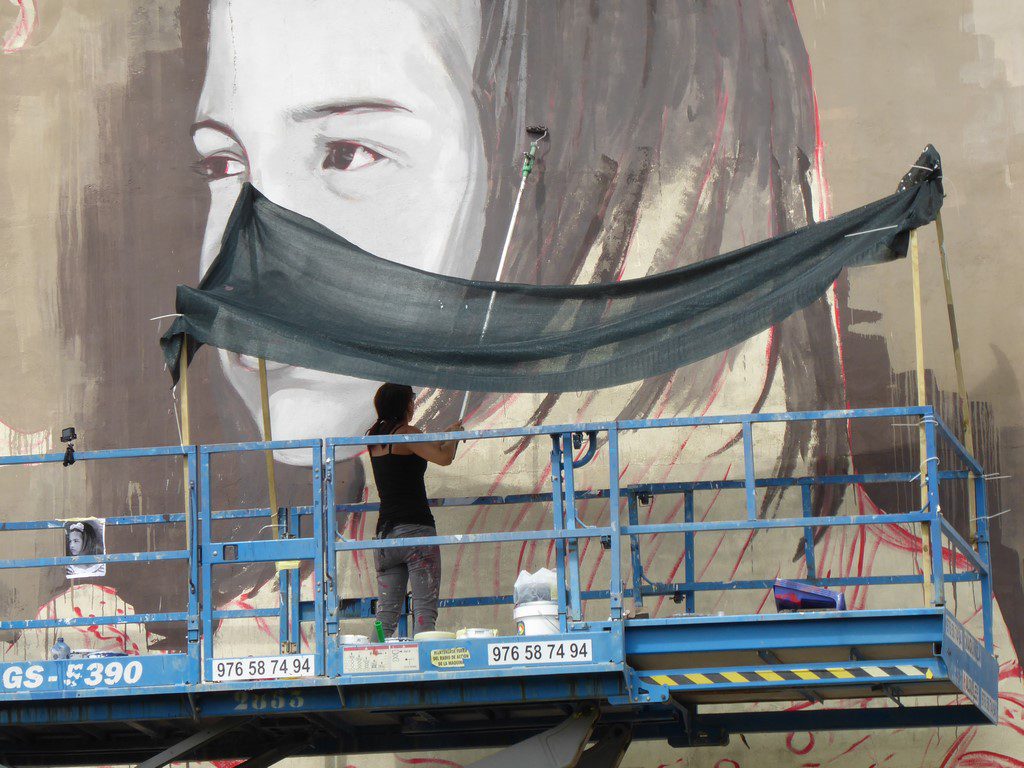 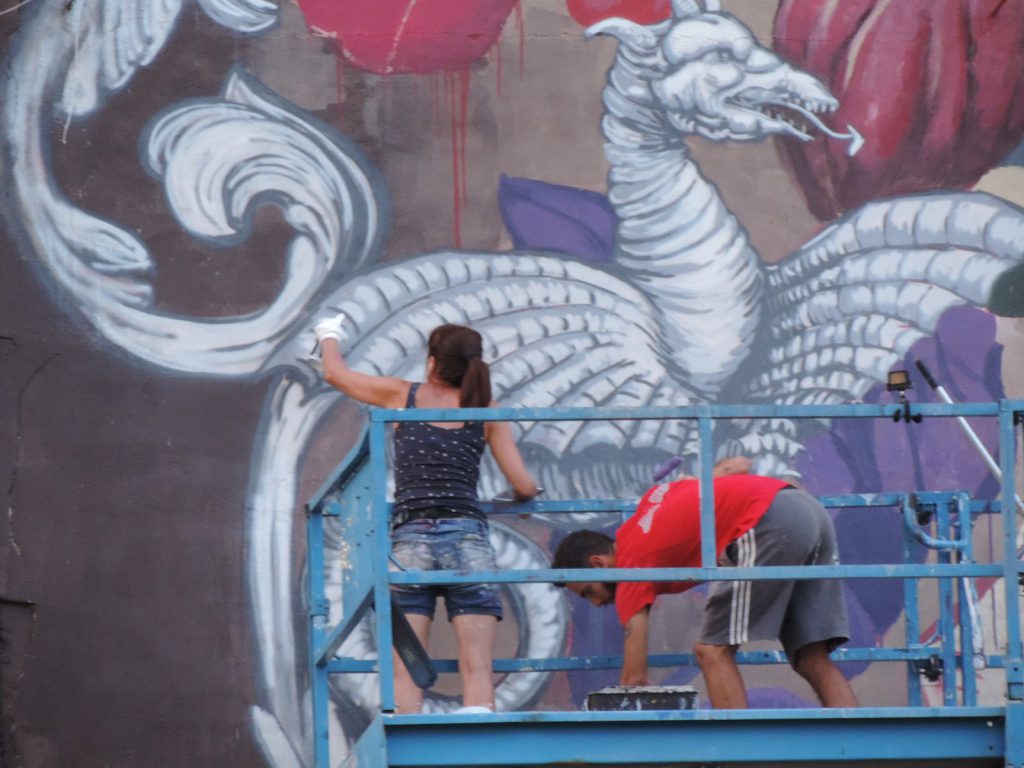 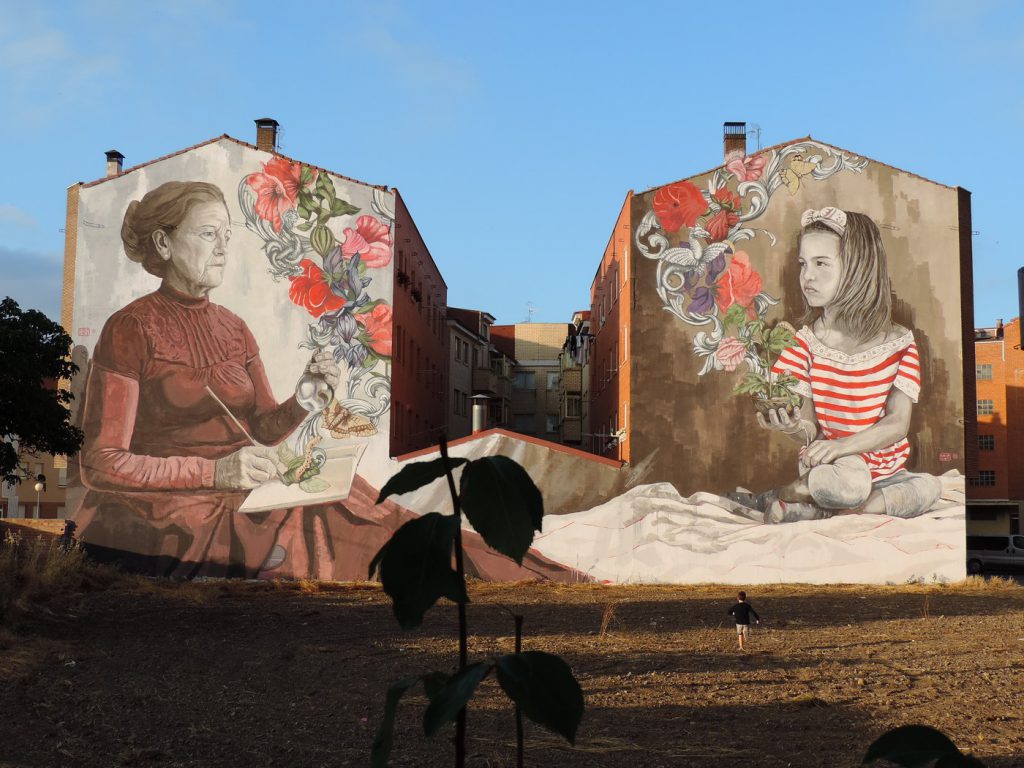 If you travel around Belorado as a pilgrim of the Santiago´s Way do not forget to look back. 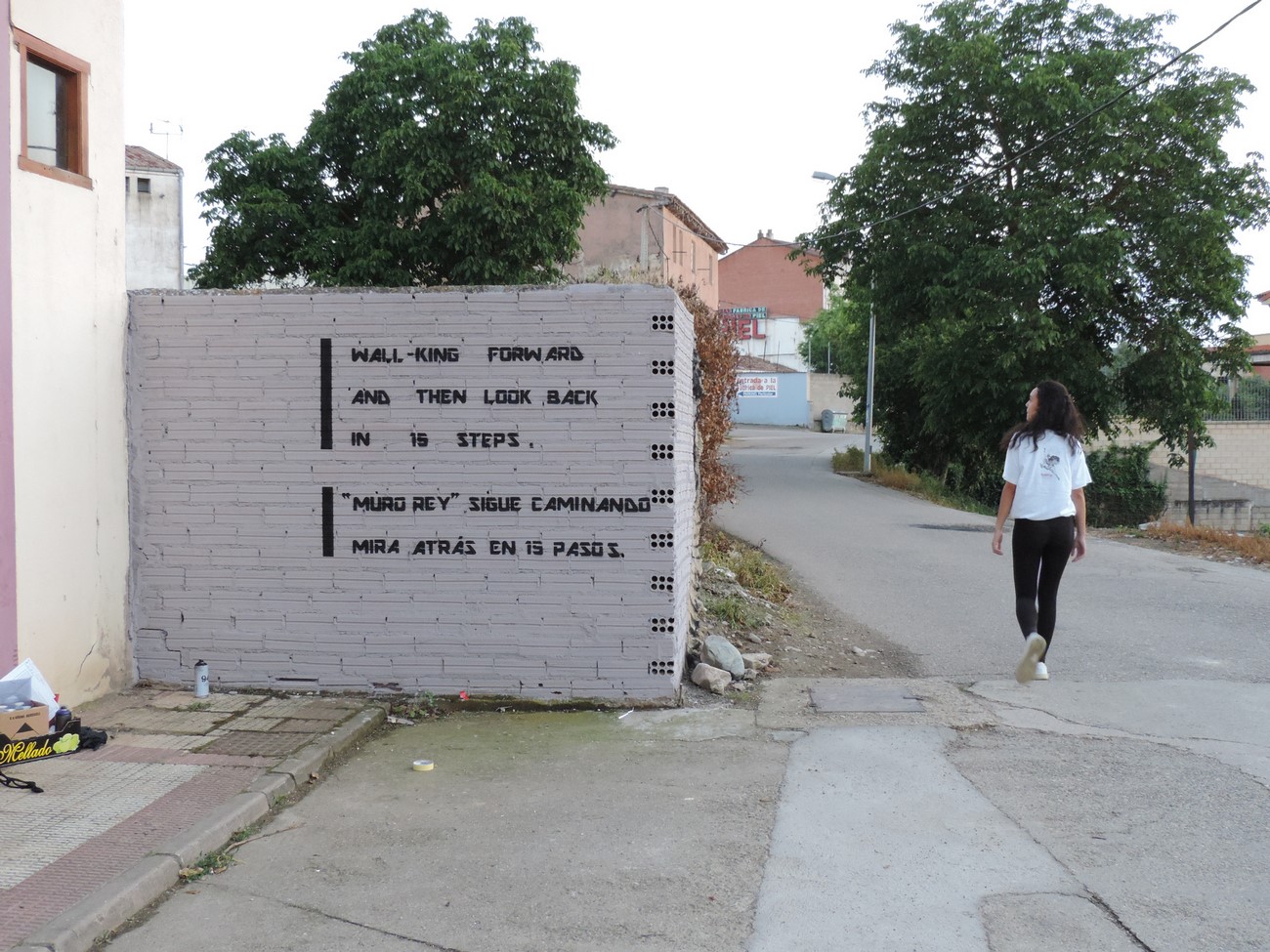