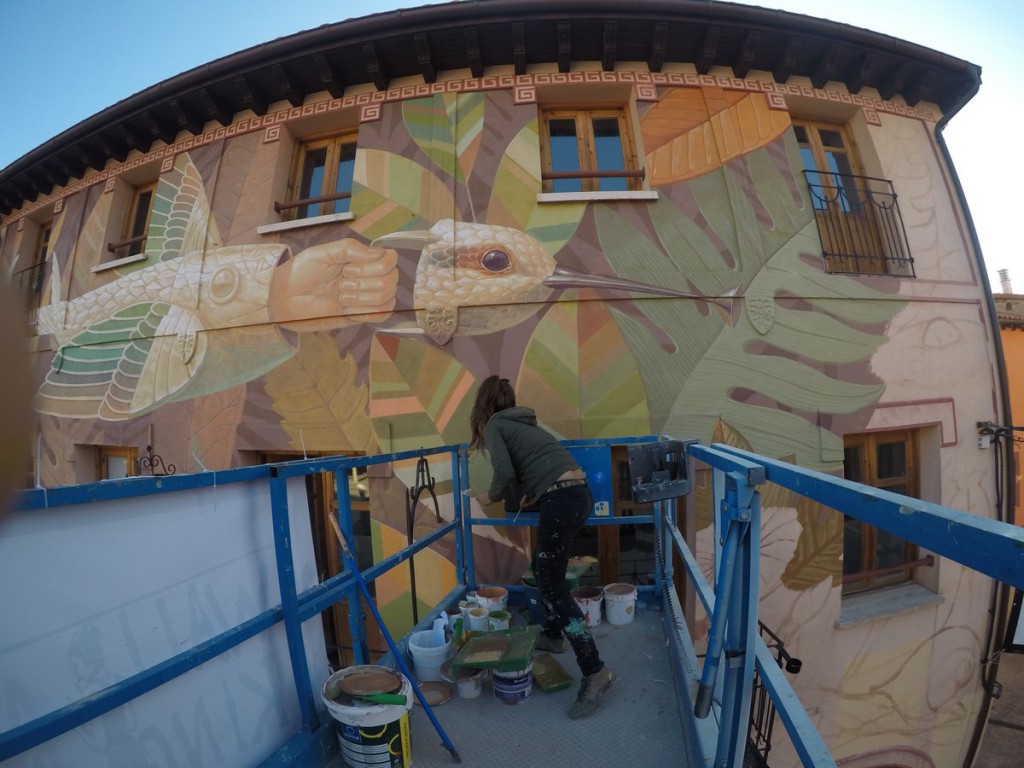 The artistic duet Alegria del Prado have just painted a mural in the context of a partnership between the town hall of (Spain) and the commissioner of Starter Culture Projects. The strategic location of Belorado, a part of the multiple stages of the Santiago´s Ways in Spain, is the starting point of the WALL-King Belorado, which is a social and artistic project based on the idea of creation and improvement of spaces in the village.

The term chosen alludes the support for the interventions, some of its walls and on the other hand to the idea of walking to discover them. An invitation to rediscover environments from a contemporary perspective with the idea of transforming the public space into a place of dialogue between the past and the present since the current creation. Alegria del Prado is a collaboration of two artists – Octavio Alegria from Mexico and Esther del Prado from Spain. They’ve been working together since 2010. 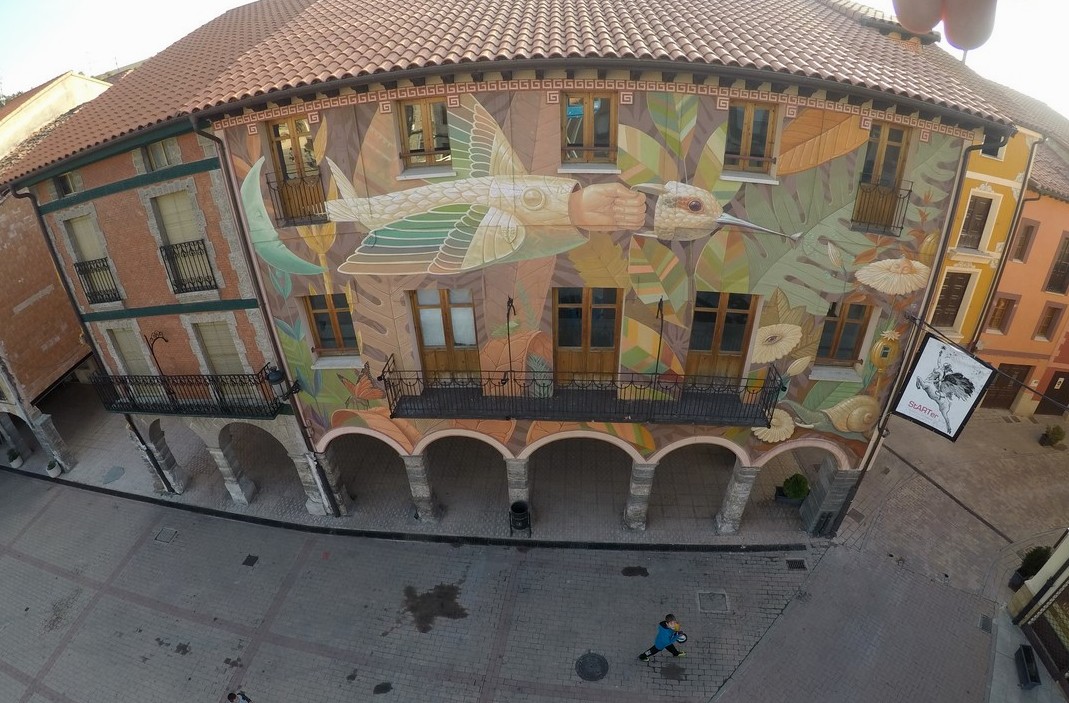 The artists have presented their personal tribute to the extensive work of the botanic Hipólito Ruiz López born in Belorado, curated by StARTer Culturales projects. Ester and Octavio have been merging their styles since 2010 when they met at the University of Guadalajara. They have made murals in places like Canada, Mexico, Portugal and Spain. Their symbols and themes have been intertwined throughout these years enriching the imagination, where natural symbols, animals and imaginary beings are coming to life.

The artists created a surrealistic botanical garden where the man’s hand takes center stage offering care for magical and mythological beings that inhabit that natural environment. Combining fragments of the human being with plants and animals alludes to this need to form a collective consciousness of respect and care within the natural world. 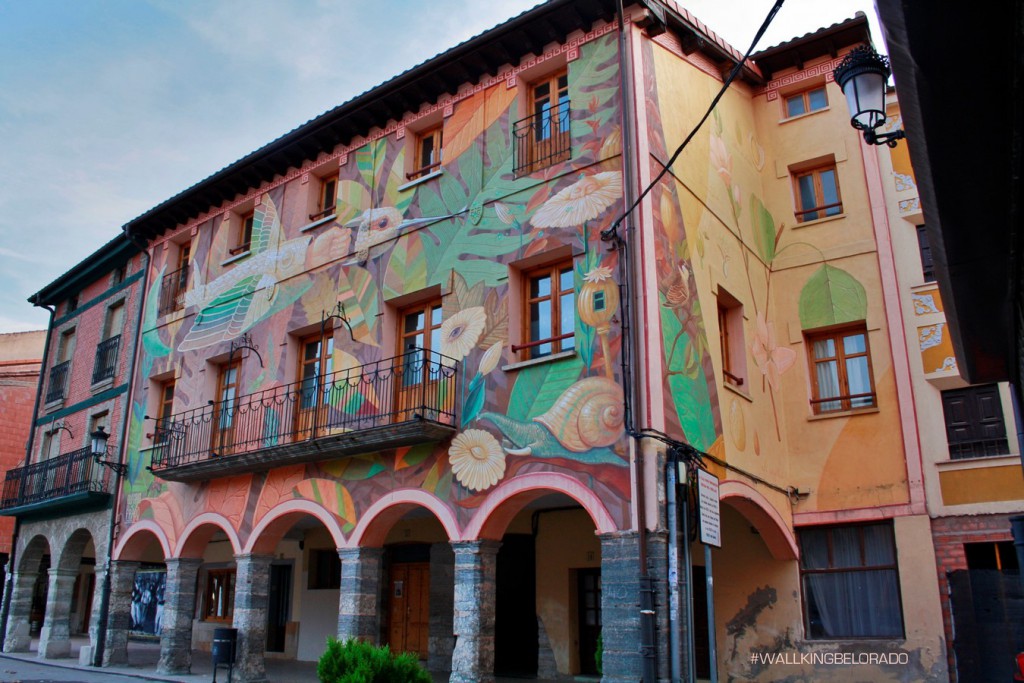 Alegria del Prado inspire with their work to break down generational barriers and generate a space of exchange and discovery. 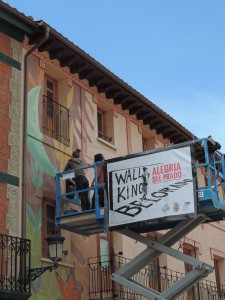 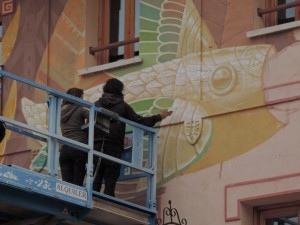 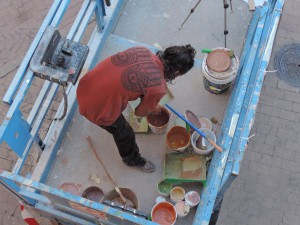 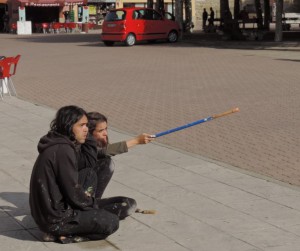 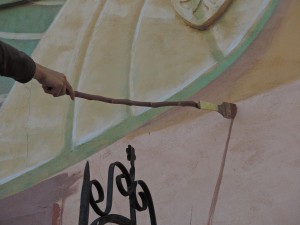 The lateral façade presents a sparrow and a botanical Illustration inspired by others which Hipolito realized in the eighteenth century but denoting an example of Flora of this locality  (Almond tree) for the artists is a direct reference to the childhood of Hipólito, to the first plants or animals that he would discover in the locality. 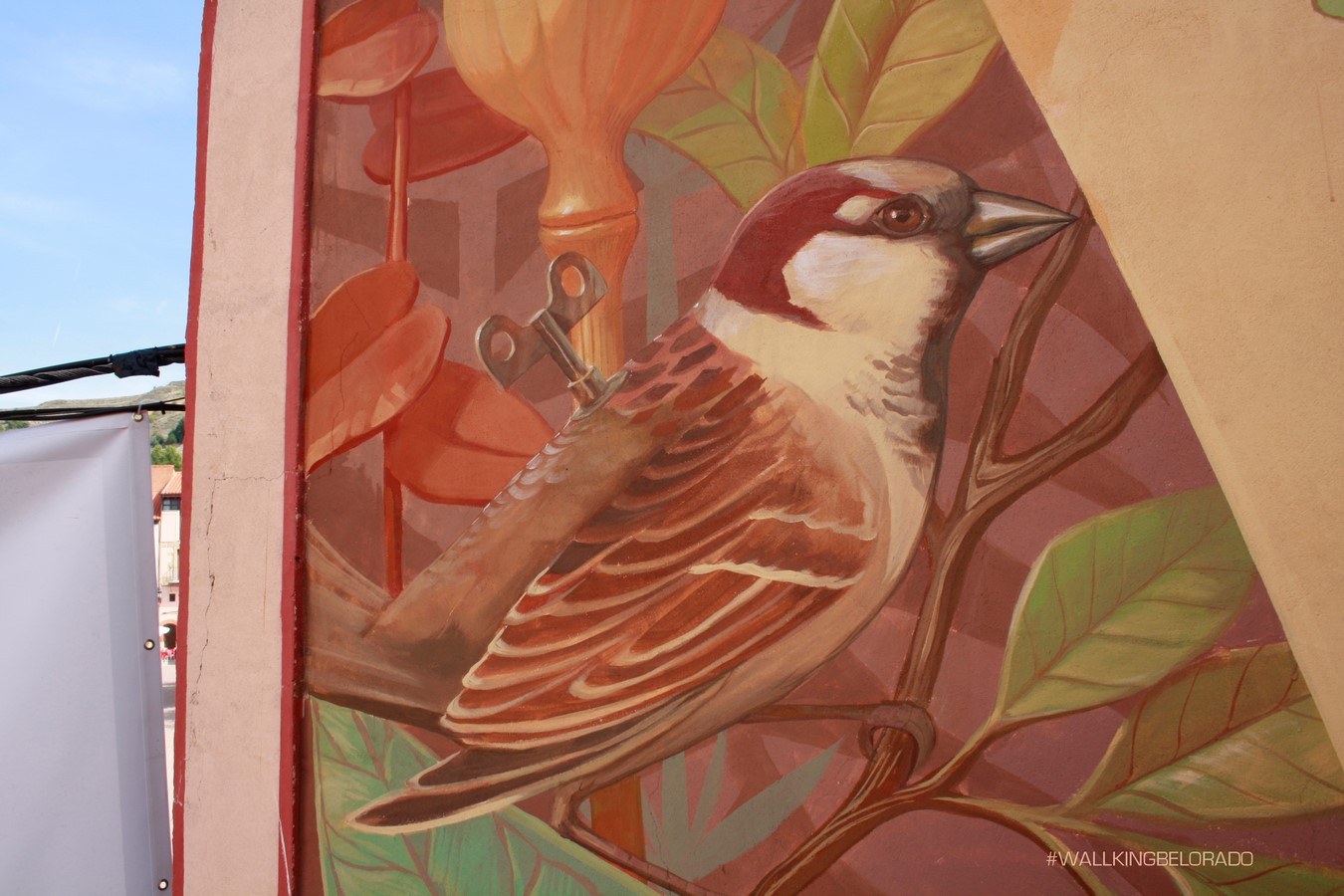 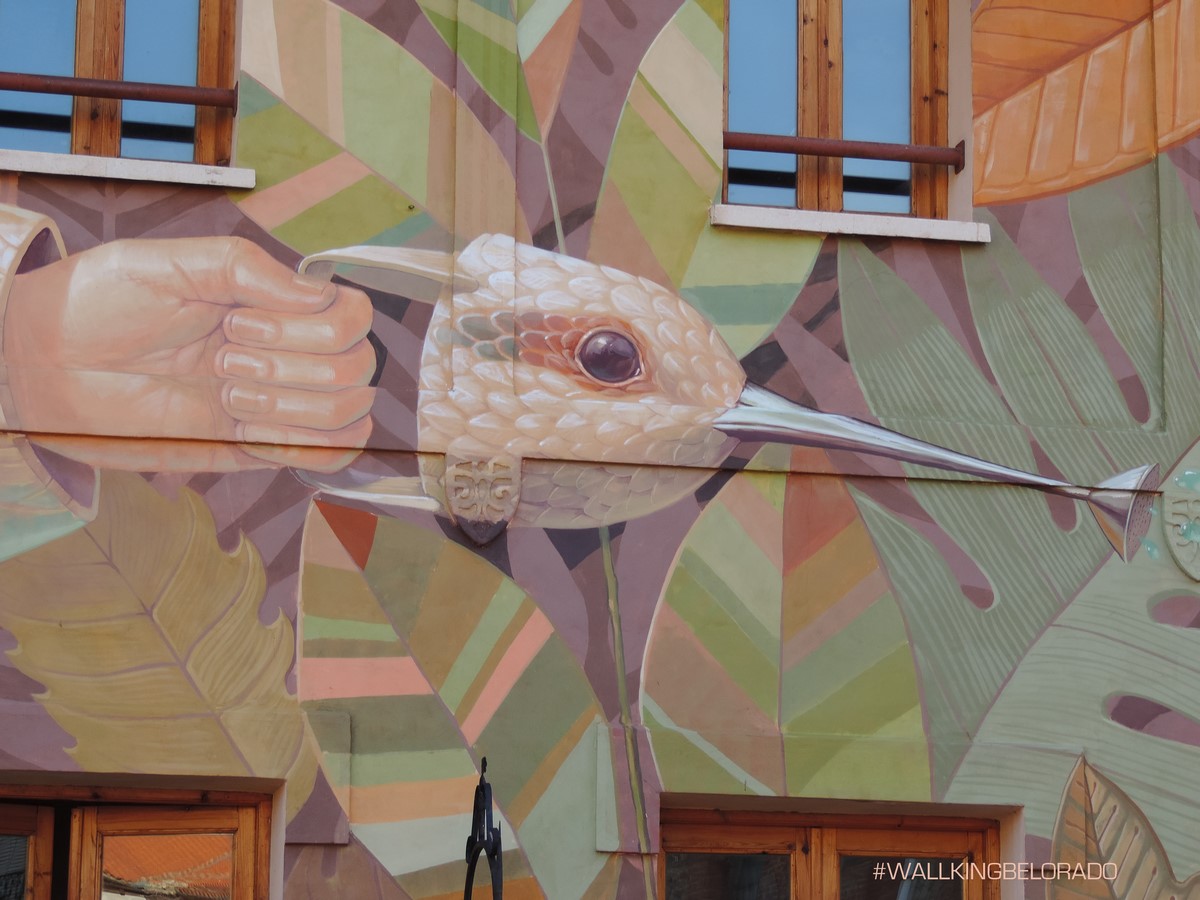 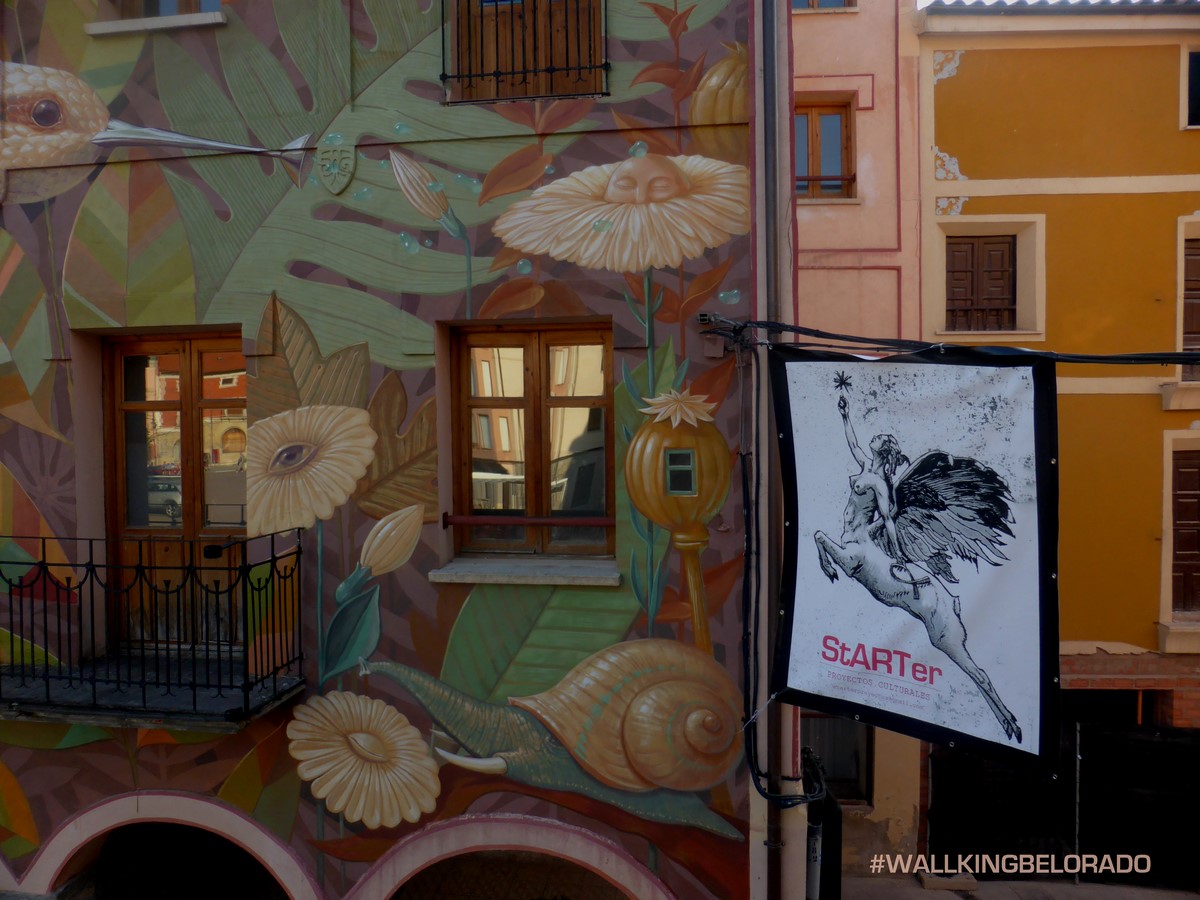 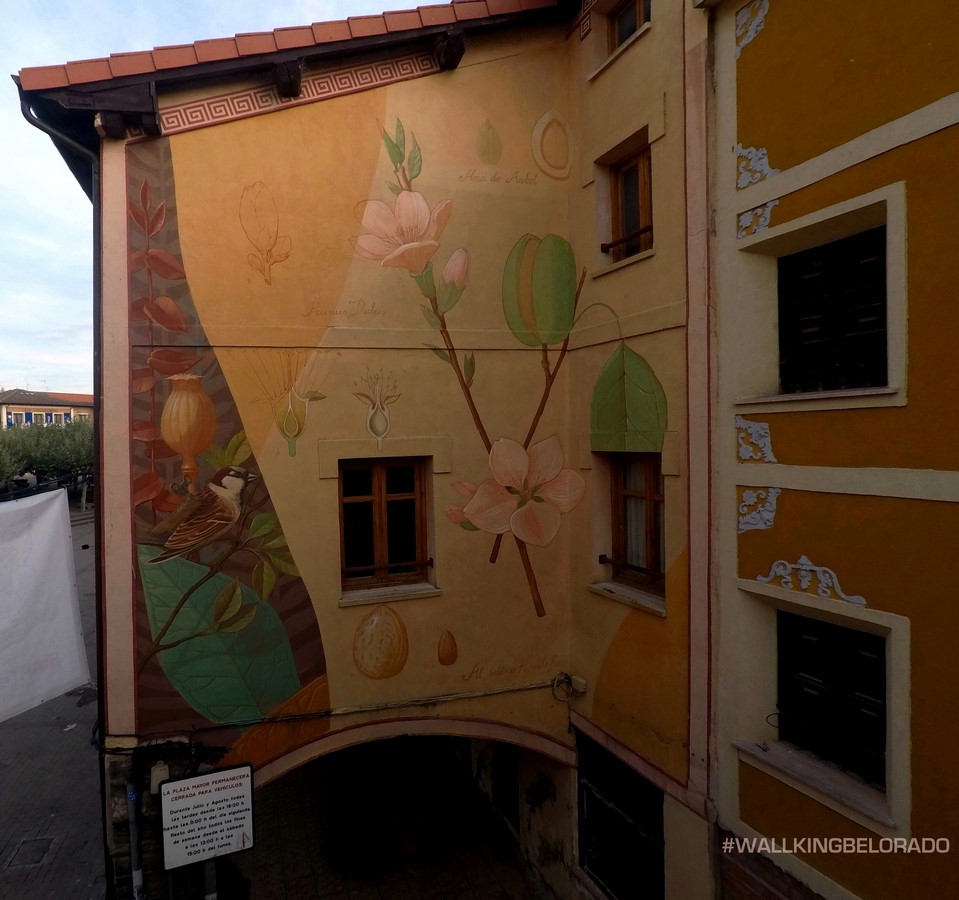 The project will be actively present in Social Networks, through the (#wallkingbelorado) hastag where pilgrims, visitors or inhabitants of Belorado are able to tag their images to share them collectively. 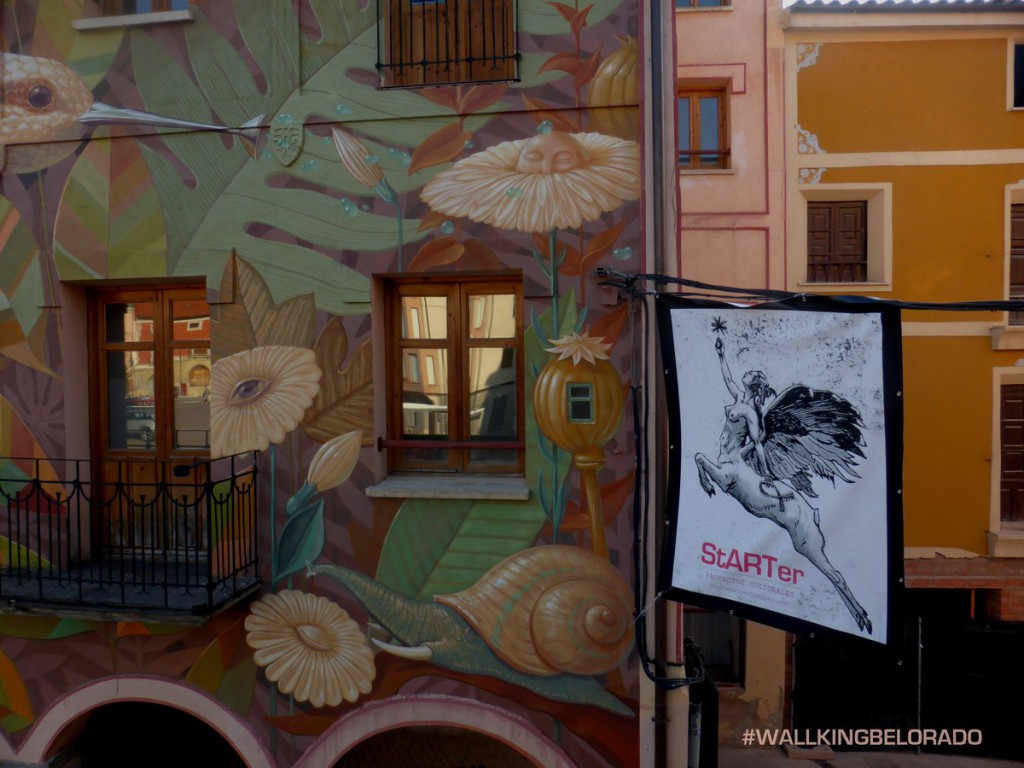 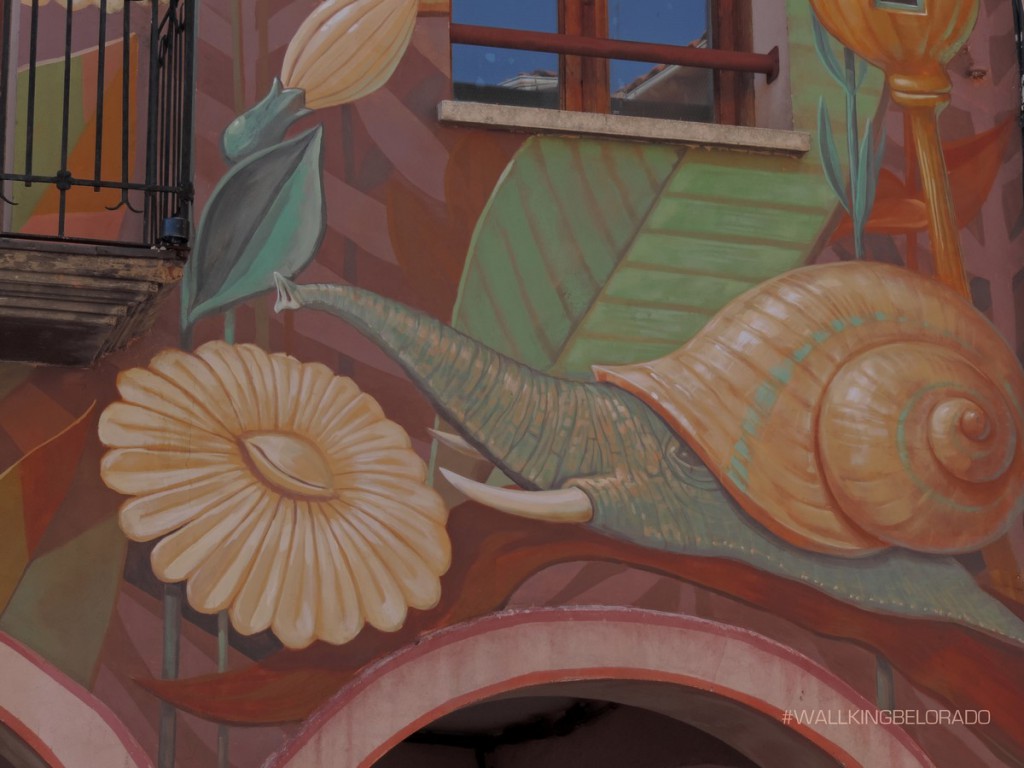 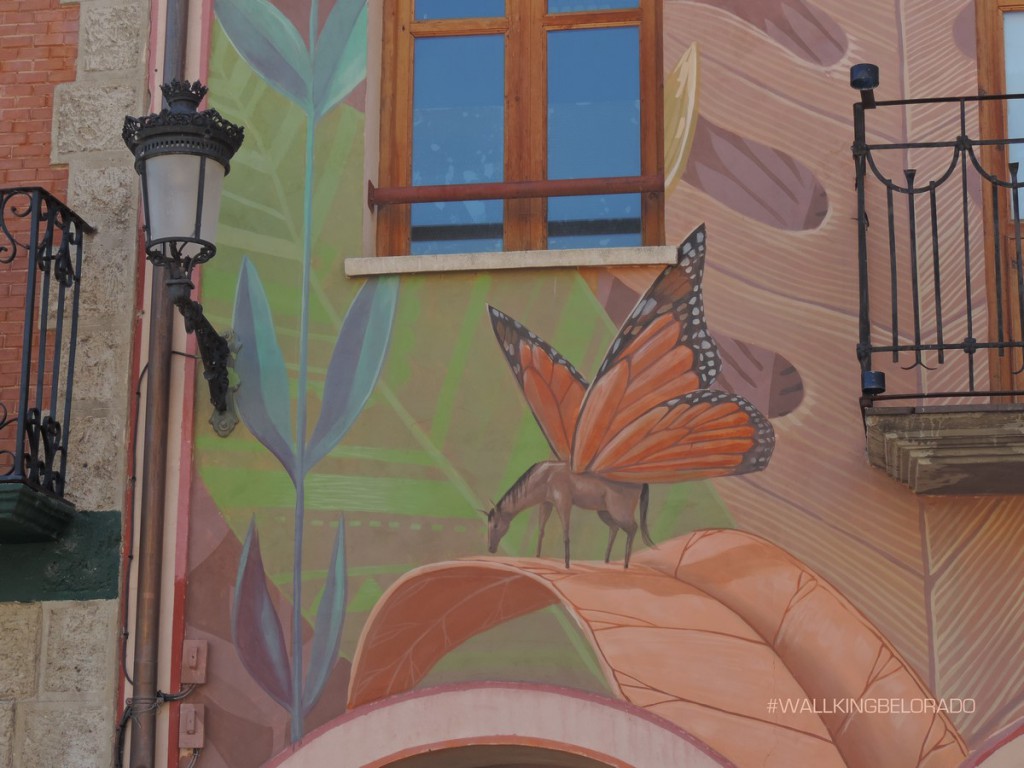 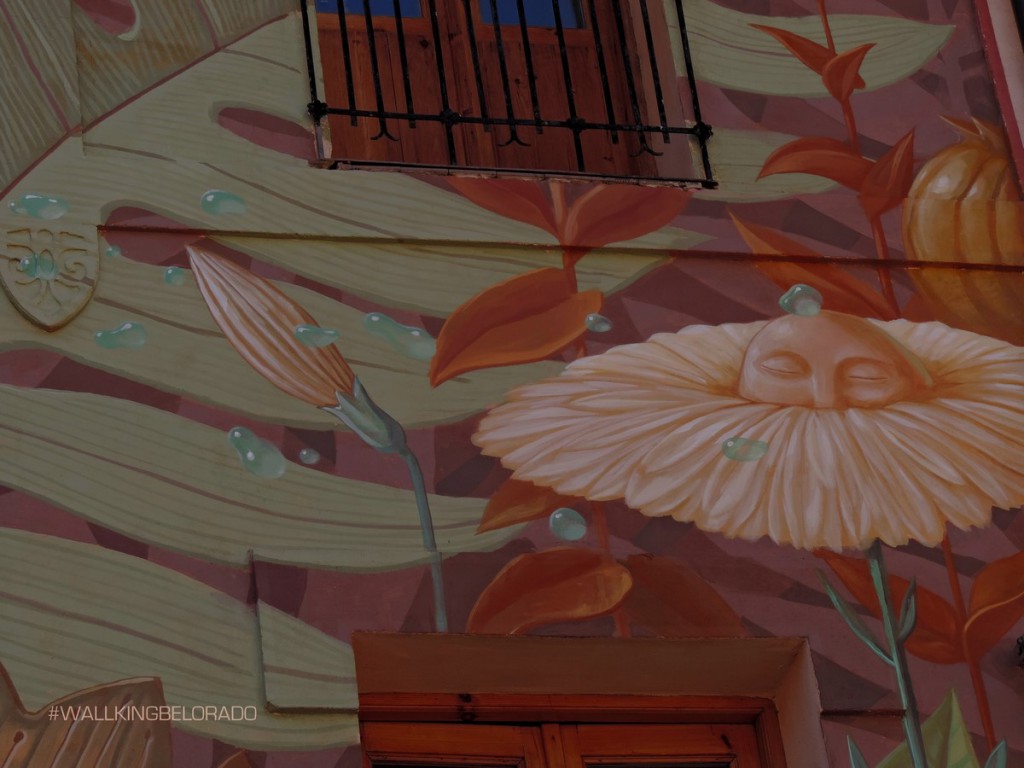 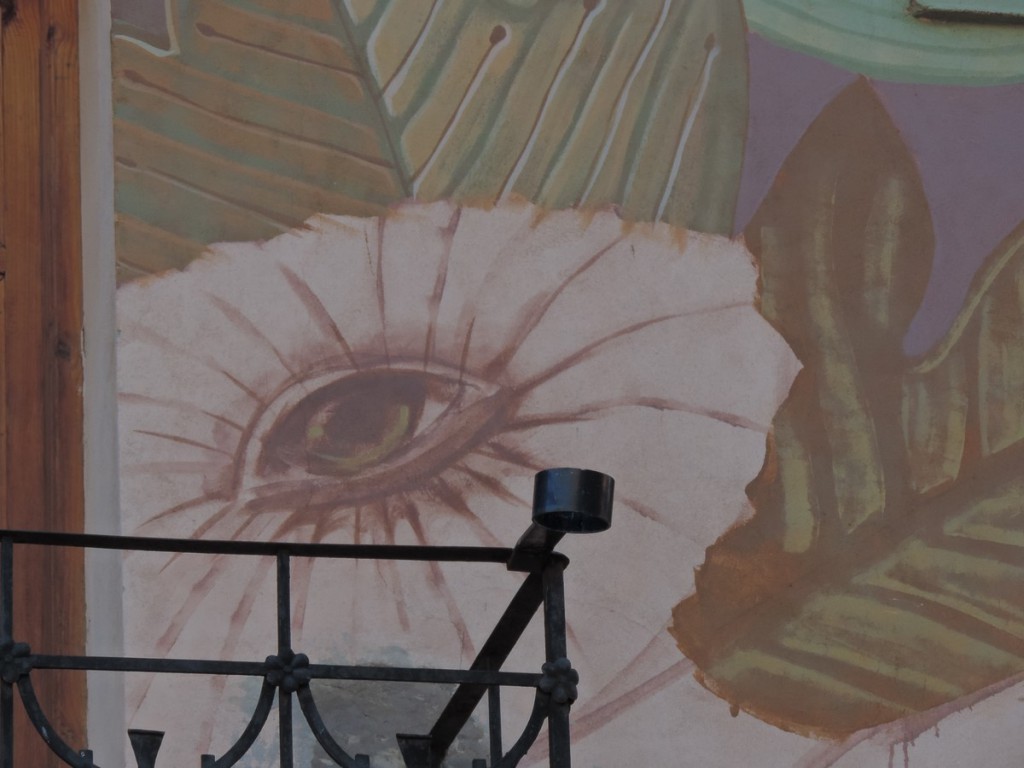 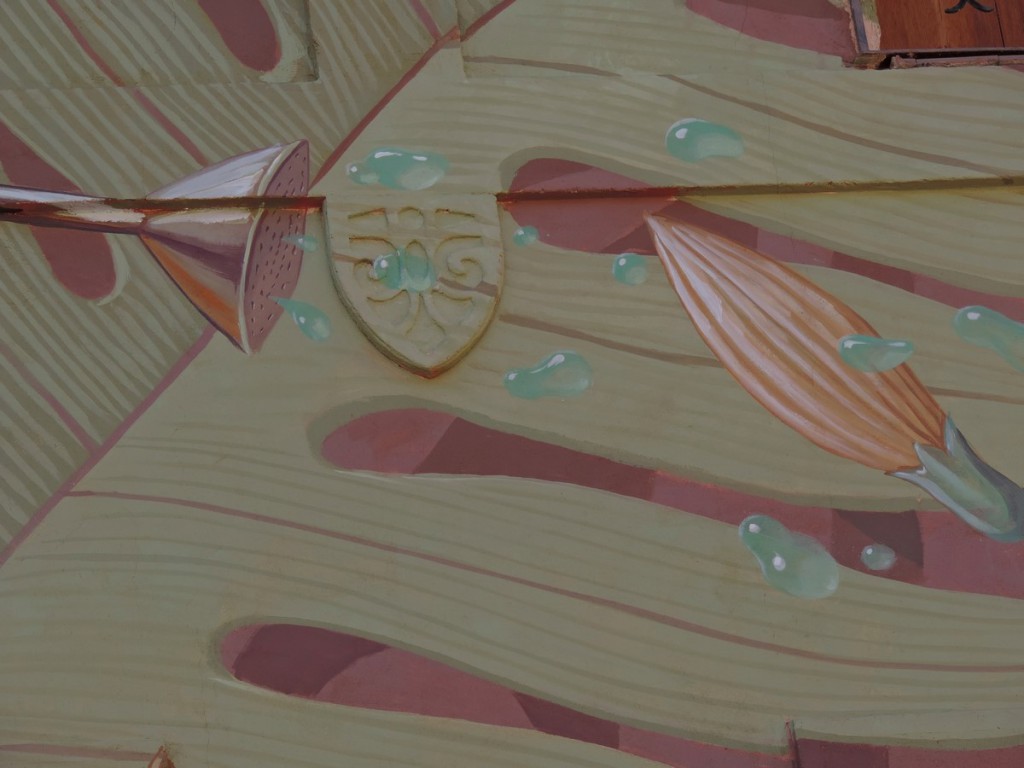 ISSA has proudly supported this project as a Media Partner