No Limit Street Art Borås is set to September 3-6th. Though the first artist already arrived and from August 30th artists arrive almost daily. From September 1st you can see work in progress on most spots and walls in Borås.

First arriving artist was Canadian Laurence Vallières and she made a fast start in the Orangery in central Borås, Sunday 23rd.

– I´m truly happy to finally meet all our artists in person and to judge from the response to our wall releases there´s a huge audience looking forward to see the participating artists work in progress and the final pieces. With faboulus artists bringing a wide spread of different styles of street art together with truly epic walls and spots I guess it could be nothing but a success this year, says curator Shai Dahan.

– Right now we´re preparing the walls around the city, finishing the last details about colours, lifts and all other stuff that runs the festival behind the scenes. It´s a lot of things that really isn´t visible in the end but is of high importance to make the artists stay in Borås a pleasent experience and in the end the best thinkable festival for the audience. It begins now and in a week most artists is in the middle of the creating process – so looking forward to that and to meet them all, says project manager, Stina Hallhagen. 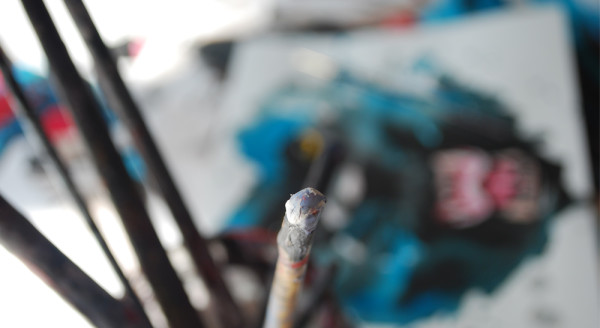 Featuring artists from both 2014 and 2015 festival No Limit Street Art through The Scarlett Gallery will be able to host a gallery exhibition with original artworks in Borås during the festival.

The pop-up art exhibition will be held at Torggatan 21 (in a temporarily vacant shop premises) and will be ran and curated by Anthony Hill of The Scarlett Gallery.

No Limit Street art is arranged as a cooperation between BoråsBorås TME AB and the culture department, the municipality of Borås. The festival is partly funded by Västra Götalandsregionen.