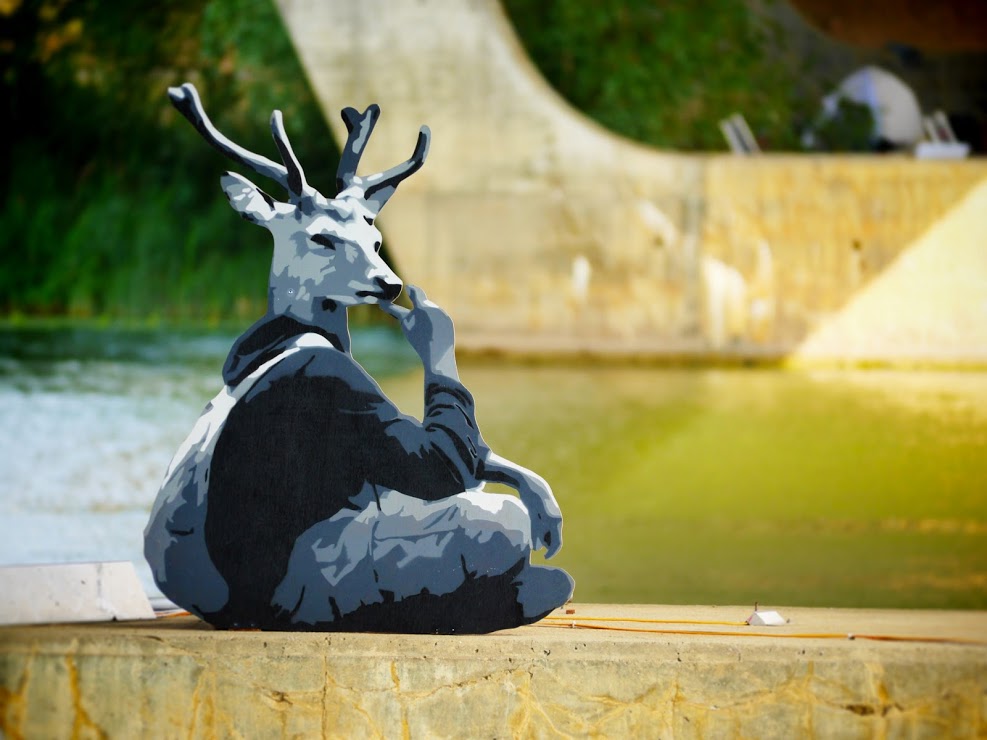 French artist Tuco makes stencils for a while now and certainly enjoys decorating streets. He particularly likes mixing humans and animals and creates the hybrid creatures he has named “manimals”. Tuco describes what his last experience was like.”In the city where i live, a little city (Chalon sur saône in France), there is a big event each year called “Chalon dans la rue” (Chalon in the street). There are many free sights in the street like theather, circus… and various other spectacles! It is a great festival !

In 2014, the people of “Collectif La Méandre” put a dummy fisher under a bridge. Many people believe it was a true one !  I liked this idea so much … It was Poetic, Inaccessible, just like a dream !

I happen to know people of “Collectif La Méandre”, so in 2015 for the festival, i decided to ask them to continue the story and bring a manimal on wood i’ve made ! I choose my manimal deer, because of its posture in fact. For this beautiful expedition, i was helped by Mathew and Maelle, thanks again to them ! Mathew is real climber and Maelle a great canoe driver !

Finally, this is an amazing memory (souvenir) for me : taking a canoe, thinking about how to bring the manimal, sharing this moment with fantastic people of “La Méandre”…I’ll never forget it fo sure..Probably in autumn,the manimal will be carried away by the flood of the river… and i like this ephemere idea! ” 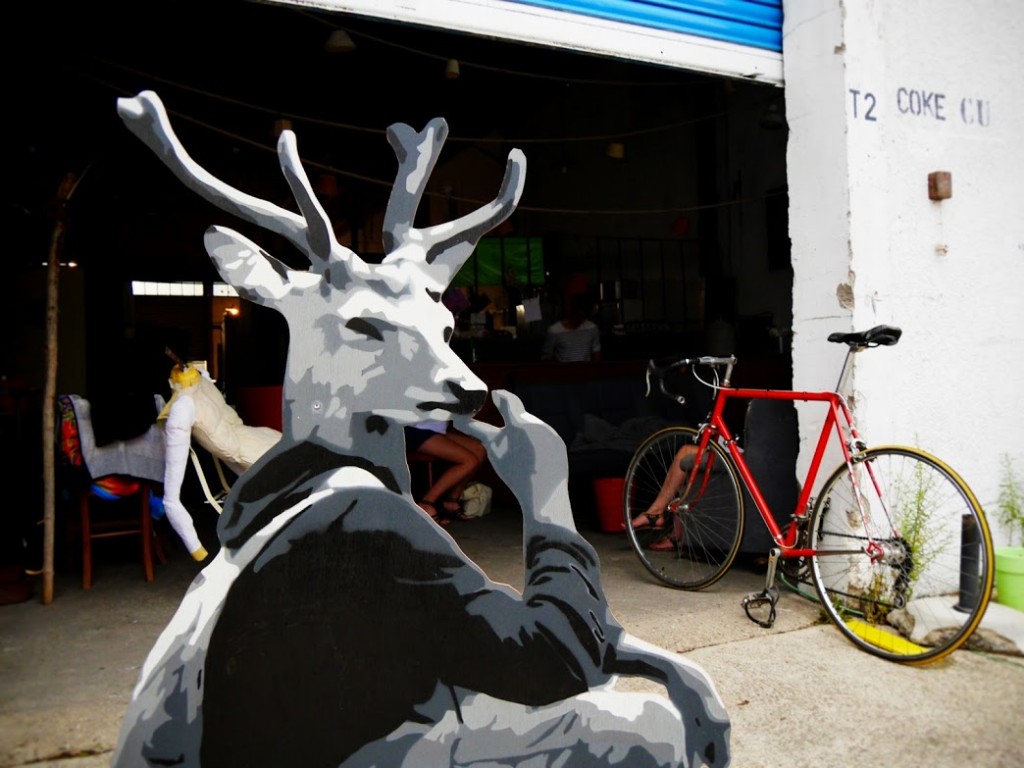 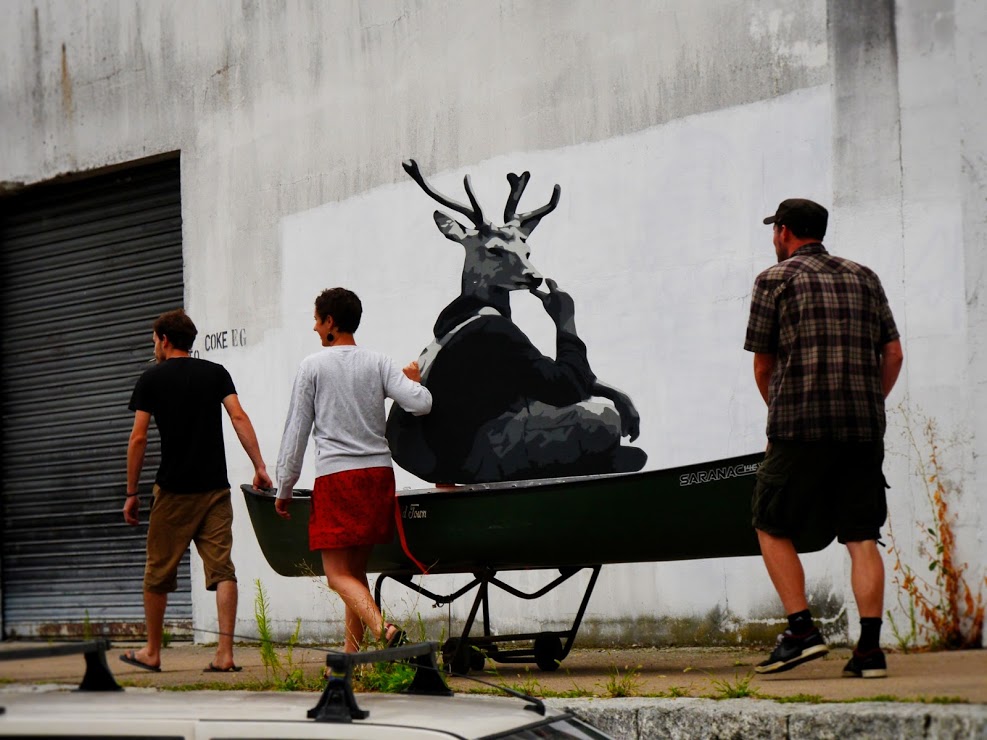 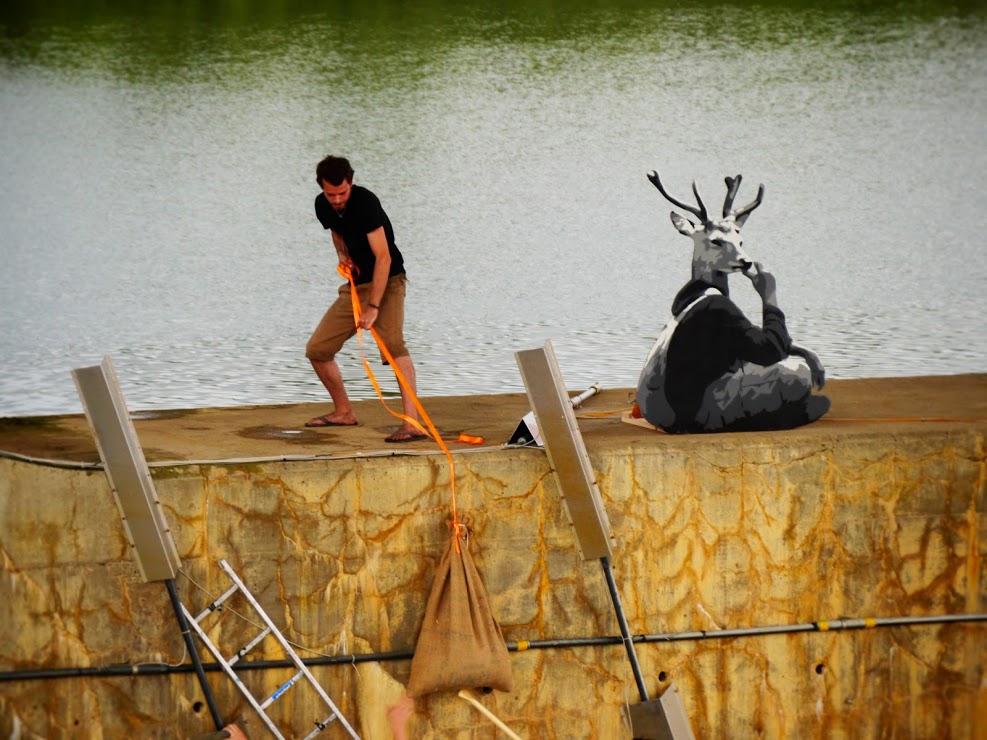 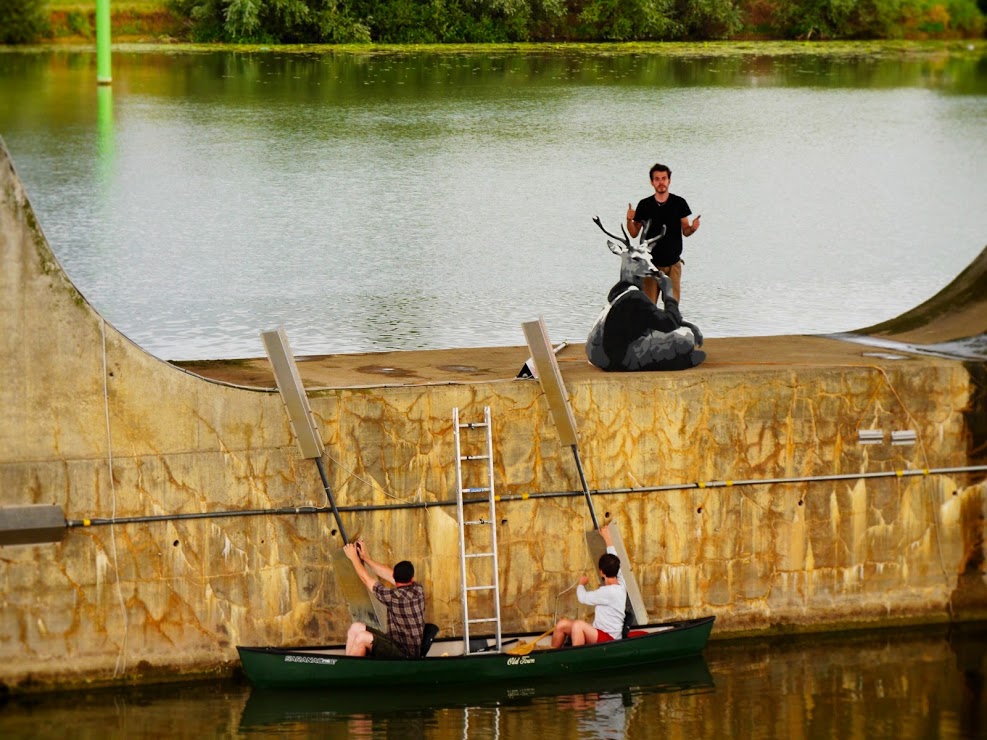 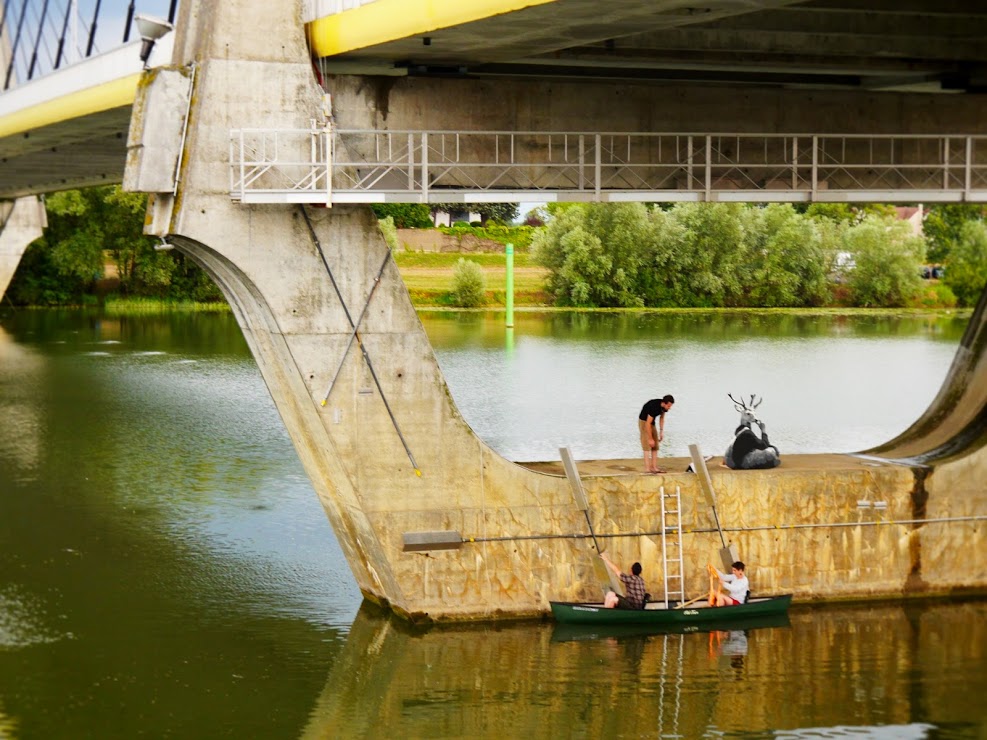 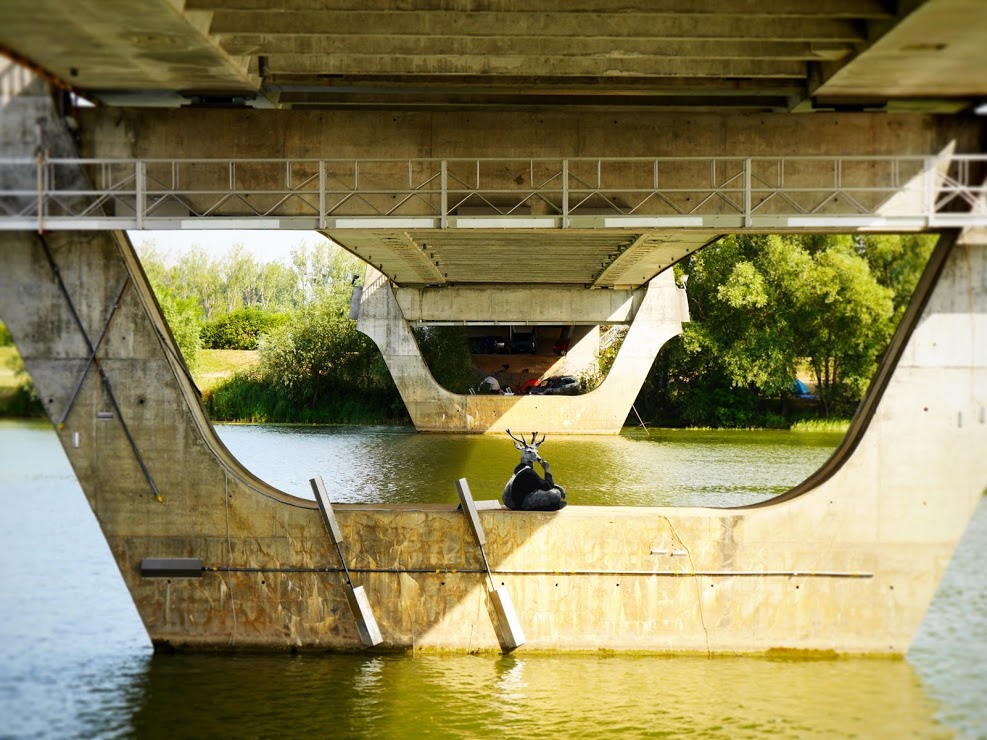 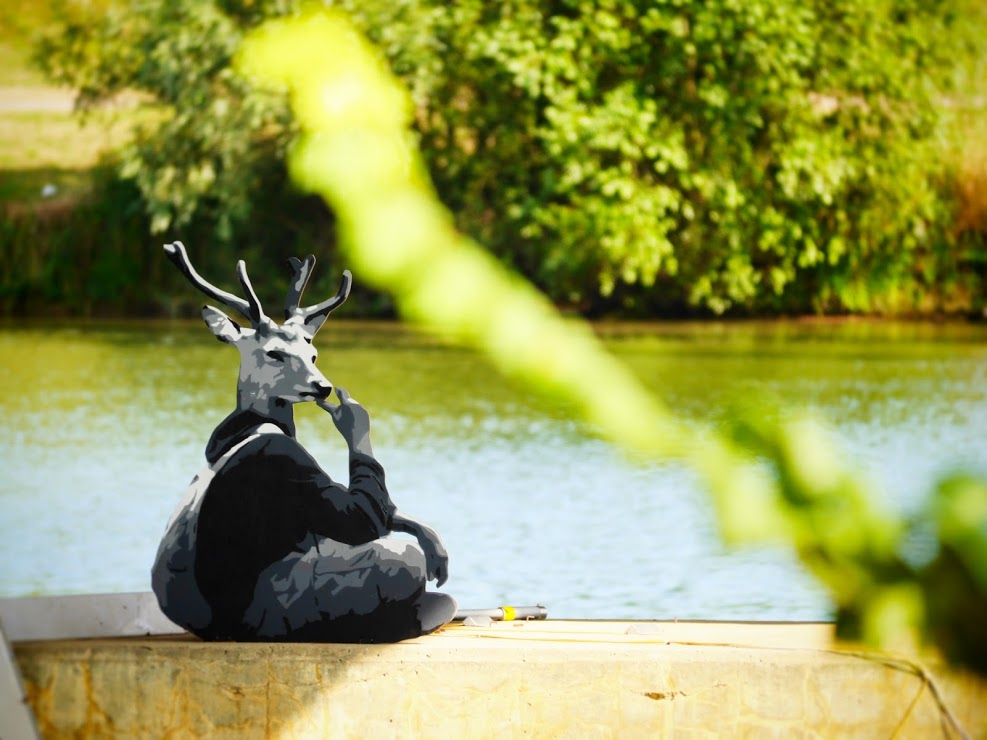