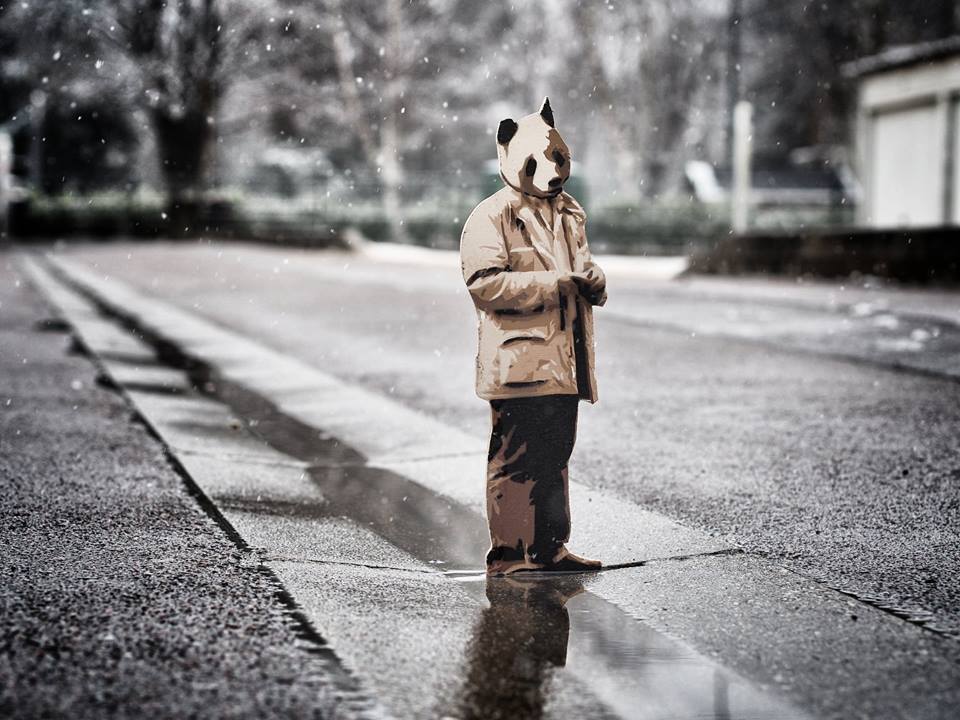 Tuco is French and he makes stencils for a while now and likes to decorate streets. He particularly likes mixing humans and animals and create the hybrid creatures he has named “manimals”. Tuco also paints in his own studio on different materials, especially wood, books, maps… He always tries to explore again and again !

He participated in 2013 in a European project called “Recover the streets’’. (see link below)

Tuco has also painted for City Leaks festival in Cologne (DE) and for Bien Urbain festival in Besancon (FR). He also took part in 2013 at a project in Burkina Faso in Ouagadougou where the idea was to take pictures of local people in a neighbourhood, and after make and paint stencils of them in the same area,  to “put the lights” on them in fact.