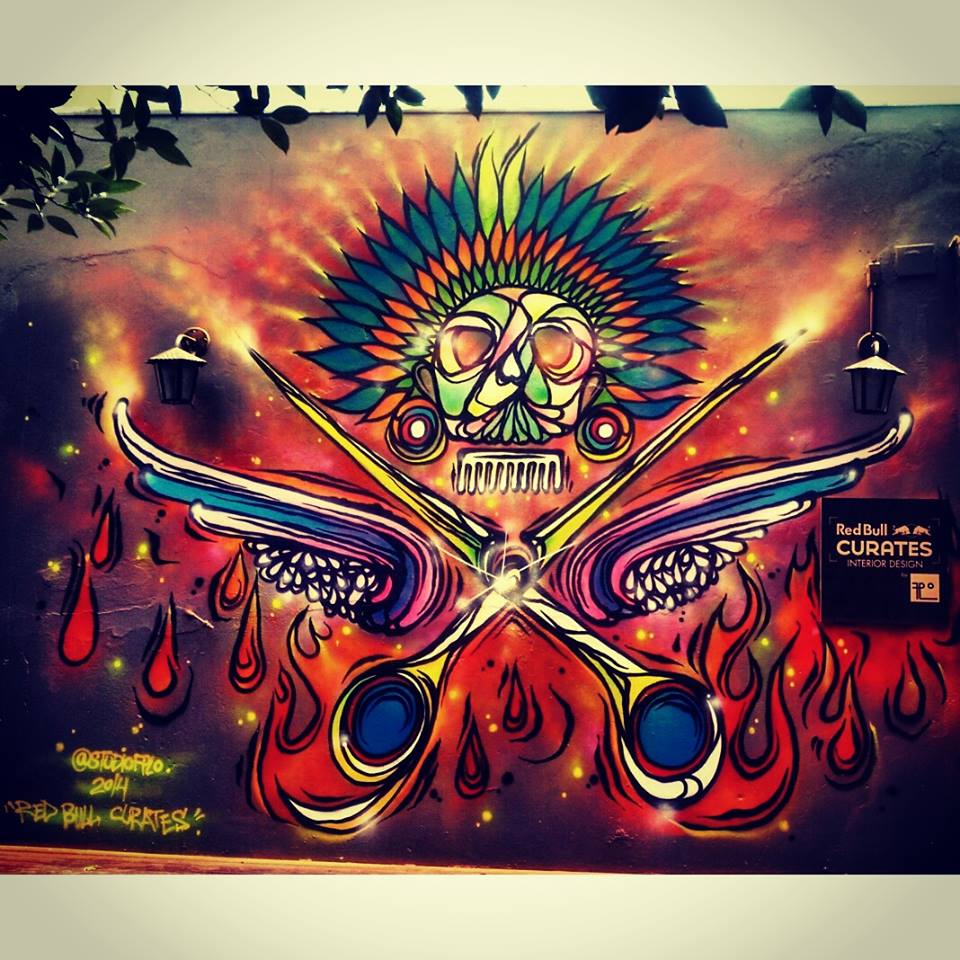 Fábio Lopes aka Panone FLOP, was born in Caxias do Sul – RS. Architect and artist, devotes his talent for design and creating art since childhood.  The artist works with graffiti for almost 15 years and has earned respect and admiration in different cities and regions of Brazil and the world. With Brazilian cities he has already had stakes in several events, including Rio de Janeiro, São Paulo and Porto Alegre. FPLO has a remarkable style. Mixing expressive lines of their architectural profession, coupled with fills super colorful graffiti art, his works result in a super distinctive style, with influences of movements ranging from Pop Art to Art Nouveau style.

No wonder that his bold style already ambientou companies like Tramontina, Randon, Luna ALG, and environments for the exhibition of Casa & Cia and Sala dos Arquitetos. Perform two murals in one of the largest theaters of dances from the UK, Sadler `s Wells Theatre in London, England, for the show” Brasil, Brasileiro! The summer sensation “, and perform a mural at the Central Bank of Europe in Frankfurt, Germany.