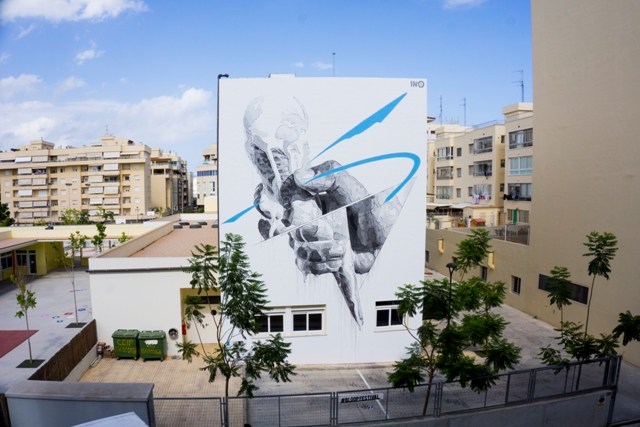 Ino,who painted two walls Funk the Power and In Search of Sunrise on a school last year makes a reappearance on the isla blanca. The first mural (the photo below) which addressed the bullying issue for the theme NO FEAR was censored by the local city council. Despite the censorship he came back to the party island this year to support the festival and got his hands on another institution to teach us another lesson. The topic he chose was climate change for the festival theme CHANGES. To show the kids that this change is imminent and it effects us all. Again, his piece is direct and clear, opening the doors to art to everybody. 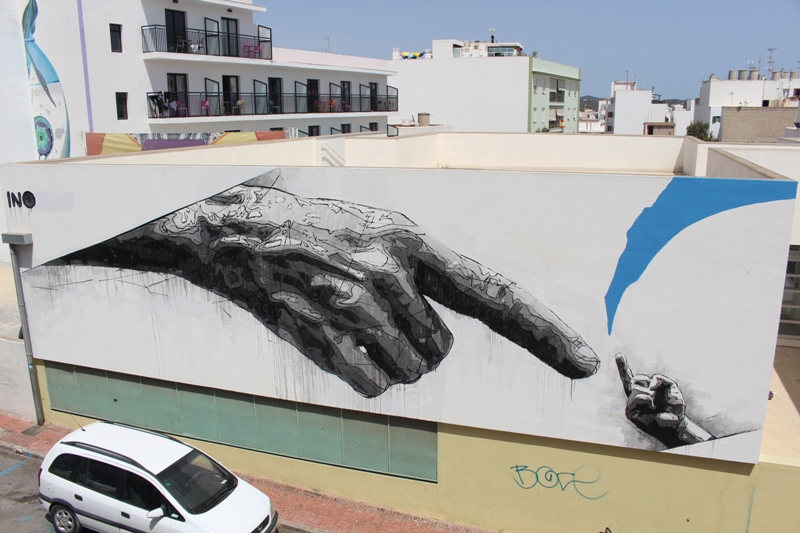 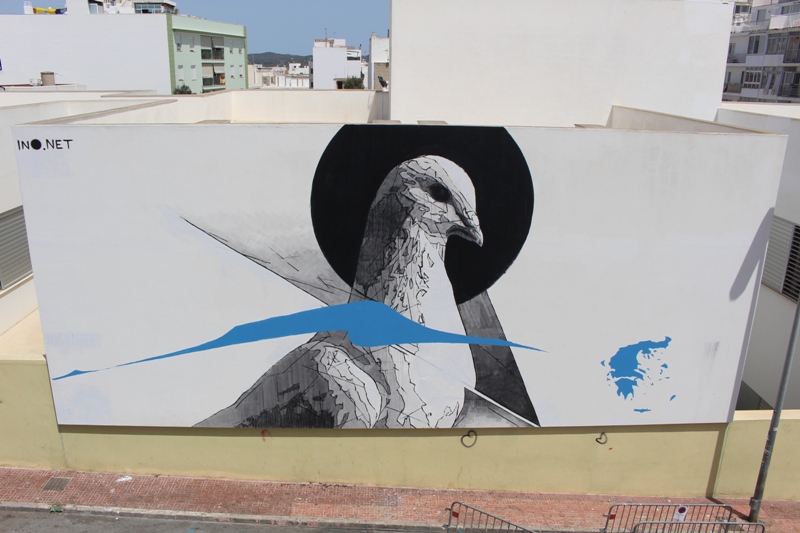 All murals are take part of the BLOOP Festival`s OpenAir.Gallery. A long term project to convert an entire island into a gallery under the skies. It has requalified a whole city and now all murals and installations are sprinkled across the island, over 20 and counting…. 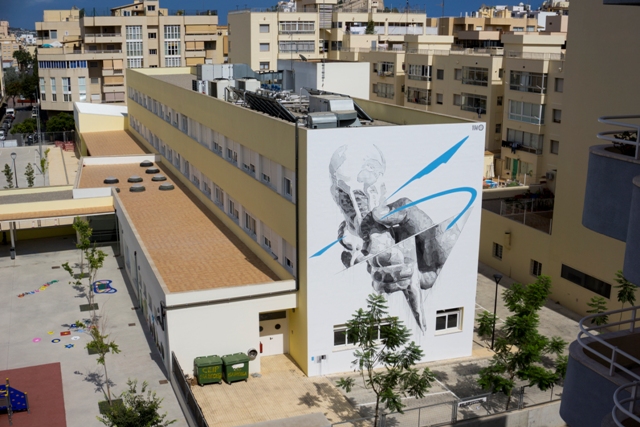 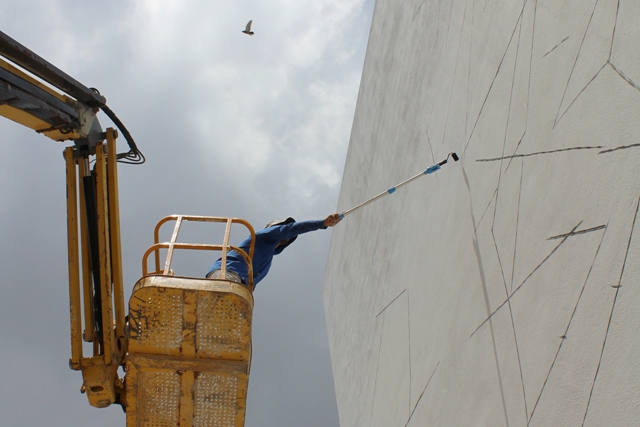 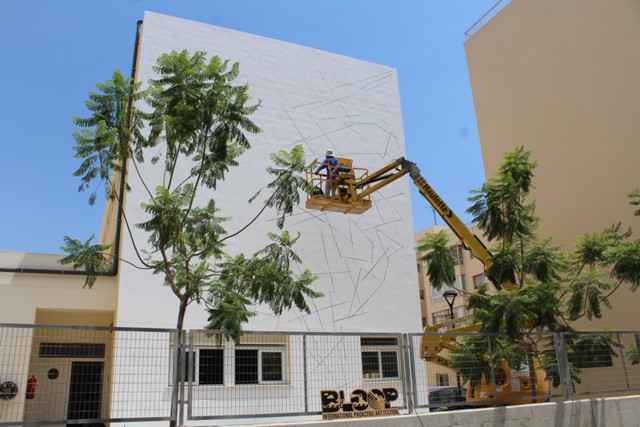 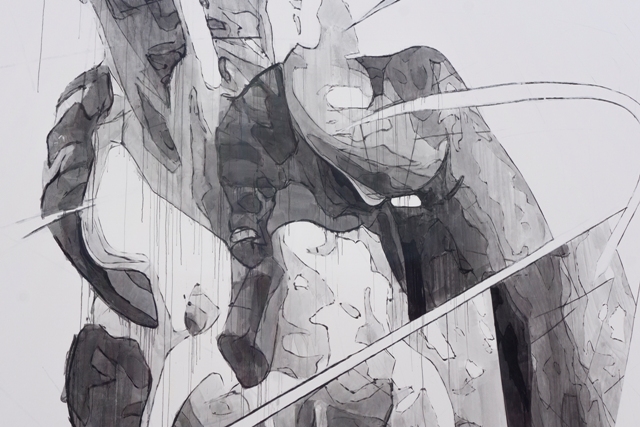 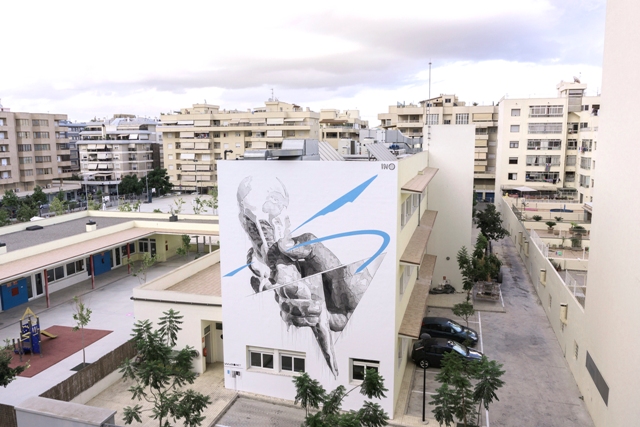 The revolutionary art project (as described in The Culture Trip) by Biokip Labs marries arts & people on the Mediterranean gem, Ibiza, Spain. This vast cross disciplinary celebration is running from 23rd August until 9th September, this year dedicated to the theme CHANGES. A completely independent initiative is propelled by a group of young aspirants to pass a social message through art to a universal audience. It has been gradually but surely adding a new face to the notorious party island by bringing arts & culture to a destination prreviously foreign to quality tourism. Now the BLOOP waves extends across the island sprinkling over 20 murals, expositions,
children`s workshops, interactive installations, paintings, video mappings and this year DESIGN and VIRTUAL REALITY.

All activities are for free since its pilot edition as at BLOOP, “ART IS FOR EVERYBODY”. Biokip Labs that organises and produces the BLOOP Festival is a creative agency that specialises in event organisation, communication, production and development of interactive installations. In 2011 its biggest project came to life: BLOOP International Proactive Art Festival. The world`s first festival dedicated to proactive art. This independent event takes place every summer on Ibiza. Currently, BLOOP is considered a avant-garde tourism marketing model that reveals the other side of the white isle through Arts & Culture.

For more information and detailed program visit the BLOOP Festival website where you can also browse all the murals in the OpenAir.Gallery project.

ISSA is an official Media Partner of this inspiring event. Stay tuned for the latest…