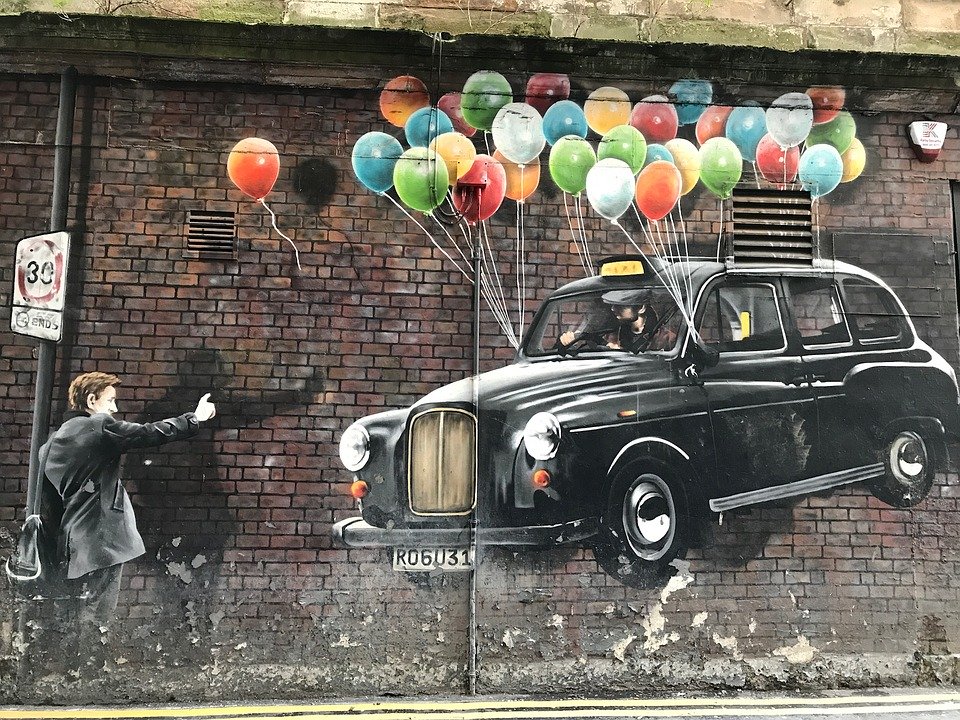 Glasgow is a great city to visit. It is different to many other cities in the United Kingdom, and is distinct from Scotland’s capital, Edinburgh. Perhaps the city is best characterised by the traffic cone that sits on top of the Duke of Wellington statue in the city centre. It stands as a demonstration of the city’s sense of humour, and their love of a good night out.

You’ll find plenty to do in the city, from shopping to sightseeing. Nightlife in Glasgow is plentiful and varied too, from the cheap and cheerful pubs like the Ark and McChuills, to the more upmarket Kelvingrove Cafe and Metropolitan. You’ll also find plenty of other things to do, including comedy clubs, and casinos like the Alea which has slots, poker, blackjack, and American roulette, the most common version of online roulette.

Whatever you’re doing in Glasgow, you won’t be able to miss the huge murals painted on the sides of buildings around the city. The first one was painted in 2008 with new ones added regularly ever since.

They are fully supported by local officials. In fact, it was Glasgow City Council that spearheaded the initiative in the first place. Their intention was to revitalise buildings and empty sites within the city that had begun to look tired, turning them into beautiful works of art that the public can access easily. At the same time, they also wanted to support local artists, turning the city into a giant canvas for them.

Since Glasgow has a lot of concrete structures that can leave the city feeling a bit grey, the street murals add splashes of colour that livens up the streets. They’re loved by locals and visitors alike, with a wide variety of artistic styles that cater for all tastes.

There are now 29 different murals around the city, creating a fun trail that you can spend a good part of your day following. Some highlights on the trail include: 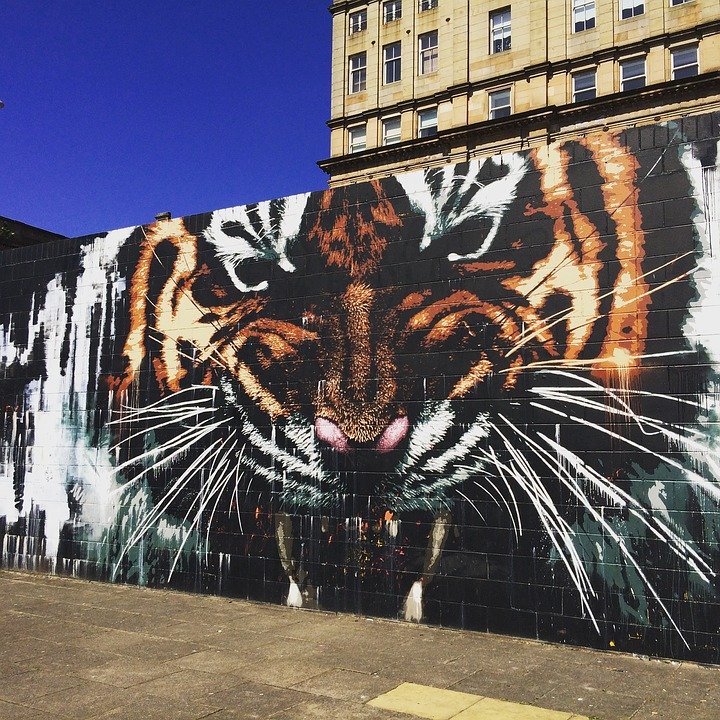 The Dansken equatorial telescope is prominently featured in the painting. This played an important role in teaching students about nautical astronomy in years gone by.

Billy Connolly
Billy Connolly is a famous Glaswegian comedian, known for his outlandish remarks, straight talking and strong language. To celebrate his 75th birthday, a street mural of him was painted on Osborne Street. 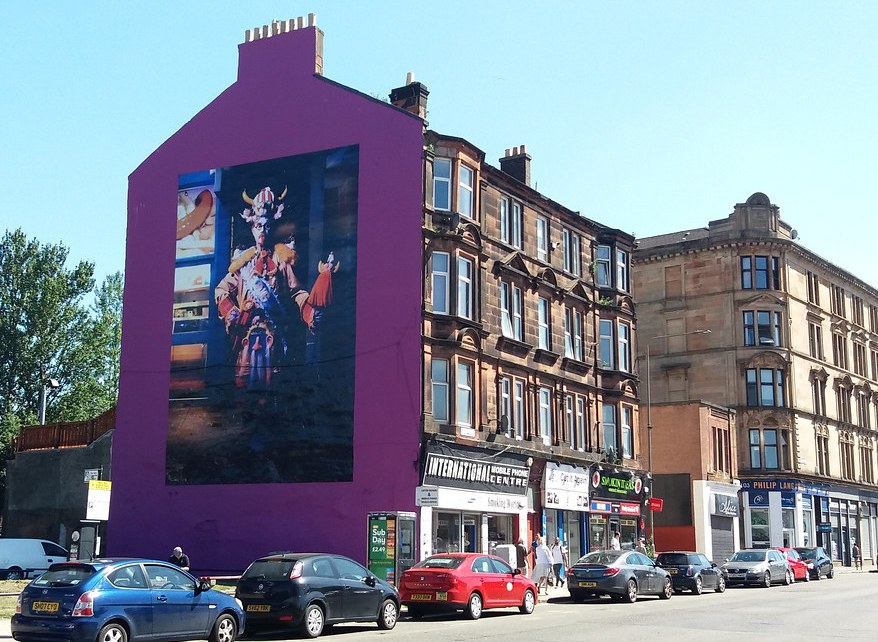 Argyle St Cafe
Argyle St Café is a unique mural that creates the impression you’re looking through the windows into a cafe where all the patrons are animals. You’ll see an elephant sitting at a table, a rhino serving drinks, and a zebra leading on the bar. Turn the corner and you’ll find a panda and a flamingo.

The World’s Most Economical Taxi
Located on Mitchell Street, the World’s Most Economical Taxi is a painting of a famous black cab with several bunches of balloons lifting it off the ground. It was painted by Rogue-One, who really wanted the painting to be on a brick wall. However, the building on Mitchell Street isn’t made from bricks, so he painted the bricks on himself.

These are just a small selection of the murals that you will find around the city. They are beautiful pieces that help to show the world the unique soul of Glasgow and its people. The council has done a great job of involving local artists in this project that helps to brighten up the city. It is one of the best collections of street art in the world, and well worth the trip to check them out.