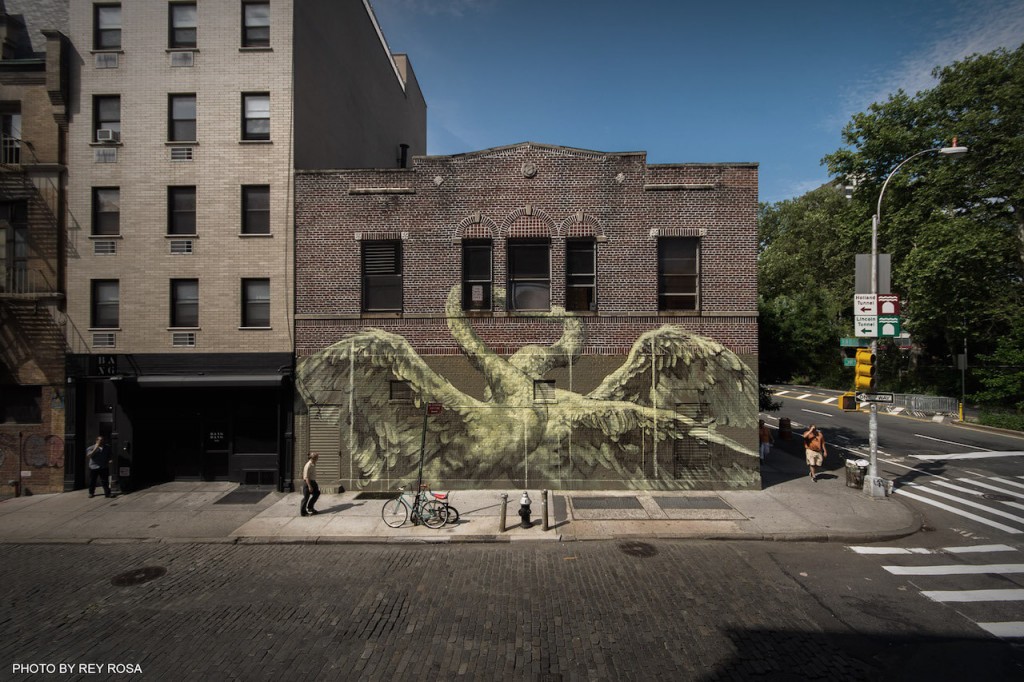 Faith47 spent part of her summer painting a series of otherworldly birds around New York. Titled The Psychic Power of Animals, the ongoing project brings the energy of nature back into the urban metropolis, softening the harsh city architecture with the gracefulness and spirit-like presence of the swans. “There’s an inherent irony in recreating nature on cement, so the series is a nostalgic reminder of what we’ve lost but also an attempt to reintegrate that into the present,” says Faith47. “We have become so distanced from nature, so these murals are an attempt to reconnect us with the natural world.” View The Psychic Power of Animals series here.

Vandalog has selected an etching of The Psychic Power of Animals for Amazon’s Street Art Project, which they describe as “an eclectic set of seven prints from some of the world’s most interesting street artists.” The limited edition of 50 prints is available here. 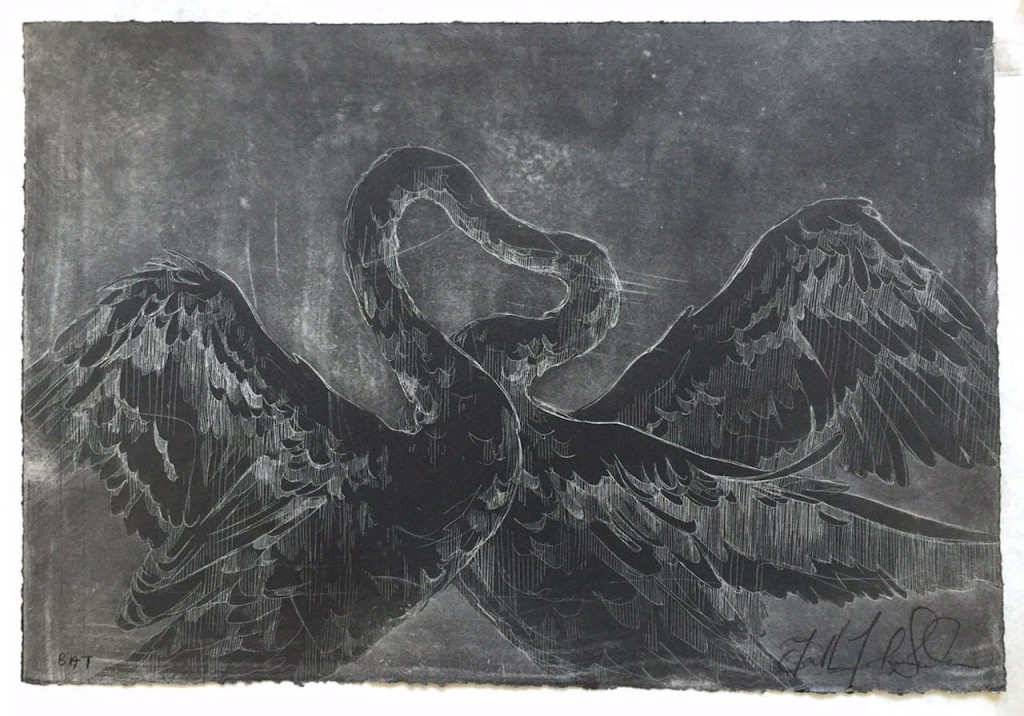 Faith47’s debut solo show in New York City is on at Jonathan Levine Gallery until 19 December 2015. Aqua Regalia – Chapter Two is a continuation of Faith47’s successful 2014 London exhibition, named after a highly corrosive mixture of nitric and hydrochloric acid that has the ability to dissolve gold. She explores the dichotomy between the sacred and the mundane by enveloping viewers in a space with figurative paintings, as well as intricacies from everyday life in shrine-like artworks. Preview the show here.

ABOUT FAITH47
Faith47 is an internationally acclaimed artist. Following an active street art career spanning more than 15 years, her work can now be found in major cities around the world. Using a wide range of media, including graphite, spray paint, oil paint, ink, photography and collage, her approach is explorative and substrate appropriate – from found and rescued objects, to time-layered and history-textured city walls, to studio prepared canvas and wood. For more information, please visit http://faith47.com.