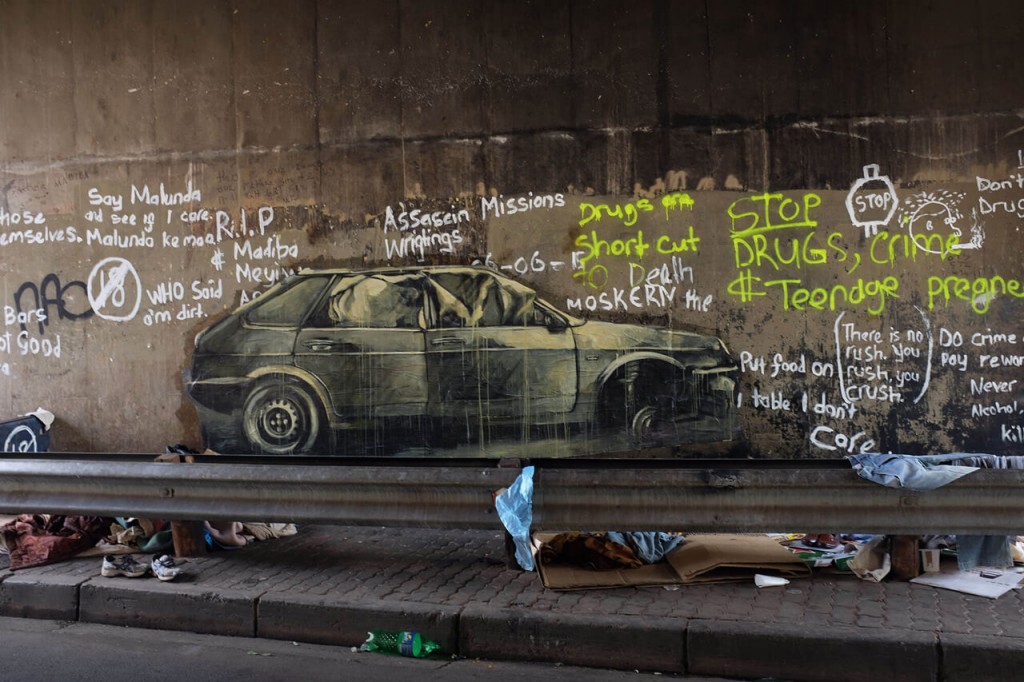 South African artist Faith47 and director Dane Dodds have released Landfill Meditation, a collaborative video inspired by her street paste series of broken down cars.
Landfill Meditation doesn’t chronicle the creation of the murals but rather contextualizes them, linking Faith47’s abandoned cars to other objects and spaces once loved and desired, then later discarded.

“This project is reflecting on the notion of progress and the waste that it leaves behind,” says Faith47. “This is about integrating the worst parts of ourselves and acknowledging the damage we do to the planet as a whole.” 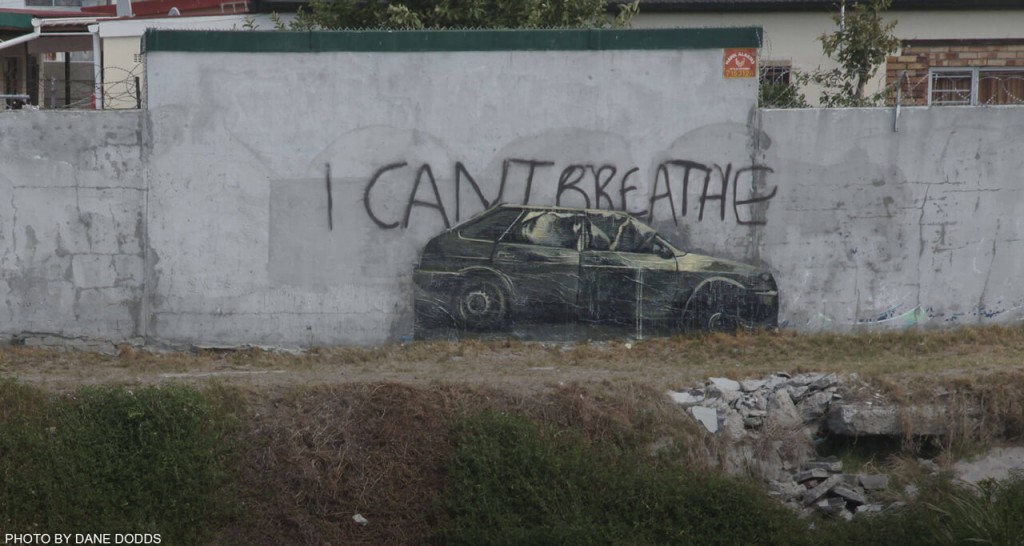 Landfill Meditation makes for uncomfortable viewing: rather than the usual postcard view of Cape Town or Johannesburg, Dane’s camera lingers on unsettling imagery of rats and rubbish, decomposing birds and derelict, hijacked buildings.

“We cannot separate ourselves clean and perfect from the trash we dump out back,” says the video’s voiceover, adapted from Native American author Gerald Vizenor’s short story collection, Landfill Meditation. “Being clean is a delusion.” 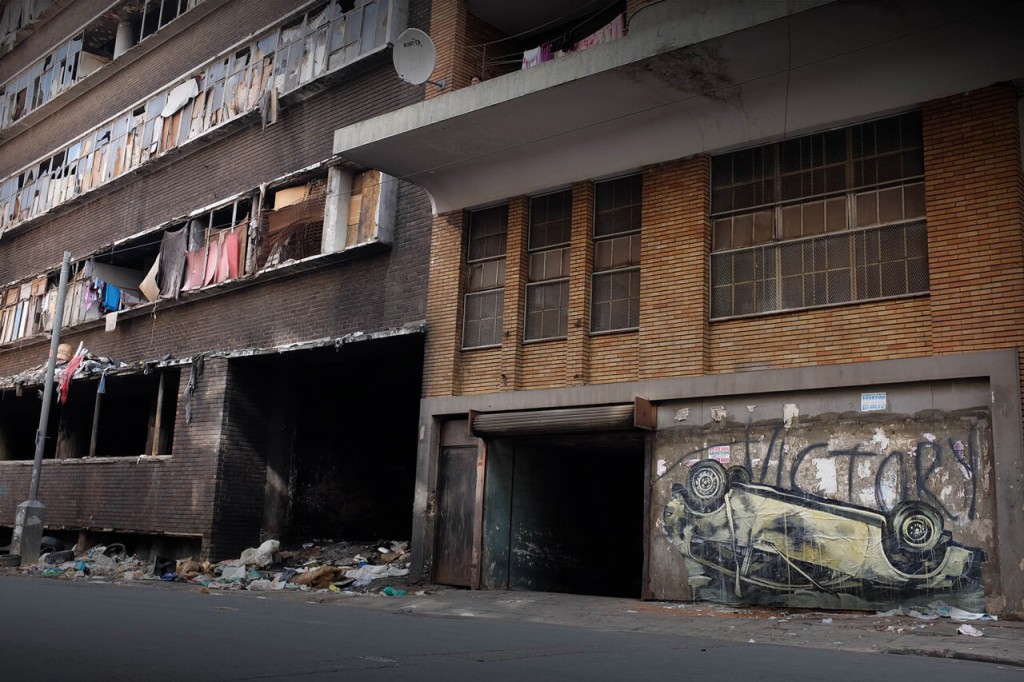 OR visit http://faith47.com/landfill-meditation-dane-dodds/ for more images from the series.

About Faith47
Faith47 is an internationally acclaimed artist from Cape Town, South Africa. Following an active street art career spanning more than 15 years, her work can now be found on streets and in galleries around the world. Her upcoming solo show, Aqua Regalia, opens on Thursday, 19 November 2015 at the Jonathan Levine Gallery in New York. For more information, explore her new website, http://faith47.com or follow Faith47 on Instagram, Facebook and Twitter.

About Dane Dodds
Born in 1994, the year of South Africa’s first democratic elections, Dane burst onto the international scene last year withPhi Larney Jou Poes, an incendiary music video for Dookoom that premiered on Vice and sparked heated discussions about the conditions of farm workers and the threat of farm uprisings in the Western Cape. Named one of the Mail and Guardian’s 200 Young South Africans in 2015, Dane hosted his first solo exhibition, 1994, in Tromsø, Norway, earlier this year.