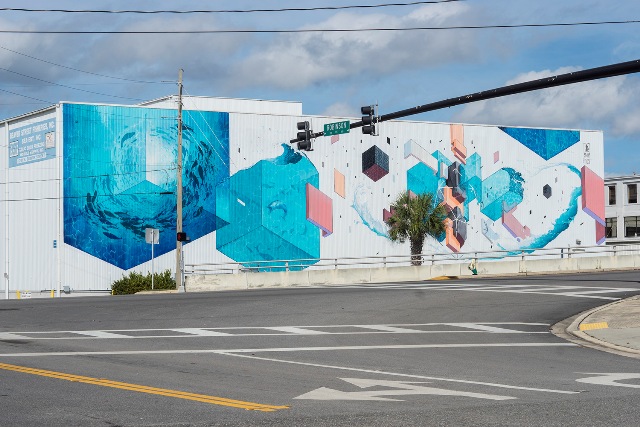 The design of this new mural is inspired by the Platonic geometry, named by the ancient Greek philosopher. ETNIK’s Jacksonville wall is the first part of a cycle of 5 walls that will be made in different cities and will represent the 5 Platonic solids.

Plato associated each of the five Natural elements with a regular solid. Earth was associated with the Cube, Air with the Octahedron, Water with the Icosahedron, Fire with the Tetrahedron, and the Dodecahedron with the Universe (constellations and heavens). 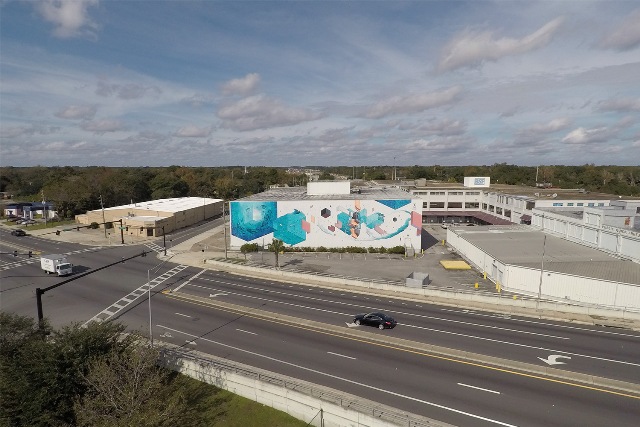 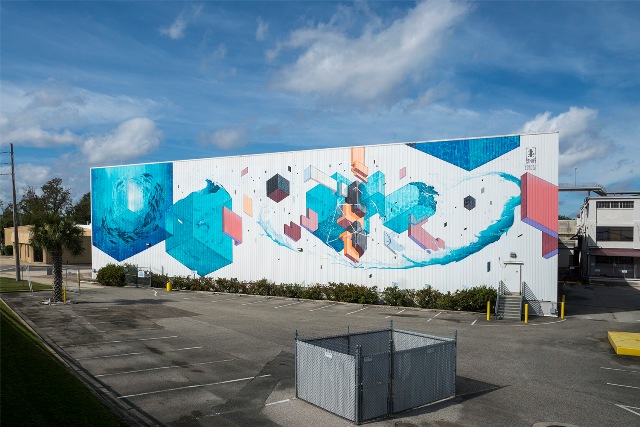 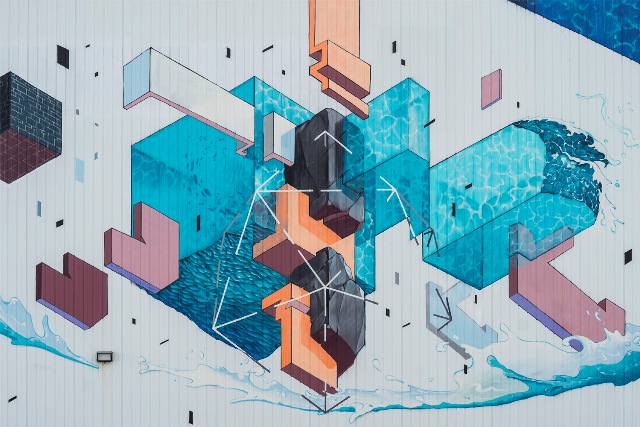 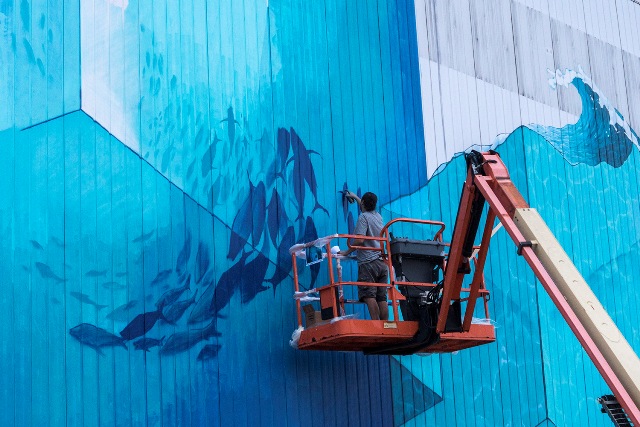 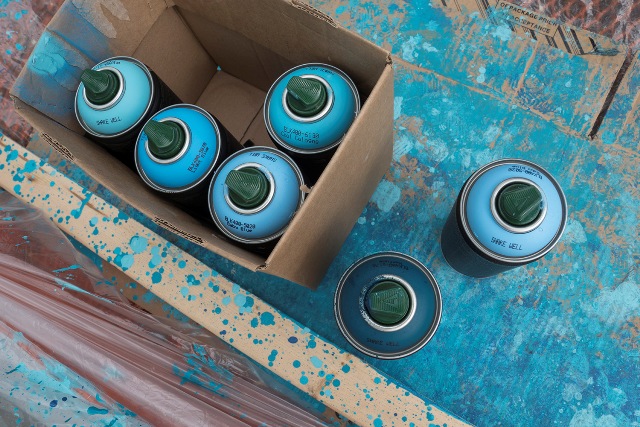 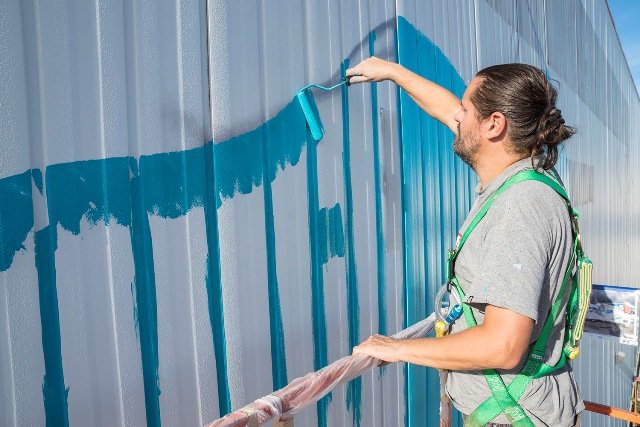 The Jacksonville’s wall is the first part of a cycle of 5 walls that will be made in  different cities and will represent the 5 Platonic solids. The first mural in series is devoted to the Water element and is titled Eikosi (Greek “twenty”) which means 20 faces of the solid ICOSAHEDRON. 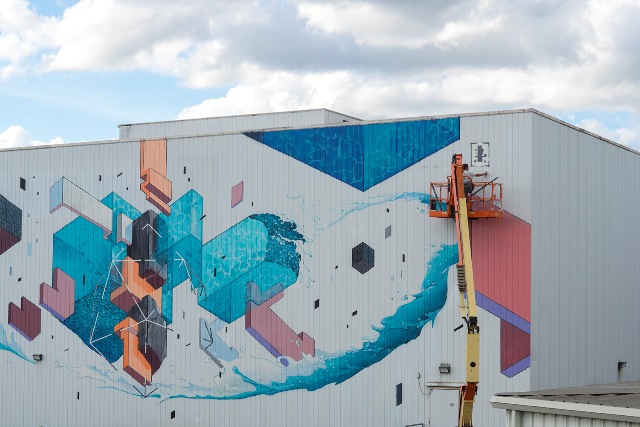 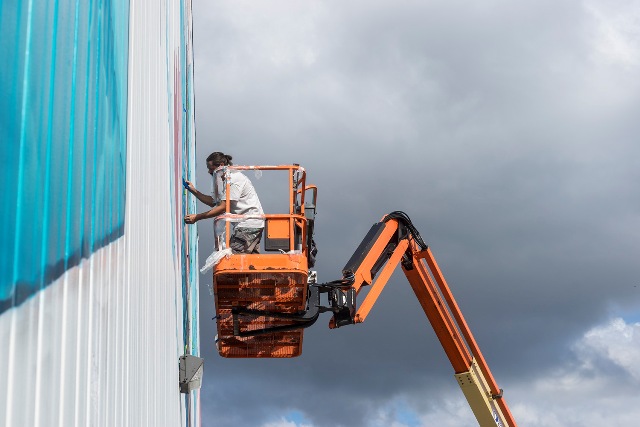 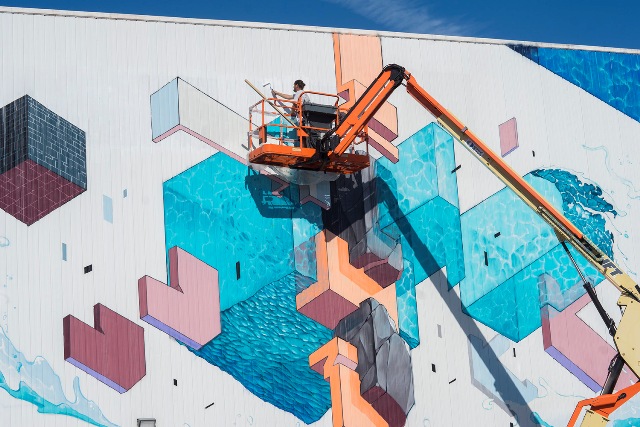 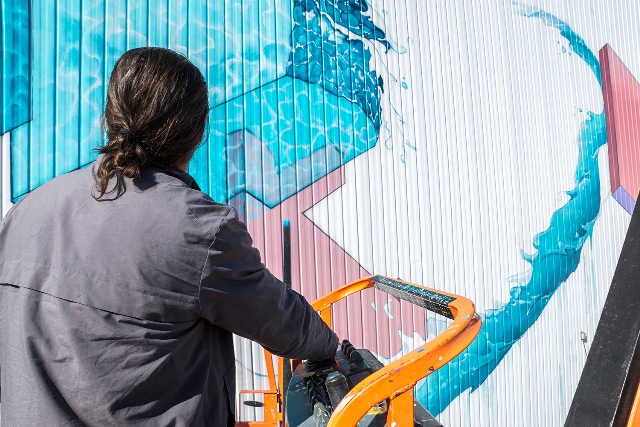 “The ICOSAHEDRON of Plato is a metaphor to represent the ocean sections created in my style. Urban agglomerations and natural elements (that float in an indefinite space and represent the contradictions of the urban spaces we live in) is the line that always mark my evolving style in recent years, on the revenge of the nature on urbanization.” – Etnik.
“I chose water as an element for Jacksonville because it is everywhere in Florida. If you look on the map, it is like Italy, all surrounded by water. Ocean, river, fishes and everything what is in the water represented in the elements. Nature in opposition with geometric shapes.” – Etnik. 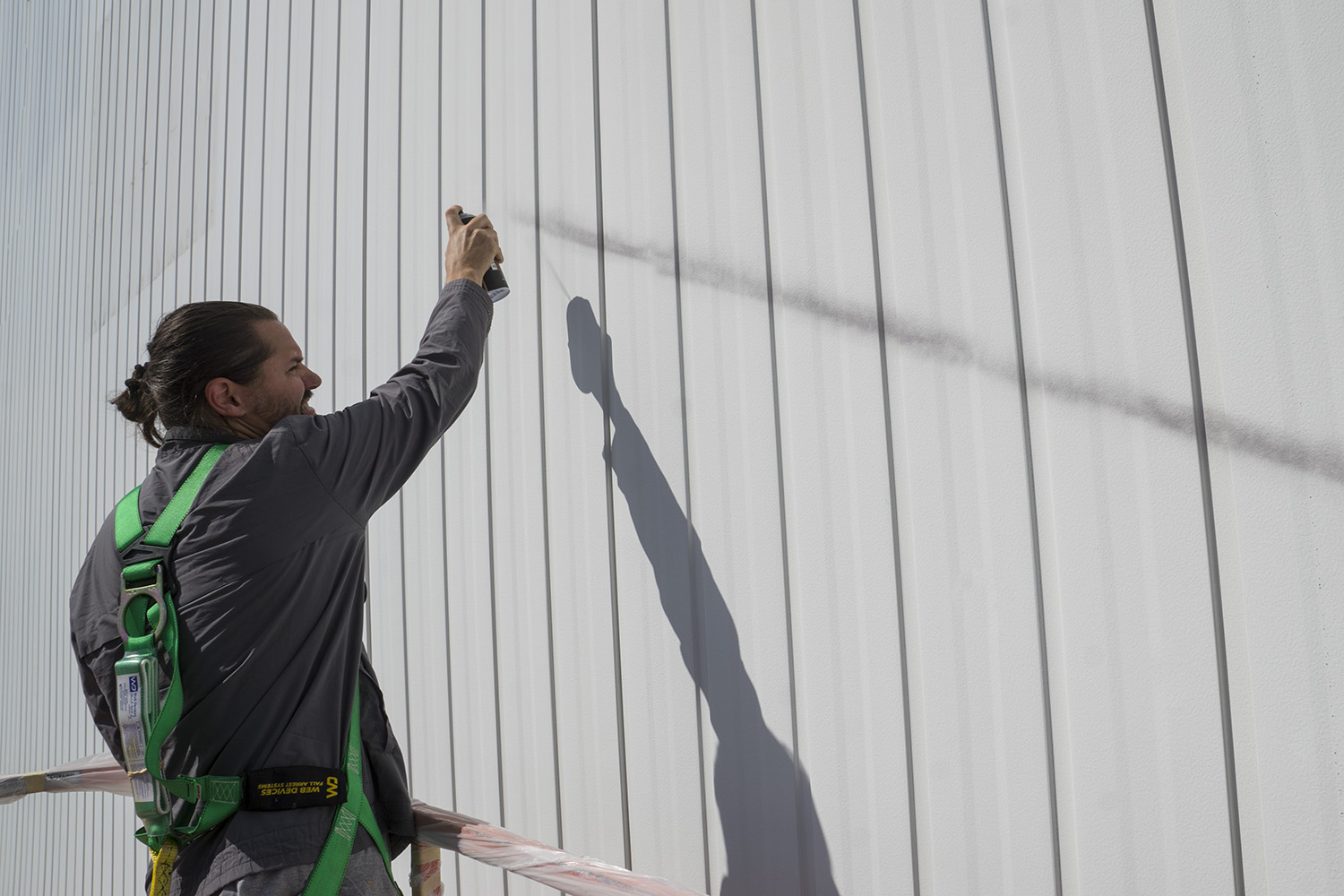 Etnik [] lives and works in Turin (Italy). Active since the early 90’s in the writing scene, Etnik has been searching new ways to push the limits of classical graffiti to a higher level of painting; he’s been painting large scale murals worldwide and organizing events to connect the best European artists. From 2001, his way to paint starts to evolve to geometrical and architectural forms, still working on the lettering with a mixture of urban landscapes. This way to represent and criticize the CITY, and painting the urban volumes as an abstract composition, is the way Etnik works on different media from studio painting, to murals or sculpture and installation. His works have been shown in several international galleries and published in many magazines and books.

“Mural in Jacksonville is one of the biggest artworks in Etnik’s career [38’ x 150’]. Jacksonville is centered on the banks of the St. Johns River, the longest river in the state of Florida and its most significant one for commercial and recreational use. The building is situated in front of a farmers market where local people buy seafood. In addition, the business in the building  [Beaver Street Fisheries] is a leading importer, manufacturer and distributor of frozen seafood products from the USA and around the world. It was perfect combination of the artist, idea and the location.” – Iryna Kanishcheva*.

Enjoy the shots the artist has kindly provided us with. 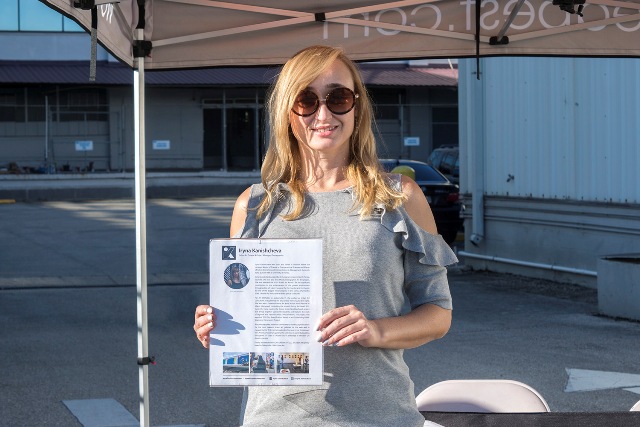