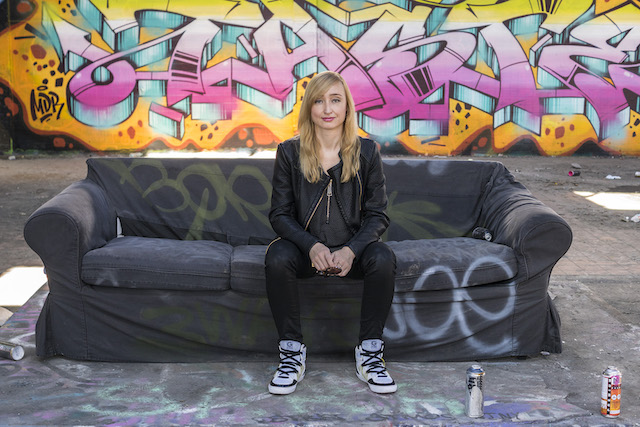 Iryna Kanishcheva is a young, US based, Ukrainian curator, photographer and founder of several fine street art projects. On this edition of Meeting Point, we speak with her and learn more about her dreams and projects!!

– Hi Iryna, its great speaking with you, please Introduce yourself to us!

Hi! I am Iryna Kanishcheva. I am a photographer, founder and curator of several mural projects, urban art consultant and owner of GNV URBAN ART LLC , an urban art agency based in Gainesville, Florida.

I was born and raised in Ukraine where I received MS in Pharmaceutical Sciences and MA in Economics. At the moment, I study at University of Florida Warrington College of Business,  MBA program. Although I had a successful career working in the pharmaceutical sector in Ukraine, I changed my focus when I moved to the USA.

– What is street art for you? What impact has it had on your life?
Street art literally changed my life. If several years ago somebody would tell me I would be an urban art curator I would never believe. At the beginning of 2015, I could only dream of an autograph by  Franco Fasoli Jaz, Axel Void, Evoca1 or Interesni Kazki! Not even mention to have them in my town! Since that time, I was involved directly in the creation of over 100 murals by world-renowned artists, received 7 awards and recognitions, and created a huge personal database of the most talented and relevant painters in the world. 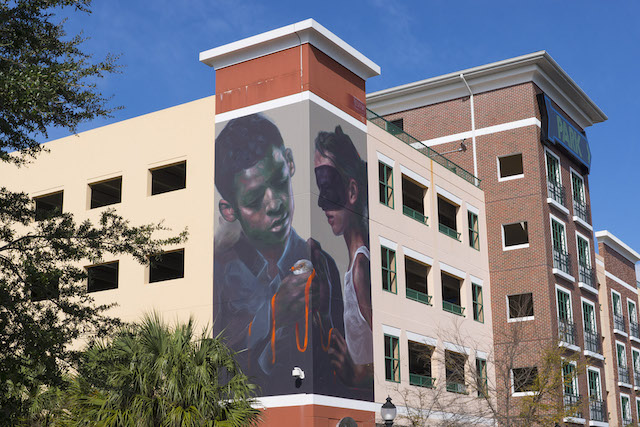 I have always loved photography. Especially I liked to show the beauty of brutal street objects, graffiti was obviously a part of it. I became deeply interested in urban art in 2011 while living in France. I actively explored local culture and was able to attend many great museums and galleries, as well as street art festivals. From that moment on, I began seeking out and photographing works in France, Italy, Spain, Belgium, Switzerland, and the Netherlands. Later, when I moved to Florida I decided to submit my proposal to the City of Gainesville in order to produce something I was inspired by in Europe and had experienced in some US cities, such as Miami and New York, for example. This project now is known as 352walls/ The Gainesville Urban Art Initiative. After that, together with Waone and Geo Leros we launched one of the biggest mural projects in the world, ArtUnitedUs (Kyiv, Ukraine), well-known internationally for its huge 16-26 story murals and significant artworks such as mural in Chernobyl to commemorate the 30th Anniversary of the worst nuclear disaster and mural in ATO zone, frontline city in Donbass, Ukraine. 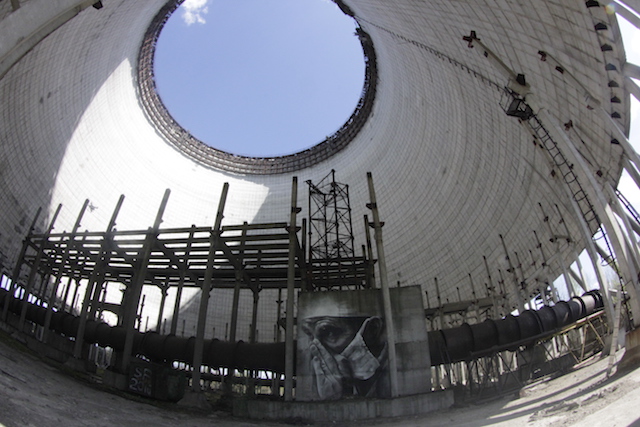 Further, I have initiated a row of community engagement activities, among them Grove Street Neighborhood Mural Project that revitalizes neighborhoods and brings together Gainesville creative leaders; murals painted together with kids in elementary school, grades 2-5; and murals in the school for kids with special needs. I feel like engaging community is the most important part of public art that allows to educate and instill a positive attitude to the urban arts. Some people still cannot make a difference between “hipster graffiti” and muralism. 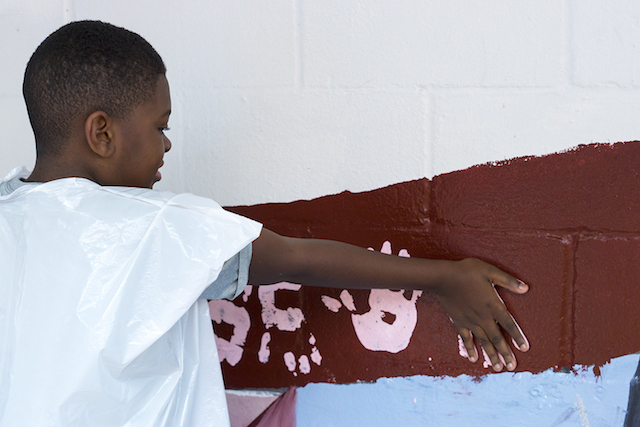 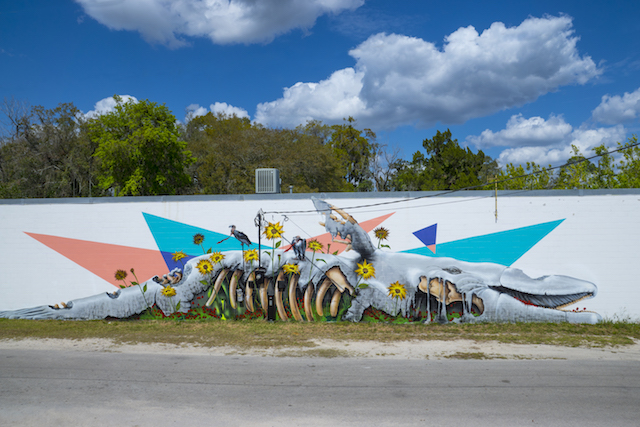 Finally, for Art (Re)public in Jacksonville, FL I worked as Urban Art Consultant and gathered some of the best muralists in the world. I also was a Creative Partner for Basel House Mural Festival in Miami, Wynwood, consulting the project during Art Basel 2017. Nowadays, I provide professional referral services helping great artists and good projects to find each other. 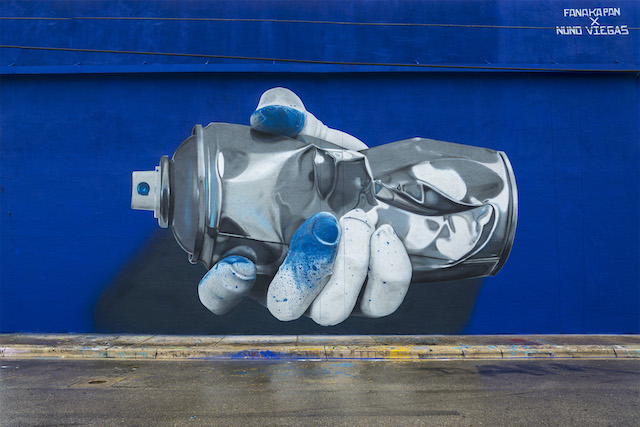 For me, the best street artists are those who use their imagination for the mural ideas (not just a photograph of a pretty girl layered in Photoshop), they do research, put some meaning in the work and it looks appealing for all the citizens. At the same time, the ideal artist is humble and doesn’t complain about rain, sun and no possibility to use a projector. To mention a few favorite names that I worked with, Borondo, Kenor, Gaia, Guido van Helten, Waone, Reka One, Phlegm, Evoca1, and many more beloved artists. I admire a combination of unique style, excellent technical skills and a great personality. 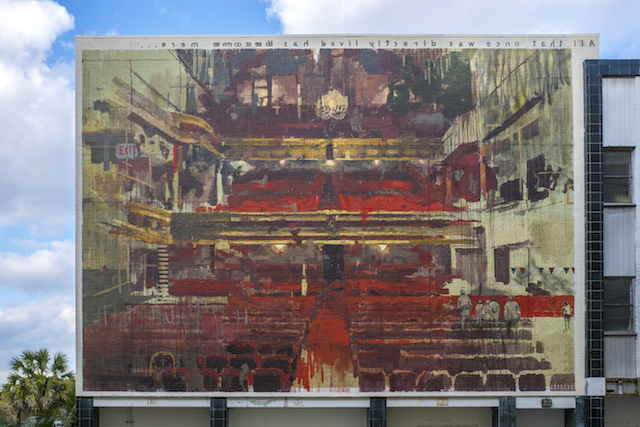 This is what I said in my TEDx talk recently:

“Originally considered as vandalism and used to mark territorial boundaries today’s street art is a tool for urban beautification and regeneration. Many street artists have earned international attention for their street work and have made a full transition from street art into the mainstream art world. Street artists are no longer constantly at risk of being handcuffed by police, falling from a roof or under the wheels of a subway train. Street art has become more accepted by the general public, likely due to its artistic recognition. This has led to a loss in its original thrill. Some artists have become bored of the repetitive art festivals and have turned to the street art to express more meaning ideas, often using unusual surfaces and places.“
TEDxUF, Gainesville, FL 2017 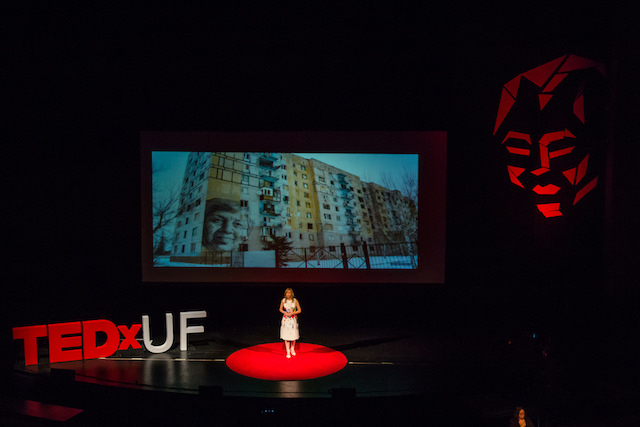 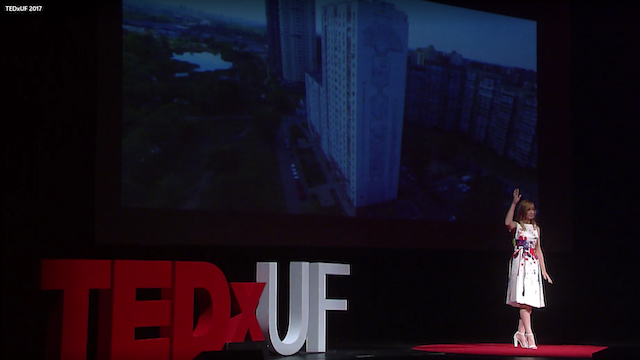 I think we live in a great time observing the change and development of urban art. The transition from classical graffiti to commercial art is not finally accomplished though, leaving some gaps in the genetic. For example, some artists produce provocative shocking ideas to be cool and get attention, but in most cases, those murals are not appreciated by the local public and often are painted over. These artists still want to be paid for this work. At the same time, really great artworks often are not paid at all. It is considered normal for the festivals to invite artists to work for free, obviously because of its historical roots or the complicity of paperwork for artists without working visa.

There is a big difference between public art, normally arranged by government organizations choosing among “what is locally available”. These are rarely best murals in the world but always paid well.  Street art, on the other hand, is a wild action often with no contracts and paychecks but amazing selection of cool artists, best in the world. I have worked with both. Now I feel like my mission is to leverage the balance and serve as a liaison between these two!

– Which cities do you think have the biggest activity and influence in the global street art scene?
Philadelphia, New York, London, Berlin, Los Angeles and Miami.

These days I am working on a mural with the most incredible 3D artist Peeta. This case is really complicated as I am dealing with the building owner, an independent sponsor and a city grant, trying to adjust everybody’s needs to have all the parties happy!

I have already had three exhibits this year. One currently travels throughout Ukraine to 11 cities, Window on America Centers, the main cultural, educational, and outreach platform of the U.S. in Ukraine. In the exhibited photo collection, I share a part of urban life in the U.S. and introduce viewers to everyday American life through urban art. Also, I am proud to say that I shared an exhibit space with Banksy! My photographs were part of the show with Banksy’s Haight Street Rat mural presented by Brian Greif, executive director of the documentary “Saving Banksy”. 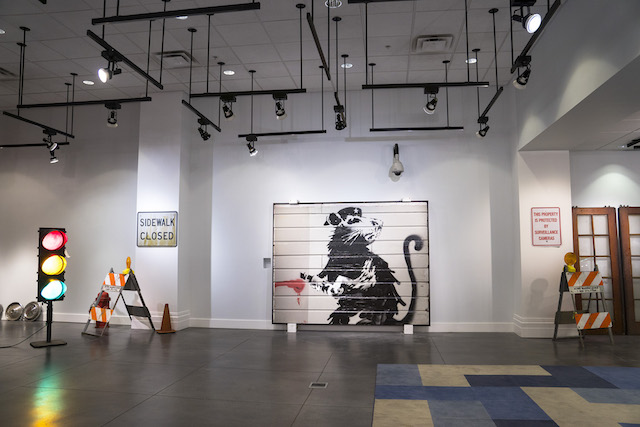 This year was really important in my life. I got the Green Card, I established my own small business and was enrolled in the University of Florida. I learned many new things that I have never thought about and built totally new networks. For the next two years, I want to concentrate on my education first of all and gnvurbanart.com.

– What is the biggest challenge when organizing a festival?
First of all, to find a sponsorship, of course. Mural production is a teamwork and is important to build a team of people who understand the culture, have experience and good organizational skills. Thus, in case of working with government organizations, the whole ridiculous process might be a real pain in the ass.

When Axel Void secretly named his mural in Gainesville “Methamphetamine” and we learned about it from social media, it seemed to be really bad. This was a sponsored by the city project and everybody was really offended because this action positions Gainesville as meth-traffic gang town which is completely wrong to say about one of the safest college towns in the USA… But later, in Ukraine when all the paint was stolen, neighbors protested and tried to cut high-voltage wire of scissor lift, an artist was deported, other was arrested, one more artist got broken knee, and other adventures, then the Methamphetamine title in Gainesville seems not a problem at all 🙂 Ukraine was really extreme project and tough school for many artists! 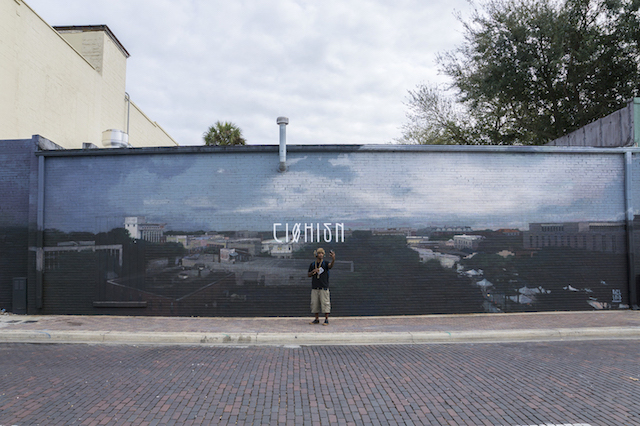 – Do you have a wild project that you dream of achieving someday?

Yes, I do! I would not name it wild but experimental. I’ve been slowly working on it since 2016 and believe, upon completing my Masters of Business Administration, I will look differently at many points. This will be a perfectly organized project for the community, that produces unrealistically crazy cool artworks and is paid well at the same time. Doesn’t it sound like a dream?

– What are your plans for the future?
I do not think I will always work on mural projects, it already gets boring to me. Too much street art in the world! It loses its original value. This form of art will transform into something different soon and maybe I’ll be there.

There is always room for improvement for all of us. Never stop trying experimental approaches, believe in yourself and think about the general public. By creating murals we are partnering with the whole city! Murals enhance community development, spur urban renewal, attract new businesses, draw tourism dollars, and create an environment that attracts skilled and educated workers. I hope we get on a new level soon when every building owner and potential sponsor will understand this fact. Thank you! 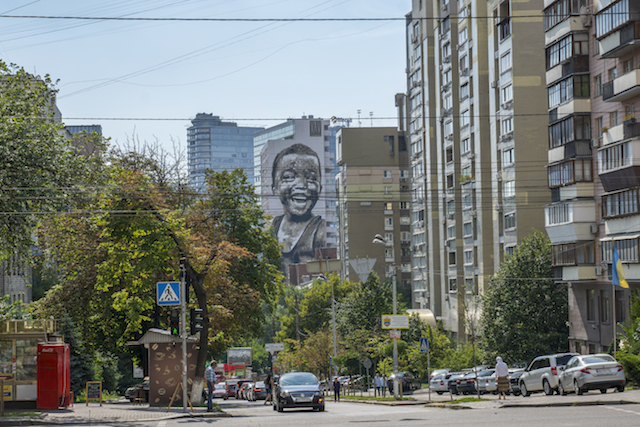 Xav for ArtUnitedUs in Kyiv, Ukraine. Photo by Iryna Kanishcheva 2017

Thank you Iryna Kanishcheva! It’s been great to get to know more about the mind and person behind such great projects.