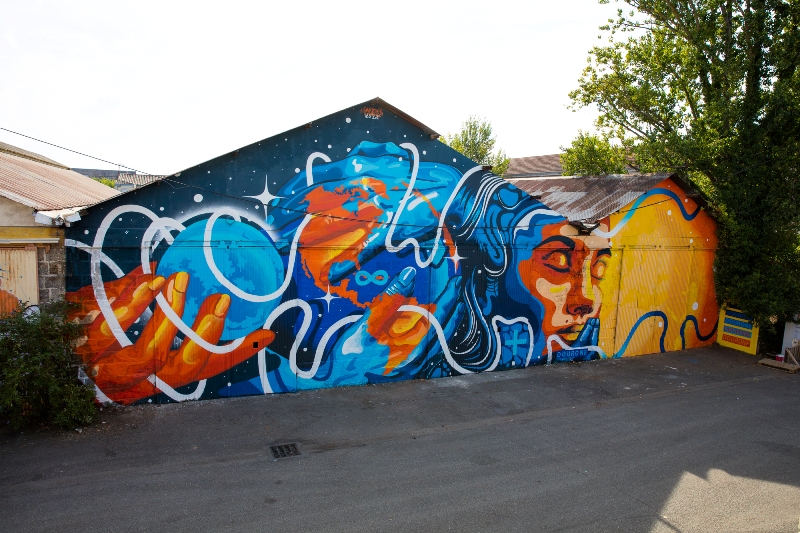 “FRONTIÈRES AQUATIQUES” (water borders in French) is the title of the last of DOURONE’s artwork for OCEAN CLIMAX festival that took place in Bordeaux, France early September.For the second edition of this festival, DOURONE wanted to talk about freedom and the « borders » that constitute the limits of freedom respect from one human being to another and how there are constantly moving in order not to interfere and respect the freedom of every human being. 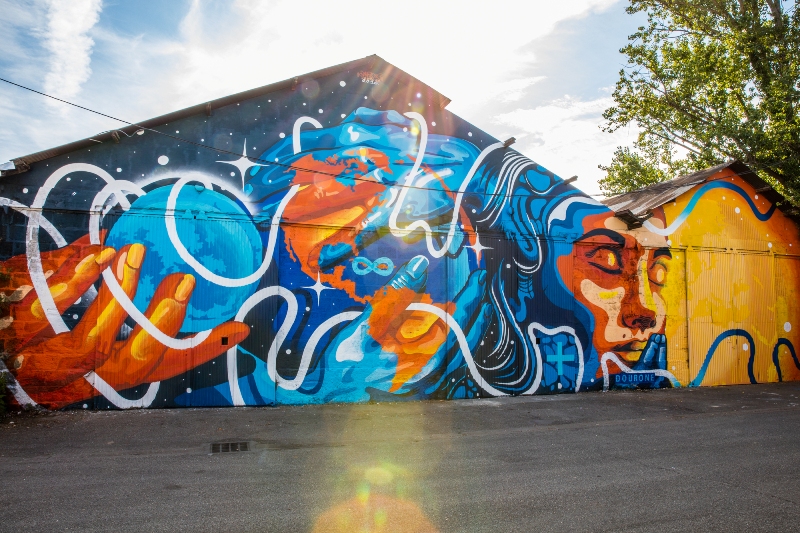 This mural is located at DARWIN, an alternative place dedicated to the development of responsible economy, environmental transition and citizen activism. 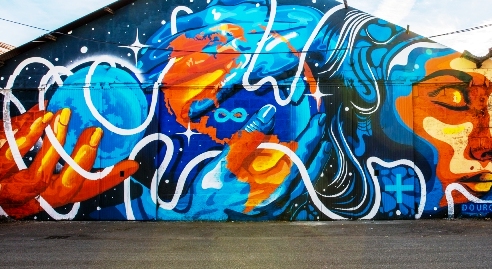 Check out more works of DOURONE:

“Sainte Marthe” by DOURONE in Paris