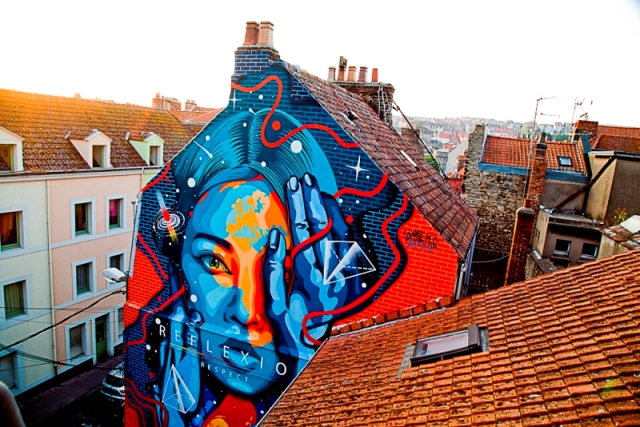 For the first edition of the urban art festival in Boulogne-sur-mer, Street Art Avenue and the council of Boulogne-sur-Mer, chose Dourone with 4 international and national artists to work on large-scale mural in the middle of the city.
Dourone’s proposal named “RELFEXION//Respect” (Reflection//Respect in english).
With this title Dourone has tried to emphasize the respect that we owe to the woman and the reflection about her worldwide condition is required. 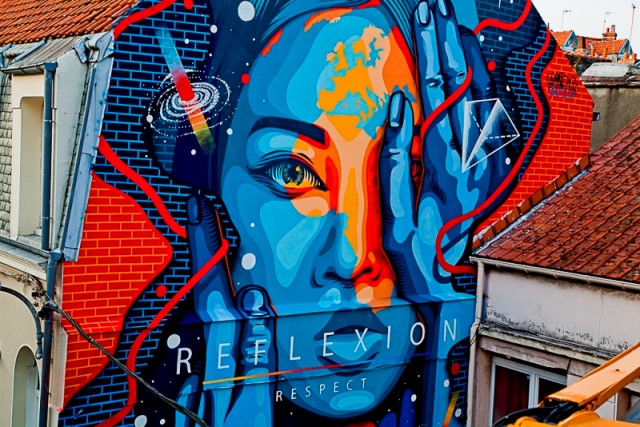 The colors blue and orange are integral parts of the artwork. 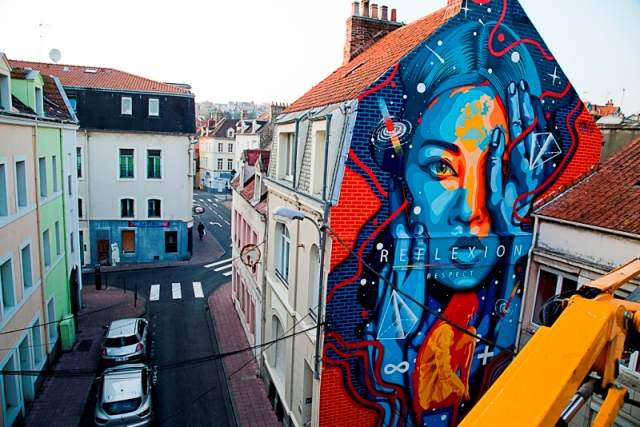 With urban, cosmic and symbolic elements, the artwork of 14 meters high does not leave anyone indifferent. 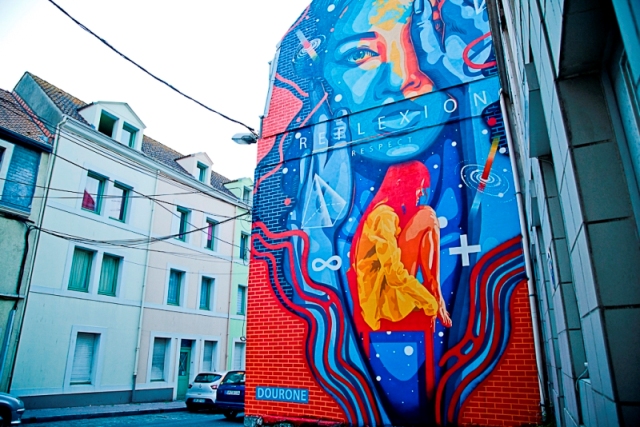 Dourone for COLORAMA in Biarritz