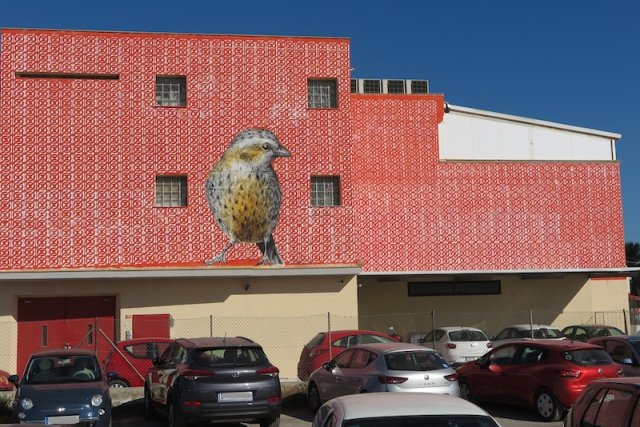 Creativity, Tradition and Feathers meet here at BLOOP Festival`s OpenAir.Gallery. BLOOP International Proactive Art Festival 2016 was held on Ibiza island for more than a month, this year under the theme NO FEAR. A celebration dedicated to people and arts is based on Proactive Art,where the proactive reaction on behalf of the audience is the finishing element of each artwork. This means that all activities are comprehensible and aimed for all, not to mention everything is completely free. During the month long fiesta, arts such as the following take place: graffiti, interactive installations, fine arts, sculptures, video mappings, photography, creative workshops for children/adults, music sessions, concerts, performances and many more. 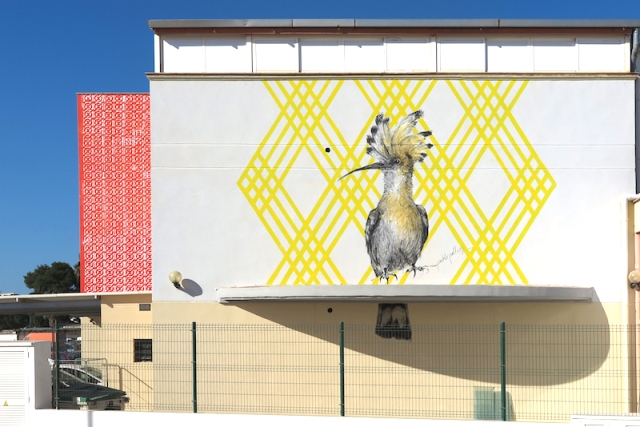 Back in 2013 Biokip Labs directed the first moving mural on the sea, a ferry as the surface. This year the creative studio took the wall painting process to new heights creating a one and only piece by the hands of Yoshinobu Tatewaki (Japan) and Pavlo Peluz (Spain). Yoshinobu is a new age artist who unites the past and present. His works are based on traditional Japanese patterns applied on walls, creating groundbreaking optical illusions. Under the curation of Biokip Labs, he dressed the local mall in his trademark patterns and Pablo with his birds. 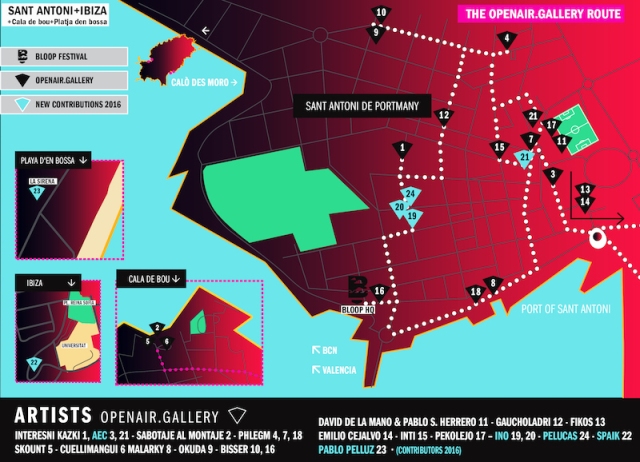 This mural was Biokip Labs` second contribution to the OpenAir.Gallery. Alongside the Japanese artist AEC Interesni Kazki (Ukraine), Spaik (Mexico), INO (Greece), and Pelucas (Spain) left their marks on the white isle this year. The OpenAir.Gallery is one of the first of its kind, a long term project to convert an entire island into a gallery under the skies accessible all year round. As “ART IS FOR EVERYBODY” at BLOOP. Now the project holds more than 20 murals where you can follow a route (map here) by the likes of Phlegm, Interesni Kazki, Isaac Cordal, Inti, David de la Mano and more.