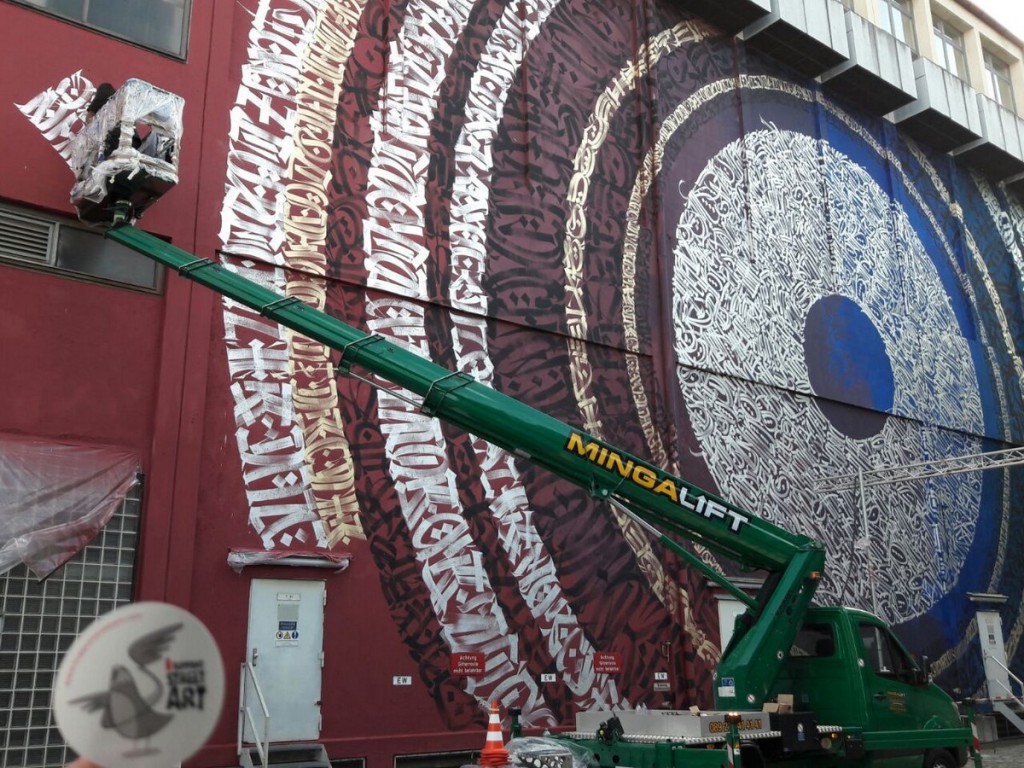 Said Dokins has just finished his last work in Munich for MUCA and we had the opportunity to see the process of it. The Giant Façade in the exterior of the Museum belongs to a  power plant and it has a 1000 square meters wall which makes it the largest painting in the city. The outdoor area will also become an additional exhibition space and part of the event area for the MUCA URBAN ART FESTIVALwhich will run parallel to the Grand Opening and will run until the end of August 2017. 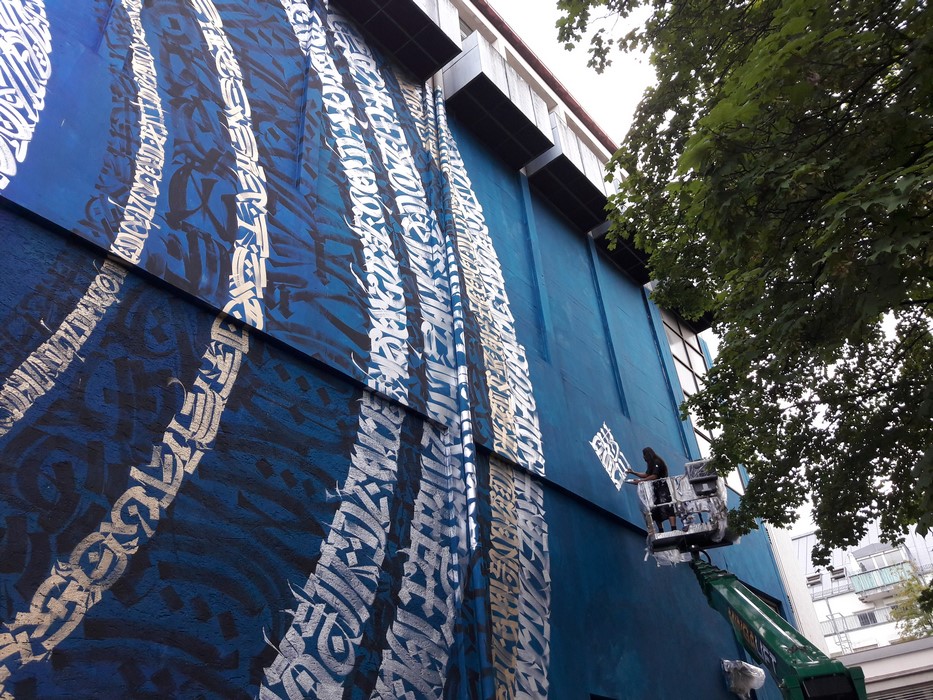 The wall titled –CHALCHIUITE- a term of Aztec origin which alludes to a magico-religious protector that in the past was made of jade,  semiprecious stone, and  which for it effects it was necessary to warm it to the sun. Also here the sun makes sparkling the gold and silver letters on the wall maybe in connection with this idea to charge of protection energy and turning it into a gigantic amulet. 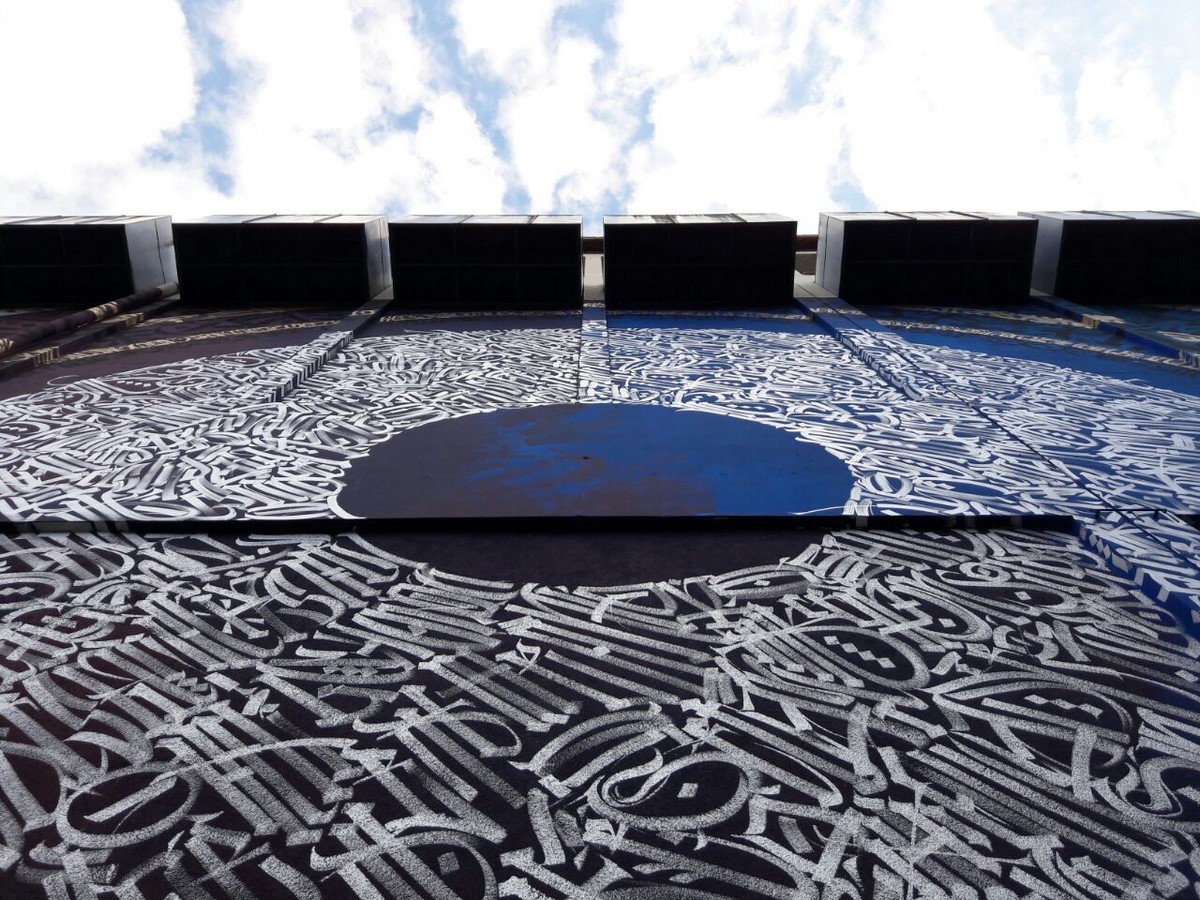 Besides Said´s chalchiuite contains poems referring to the seasons directly in connection with the texts that surround it, words that speak about the time. The work of Said always loaded with social background turns his interventions into something more than a mere aesthetic work of art. On this occasion he has chosen Adonis’ stanzas, pseudonym of the Syrian poet Ali Ahmad Said,  from the poem “Time”  to embrace the verses of Chalchihuite a deep reflection of the time and its destruction in relation to these times of continuous armed conflicts. 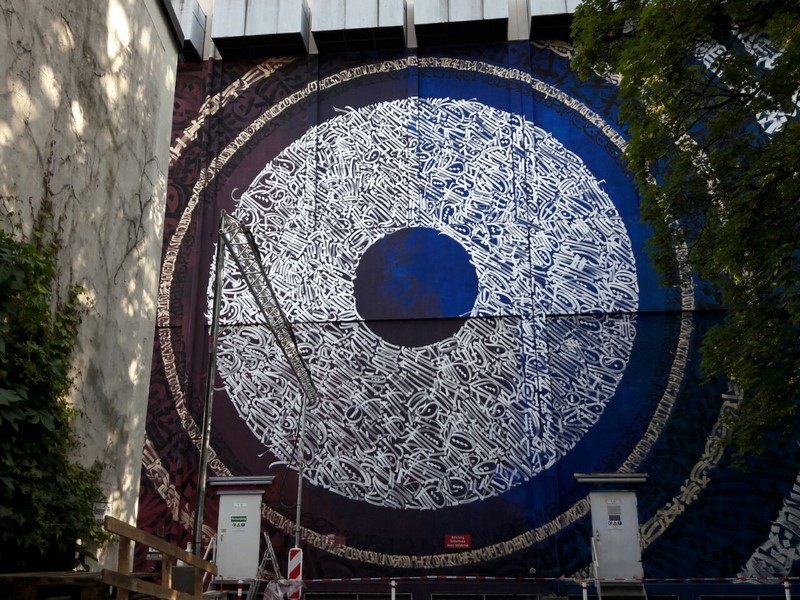 “Hugging the ear of corn
of Time,
my head a tower of fire.
My soul has forgotten the things of its passion,
forgotten its legacy, preserved in the house of images.
It no longer remembers what the rain pronounces,
what the ink of trees inscribes;
no longer paints anything
but a sea gull flung by the waves onto the ropes of a ship;
it no longer hears anything
but iron screaming: Here is the city’s breast,
a moon is ruptured, tied to the umbilical cord
of a ghoul of sparks;”
He has chosen calligraphy from typologies of the average age but approached from techniques of Japanese writing that the artist himself knows by converting the own action of the writing in an authentic performance. 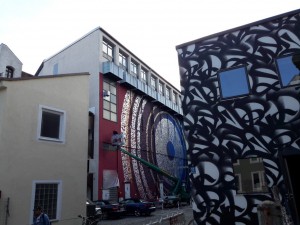 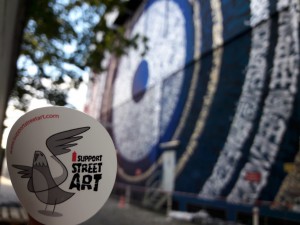 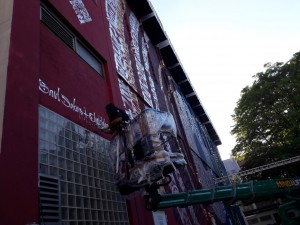 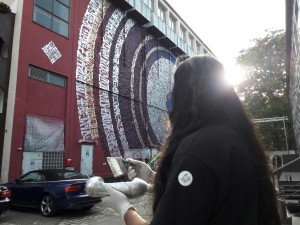 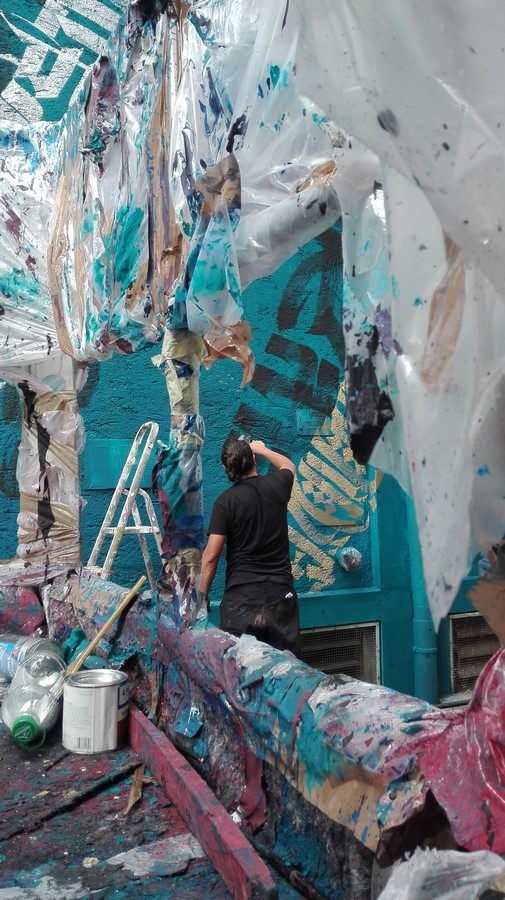 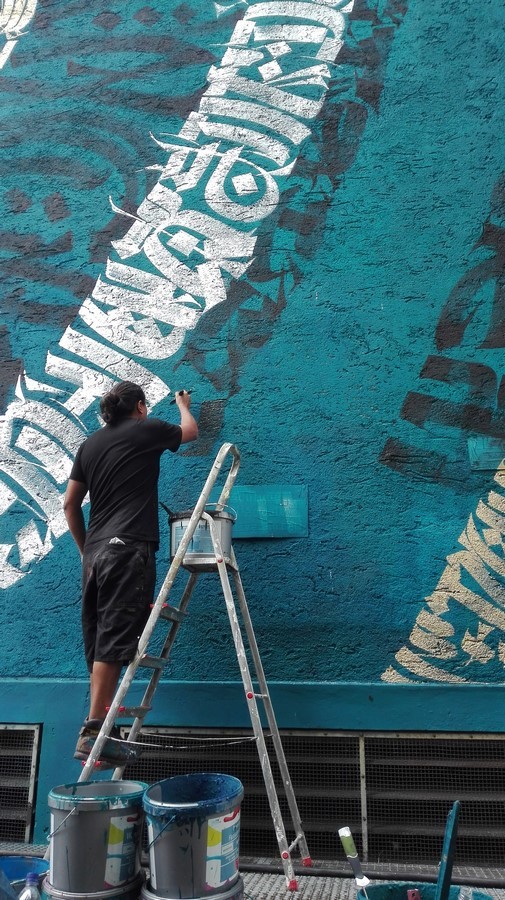 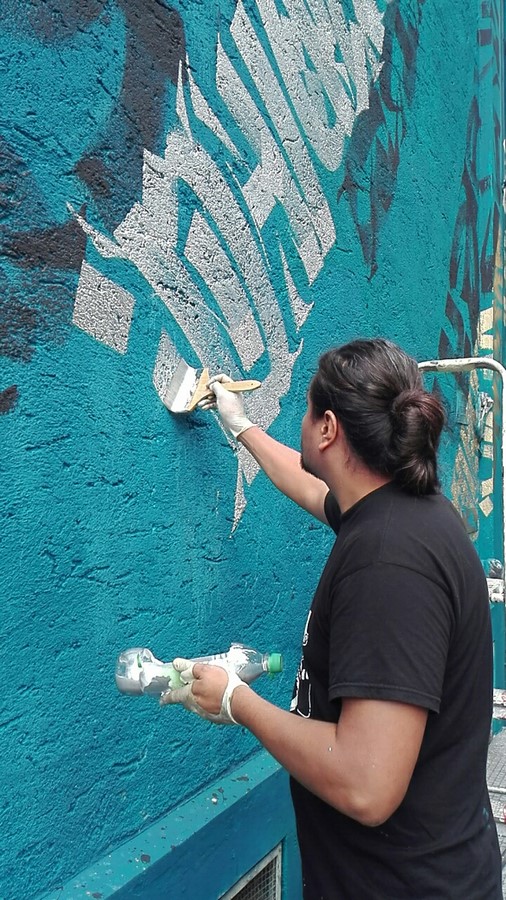 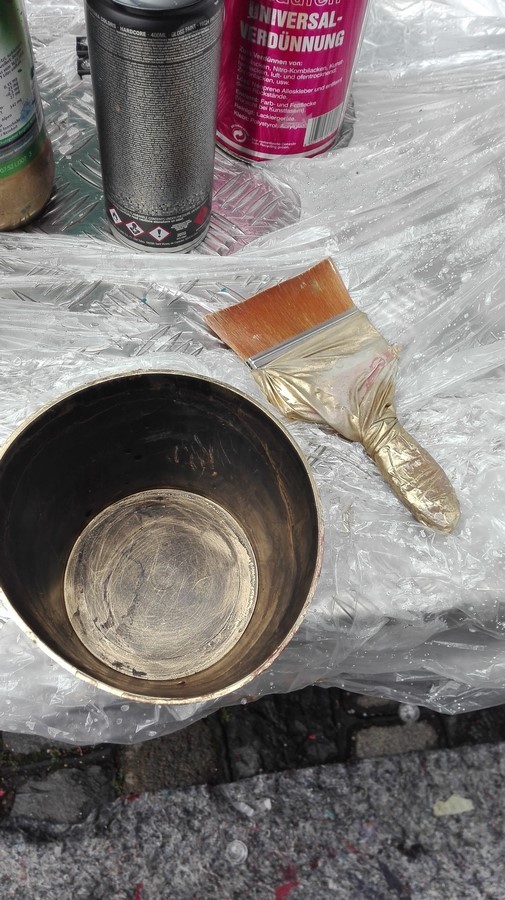 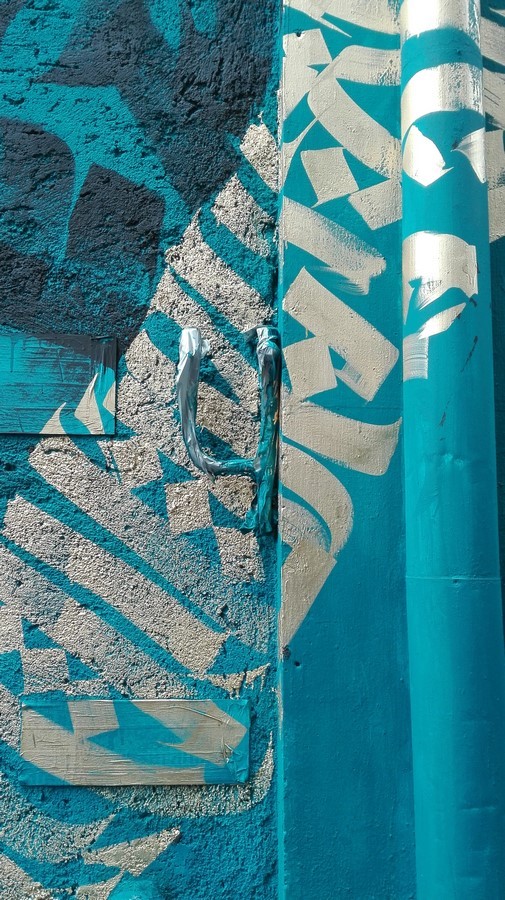 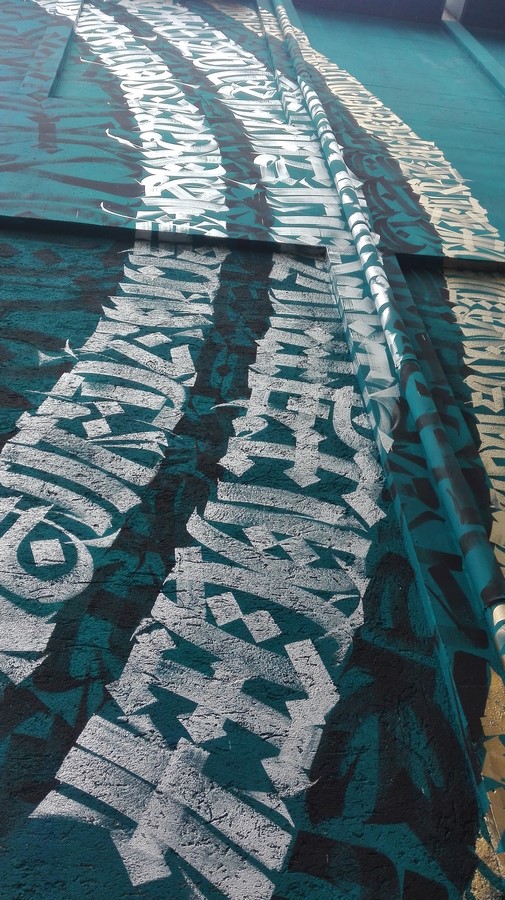