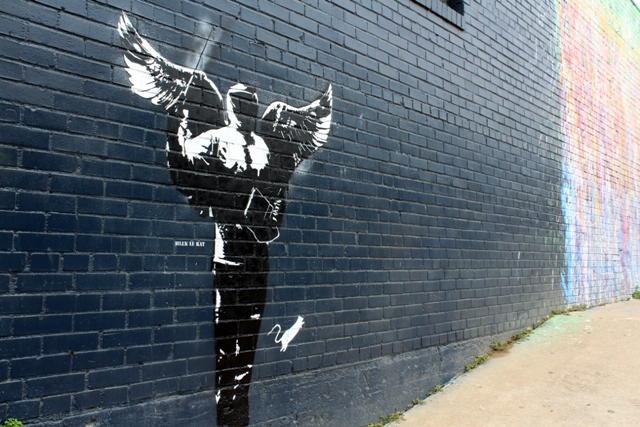 The “God Father” of the stencil movement visited four cities in the United States recently. Not cities people normally think of when an internationally known street artist comes to the US. Blek did not paint in LA, NY or San Francisco. He did a series of life-sized murals in places like Nashville, Tennessee and Waco, Texas. The tour of Tennessee and Texas drew large crowds and appreciation from people who may have only seen “street art” through social media. The driving tour of four cities so inspired Blek, he wants to visit more cities in the United States to leave his mark.

Organised by 2:32am Projects, we are glad to have a few questions answered by Blek regarding his experience. 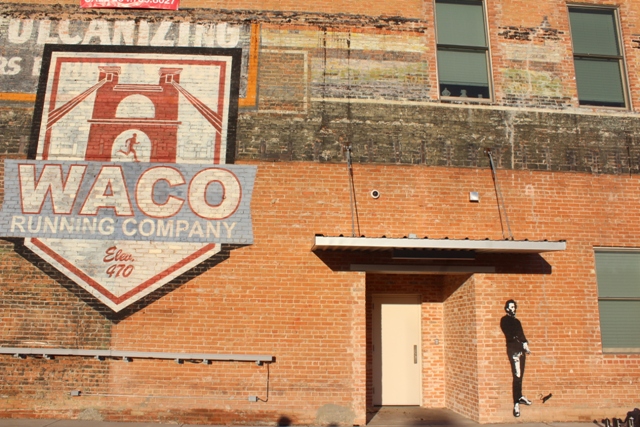 Question: You spent a week in Nashville painting at a school, Montgomery Bell Academy. What was that experience like?

Blek Le Rat: I was really amazed by how engaged and serious the students were and how well educated they were. All of these things are rare virtues in our time. The students were very interested in Street Art and my stencils. They seemed a little surprised that a 67 years old man is involved in Street Art and painting on walls. I wanted to do something at the school that connected the students to European culture. I painted famous authors, philosophers and artists at the school. Picasso, Victor Hugo, Socrates.
I spent several days in the classroom with the students teaching them the art of stenciling. That was very rewarding. They were very attentive and had many questions about my technique. 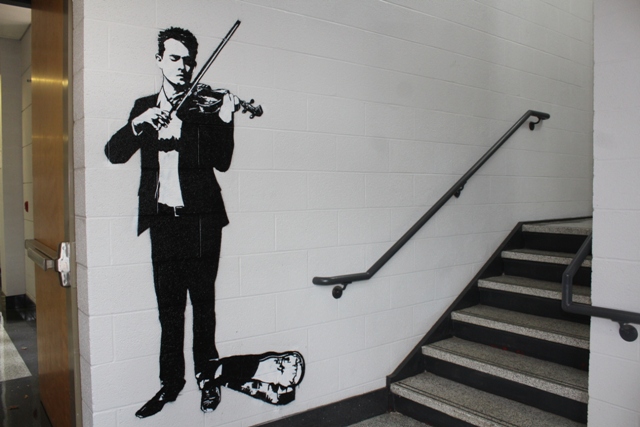 Question: How did the students respond to watching you paint?

Question: You worked with art classes at the school. Teaching them the basics of stenciling. Did you enjoy working with students in the classroom?

Blek Le Rat: Yes of course , I like to talk to young people about my experience of street artist. I have been working in the streets since 1981. This was a very rewarding way to connect with young people and pass along my knowledge and hopefully inspire the next generation of stencil artists. Many students stopped me on campus to tell me the murals and classes inspired them. I heard from many parents and teachers saying their students were now very engaged and much more interested in art. 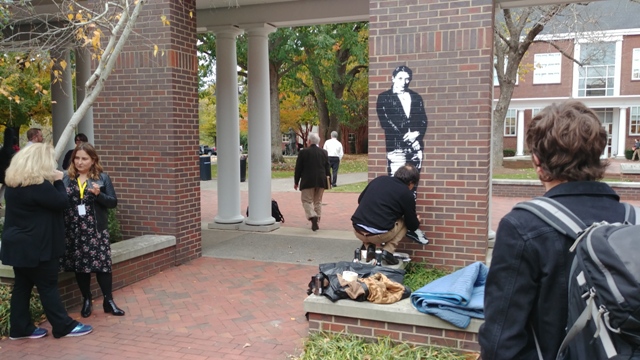 Blek Le Rat: Everything started during a conversation with Brian Greif from 2:32 AM Projects. I was working with Brian on a gallery exhibit in San Francisco last year. I told him I wanted to leave my mark across the US for many personal reasons. A few weeks later, Brian had arranged a “tour” of Tennessee and Texas. I loved the idea of visiting cities like Waco, that are new to Street Art.
It was a marvelous experience. In cities like Nashville and Waco, we had large crowds watching me paint. The people were very gracious and excited to bring art to the streets of their cities. 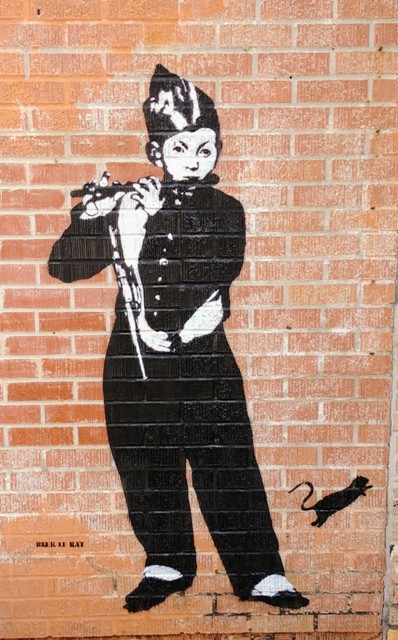 Question: Most artists that focus on major cities like NY and LA. What was the reaction like in cities like Waco Texas where street art is new?

Blek Le Rat: I love painting in the bigger cities, but in places like NY and LA there is a lot of street art. The amazing part of our tour of Tennessee and Texas was the response from the public. There were crowds at every mural location. The people asked questions, they were very appreciative and engaged.

It’s more interesting and important now for a street artist to try to reach people who don’t have access to the contemporary culture. Today most of street artists post on FB or Instagram and they touch hundreds of thousand people. I think its time now to go back to the real sources of street art by painting real walls in real cities and not just the major cities around the world. We need to touch people by painting walls in cities that have not experienced this
movement. 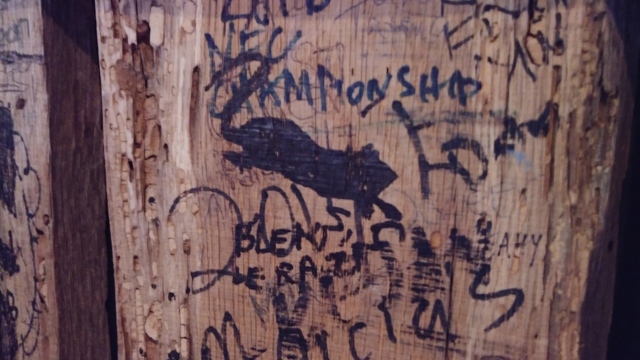 Question: Would you like to tour other smaller cities in the US?

Blek Le Rat: If I could leave my mark in every city in the US that would be a dream realized! We have discussed another tour with Brian at 2:32 AM Projects. We would love to come paint in cities like Omaha, Kansas City, Albuquerque, Columbus, St Louis, or any other city that would invite us. My dream is to visit and paint in as many cities in the US as possible. 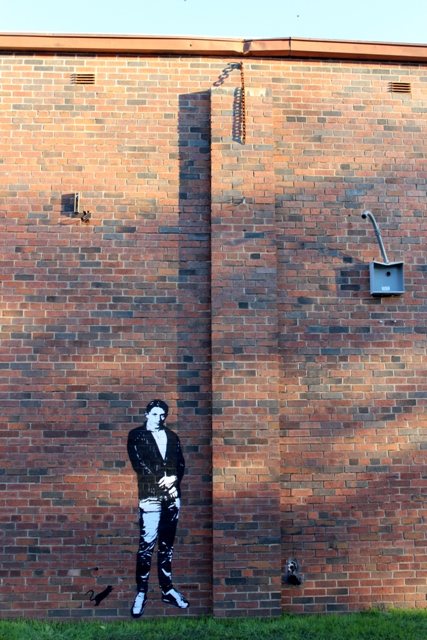 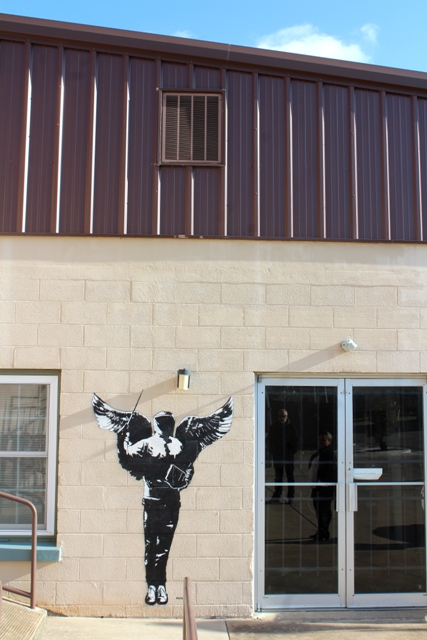 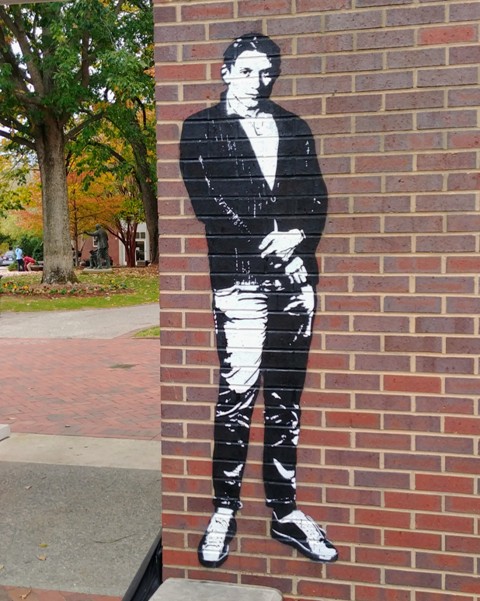 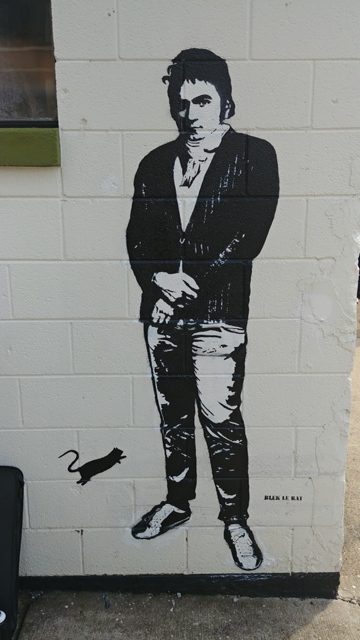 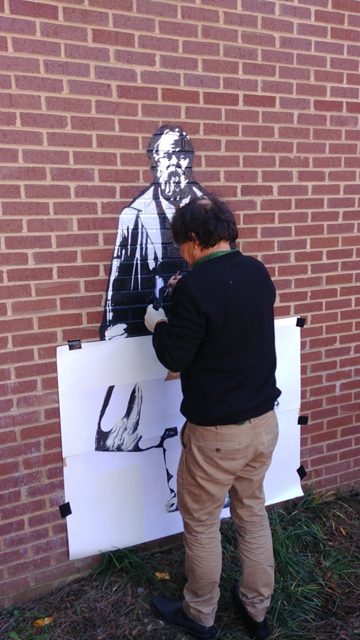