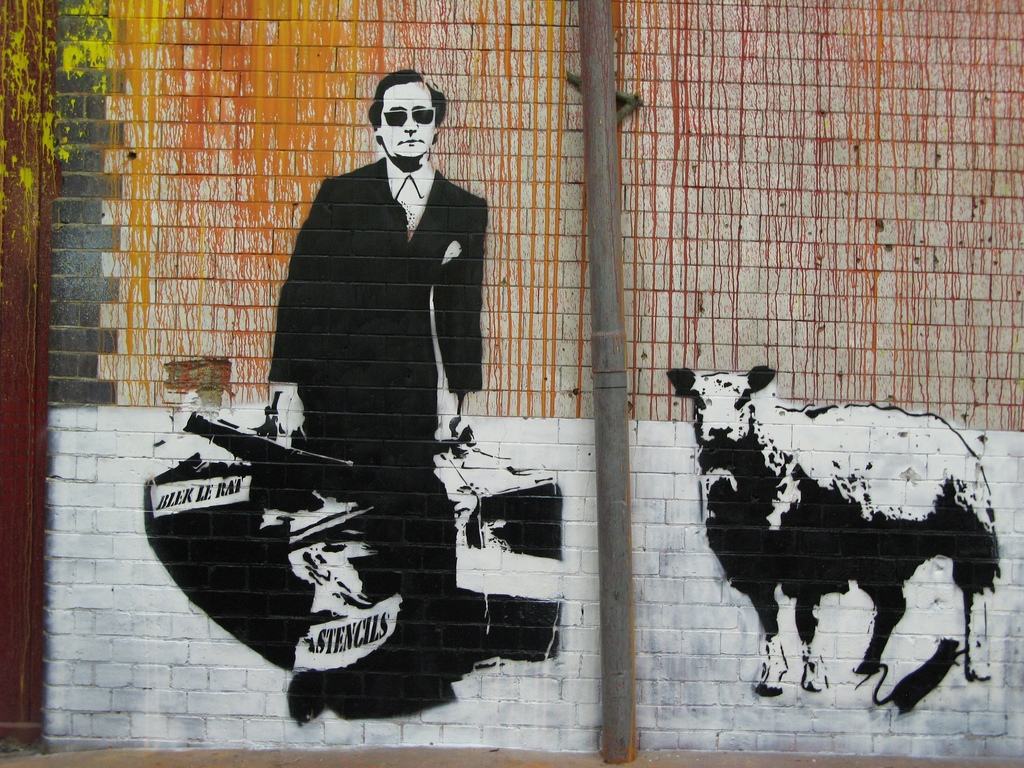 Blek le Rat , the French pioneer of stencils and street art in Europe. Born in 1952, Blek is the first stencil graffiti artist in Paris, and has been described as the “Father of stencil graffiti”. In 1981 he started his first works on the streets after being inspired by NY graffiti.

He decided he didn’t want it to look like it though. He wanted to pass new messages.

He began to spray some small rats in the streets of Paris because rats are the only wild living animals in cities and only rats will survive when the human race will have disappeared and died out. He described the rat as “the only free animal in the city”, and one which “spreads the plague everywhere, just like street art”. His name originates from the comic book Blek le Roc, using “rat” as an anagram for “art”.

British graffiti artist Banksy has acknowledged Blek’s influence stating “every time I think I’ve painted something slightly original, I find out that Blek Le Rat has done it as well, only twenty years earlier.”