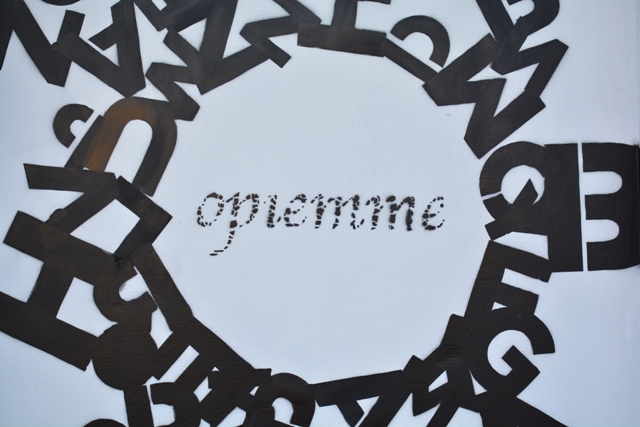 The human-size mural is a freestyle painting, which composition is based on the repetitive rhythm of elements in the white boxes. These elements viewed from left to right produce the illusion of a slowly growing movement of the subject, similarly as for the single film frames or a slow motion footage. The black and white background consisting of calligrams and large planes of color contrasts with the tones of the city and the sky. 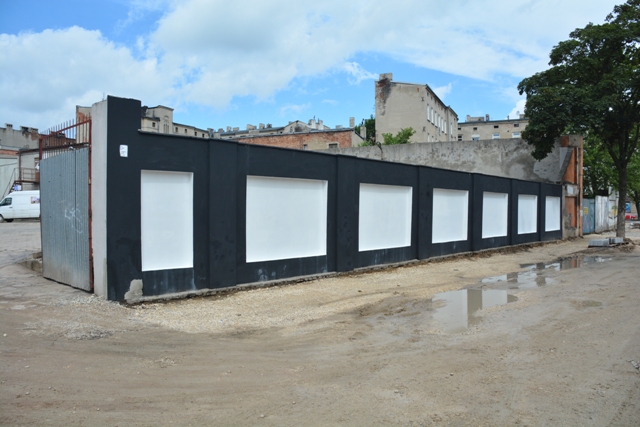 While painting Opiemme was thinking about the obvious stillness of giant objects observed in the universe. They may appear static because of their vast dimensions. That relates space to time. The title of the mural, “Black Hole Sun”, refers to, American rock band, Soundarden’s song that was stuck in the artist’s mind during the creation of the work. The wall is dedicated to the memory of lead singer, Chris Cornell. 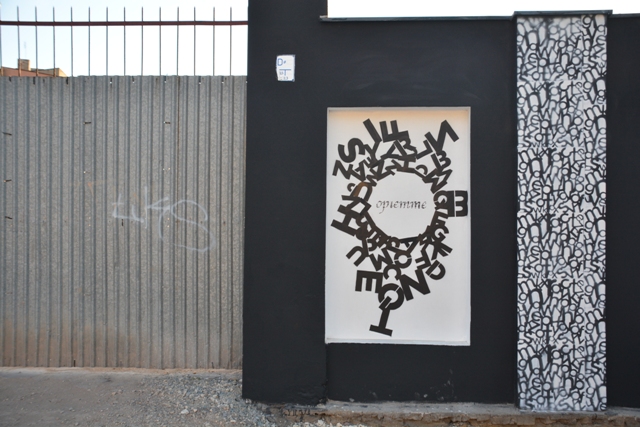 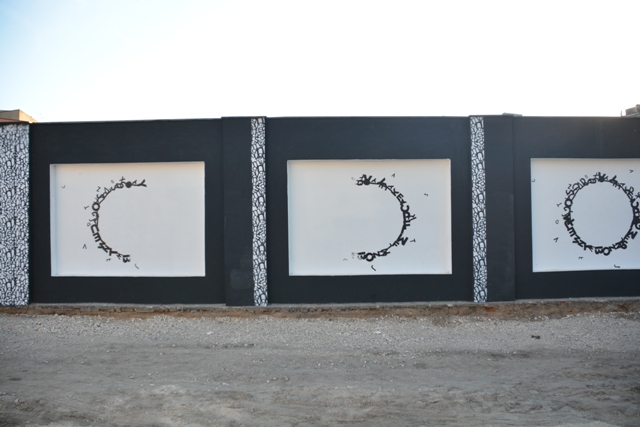 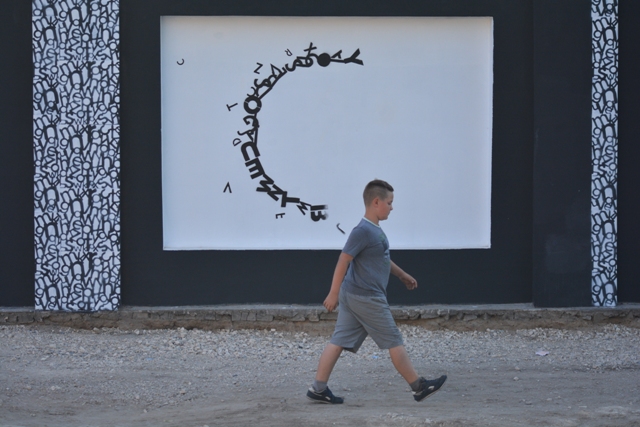 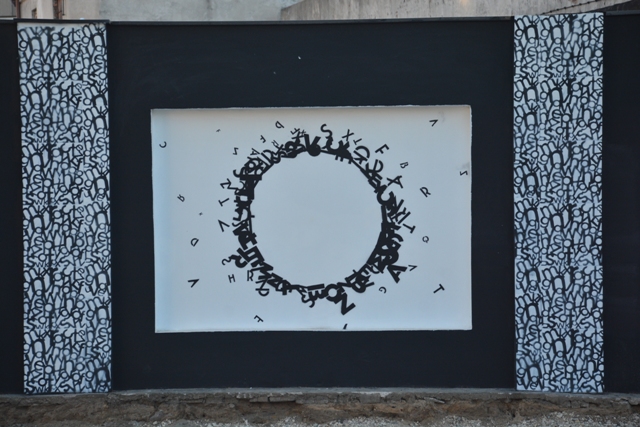 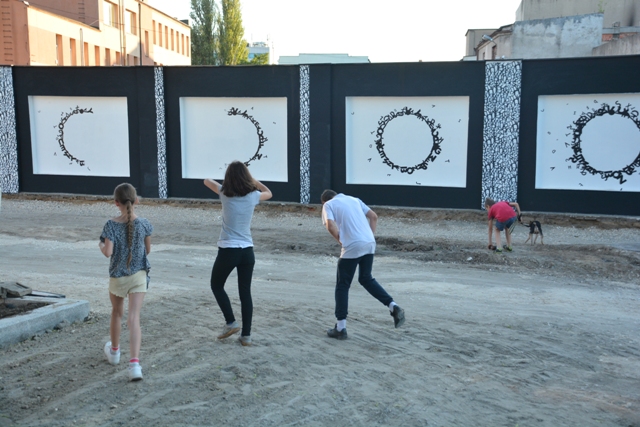 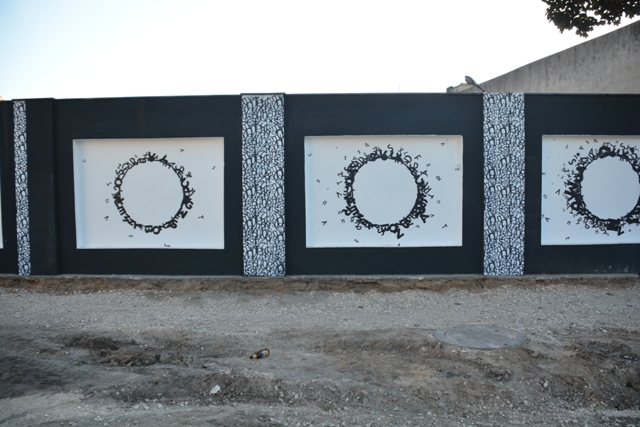 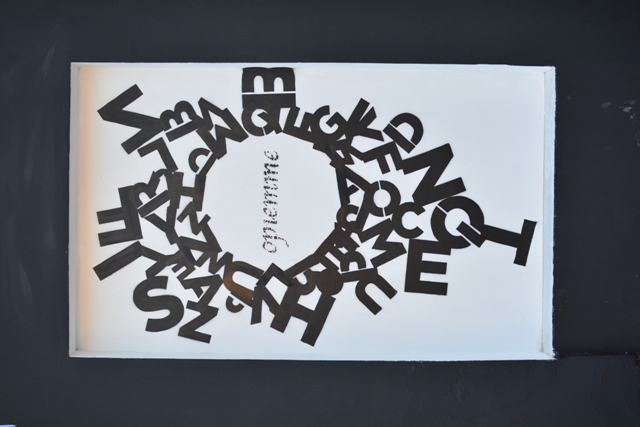 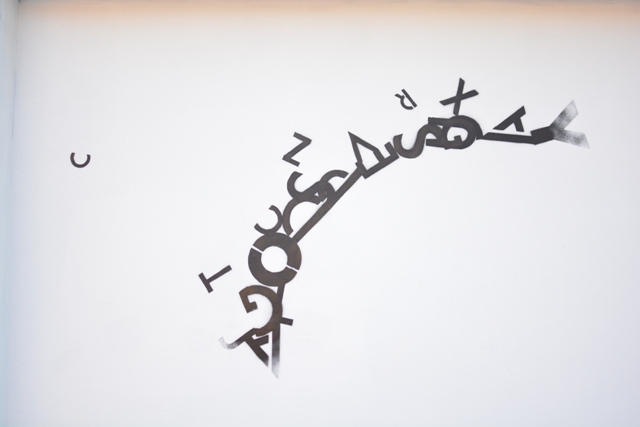 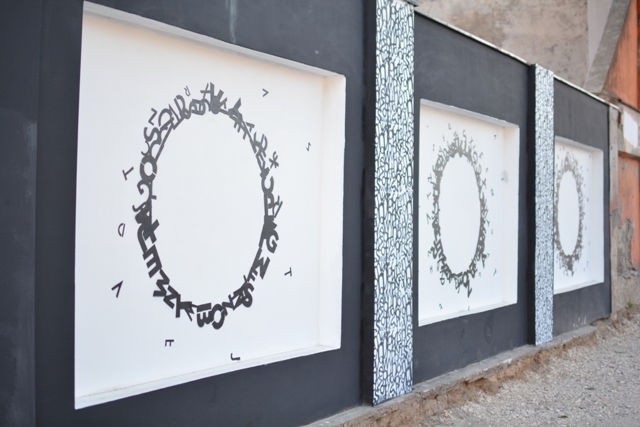 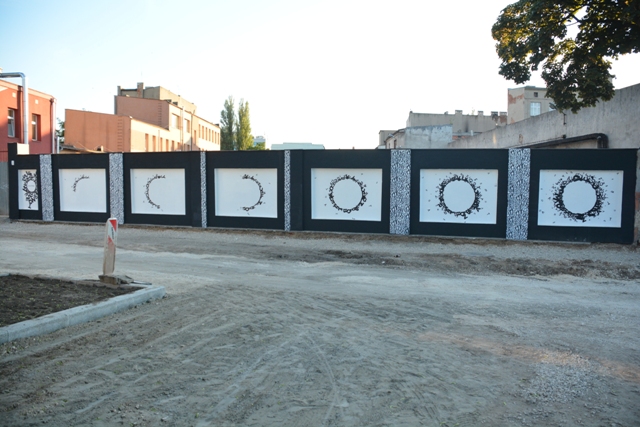 Opiemme, often called “poet of street art”, is one of the most interesting contemporary Italian urban artists balancing at the edge of image, text and collective performance. The artist’s highly symbolic works consisting of images, geometric patterns, letters, and calligrams refer to the visual poetry, concrete poetry, and aesthetics of futurism. Since 2015 Opiemme has been completing projects based on the idea of audience’s participation in the creation of the works. One of them was realized in Lodz during the Festival „Energy of the City 2016”.