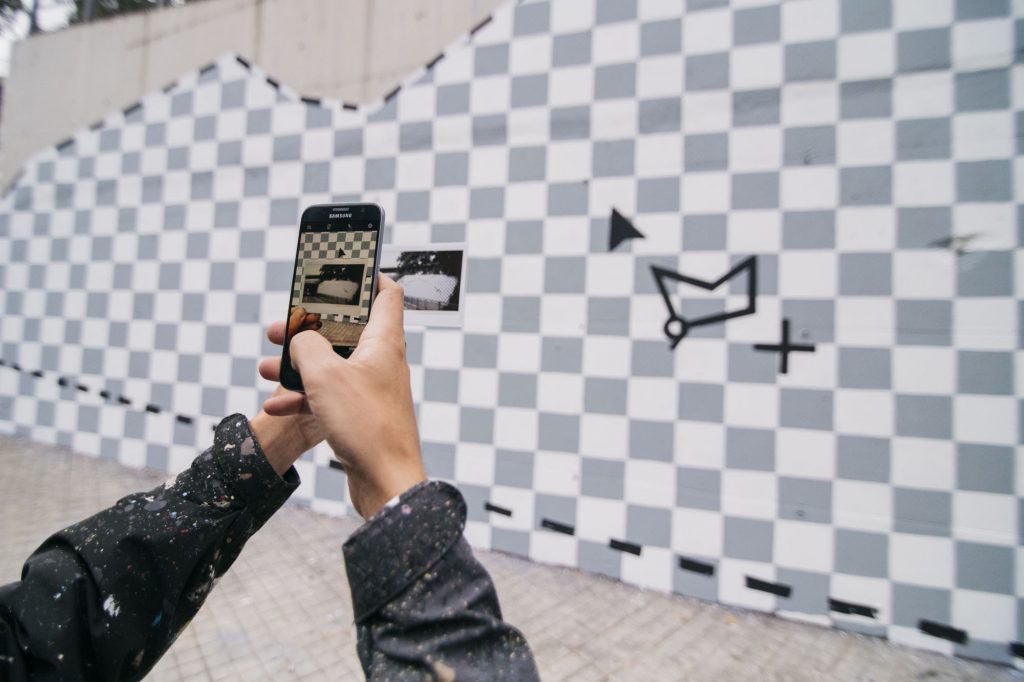 Nacho Nevado, also known as Ampparito, an artist from Madrid, has spent some weeks in Hospitalet de Llobregat thanks to a creative residence with Contorno Urbano. Thanks to that, there’s now an artwork of the Photoshop’s canvas. At first sight, it may look as a totally random representation, but it’s not a casualty. He consciously decided to paint the typical squares of this photo editor. The place where the wall is located is never crowded, people don’t stand neither to look nor to think. In this exact place, a train called Carrilet passed by years ago.

This place is the object of love-hate feelings; there are lots of neighbors who want it to disappear. Ampparito, talking and listening to them, decided to eliminate it, erase it, select and press the Delete key. In this way, he has expressed a collective problem through a digital tool very used by design, illustration and photography students he has met through this period. This is, indeed, a fresh, honest and evocative artwork. 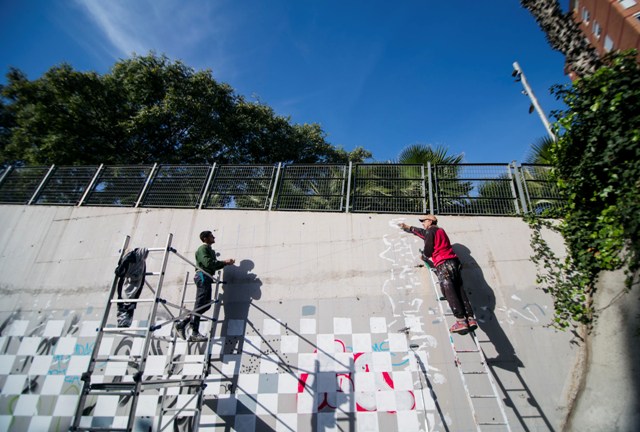 During the first days of the residence, Ampparito met with neighbors and associations. They told them about the neighborhood’s problem and about the city’s history, so he was able to know better the people and their concerns. Some of them weren’t very alike, but there was one nearly everyone shared: the difficulty of communicating two sides of the city, separated by the road.

The cement wall where this particular Photoshop canvas is located, is the current train track. In the perpendicular way, there’s a two-way road where years ago used to by the Carrilet train. Even though this train doesn’t exist anymore, neighbors still have problems to arrive to the other side. That’s why lots of them ask this barrier to be removed, putting it underground. 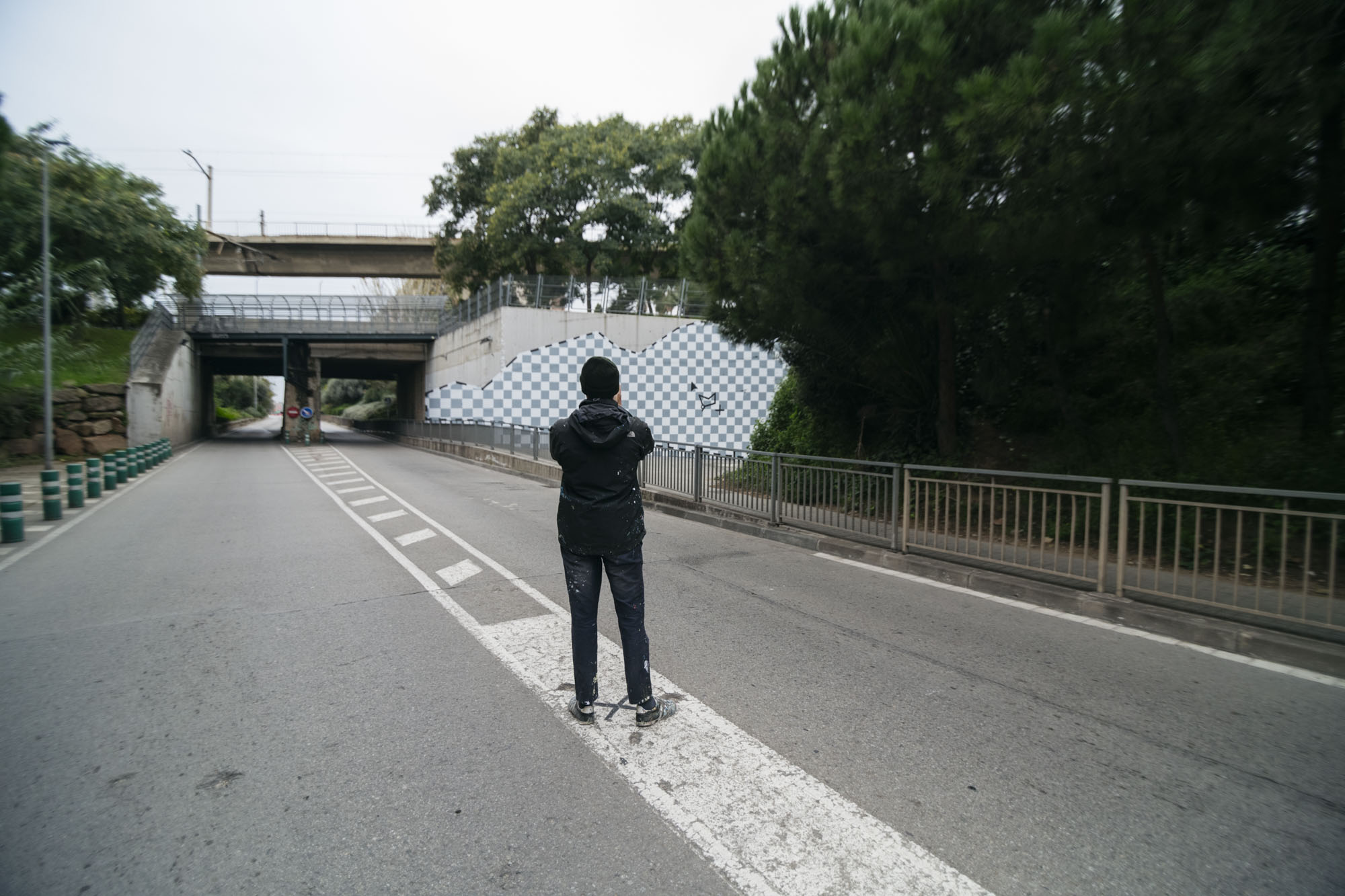 Ampparito spent five days of an artistic workshop with design, illustration and photography students, playing with framings and and canva’s forms, until he found out what the key of all this story was. These neighborhood’s youths use everyday Photoshop to edit, select, point and make disappear stuff. The artist didn’t want to sweeten the space because he doesn’t consider a wall can save such a collective problem, so he decided to create a visual metaphor of the situation: painting a part of Photoshop’s canvas, as if something had gone missing, as if the wall wasn’t there anymore. 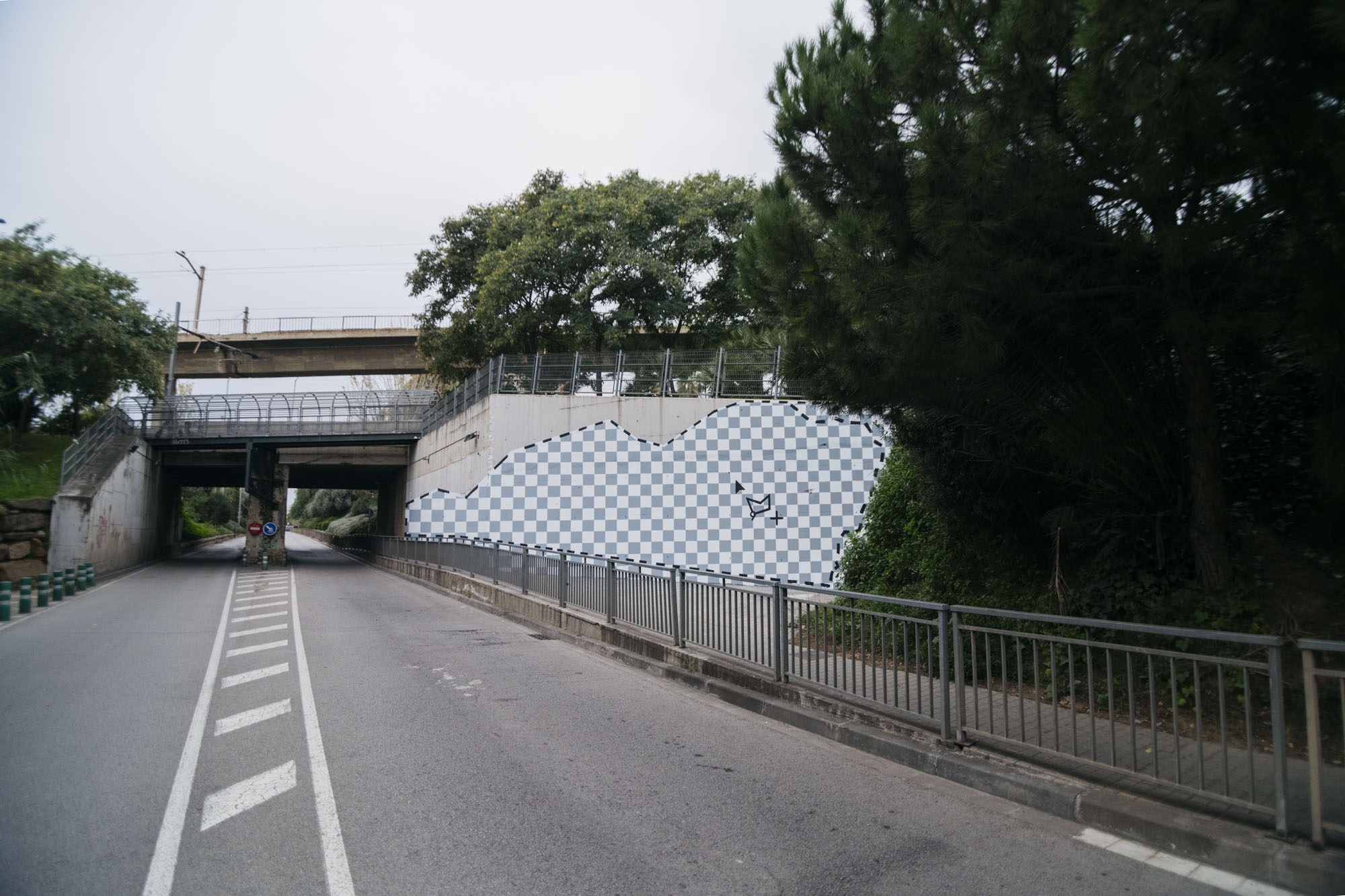 He therefore created an anamorfosi which could be used as bait, making something else than an artwork and transforming people’s behavior. If we want it to make sense, we just need to jump the fence, stand by the middle of the road, between both lanes, and look. Actually, the wall is still there, but it’s painted and it tells a story graphically: the story of a wall people want to be erased by clicking and pressing Delete. 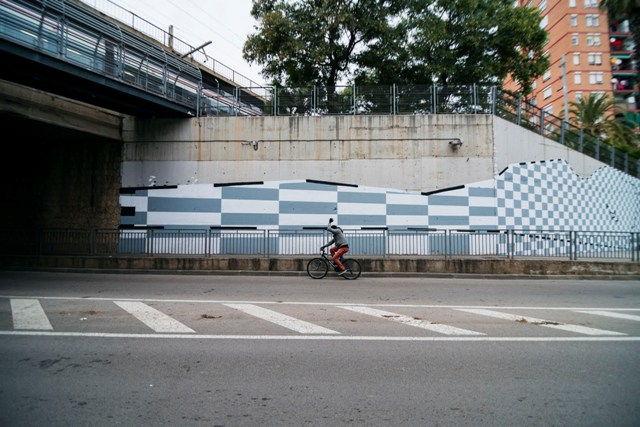