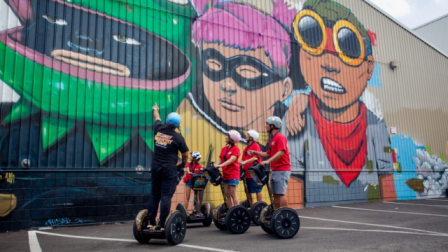 When it comes to street art, spectators and art enthusiasts tend to bring a lot of assumptions to the table.

With the rise of street art tourism, many art connoisseurs visit the same well-known locations to view some of the most famous murals in the world.

However, many artists and street art purists can’t help but think that the commercialization of the medium largely misses the point. It’s easy to forget that part of the history surrounding the birth of street art embodied a subversive and rebellious culture, often railing against artistic and societal norms. Most true street art aficionados will tell you that if you want to see art that truly represents the history and culture behind street art, fans must often take the road less traveled.

Luckily, there are cities throughout the US and the world that are constantly overlooked, while still reprising some of the most beautiful artistic creations and murals in the genre. Let’s explore five of the most underrated cities for street art to give you an idea of what many art fans miss when they embark on the typical commercial street art tourism trip. Richmond might strike you as the last place you’d expect to house some of the most beautiful murals in the US. However, since the city has initiated the Richmond Mural Program, it has given rise to some of the most breathtaking pieces of street art in the country. In fact, it’s home to well over 100 murals to date.

The RVA Street Art Festival is a terrific opportunity for street art fans to get a full and authentic picture of Richmond street art community and its best pieces. The festival is organized through a coalition of homegrown support that paints a truly genuine picture of the artistic enterprises taking place in the city. It also uses proceeds to donate to art charities and to do outreach to underserved communities in order to support and encourage art. 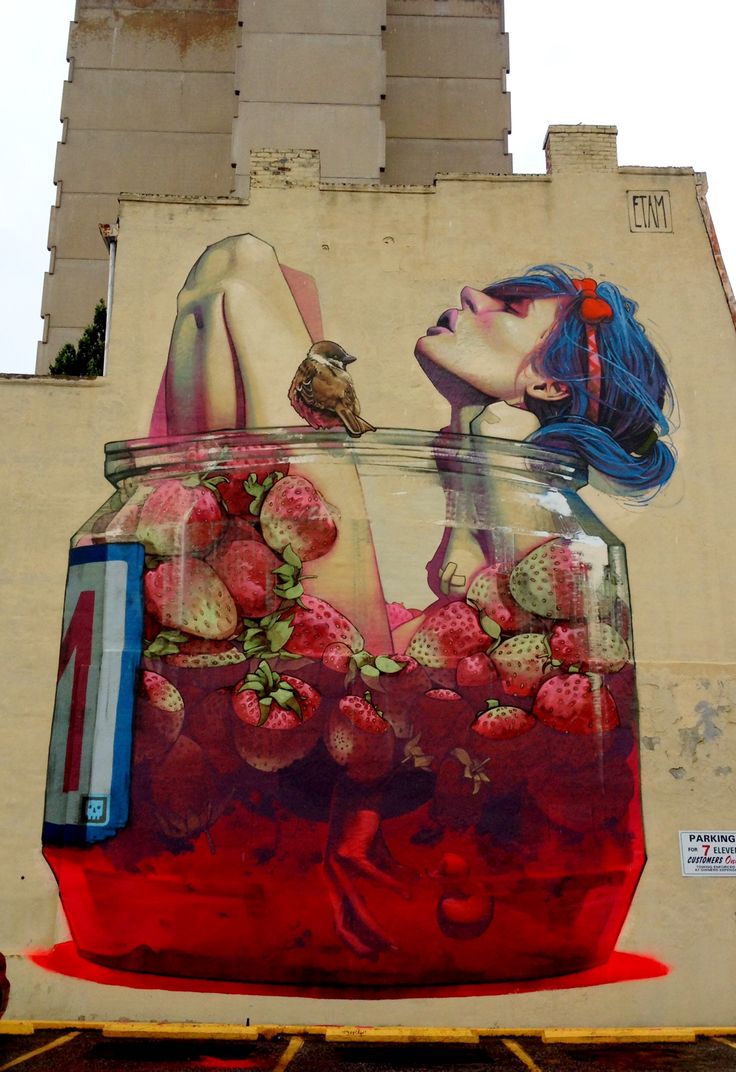 Highlights include “Moonshine” by Etam Cru, hailed by Buzzfeed as one of the best pieces of street art in the world. Other notable artists in the Richmond street art scene include Ron English, Angry Woebots, and Stormie Mills.

The art scene in Richmond is so up-and-coming that many of its artistic attractions were even recommended as must-see destinations by the New York Times.

Richmond isn’t likely to make the list of stops for art tourists focused on well-known street art destinations. But for those willing to open their mind and to artistic communities off the beaten path, and support the arts in underserved communities, Richmond is a great place to visit. Don’t worry, the murals are sure not to disappoint either.

When you think of Orlando, you’re unlikely to associate it with stunning street art. This is perhaps because some of Orlando’s artistic draws are eclipsed by the popularity of its more commercial attractions, ranging from Disneyworld to the Wizarding World of Harry Potter.

However, if you’re looking to explore some of the more overlooked and underrated parts of Orlando, make sure not to miss some of the most impressive street art in the US. Even for Disneyworld goers, checking out Orlando’s street art scene could be a great way to explore the city in a more authentic and intimate way.

Orlando is home to many world-famous murals, including many murals that are dedicated to the Pulse nightclub shooting. Such pieces reinforce street art’s cathartic and expressionistic properties, and its ability to uniquely commemorate the tragedy. Andrew Spear’s mural is among the most notable, featuring 49 rainbow doves that represent the 49 victims of the shooting.

Much like Orlando, many of the touristic draws of Vegas are overshadowed by its impressive offering of casinos and entertainment. However, what many casino-goers might not realize is that it is also home to some beautiful street art. One area of Vegas that is particularly loaded with street art and murals in the 7th street Downtown area.

Indeed, the arts district in Vegas was included in the Washington Post’s official guide to the area. 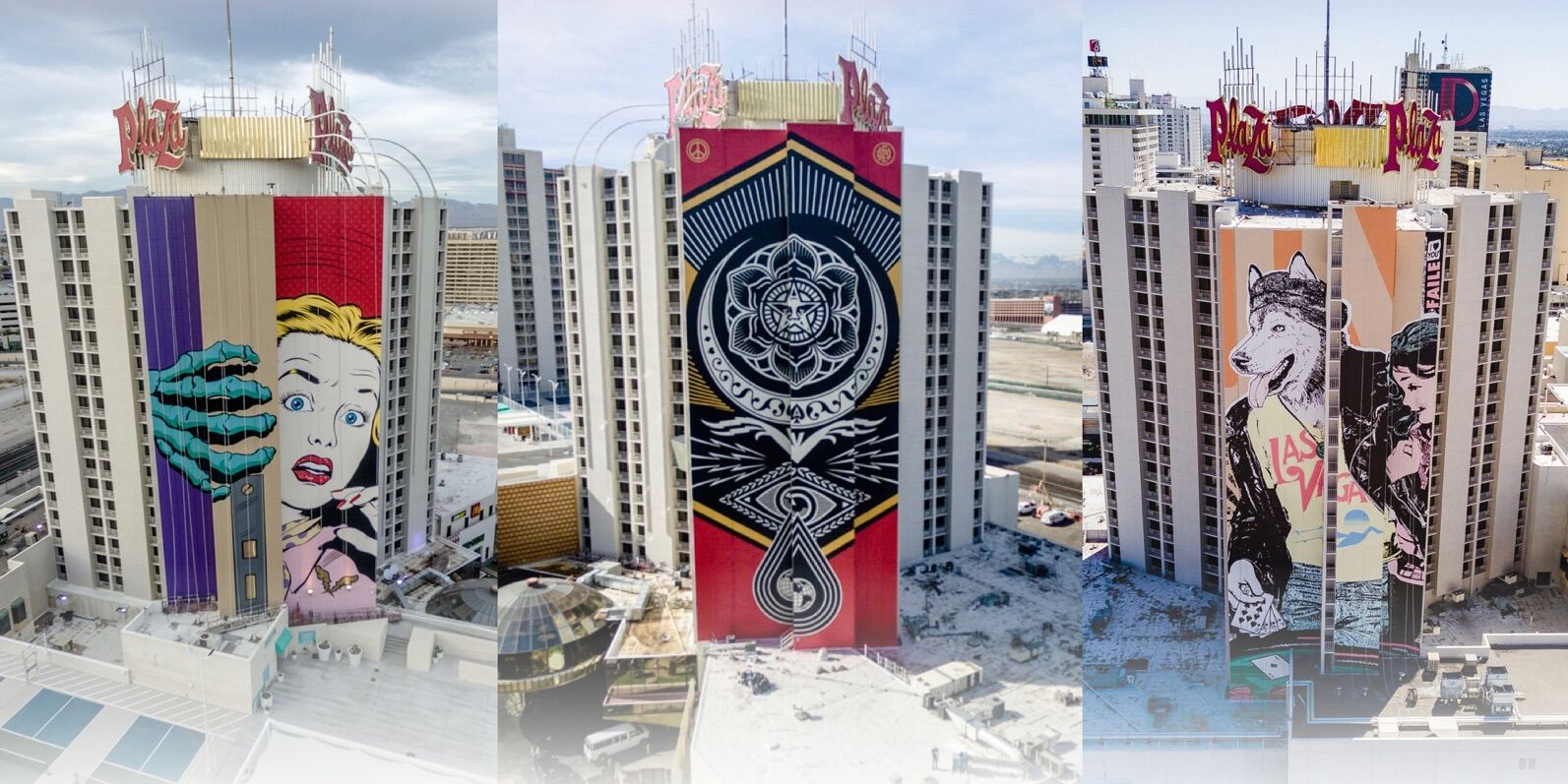 Among some of the most impressive pieces are “Skeletal” by D*Face, Filipe Pantone’s 3D mural, Dulk’s 2016 Life is Beautiful Mural, Lakwena’s “Ever After,” and many more. Many of these pieces feature artistic themes and motifs including automation, industrialization and cultural oppression. Many of Vega’s most famous street art pieces also bring minority communities to the forefront, offering a visual commentary on Mexican and Puerto Rican culture in particular.

Some other famous pieces in Vegas feature more social and political commentaries on gambling’s pivotal role in the community. Taking a look at many of these pieces can offer art tourists a glimpse into how local communities perceive and interact with the prominence of the gambling industry. Taking time to appreciate the stories that those pieces are telling gives spectators the chance to look at the city with fresh eyes.

The number of tourists that have made the trip to Hawaii solely for its street art scene is almost certainly near zero. It’s no secret, Honolulu has a lot to offer. Tourists flood from around the world to visit its pristine beaches, hike into its almost untouched ridges and valleys, and maybe even try surfing.

However, what many tourists miss their beautiful hotel room views is a taste of the local Hawaiian culture. It’s long been known that Hawaii embodies a unique “Aloha spirit,” as well as an air of relaxation and serenity. But, few tourists take the time to truly explore this cultural artifact and why it’s come to be.

The story of Hawaii is an interesting one and is largely told visually through its beautiful street art. This only makes sense, considering that the Hawaiian language was originally a purely oral and visual tradition, only taking a written form when missionaries came to the island.

Exploring Hawaii’s street art is a fantastic way to get a glimpse into the story of its culture and tradition. Many murals and impressive art installations have gone up in recent years for this purpose, particularly in one of Honolulu’s most up-and-coming areas called Kaka’ako. Whether you stop in for one of the yearly street art fairs in the region, or simply wander the streets, you’re sure to find street art offering a unique style, influenced by the artistic aesthetics of Native Hawaiian art.

The future of the Hawaiian art scene seems bright. One of Hawaii’s most famous street art festivals was recently featured by the LA Times. 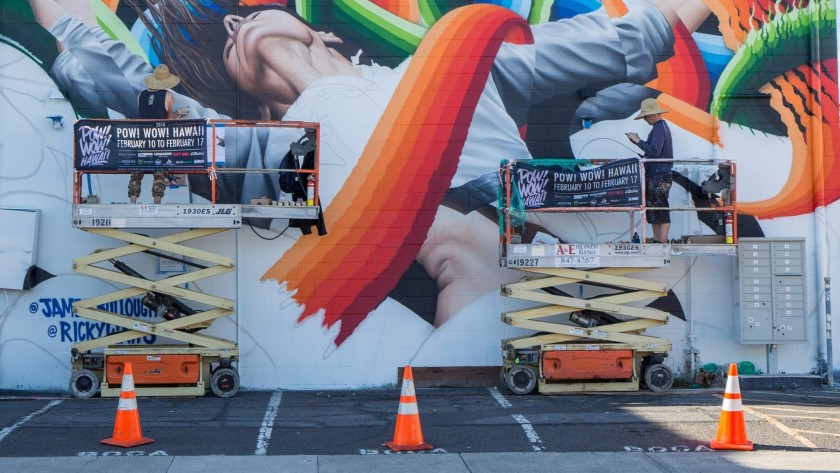 Oklahoma City makes our list for its many stunning and underrated murals. Many of them are scattered along the outskirts of Downtown, along Western Avenue. Many of the murals incorporate a funky, lo-fi style that is quite unique. They offer an artistic temperament that is rare to come across, particularly in American street art.

Some of the murals that most exemplify this style include “Steven Adams,” by John Hoete, “Einstein,” by Jeks, the Paramount Mural by Graham Hoete, and Atlas Shrugged by Chris Presley. For any art tourist looking for a destination off the beaten track, Oklahoma City is well worth a look.

Be sure to keep supporting the arts and exploring more great destinations and street art content. The world of street art is constantly changing, so it’s key to keep up with all of its latest trends. That rounds off our list of the five most underrated cities for street art. The only thing left to do now is to book your flight and go forward to explore them.