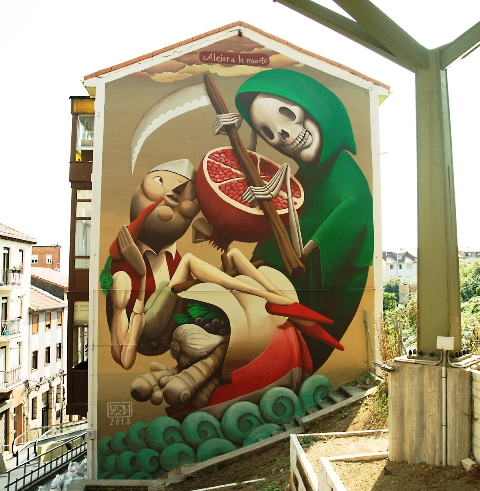 When it comes to big fantastic murals look no further than Zed1‘s creations. His latest majestic creation is a challenge to our minds, recently made in the city of Santander in Spain, he created this wall telling his story about death. “You can’t escape Death” …right? –  Well here is his answer and interpretation in his own words:
That’s what we’ve been hearing since we were little from grannies, books and movies, but Zed1’s last mural in Santander tells us a different stories. As we all know, leading a balanced life and taking care of our bodies keep us healthy and young, separating us as much as possible from the frightening meet up we’ll all have to face with the Grim Reaper, sooner or later. This is the message Zed1 has wanted to send with his mural named ‘Alejar a la muerte’, which means “stay out of
death”. 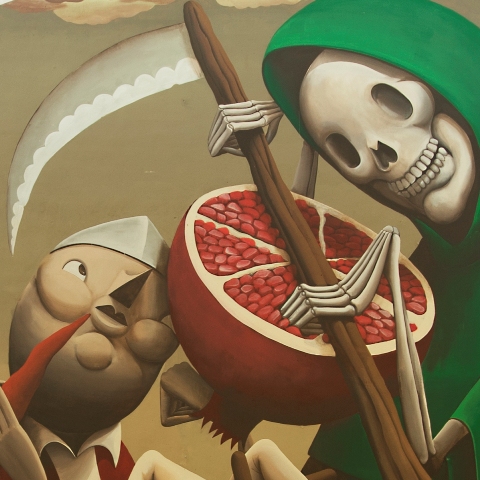 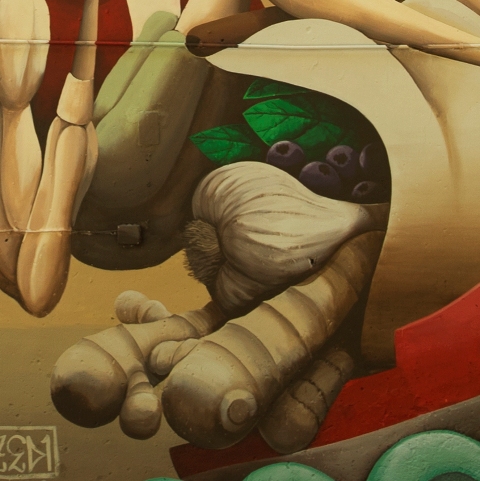 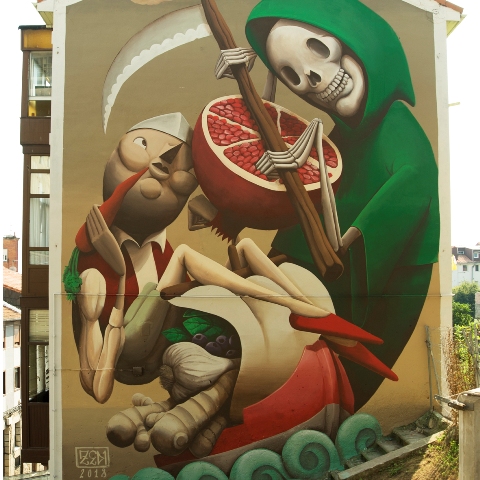 He’s painted a courageous knight who cuts through the sea, bringing all sorts of fruit and veggies with him: some spinach, blueberries, ginger and garlic. He fearlessly moves forward, facing Death with a carrot sword and a pomegranate shield. These specific ingredients are well-known to keep our bodies strong and healthy. The ispiration for this mural came to the artist months ago, when he decided to pay more attention to his eating habits, even though it hasn’t lasted for long. In
more than one occasion, the sketch of the artwork has been declined because of the Death’s presence, considered to be excessively gloomy to be on a city wall. Many people thought it would have scared children off and made the elderly furious about it.

Thankfully, the city Santander hasn’t thought so, even after a few doubts about it from the managers of the Desvelarte Festival. At the end, everything went smoothly, and the mural has gifted the city with a great artwork that has conquered everyone’s heart, fostering costructive discussions between the bystanders.