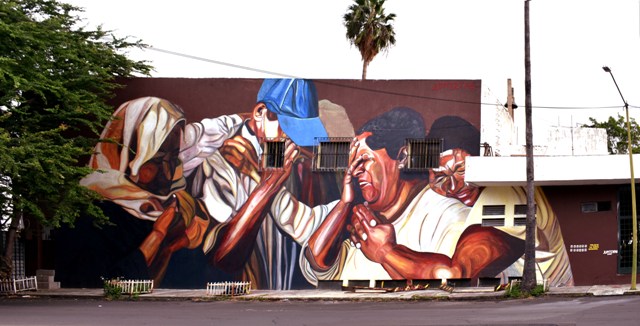 The latest project by artist Jupitefab was to complete a painting of all the concrete walls of a church in San Luis Gonzaga which is part of the architectonic heritage of the city and had suffered vandalism activities in recent years; therefore rehabilitating it.

The work is covering 600 mq in total taking about the 3 main concepts: sufferance, co-operation and resilience

The objective of Jupiterfab in Your Roots, Refugees chapter, was to make visible the situation of vulnerability experienced by migrants in US with refugee status or in the process of receiving it. For this, he devoted himself to the creation of a monumental mural, in the temple of San Luis Gonzaga, on its façade adjacent to Alemania avenue. The work is the third in a series of three painted on the same building and, like the two previous murals, it is conceptualized based on the documentation of the migration problem, through the recording of audio interviews with its actors. The artist is working together with the El Refugio and FM4 shelters, where he volunteered and met migrants; Being a migrant himself, he was able to empathize with them and they told him their stories, the reasons that led them to their current situation, their motivations and their dreams. Twelve of them gave their authorization for their stories to be broadcast on the Tus Raíces networks and for the production of short clips (https://www.tusraices.net/entrevistas-refugiados ) that will be accessible through QR codes that will be inserted in the mural work. From these stories, the artist compiled the significant elements necessary for the creation of the mural. 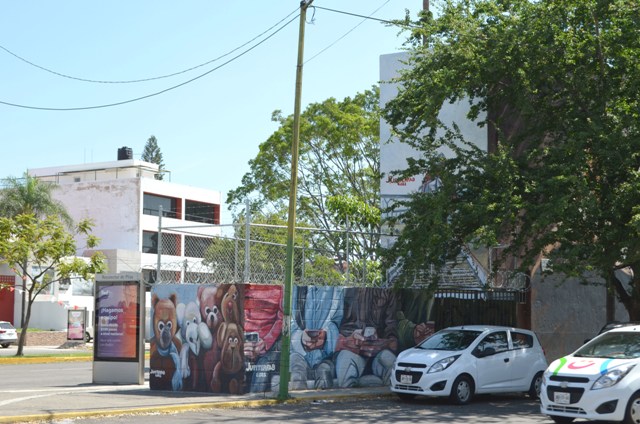 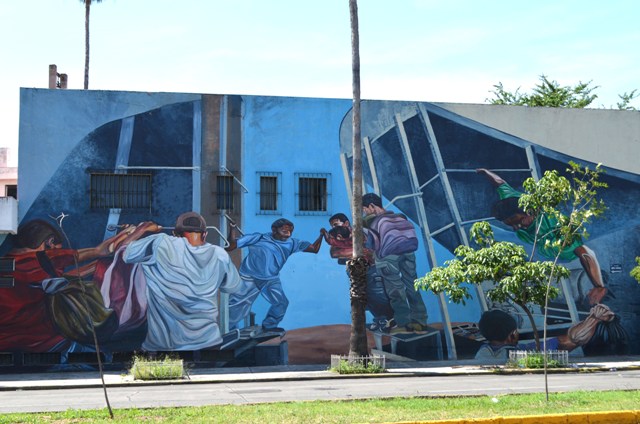 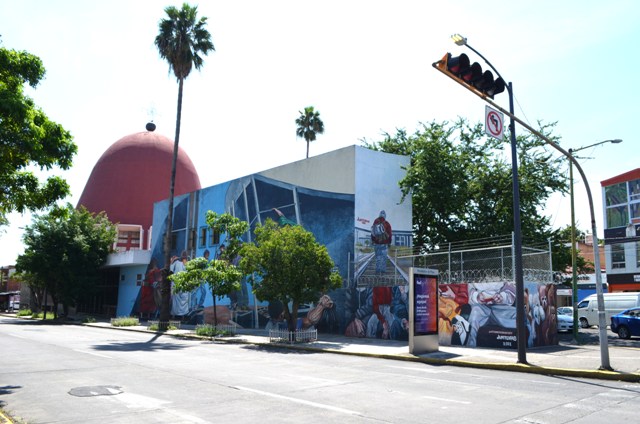 The choice of the building is not accidental. It was due to the fact that, at the initiative of the parish priest, it served, informally, as a transit shelter for about thirty migrants who were allowed to spend the night. However, due to pressure from neighbors and church authorities, the minister eventually had to evict them. From the beginning of the project, when the walls of Niños Héroes and Colonias Street were painted, Jupiterfab was linked to this story and developed the project based on it. In the iconography of the murals you can see scenes that aim to raise awareness in the community about migration, aid and the need to put aside fear of the other to achieve more humane societies. 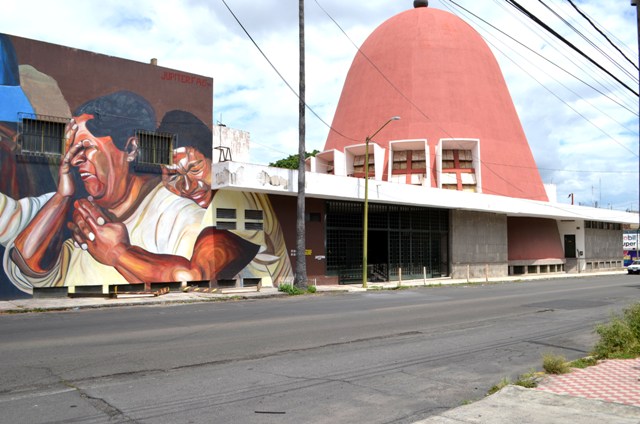 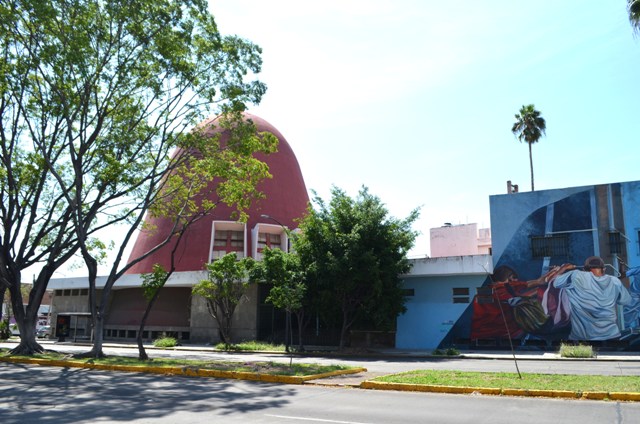 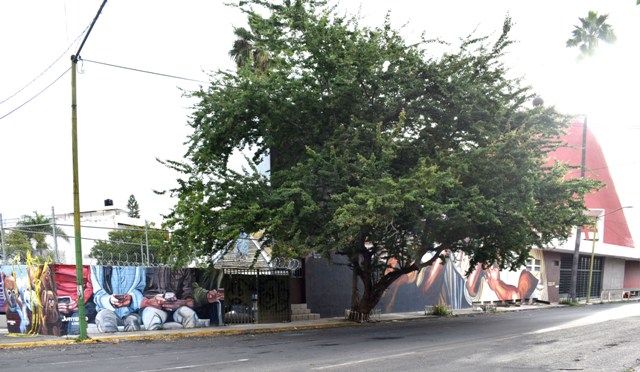 According to the Guadalajara Architectural Guide, the San Luis Gonzaga temple belongs to the modern movement of the city and the apparent concrete paraboloid that serves as a monumental dome and main nave, constitutes it a landmark of the colony and is the element characteristic of this work. Before Jupiterfab’s intervention, the walls adjacent to Niños Héroes and Colonias were deteriorated and invaded with graffiti tags . The facades of Niños Héroes avenue and Colonias street, where the artist painted the murals, have been respected and their deterioration stopped.

The mural was painted in August 2022 and measures 9.5 meters high by 27 meters wide.

Some of the migrants involved in the project were invited to participate in the creation of the mural; in order to generate visibility in the community and a possible reapprochement. 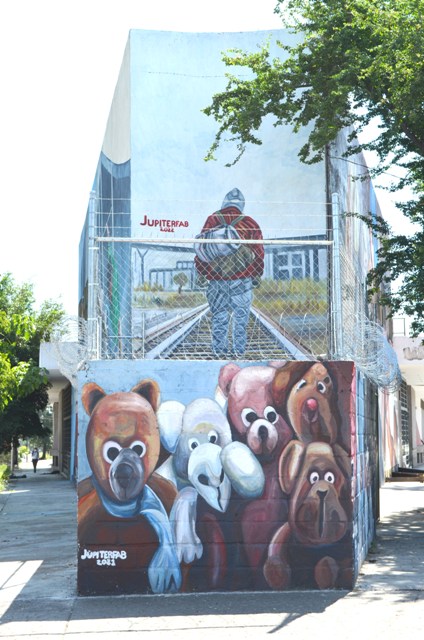