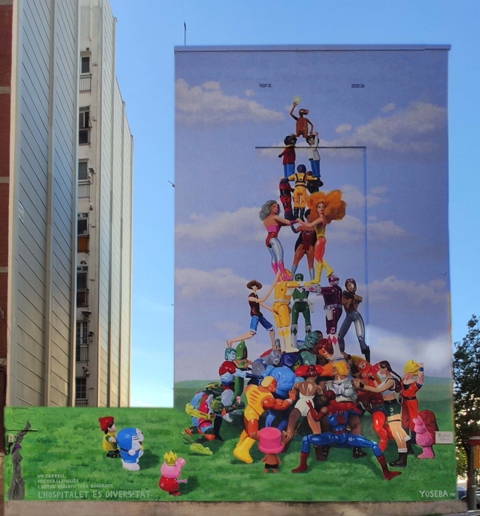 The artist Yoseba MP has performed a large artistic mural on the Plaza de Guernica in l’Hospitalet de Llobregat (Barcelona). The project is part of one of the actions that the City Council of L’Hospitalet has undertaken during the recent years to establish an artistic circuit in the public space of their city. This was the first intervention of the Galician artist in the city, who for two weeks has been portraying his work “Un castell, moltes llengües i 12km²” on the facade of the building number 8 in that square. This project has been produced by the cultural entity Rebobinart.

Yoseba MP combines studio work and urban murals with a realist style through which he’s able to portray everyday scenes that reflect a very human part of society from a humorous perspective. For this intervention at the Plaza de Guernica, the artist has shaped a tower of “castellers”, an emblematic element of Catalan culture, composed by different cartoon and comic characters.

Through a humorous look, the characters in the mural depict the cultural diversity of L’Hospitalet, focusing on the idea of ​​community, social cohesion, collaboration and coexistence. We can recognize some comic figures such as Power Ranger, Lara Croft or Son Goku. On the left side of the mural, Yoseba MP painted a realist representation of “L’Acollidora”, an sculpture by the Arranz-Bravo artist, that is installed on the Rambla de Just Oliveras, which represents the open and integrating spirit of L’Hospitalet. 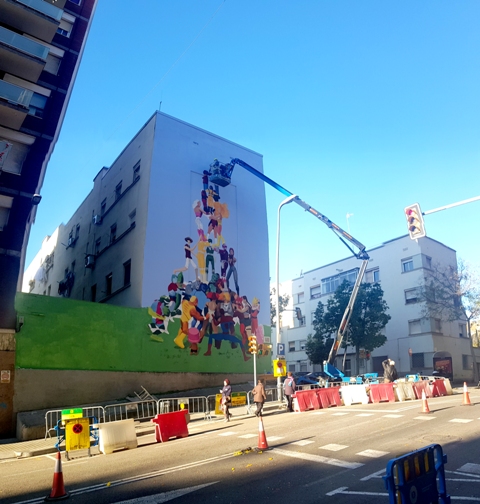 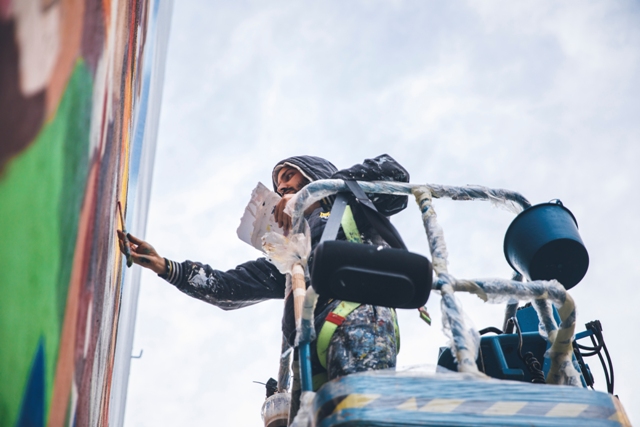 The City Council of L’Hospitalet has opted for urban art with a social and professional vision, stimulating the artistic and cultural tissue of the city. Thus, this mural has become part of a rich and heterogeneous composition of street art interventions. 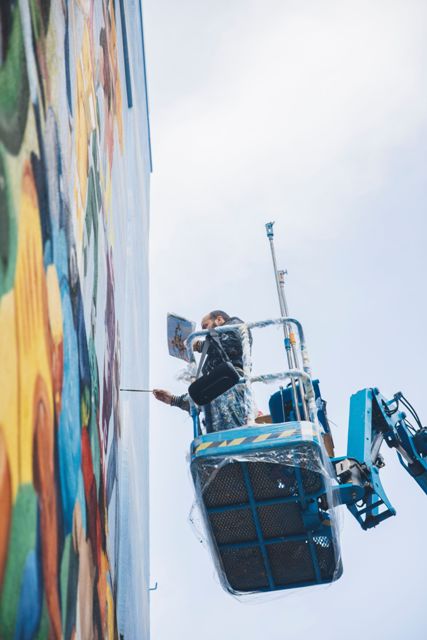 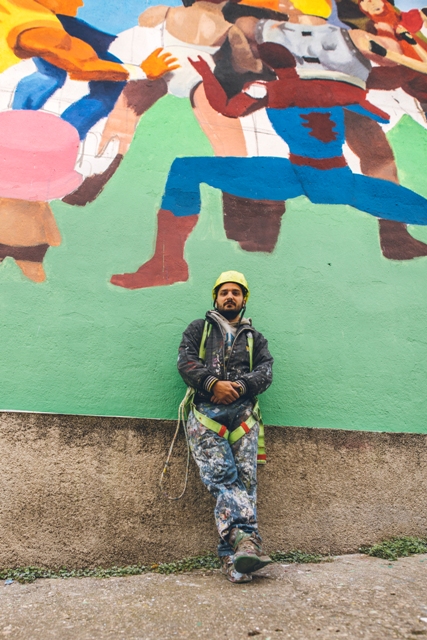 The cultural entity Rebobinart was founded in 2012 with a clear social philosophy that puts urban art at the service of the social and cultural revitalisation of public space. The entity promotes a vision of professional urban art at the service of society through the creation of projects that are rooted with the territory and which generate a better sense of belonging to the neighborhood, providing citizens a culture of participation and critical thinking.