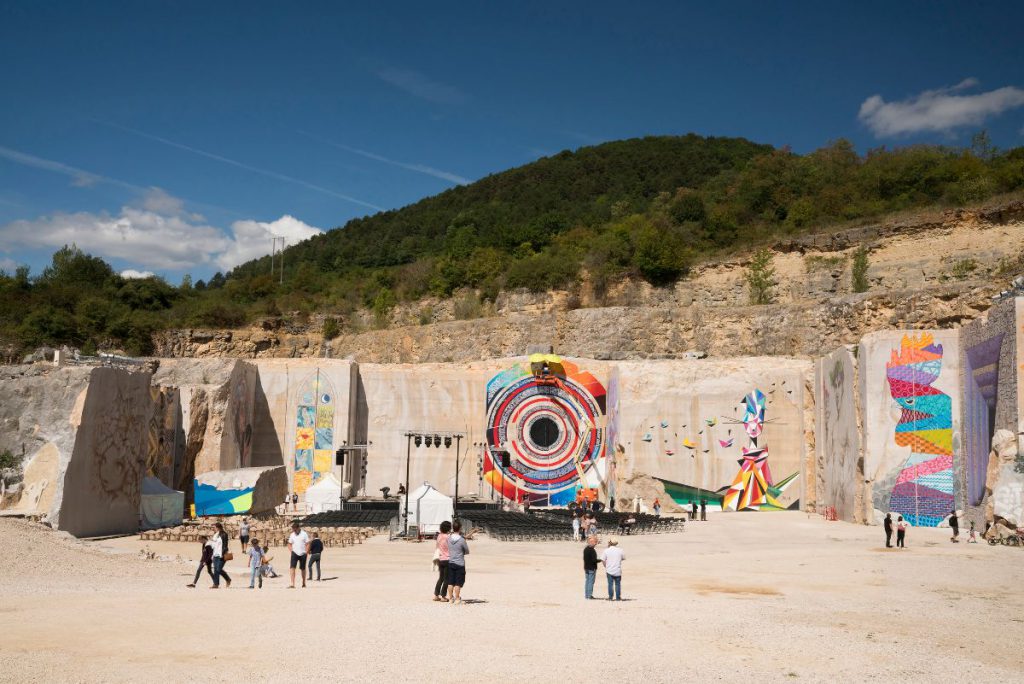 Said Dokins visited the distant town of 108 inhabitants, called Villars Fontaine, located in the South of France nearby Dijon and Nuit Saint George. see what happened!

There is La Karriere, an Interdisciplinary Cultural Centre that fosters several local activities related with the wine culture of the region, that is expanding its horizons to new contemporary art practices, like Street Art, Performance, Sculpture, and Site-Specific Installation, where Street Art on the Roc Festival takes place annually.

Said Dokins , Identity and Difference. Stories of a Word in Villars Fontaine, 2018. Street Art on the Roc, La Karriere, France. 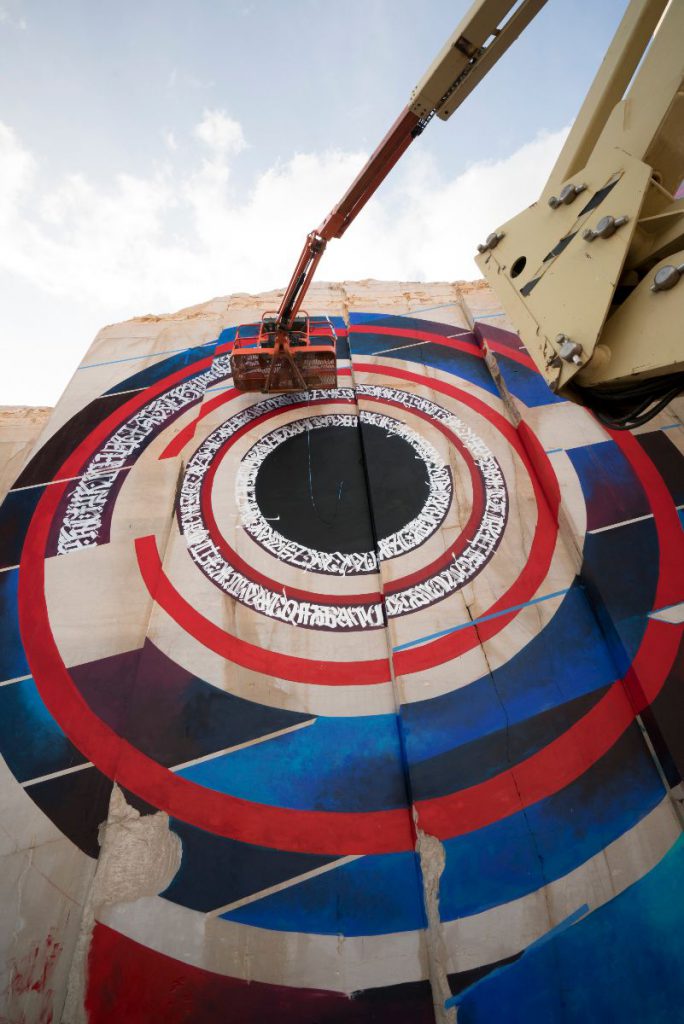 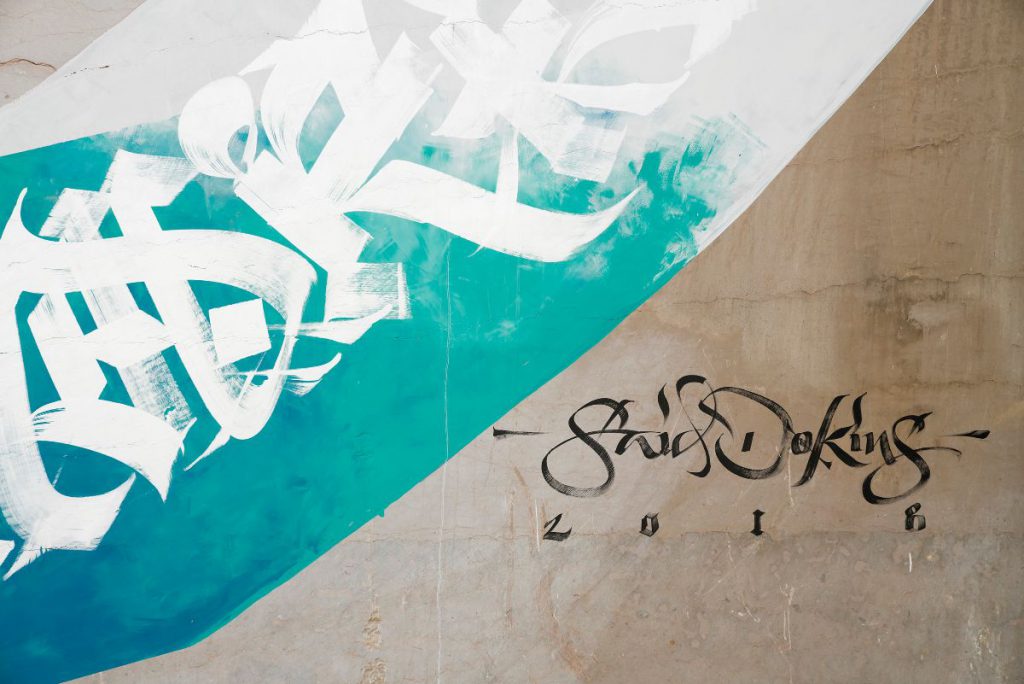 Dokins participated with his project “Stories of a Word”, with the support of Mexican Government through the National Fund for Culture and Arts (FONCA), in which he involved people from the community and visitors to look into the notions of identity and difference. The artist invited the participants to provide a word referring to their experience in that remote region. One of the words that caught his attention was Khobz, the name of one of the artists who participated in a former edition of the festival and passed away recently, having left a deep mark in La Karriere.
“The idea of creating collective stories in my murals began in Valencia in 2014. It is about creating different levels of interpretation in each intervention, starting with a close relation with the direct participants who have a first-hand knowledge of the mural meaning. They themselves tell the story of the piece, creating a new interpretation towards their listeners and, at last, the interpretation of people who, without any knowledge of how it was done, experience the mural.”

Said Dokins , Identity and Difference. Stories of a Word in Villars Fontaine, 2018. Street Art on the Roc, La Karriere, France. 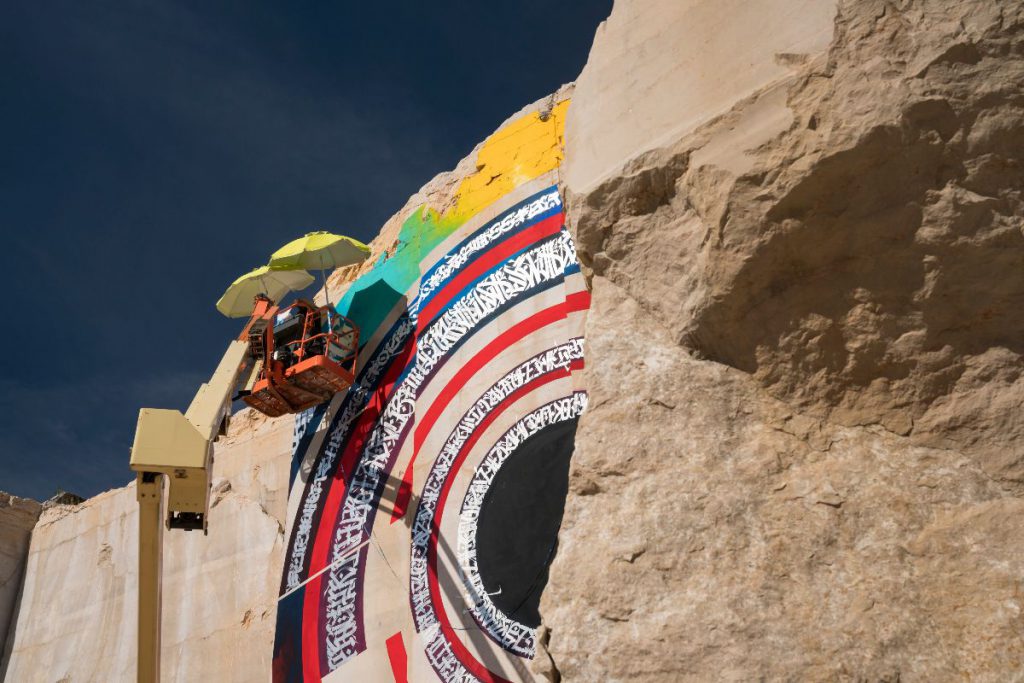 La Karriere is located inside a huge quarry of thousands of years old sedimented rock, with a very fine texture, that has been used as raw material for the construction of many buildings in the community and its surroundings and nowadays is considered Cultural Heritage.
Without a doubt, Street Art on the Roc Festival has become an international reference because of its location, the unique qualities of intervention on the plane stone, the diversity of its cultural activities and its vocation of showing Street Art to new audiences, avid to know and explore different artist strategies and narratives. Nevertheless, the main feature of this festival is the possibility of intervention of such an important heritage site through Street Art, provoking, maybe with no intention, a reflection about the relations between the traditional values of heritage conservation with the new types of cultural heritage. 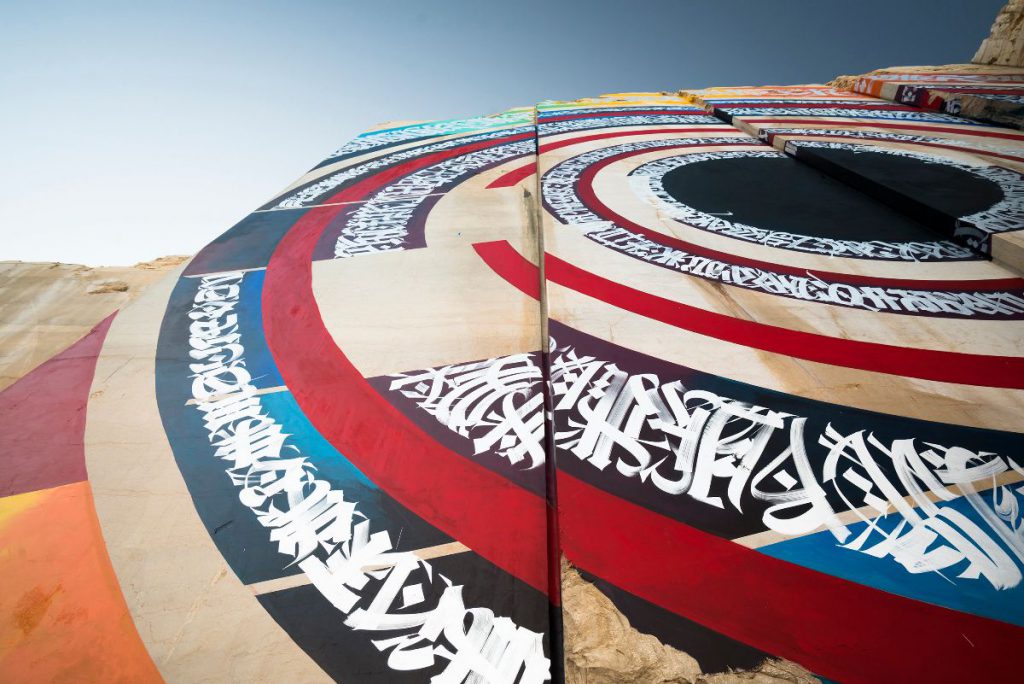