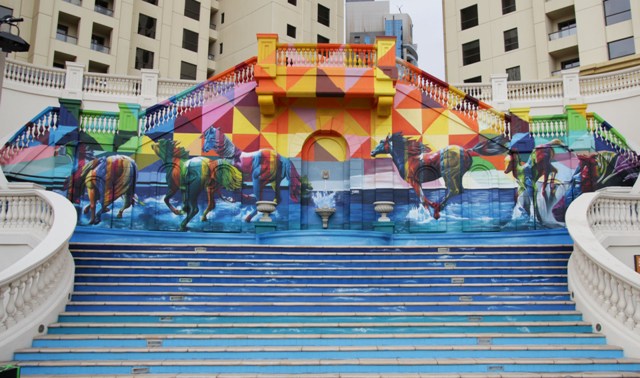 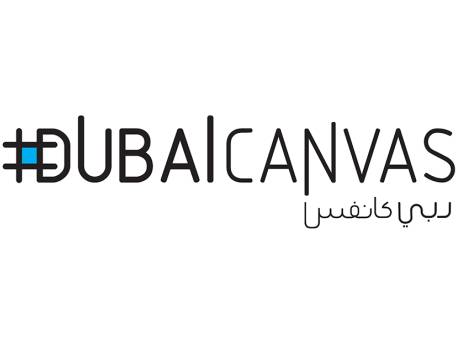 Dubai Canvas 2017 is organised by Brand Dubai, the creative arm of the Government of Dubai Media Office (GDMO), in partnership with Meraas, one of Dubai’s leading holding companies.

Project Manager of Dubai Canvas 2017 Ayesha bin Kalli said: “The artists that will showcase their work at the Dubai Canvas 3D Art Festival include some of the world’s most celebrated 3D street artists. These artists have played influential roles in the development of this nascent art form both in their own countries and globally. The Festival has been designed to create a high level of interaction between the artists and the public. The public will have invaluable opportunities to watch these masters at work when they start developing their 3D art pieces in the last week of February, ahead of the official start of the Festival.” 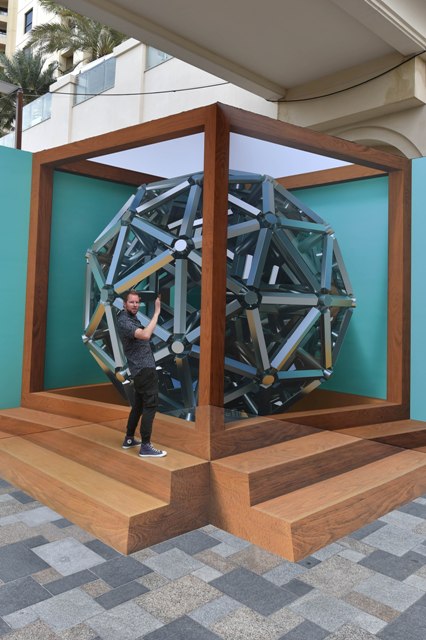 Returning to Dubai for another edition of Dubai Canvas is Leon Keer a world-leading 3D street artist. He has executed commissions in Europe, the United States, Mexico, UAE, Saudi Arabia, Russia, New Zealand, Australia and several Asian countries. His work features topical issues including current environmental concerns. The Dutch artist is constantly aware of the playfulness and beauty around him compared to the degradation, a contrast that he expresses and amplifies in his work. 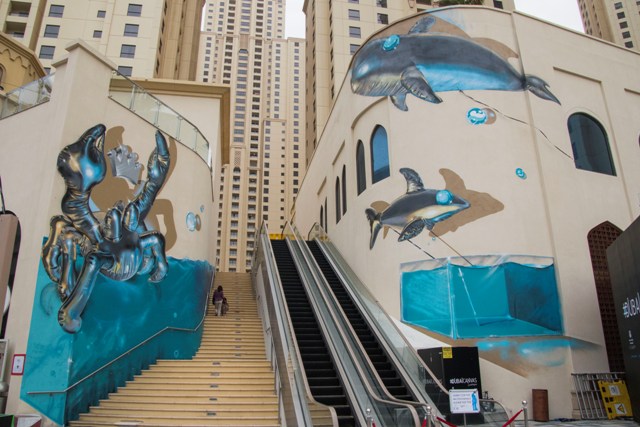 Another artist returning to Dubai for the Festival is Fanakapan, a leading street artist based in London. Fanakapan started painting on the streets in 2000 around Bournemouth and Bristol following his studies at art school. His works of graffiti feature realistic balloon animals and letters. Fanakapan’s works depict letters shaped as silver foil balloons, whose lighting and shine make them seem as if they are bouncing off the wall. Fanakapan has painted graffiti art in different locations around the world in his highly technical free hand style that he has mastered over the past few years. 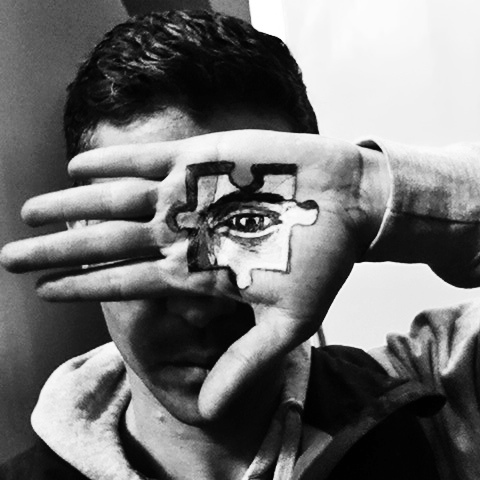 KAS, born and raised in Porto in Portugal, has worked in graffiti projects for several national and international companies. He has also participated in various street art events in Europe and international exhibitions across the world. His recent 3D works mix photorealism and puzzle patterns. He currently lives and works in Brussels, Belgium. KAS developed a passion for art at a young age. The self-made artist learned informally from some of the greatest graffiti artists in Portugal.

Japanese artist Tomoteru ‘Tomo’ Saito has won prestigious awards in street painting, most notably at the Grazie di Curtatone Madonnari Competition in Mantova, Italy where he was awarded the first place among ‘Maestri Madonnari’ in 2000 and 2001. He has participated in street painting festivals across Europe, US, Mexico, Hong Kong and Dubai. In 2016, he won the People’s Choice Award at the Street Painting Festival in Toulon, France; the first prize in the category of ‘Copyists’ at the Street Art Festival in Wilhelmshaven, Germany; and the first prize in the category of ‘Classical’ at Little Italy Madonnari Arts Festival in Baltimore, US. 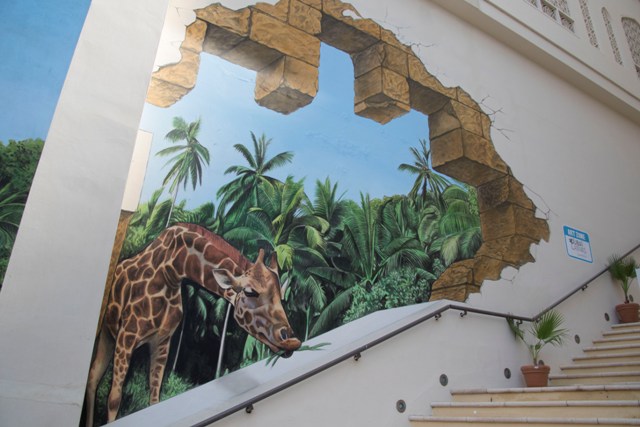 Mexican artist Juandrés Vera’s work has been exhibited in museums and galleries in cities such as Monterrey, Guanajuato and Durango in Mexico, Paris and New York. Juandrés Vera has obtained several awards from urban art projects such as both ephemeral and permanent murals in two-dimensional mode and anamorphic mode (3D) in countries such as United States, United Kingdom, Italy, Germany, Holland, Belgium, Thailand and UAE, among others. He currently resides in León, Mexico.

Brazilian artist Eduardo Kobra was born in São Paulo. At the invitation of the municipality of São Paulo, he made the first 3D pavement painting in Brazil. Cities where Kobra has displayed his artwork include Moscow, Lexington, Los Angeles, London, Athens, Lyon, New York. and Miami. Kobra has painted a mural on the facade of ‘Museo dell’Altro e Dell’Altrove’, which faces the historical Via Prenestina in Rome. In Sweden, he painted the ‘Alfred Nobel’ mural in the city of Boras; and Poland, at the invitation of Urban Forms Gallery, where he painted The ‘Rubinstein’ on a huge wall. Kobra and his team now hold the Guinness World Record for the largest spray paint mural by a team. The work, which was commissioned by Rio 2016 to decorate the Olympic Boulevard, measures 3,000 square meters. 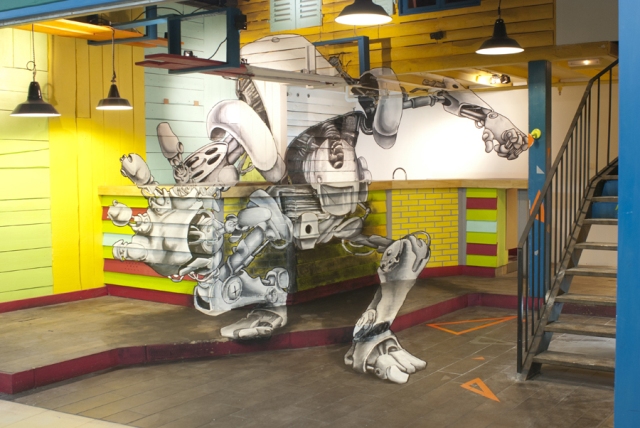 Laurent Hamelin, also known as Milouz, is a self-taught French artist, who is the founder of the famous TSFcrew. Painting since 1995, he started his career as a graffiti artist and quickly began painting big figurative walls with his group. For more than ten years, he has worked in partnership with the artist Papy. Together, they have painted enormous ‘trompe l’oeil’ pieces that opened doors to dreamlike universes. The quality and originality of his creations brought invitations from around the world to create anamorphic pieces, apart from the opportunity to work with famous brands.

The AED2.3 million Dubai Canvas 3D Art Award saw a total of 122 entries from 35 countries. Artists who submitted proposals for the Award represent almost 80% of the global community of 3D artists. The 25 artists shortlisted for the final round of the Award will display their creations at the Dubai Canvas 3D Art Festival to be held in March. The shortlisted artists will be creating their 3D art pieces from 22 – 28 February at City Walk, a week ahead of the start of the Festival. 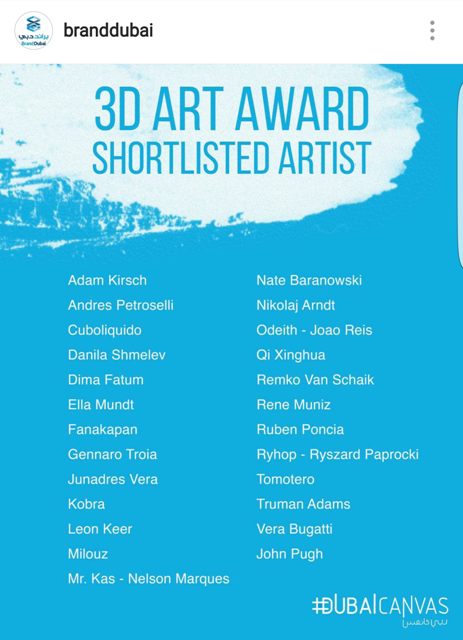 A jury comprising of renowned international and local artists will evaluate the 25 shortlisted artworks to select three winners for the Award. The winners will be honoured at a ceremony to be held at the Festival. There will also be a ‘People’s Choice’ award based on votes from the public.

Dubai Canvas 3D Art Festival 2017 aims to build on the success of last year’s Festival. The 2016 event, which featured the works of a wide array of artists from across the world, received an overwhelming response from both residents and visitors to Dubai.