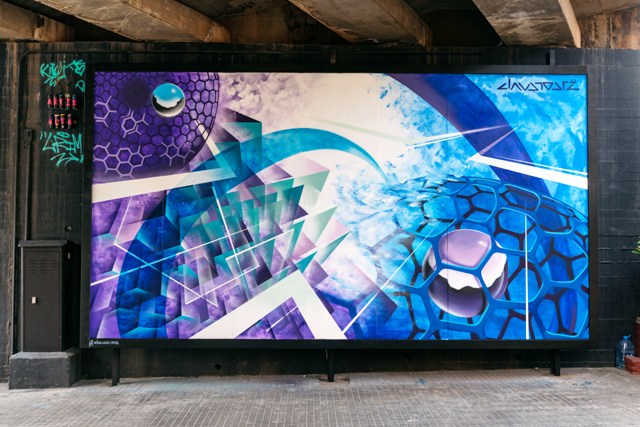 Visual artist resident in Barcelona, ​​Claudio Drë, began to instinctively develop his career in 1996 through technical drawing and graffiti.

After a few years, he transferred his work to canvas, experimenting and painting numerous oil, acrylic and aerosol paintings.He studies in areas related to the image, participated in multiple artistic projects such as murals, exhibitions and documentaries, throughout Chile, Latin America and some cities in Europe.

Drë’s work is composed in large format, claiming three-dimensionality in pursuit of the pictorial creation of the surrounding air. The idea is to create the mural from three glued threads, arranged as a vertex that will act as a guide for all the faces of the volumes to be painted. 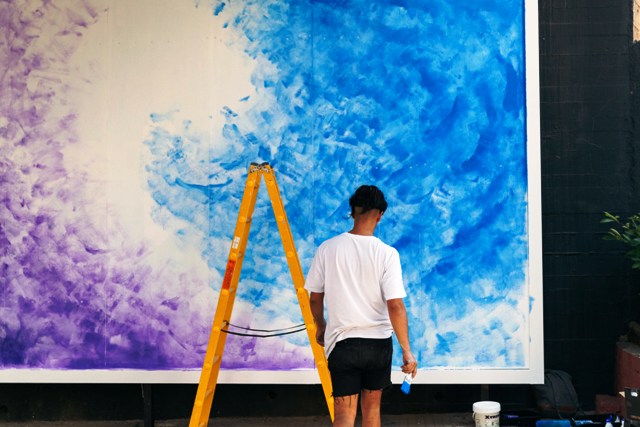 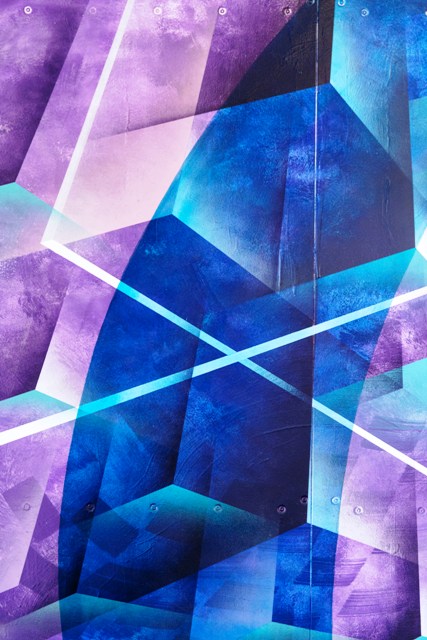 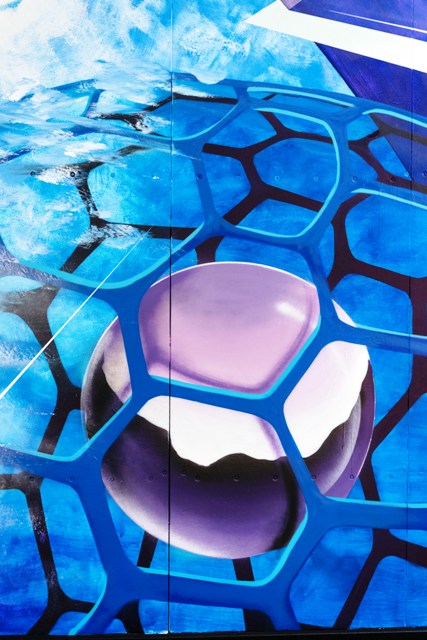 María López (minuskula) is a graphic artist specialized in lettering, illustration and muralism. Originally from Donostia-San Sebastián (Basque Country), she currently lives and works in Barcelona as a visual artist and art director. His work contemplates a wide variety of forms, from illustration and graphic design, to large-format murals. It is part of the artistic collective Reskate Arts & Crafts. 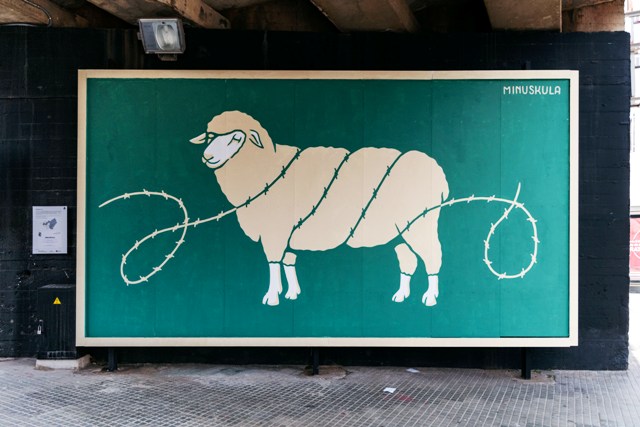 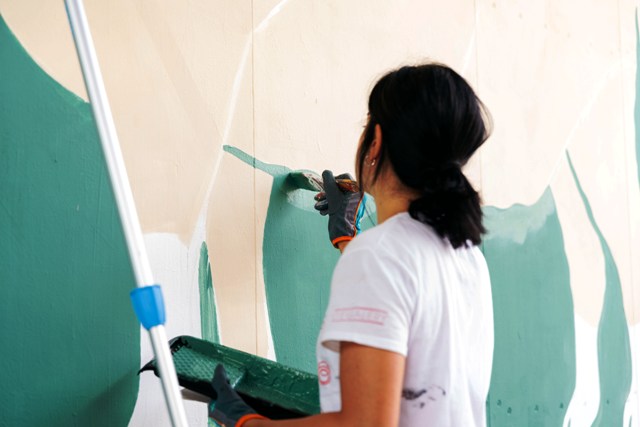 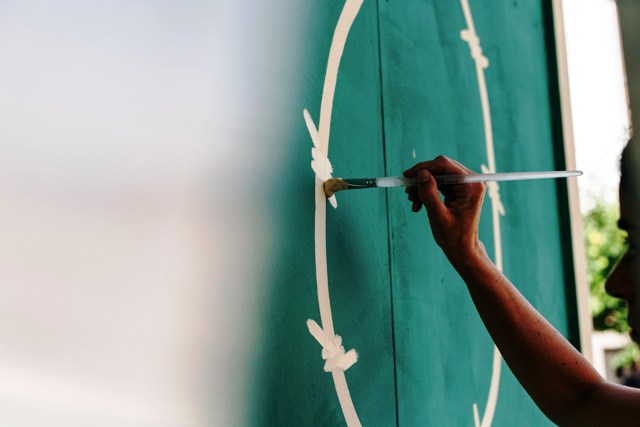 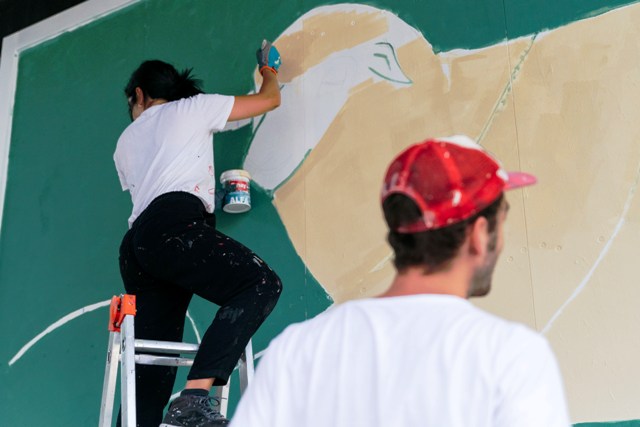 With this mural, “Limit”, the artist intends to show a vision about the approach to the limits. A possible outcome that turns the limit into a modifiable and painful element.