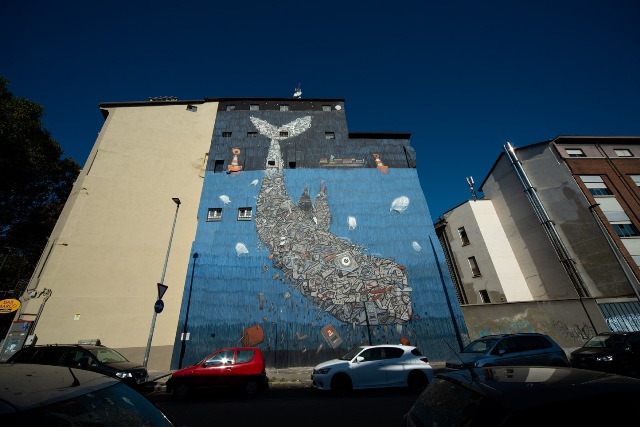 Turin, October 2018. 17 street artists are performing to reach 17 Global Goals before 2030. A breakthrough against the unsustainability of the current development model from an environmental but also economic and social point of view.

The association IlCerchio E Le Gocce has entrusted Mrfijodor with Goal No. 14 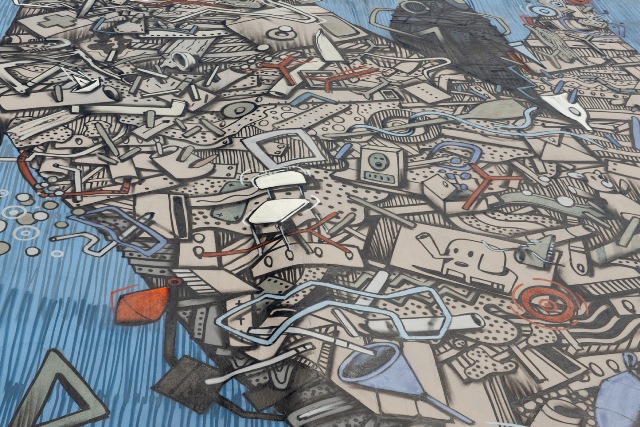 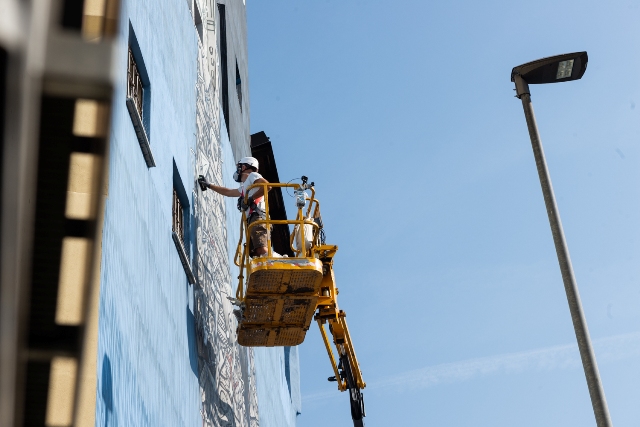 – Life below water – with focus on sea and its inhabitants. Goal No. 14 means first prevention and significant decrease of every kind of marine pollution. Out of 63 marine ecosystems examined by ONU, the 16% is at risk, or significantly at risk, of eutrophication of the coasts.

Hence the artist, born in imperia and from Turin by adoption, had the idea to wave, into an immediate and sharp narration, the Goal No. 14 with his personal biography. The call for a precise social responsibility and the evocation of his personal experience as a Ligurian loving the sea, just like that Maurizio Giulio Natta from Imperia, who received the Nobel Prize for his studies on synthetic plastic materials in 1963. The sea and the plastic are part of the artist’s DNA. 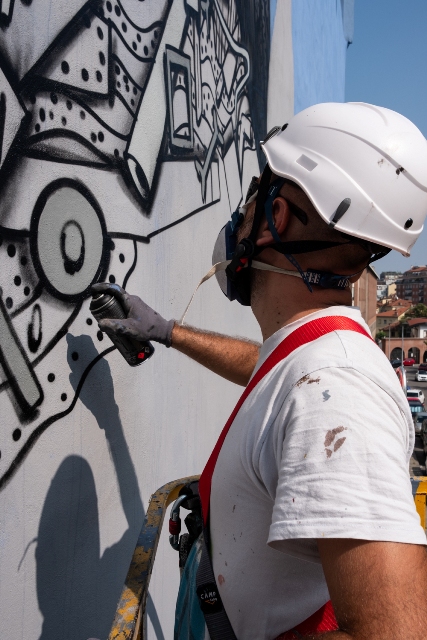 “I have interpreted the Goal No. 14’s theme – Life Below Water – using a whale as the main character of my work, being the largest marine mammal but also one of the most vulnerable. The whale represents the fragility of the marine ecosystem and the careless and shortsighted exploitation made by men”. 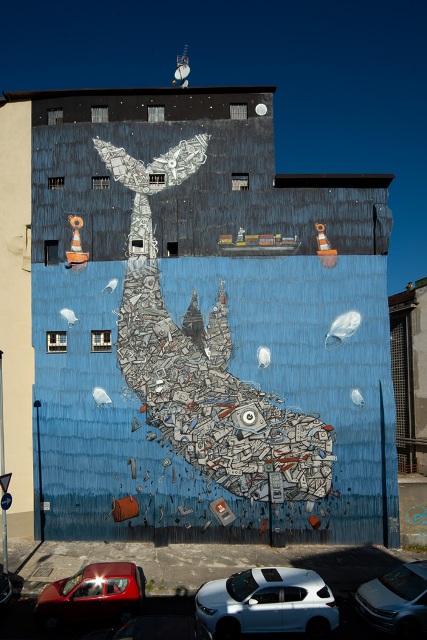 Even its location is anything but random.

The wall is located in Cardinal Cagliero street, in the well-known “Balun” area, close to the Porta Palazzo market. It is said “If Turin had the sea, its harbor would be right there, at Porta Palazzo”. The harbor perceived as movement, interaction, but also as something that remains secret and indecipherable within us, as poet Ungaretti loved to imagine. Life below water wants to be a condemnation of the exploitation and pollution of sea resources and a personal synthesis of the artist’s life but at the same time, a huge circle of hope for life and for the affirmation of its diversity.