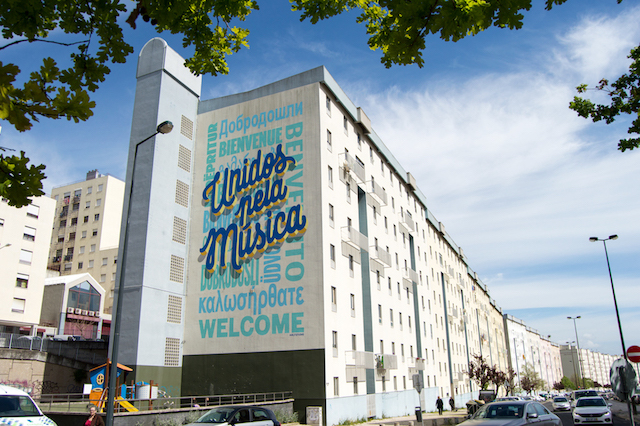 “The starting point for this intervention were the concepts of multiculturalism, music, diversity and the fans. Music acts as an element of union between people, a characteristic that promotes the existence of thousands of Eurovision fans around the world. This spirit of unity is the center of intervention, through the message “United by music”.
One of the most known characteristic of the Portuguese people is the ability to welcome. To celebrate that, the word “Welcome” was painted in the various languages of the Eurovision 2018 songs. This intervention was a commission of Câmara Municipal de Lisboa in partnership with Galeria de Arte Urbana | GAU.” 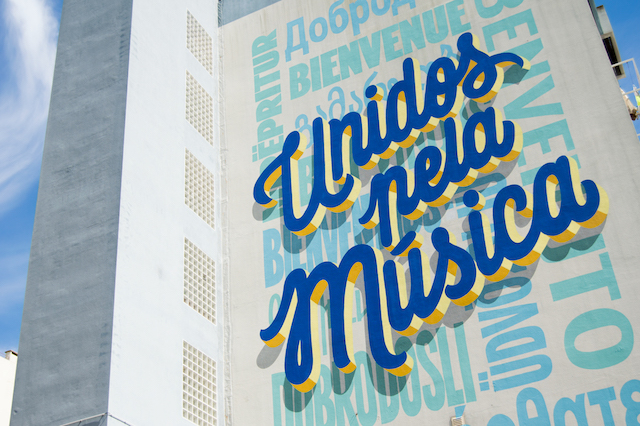 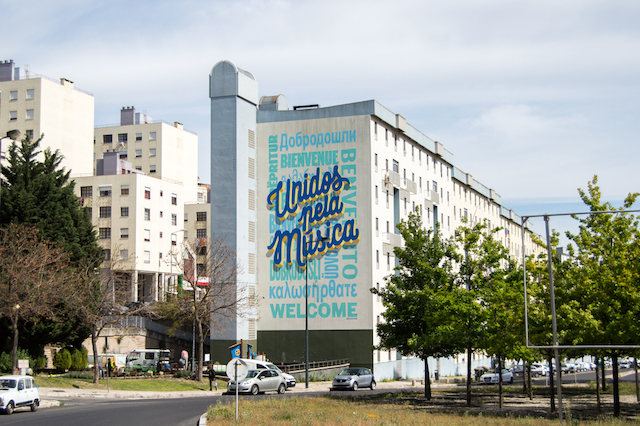 Halfstudio is a Portuguese Lettering and Sign Painting studio established by Mariana Branco and Emanuel Barreira (b.1986) which covers various creative fields always with the Lettering being the central element.
Their visual language is characterized by the use of three-dimensional letters and dynamic layouts with striking messages and vibrant colours. In their murals and urban art interventions the message is always inspired by the community where
the piece takes place.
The duo has been showcasing work in exhibitions and urban art festivals both in Portugal and internationally. 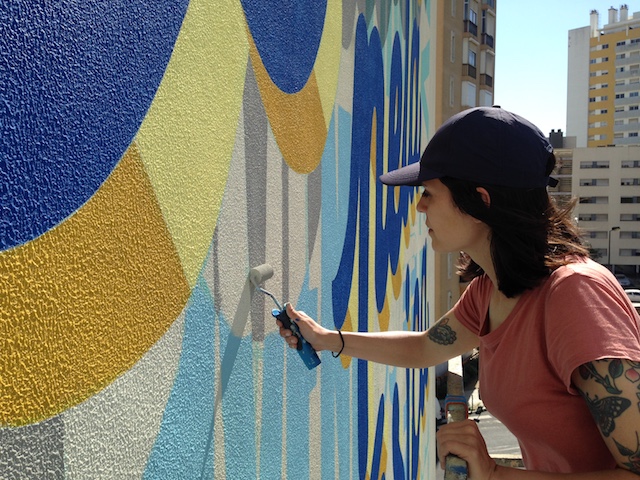