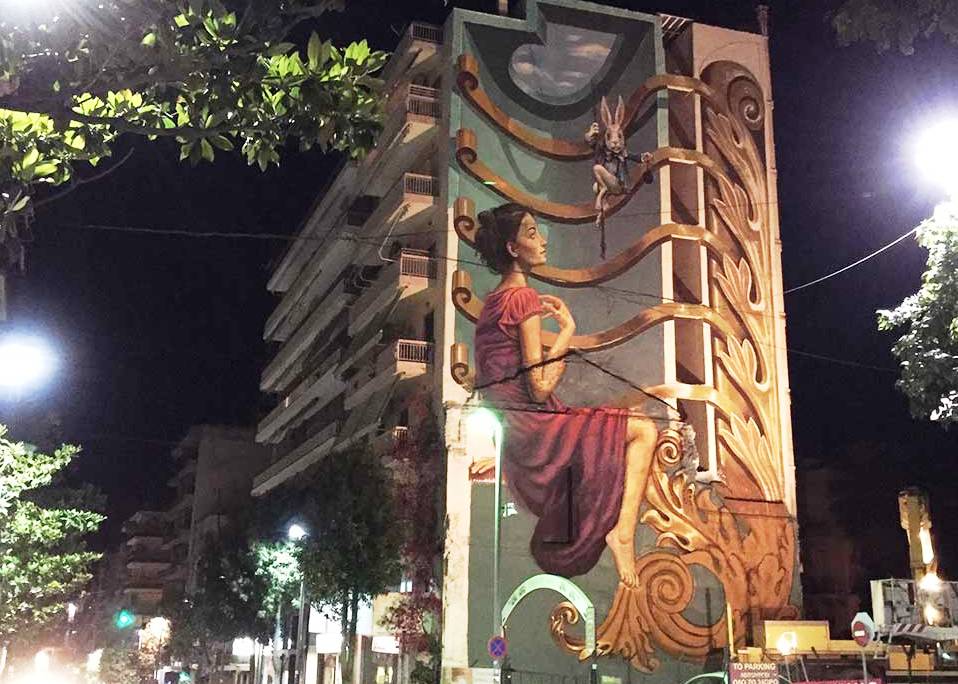 The 3rd International Art Festival of Patras | ArtWalk 3 is unfolding and it is about to offer a new artistic identity to the Greek city!

ArtWalk 3 was “inaugurated” by distinguished artist, @wd_wilddrawing who completed his large mural while it is also his first time to work in Patras. 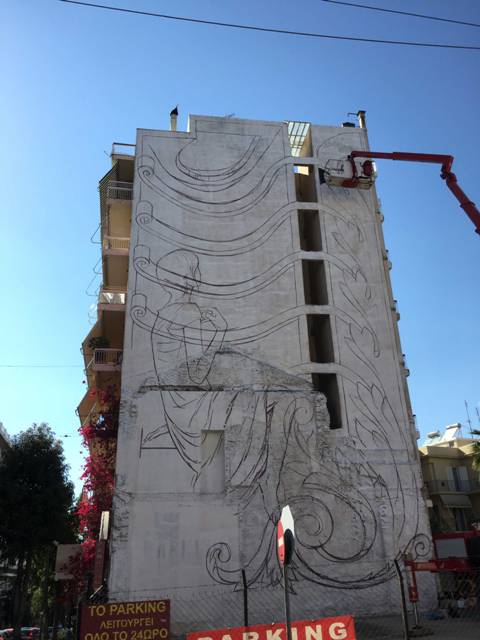 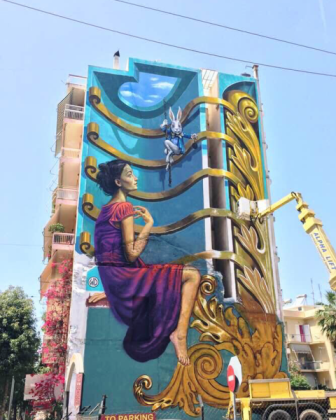 A photo shooting was organised at midnight at the point where WD worked as he had been in action from early in the morning in order to finish his masterpiece. The artwork has already impressed all passers-by and tourists visiting the city. 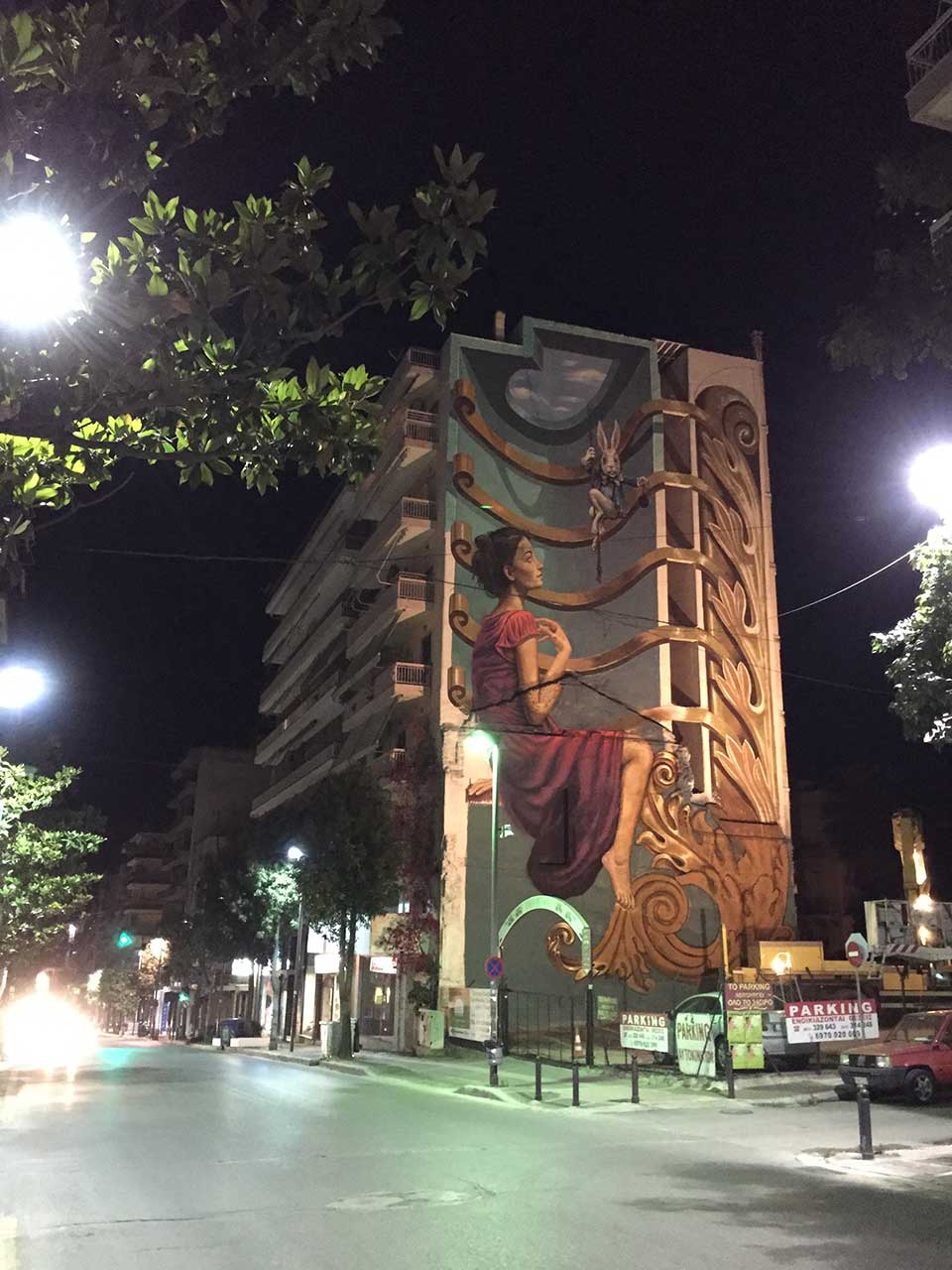 The magic mural is located on the intersection of Leoforos Dim. Gounaris and Vas. Rufos.

WD was born in Bali, Indonesia, and has completed his studies in both Fine and Applied Arts. His action in street art began in 2000, and he has also been working on his atelier over the years.